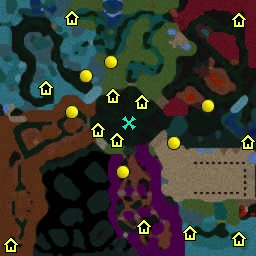 This bundle is marked as pending. It has not been reviewed by a staff member yet.
View usage Statistics Legacy download
Reactions: Mr.Henci, LovG, Knecht and 1 other person
Tale Of Crowley

Tale of Crowley is a single player, single hero adventure based to follow a Metroidvania theme ( Metroid + Castlevania).

Clear the 7 elemental chambers and find the Shadow

The game is designed in such way you can decide the order to clear certain chambers:
Fire Unlocks Water and Nature. Then Nature --> Light --> Darkness. and Water --> Earth --> Ether. 2) Each area has something

I focused in give on each chamber a different gameplay experience: 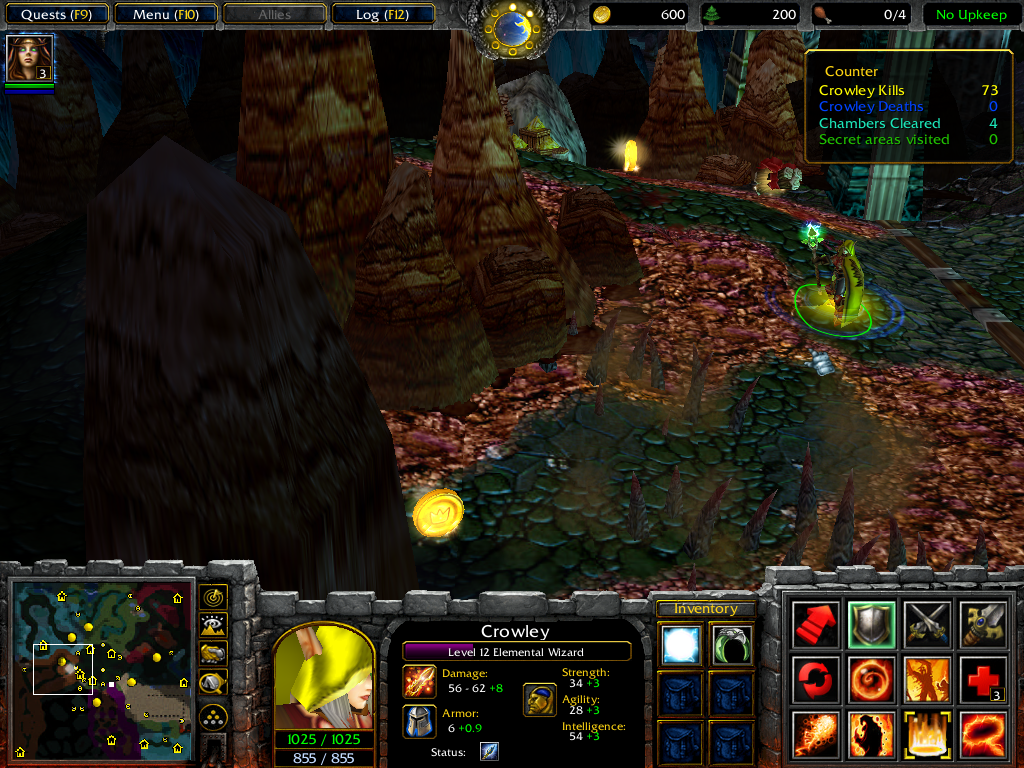 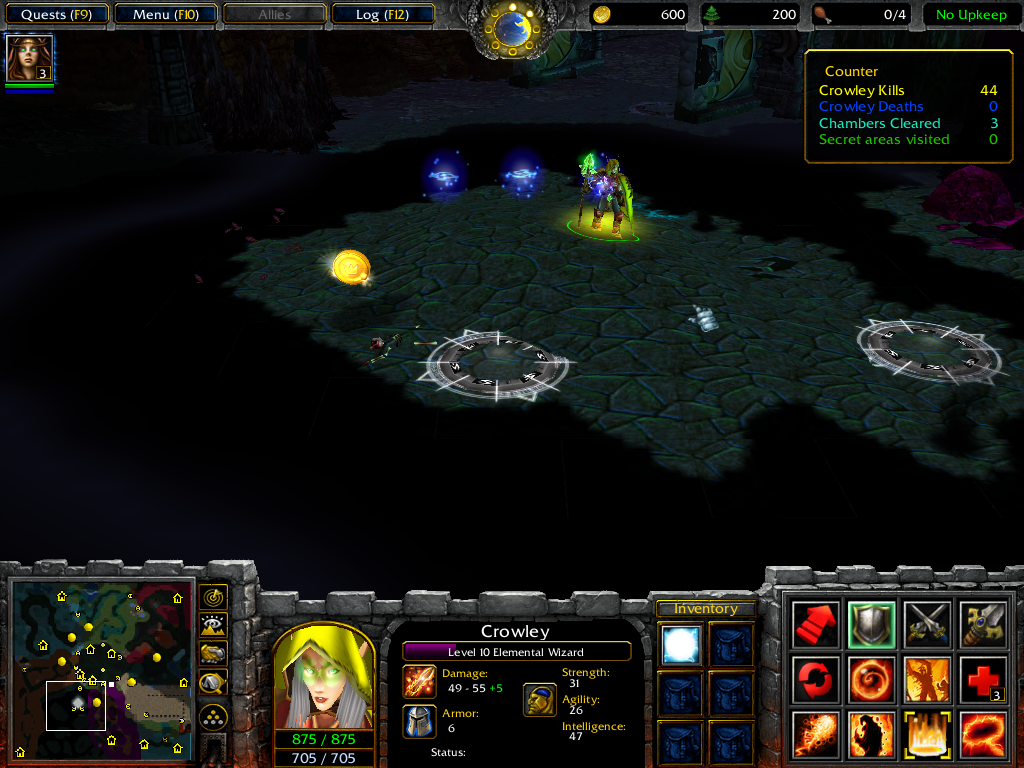 You can pick 5 elemental spell packs (water, Fire, Earth, Nature, Light and buy 2 on the shop (Ether and Darkness), all of them gives 6 spells of the element picked.

You can get another spell pack by using level points gained with each level, or using a tome of retraining. If you want to visit many secret areas, you will need to shift spell packs 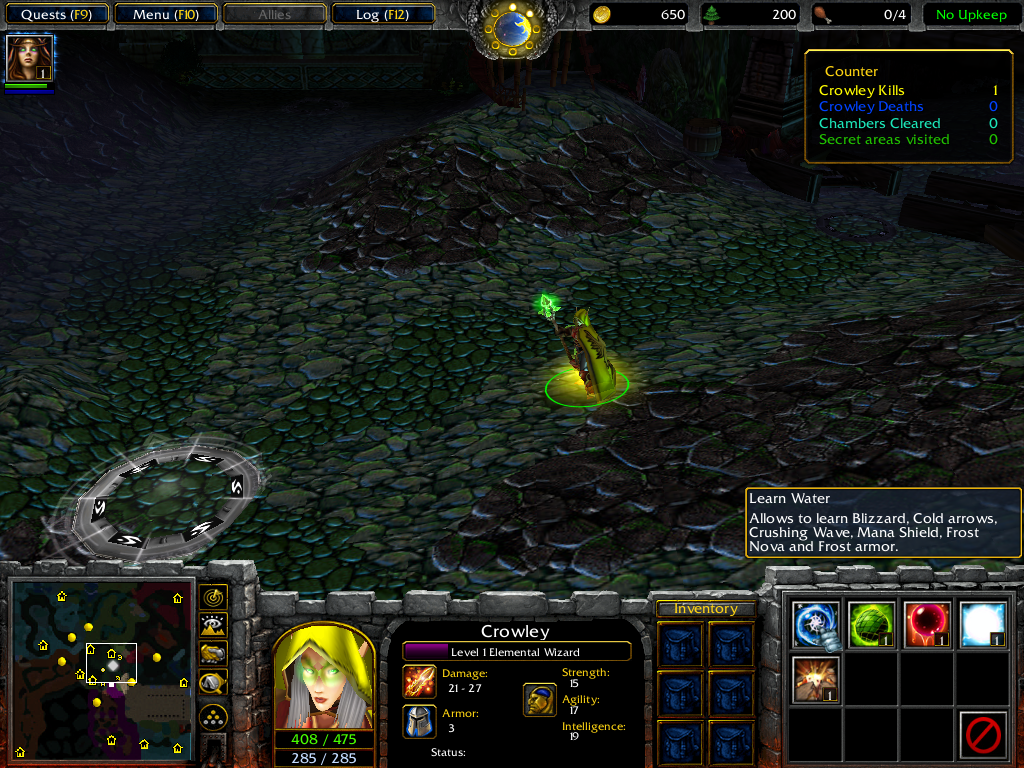 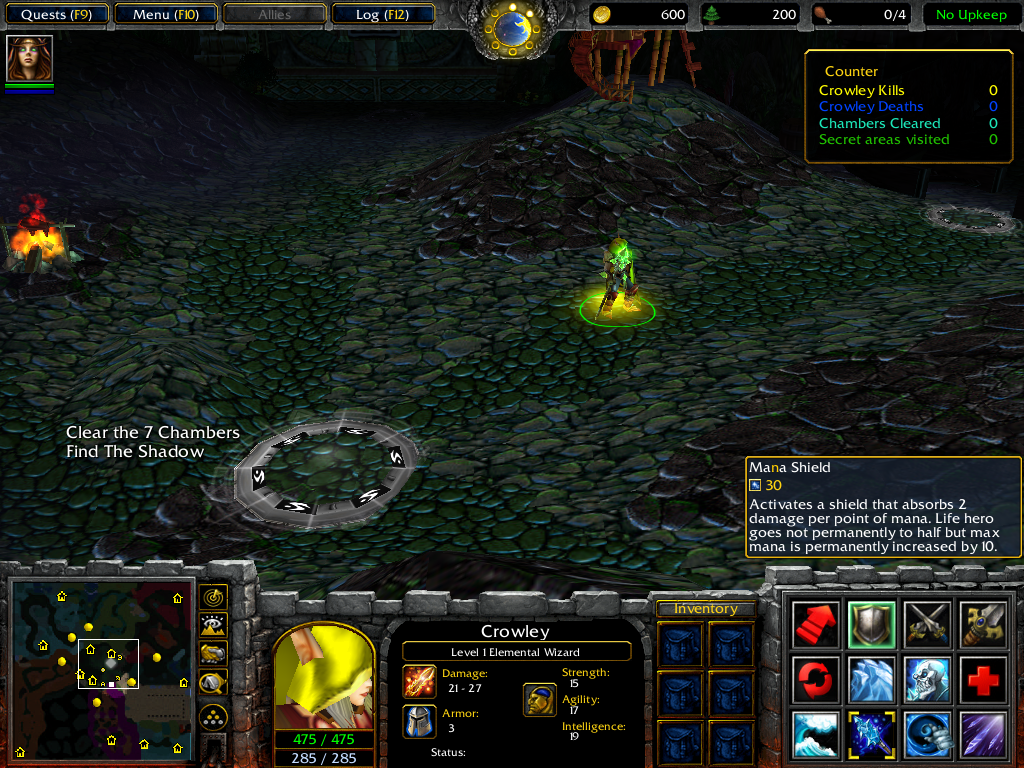 7 spell packs x 6 spells each pack. 42 spells have been altered via stats and triggers to give a different experience.
A) Skills that improves the hero and allow to obtain resources. Example: Entangling roots gives +10 wood each time casted.
B) Skills that permanently reduce hero stats. Example Inmolation: cuts permanently -10 hp of the hero when casting. Starfall reduces mana permanently by 25 points.
C) Skills that compensates other skills harming. Example: Inner fire: allows to recover 7 from the 10 hp points afer casting inmolation.
D) Skills with aditional effects. Example: Carrion swarm spawns a bettle. Bettle gain skills in numbers.
E) skills that improve. Example Frost nova improves levels when casting. Heal skills improves the healing amount considering the level of the hero 5-10-15-20.
F) Skills that open doors. Only 7 skills one of each element do that. Example Flame Strike can open fire doors.

5) Optional areas to be unlocked

After a chamber is cleared, optional areas can be unlocked by casting certain elemental spells. 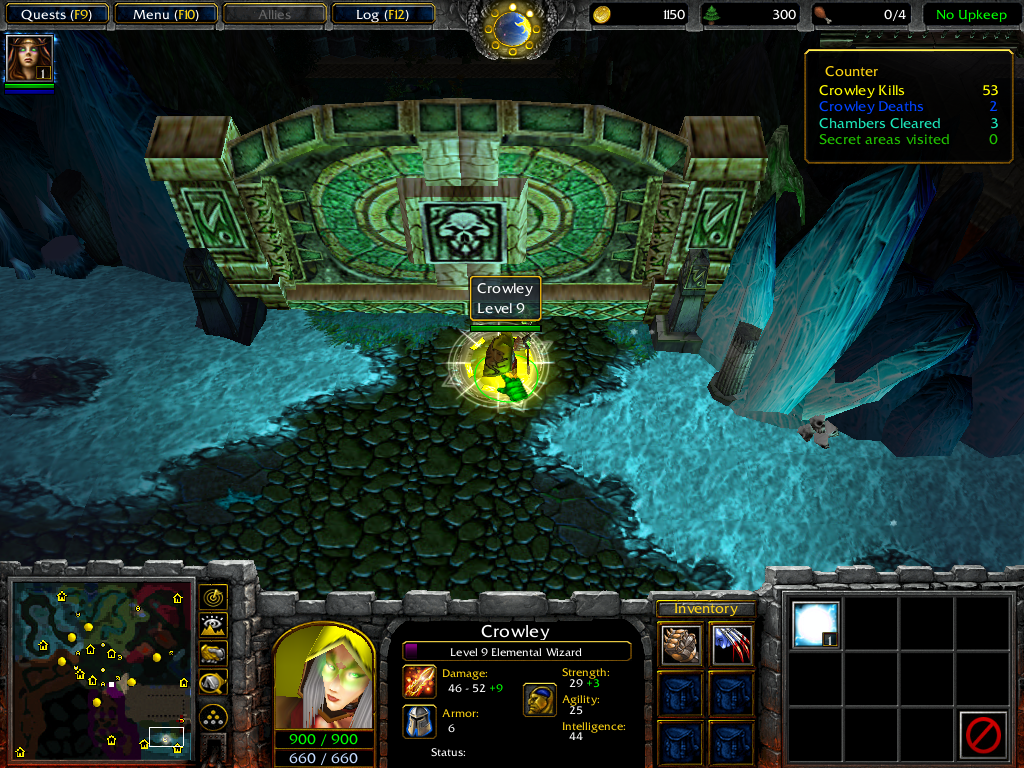 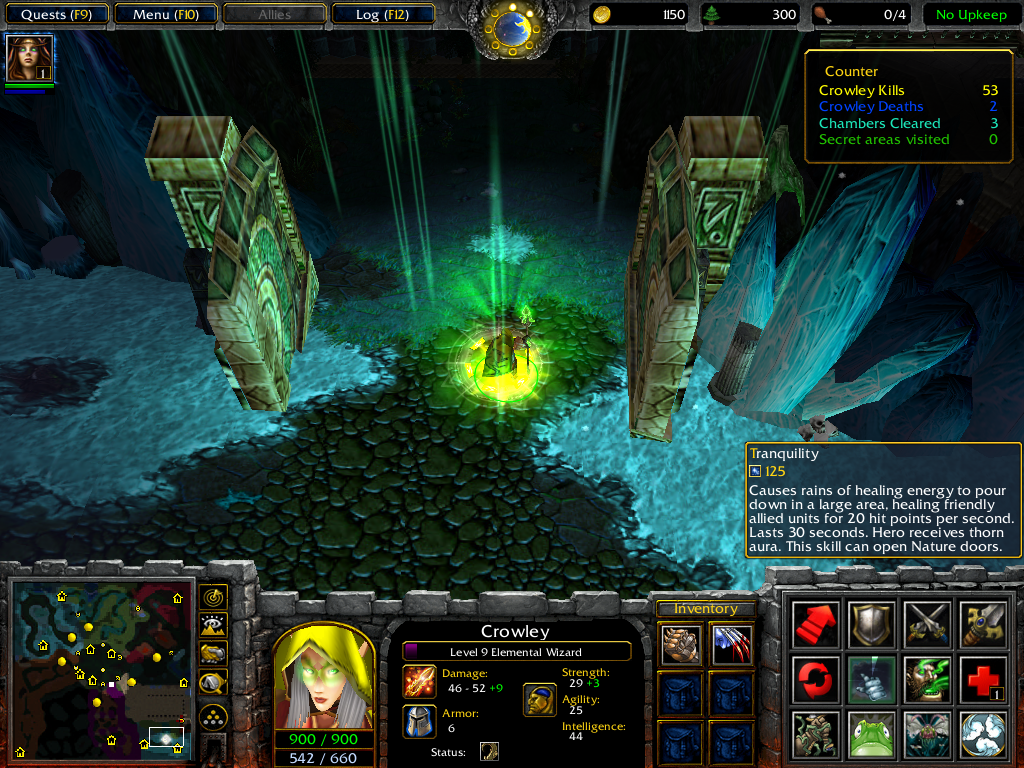 I aimed for a small map to reduce walking disances to give a more fluid experience and encourage to visit again the same areas.

There many neutral buildings to make areas to be interesting to be re-visited such as fountains, custom shops, marketplaces, merc. camps and mines. Main Hero can mine gold from mines using the earth skill pack. 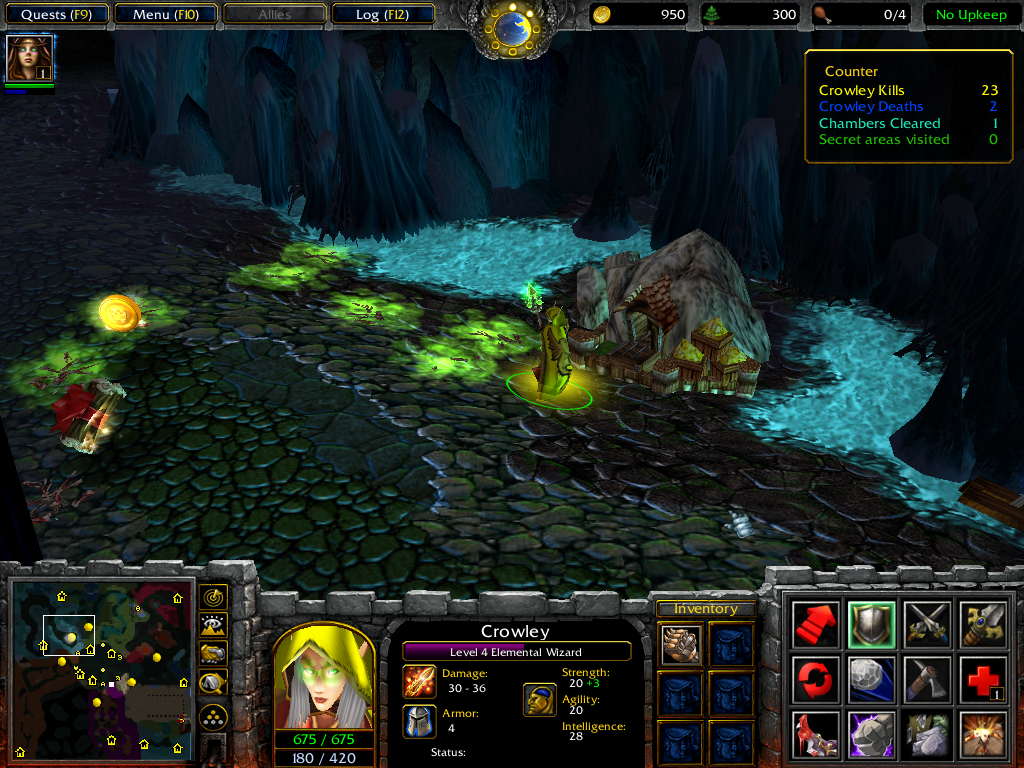 You will never forget this, I promise 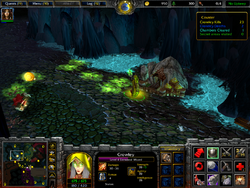 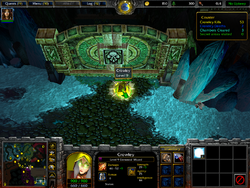 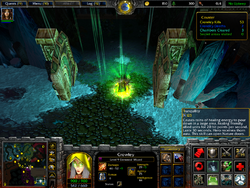 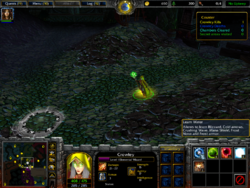 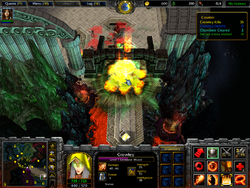 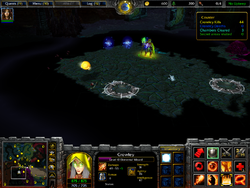 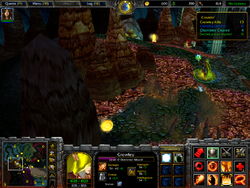 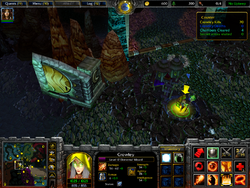 Maps 1
Hello there. I just finished playing it and these are some suggestions or things I found odd:

Some things to consider:
Overall I like the idea, it was fun to play. It can be improved in many ways. I think the scale leveling is ok. Wasn't that hard nor too easy. Sometimes I did have to think before going.

I'd suggest some more custom spell for the bad guys, or some mechanics (specially the bosses). But it's good, I liked it! Maps 51
Hi thanks a lot for the feedback! and for playing my map very very usefull,
an extention has been granted so I can use this time to improve further my map

LovG said:
Hello there. I just finished playing it and these are some suggestions or things I found odd:

actually thats a very good idea, I can add a moonwell in the initial area.

mmm I dont know, feels very rewarding... specially on very high levels.
I am also thinking in cut 4 hp and 4 mana point for each death muahaha.

damn... thanks for telling

1-is not hard to figure out
white floor light
lava floor fire
ice or water, is water
rock chunks is... earth.
green grass door is nature.
violet portal if you were in the violet area full of portals is ether
the demonic door that goes for the dark area is the same that opens an optional dark area.

2- If you play games like Kirby, Metroid, Zelda, certain things are VERY VERY VERY HARD to figure out, either you figure out or google how to do it, this is the soul of such games. Figure out is a reward itself.
I had a beta tester and he didnt pointed it was hard to figure out the 7 chambers 7 elements stuff.

I played this game, all doors can be open.

I can do that.

easy fix, just add a wait ... seconds in the trigger and wala. thanks

thats the idea, since heal can heal herself, holy light can only heal mercenaries, also thats how the original skill works.

LovG said:
Some things to consider:

noted gonna fix that. yeah should be same cost.

it does drain, I am kinda experimenting, since permanently cuts health, it stalls mana regen at higher levels, maybe gonna increase just a bit but not that much.

thats the idea of the score bonus,by getting a score bonus you get that free reward, if you click the circle it says as name score bonus.
probably I need to explain that more in hints...

need to check, but thats ment with the last 2 bosses to point the spawn of the last item.

damn yeah got it. need to change that spell

need to remove the item from the game.

another wait... in the trigger no problem
the levers activate the portal where the miniboss is, not all of them just 2 of them. thats the task.

you can spend it in the nature area merchant, now if you didnt want to buy the stuff there, thats other story.

LovG said:
Overall I like the idea, it was fun to play. It can be improved in many ways. I think the scale leveling is ok. Wasn't that hard nor too easy. Sometimes I did have to think before going.
Click to expand...

LovG said:
I'd suggest some more custom spell for the bad guys, or some mechanics (specially the bosses).
Click to expand...

actually they are minibosses, but shure why not.

LovG said:
But it's good, I liked it!

Well, that was some experience.

Overkane said:
Well, that was some experience.

hi thanks a lot for your feedback, most usefull.

1) is a cliche, a lot of games, have the shadow version, you have to defeat your shadow, prince of persia, the legend of zelda, metal mario, it was ment as cliche.
2) true thanks, gonna work on that.
3 there is no way to make custom music work properly in reforged version, I was studying the subjet and is not posible at some point music breaks and spawns custom human music., about the tracks, all of them are neo ranga ost, I got inspired to use such music.
and the idea is, is weird music that was the fun of it.
4) I am sad to inform that certain triggers have probabilistic bugs, in my version it doesnt bug, but it can happen a triggering overload and the last created effect is not deleted, is ugly but sometimes even most basic things fail.
is not casted by itself when is in cooldown, the skill has 2 parts, the casting part and the trigger part, after the cast, the trigger cast again and again many times.
the idea was to have an intermitent shield less overpowered than the original shield.
gonna fix the origin.
Last edited: Dec 26, 2022
You must log in or register to reply here.