Contestants should create a playable campaign, with at least 2 chapters. The theme should revolve around war. Storyline and character creation is left to the contestants' taste. You can either solo or form a team of maximum two members to join the contest.

Use this in your signature, in case you are looking for a partner:

Maps 1 Tutorials 1
I'm in.
My submission will be called Adventus.

Maps 4 StarCraft II Resources 1
I'm in. If anyone want's to team, i can terrain and do work with unit,buldings and such.

Models 32 Icons 3 Packs 1 Maps 5 Tutorials 1
I'd rise reputation prize, campaign isn't something like doing a simple model, it takes months to make it look good. I would say increase at least rep count to 75/50/25

Maps 1
I'm in, if you'd like to team up Bugz, I've got an idea for storyline/gameplay already

Maps 1
a campaign contest O:
i haven't made a real campaign before, but if i'm successful in creating a dummy campaign this week, i'll join

Spells 5 JASS 14 Tutorials 1
I'd say that Techtree contest rep awards should be higher too.. Standard 1model/1 texture/1 hero etc 50 rep. Whole race.. 50 too? It's a bit wierd, since it requires much more work to be put into project to make it looks realy good.

Icons 4 Spells 7 User Interface 1 Tutorials 1
Higher judging score seems to be confusing and the points are not fairly given or taken out. I wanted to keep it simple. ;]

Models 80 Packs 2 Skins 1
Gonna most likely enter with Chizume, but it's not shure yet.

Tools 1 Maps 13 Spells 1 StarCraft II Resources 1
A campaign that's already started and I didn't know anything about it? I've already gotten everything I've always wanted too, except for an award...
SCREW THIS I'M TOO BUSY MAYBE I'LL JOIN A WEEK BEFORE THE DEADLINE

My campaign is gonna be a battle between TRAP and Ponies

Icons 1 Skins 1 Tutorials 2
I started on my intro map... However it is not Ponies vs Trap

Maps 1
can i ask something about this:


Pharaoh_ said:
Did they enhance the understanding of the lore?
Click to expand...

is the campaign supposed to be about warcraft 3 lore or can the entry have a lore of its own?

Models 2 Icons 94 Skins 65
Ohh, this looks interesting. I'd be interested in joining, but I'm pretty much into everything except creating an actual storyline XD, always viewed those more as an excuse to kill stuff and a basic explanation for why you get to use some RFC stuff than anything else.

So basically I'm down for teaming up with someone who is more interested in writing the storyline for a campaign (being great with triggers is always a + to, I'm so-so with them at best).

One question though; how much like the WC3 champaigns should this one be? Considering the guidelines are pretty open-ended I'd assume we aren't making (more or less) a tutorial to play a racial techtree, and rather we could do something pretty different from wc3 gameplay like change the function of armor to grant evasion rather than % damage reduction, right?

Icons 4 Spells 7 User Interface 1 Tutorials 1
Yes, of course, I am not fond of the default mechanisms myself, just make sure you explain everything thoroughly!

67chrome said:
Ohh, this looks interesting. I'd be interested in joining, but I'm pretty much into everything except creating an actual storyline XD, always viewed those more as an excuse to kill stuff and a basic explanation for why you get to use some RFC stuff than anything else.

So basically I'm down for teaming up with someone who is more interested in writing the storyline for a campaign (being great with triggers is always a + to, I'm so-so with them at best).
Click to expand...

I can write a storyline, and make terrain. Sadly i am a so-so to triggers aswell.

Models 32 Icons 3 Packs 1 Maps 5 Tutorials 1
It would be nice to work with 67chrome, but I'm not the one because:
- I suck at doing storylines too
- I'm already making an other campaign (having other dude to do the story)

You could do based on some book though

and what is RFC?

Tools 1 Maps 13 Spells 1 StarCraft II Resources 1
Oki, me and KayS will be joining the contest as well :3

I think i'm gonna join since this Co-incides with 2 weeks of holiday. Free time =D

If Anyone wants to be a team. "I would be happy to" (Peon quote =D)

ronojales said:
can i ask something about this:

is the campaign supposed to be about warcraft 3 lore or can the entry have a lore of its own?
Click to expand...

Anything you wish, War3 or custom lore, just make sure it is revolving around war.

Tools 1 Maps 13 Spells 1 StarCraft II Resources 1
Too bad we don't have that much time ;_;
Anyways, me and KayS already have the storyline written down.

Icons 2 Skins 2 Tools 3 Maps 10 Spells 5 Templates 5 Tutorials 6
I'm busy with school and I can't let SotP down so I won't join.
Still Pharaoh_ I would like to judge, so if you need someone for the job sign me in

Reason:
I'm back to workin on SETAI's Revenge...

-Kobas- said:
I'm busy with school and I can't let SotP down so I won't join.
Still Pharaoh_ I would like to judge, so if you need someone for the job sign me in
Click to expand...

Maps 1
there are still no WIPs here.

waiting for someone to post first before posting mine XD

Spells 8
Huh,maybe i need 1 month to complete my campaign xD

Since no one wants to team or have not expressed interest i will begin with terrain when i reach malta . Yey Holidays ^^

For those who have not thought of a story line or anything yet let me present you with this.


Maybe it can get things flowing in your mind.


Pharoh You entering. Oh god we all lost now Looking forward to seeing yours.


Good luck all as always

Models 80 Packs 2 Skins 1
Due personal problems of Chizume I'm going to solo this.

Basic idea is a fallout style campaign with designing-wise features from rage and borderlands.

Although I still don't know how to use custom data/imported files from the campaign editor in the maps. I'm LOST: Part 1

Spells 8
Wow,nice one vengeancekael,maybe i will quit soon,because exam coming,what the hell!!
You can visit my album for newest picture
EDIT: I can't see your pictures.

Models 80 Packs 2 Skins 1
Looks quite nice kael, but maybe do something more with the forest, bit more height variation and grass and stuff.

Never thought I would find a use for these trees.

Models 3 Icons 31 Skins 16
In case the amount of freetime is enough, Grievous 1 and myself will try to participate here.

Here is what I have done so far. Was thinking a Castlevania meets Diablo I style for the gameplay. Sadly, it doesn't seem very war is everyware atm, but without any storyline zombies seemed like a good idea for mobs to test stuff against.

An yeah, since it's a campaign I splurged a bit on the imports. (You can use any of my skins in this if you credit me btw).

If anyone is interested in helpin' me with a story I have decided upon a main character, because A: I think displaying armor on a character w/ skins would be cool, and B: I did like, 20 sentry skins already.

Icons 1 Skins 1 Tutorials 2
I got some of the terrain done. Yay

I think this image is appropriate for my post. 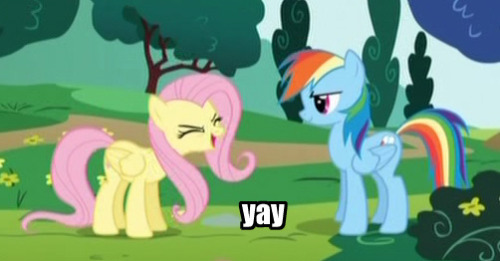 Maps 1
i'm just often wondering why this contest isn't in the Notices section.

Models 2 Icons 94 Skins 65
Not just any moderator can put a contest in the notices, you need special permission to do it. Usually I'd just ask pyrite to do that sort of stuff for me when I hosted a contest/voting thread.