Rise of the Necro Knight v1.2. 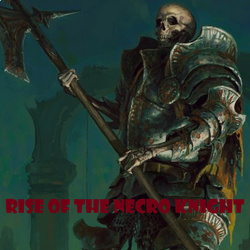 Rise of the Necro Knight

Takes place in fictional kingdom of Androsean, where young mage named Aneglur seeks power trough necromancy. Neglected and underappreciated he seeked for his glory. Local authorities assumed about his actions. King sent men to kill him. Even after his death dark powers were still in him and he raised him self as powerful necromancer-warrior with one mission to take vengeance.

Aneglur have unique ability to raise slained enemies permanently.
Campaign will have lot of secrets, including hidden corpses of legendary warriors.
Campaign is short, 4 playable maps, hope you enjoy it.

Mvyrea
I understand it's a demo, so I guess it's normal that there are many things to fix. Regarding the prologue, I think that I should not use a model as recognizable as Arthas for another character, it does not look good. On the subject of the models, I...
Read full review...

Paillan
After a test a couple of things: Mayor issues: - There's no info for the player that they need to break the granary to get to the town from behind. - The prologue has a victory screen to end them map instead of sending the player to the first map....
Read full review...

cleavinghammer
Loading screen image should be better cropped, there are these weird white shapes at the edges. English needs a lot of correcting, but is understandable. Cutscenes are unskippable. Given how important Second Chance is to gameplay, it should have a...
Read full review...

deepstrasz
Same issue, the hero does not appear in chapter 2. It works on 1.27 though. But we require it to work on the latest patches as well. Awaiting Update. (previous comments: Rise of the Necro Knight v1.2.)
Read full review...
Reputation Statistics
Page 1 of 3
Show Ignored Content
Page 1 of 3