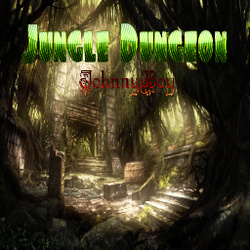 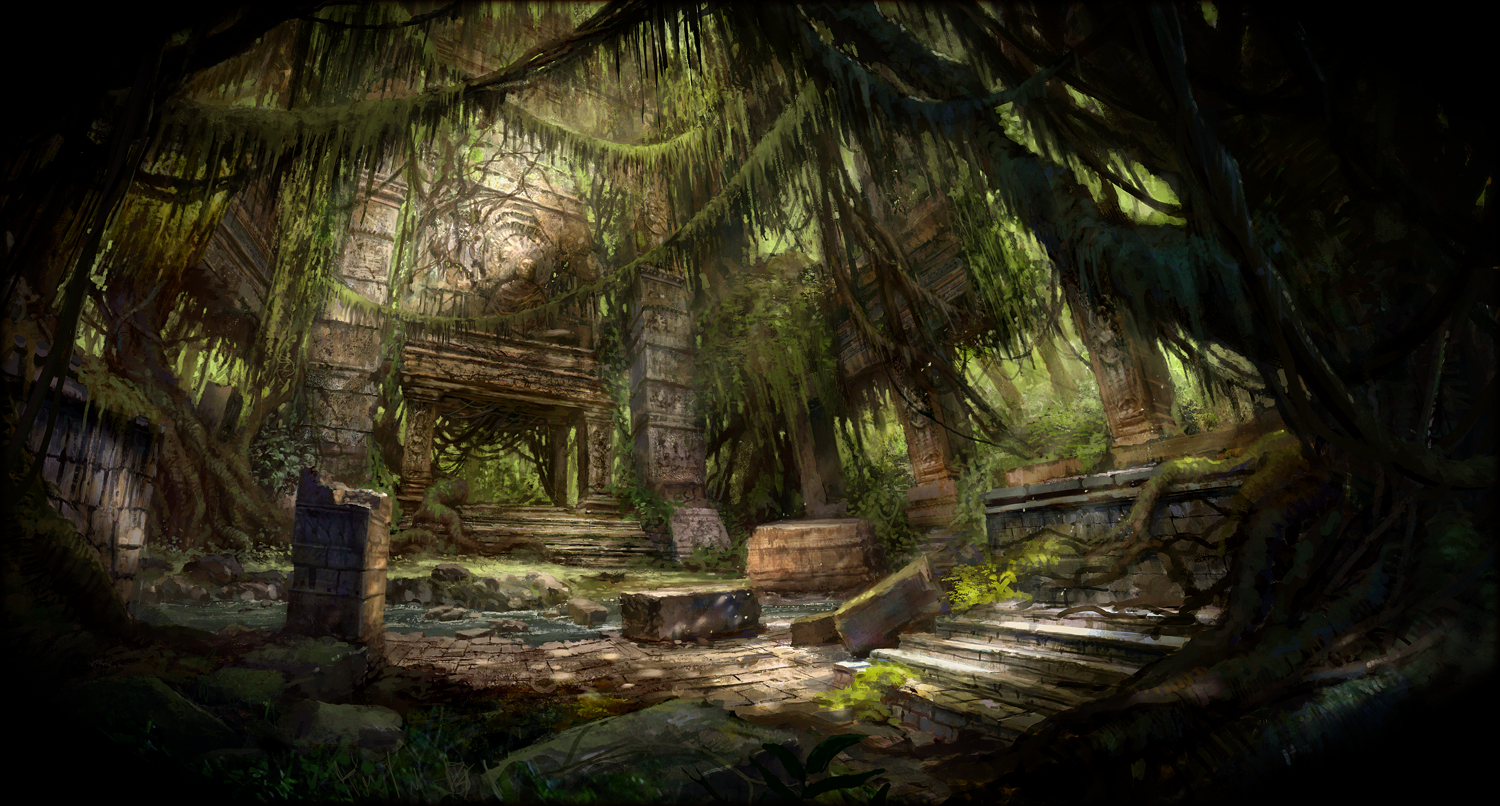 Jungle Dungeon is a co-op PvE adventure located in a large jungle, with epic Boss-fights and selectable PvP Arena Battles. Inspired by the raid format in World of Warcraft. You progress through the dungeon with your companions, growing stronger by time and reaching checkpoints. Strategy, teamwork and communication is key. You are in for a true adventure...

Will your team be able to make it all the way? 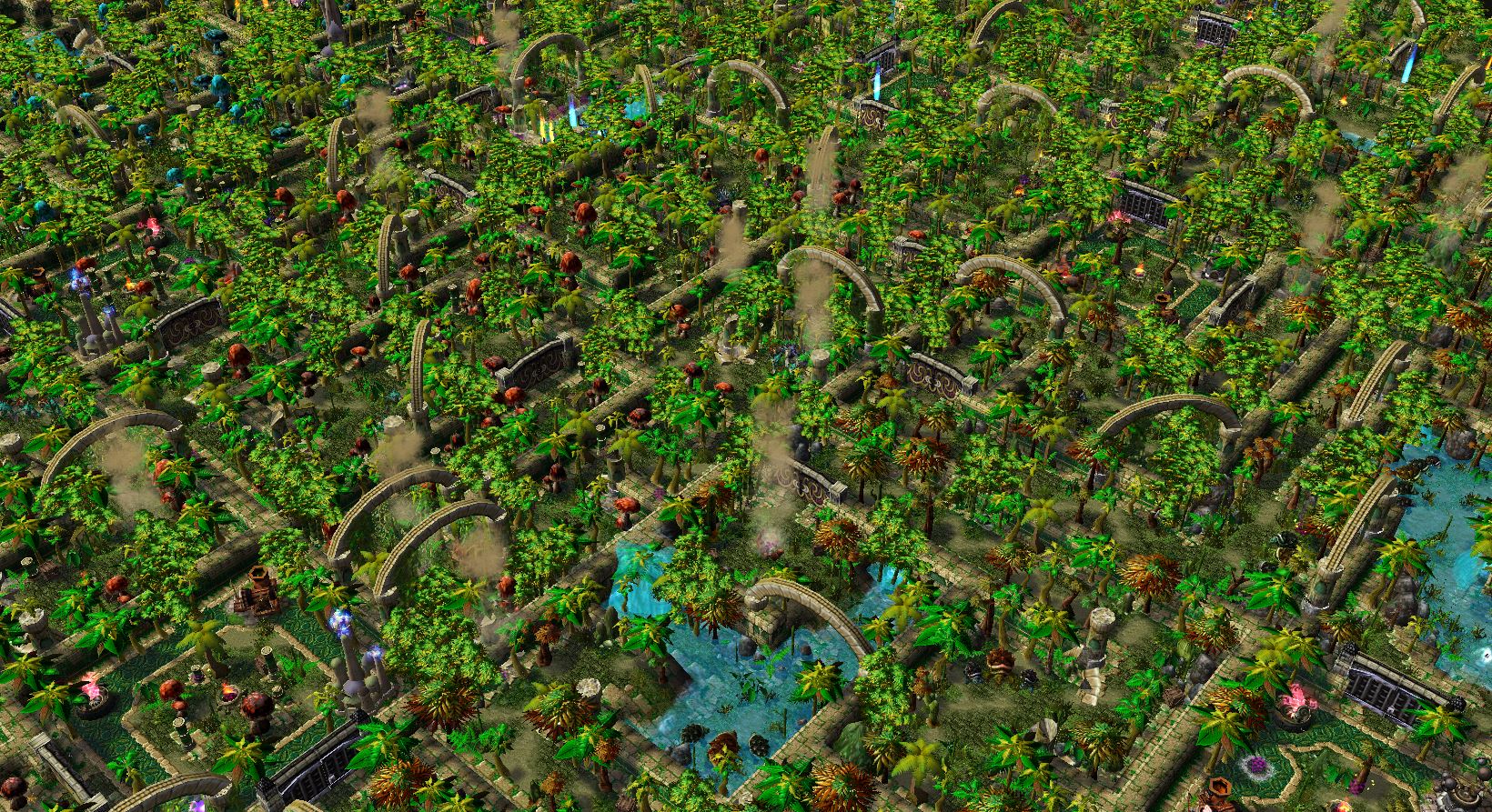 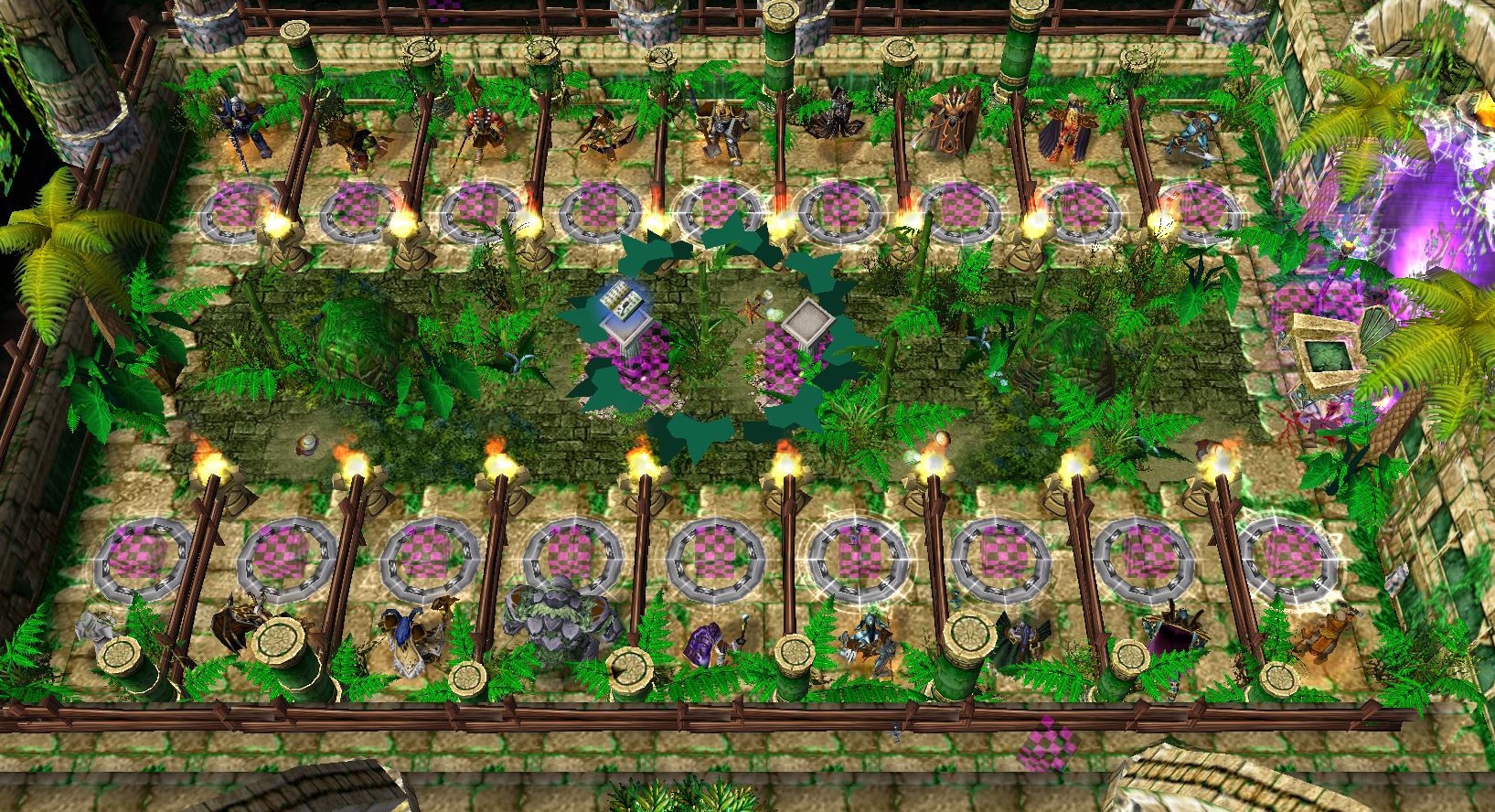 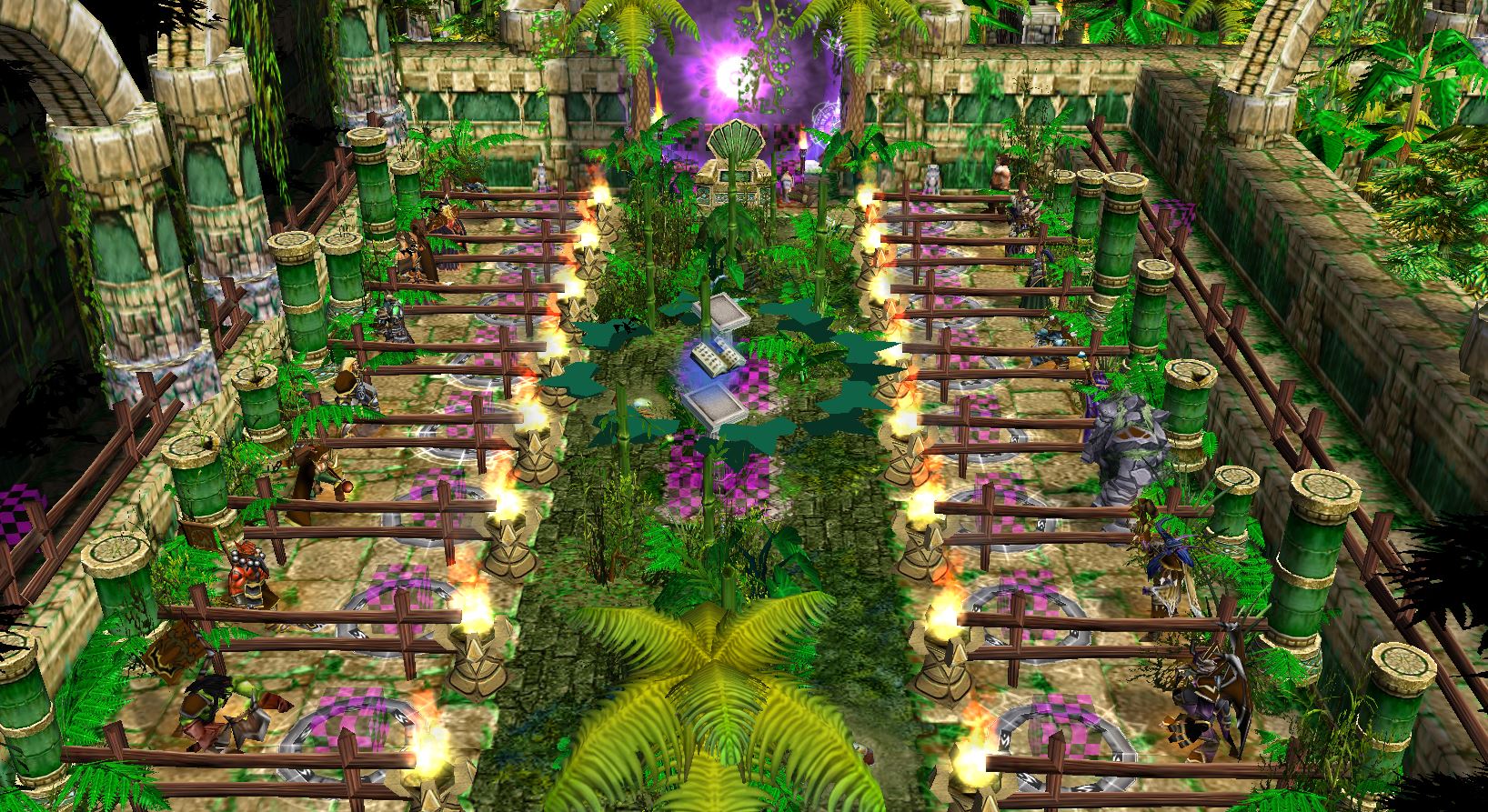 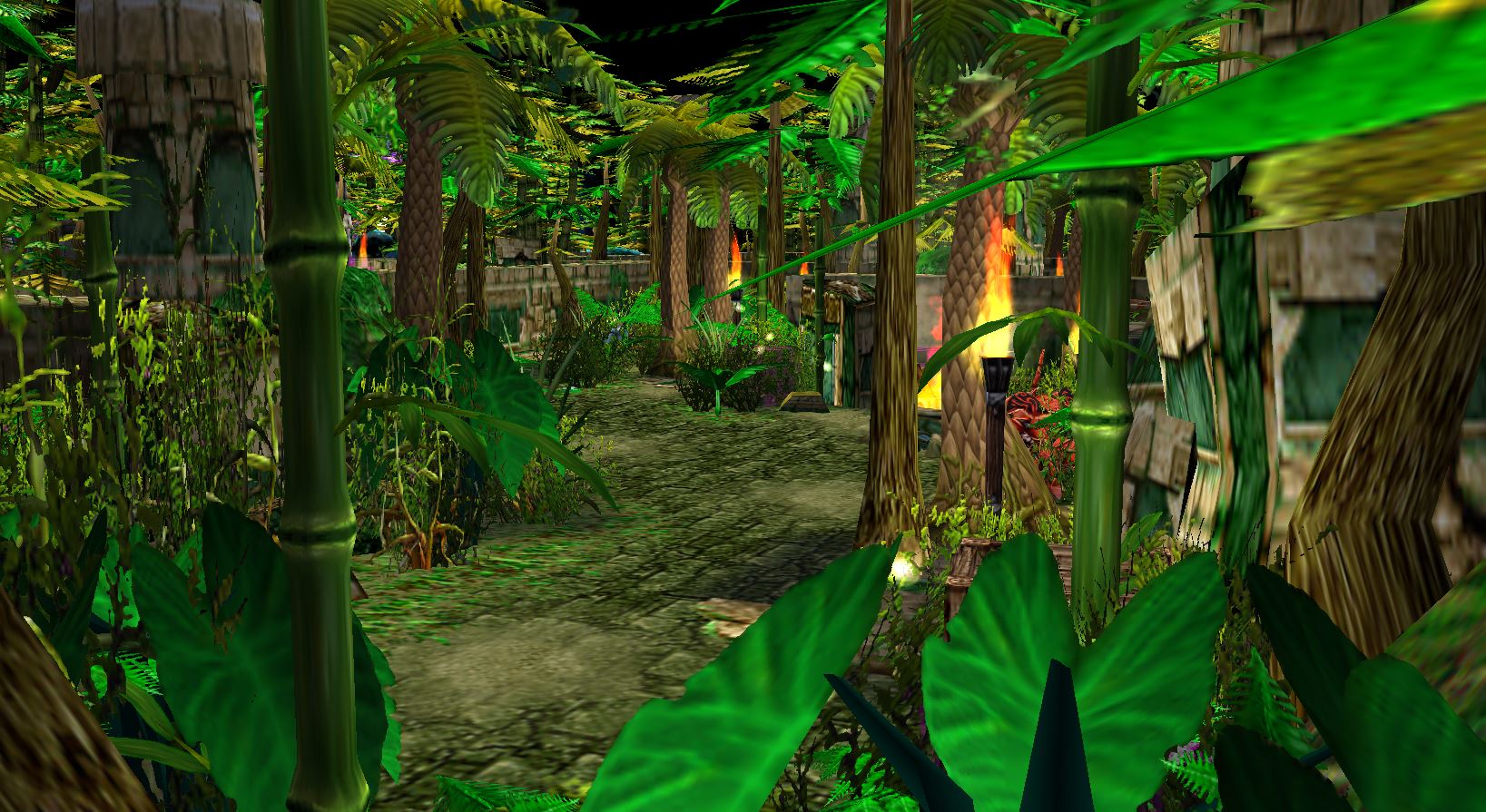 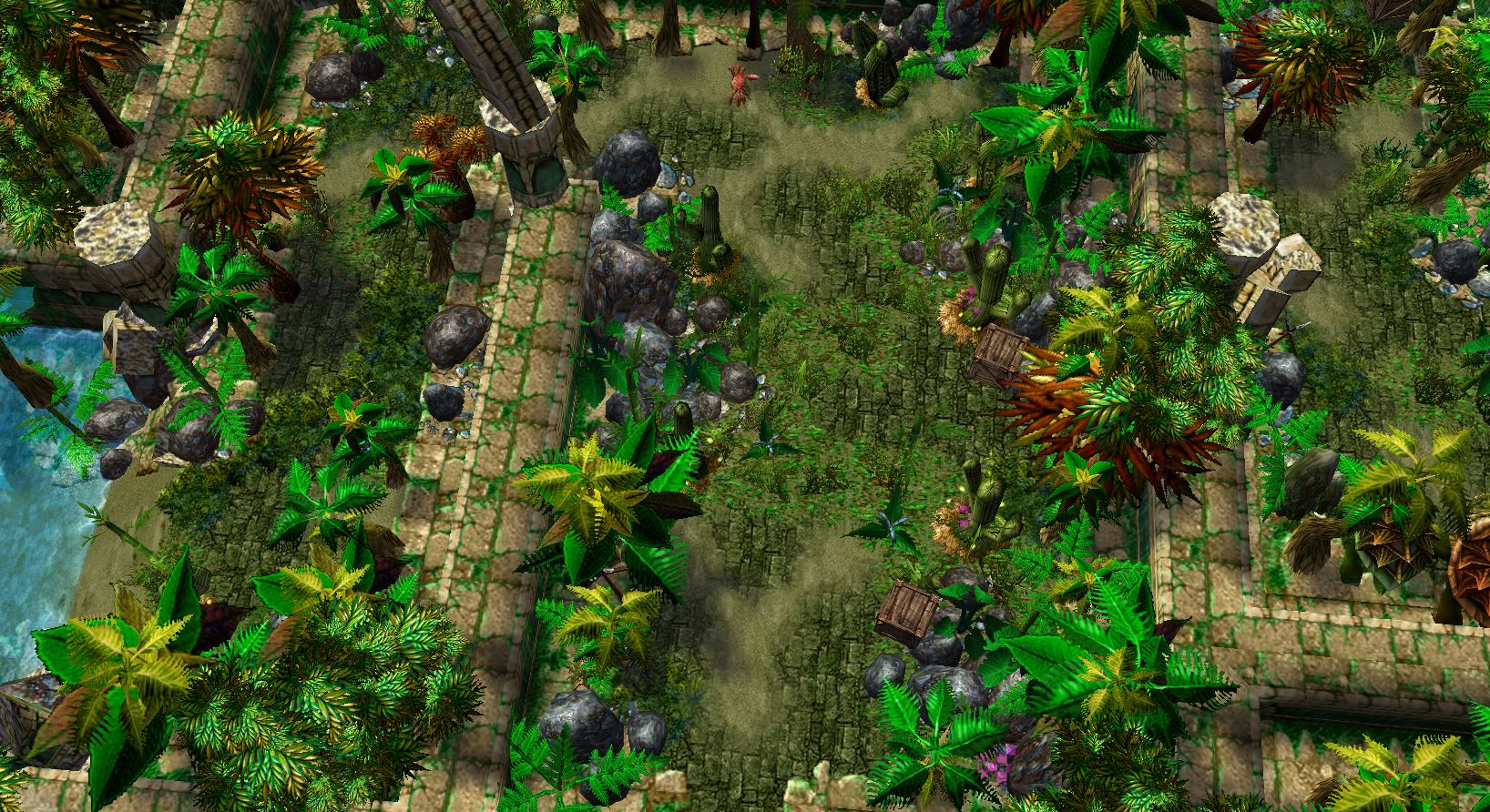 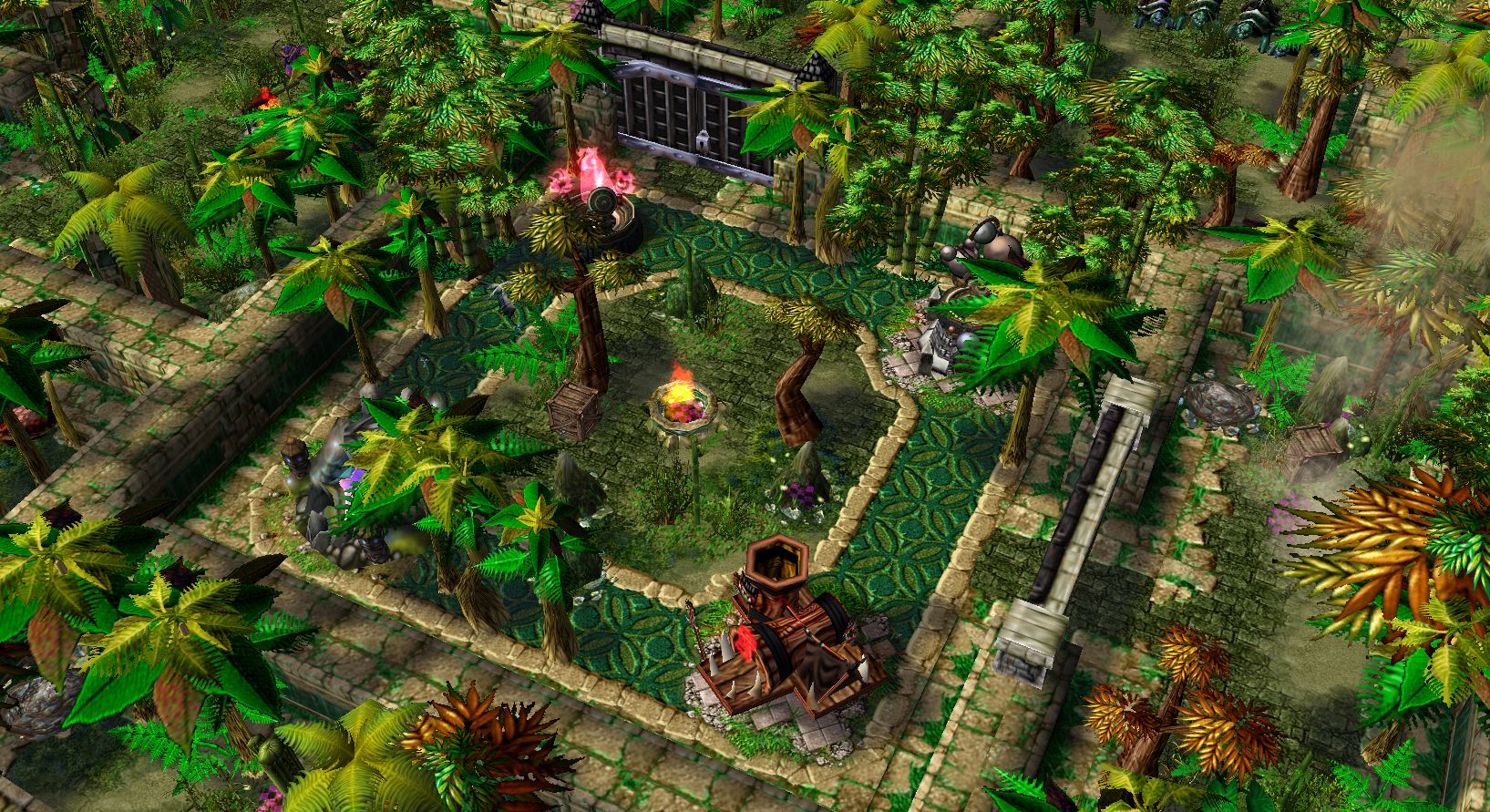 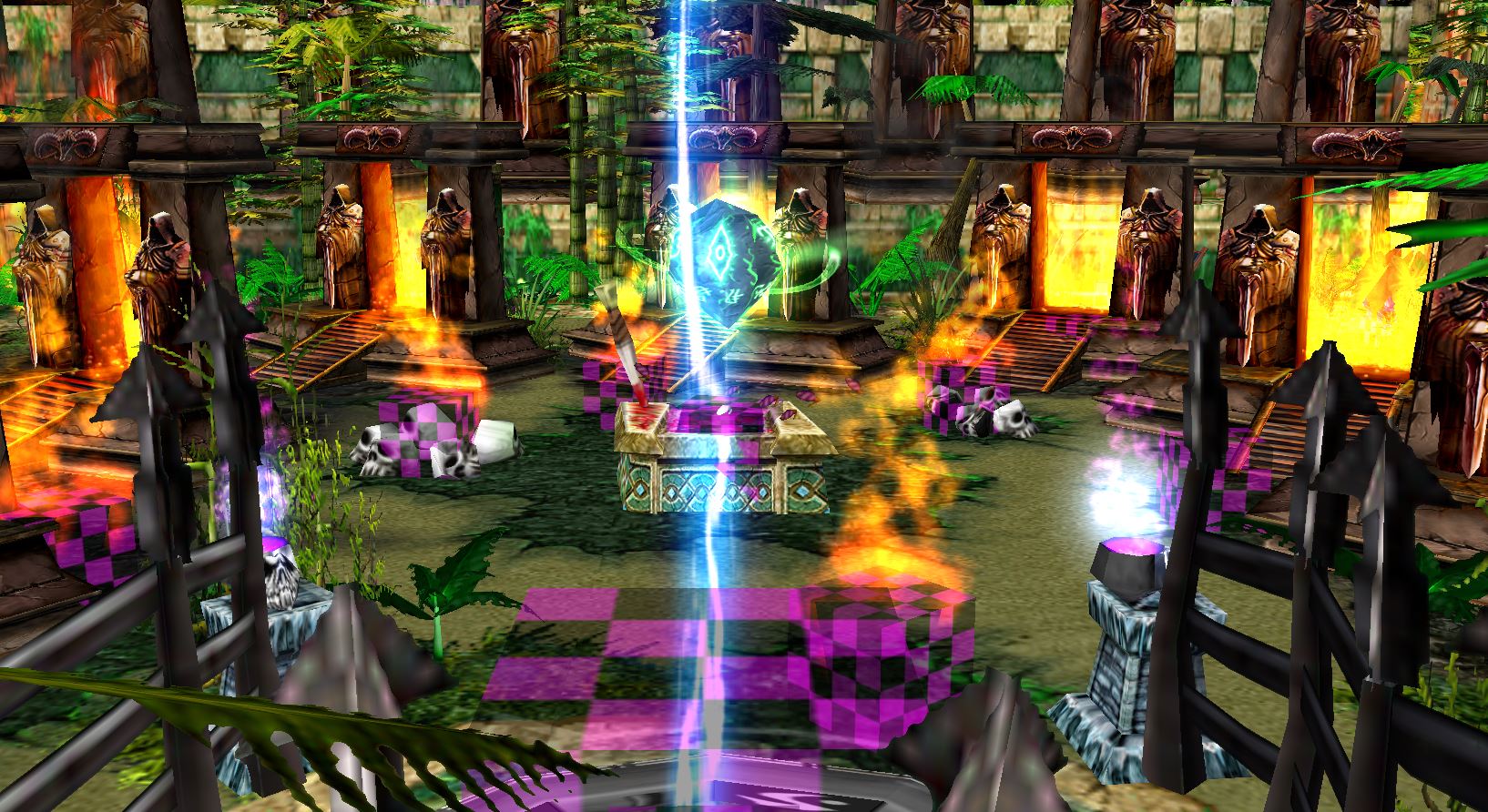 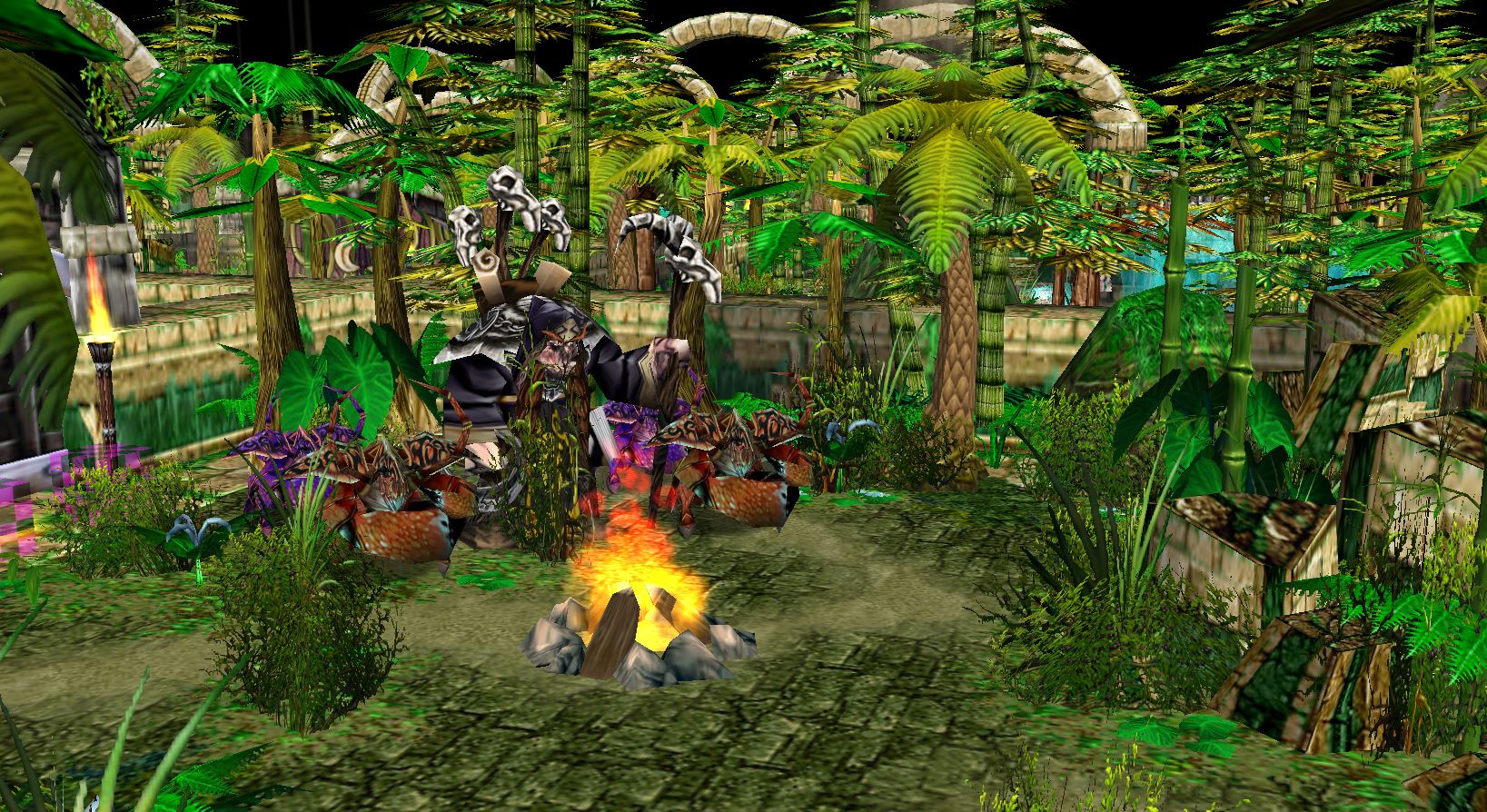 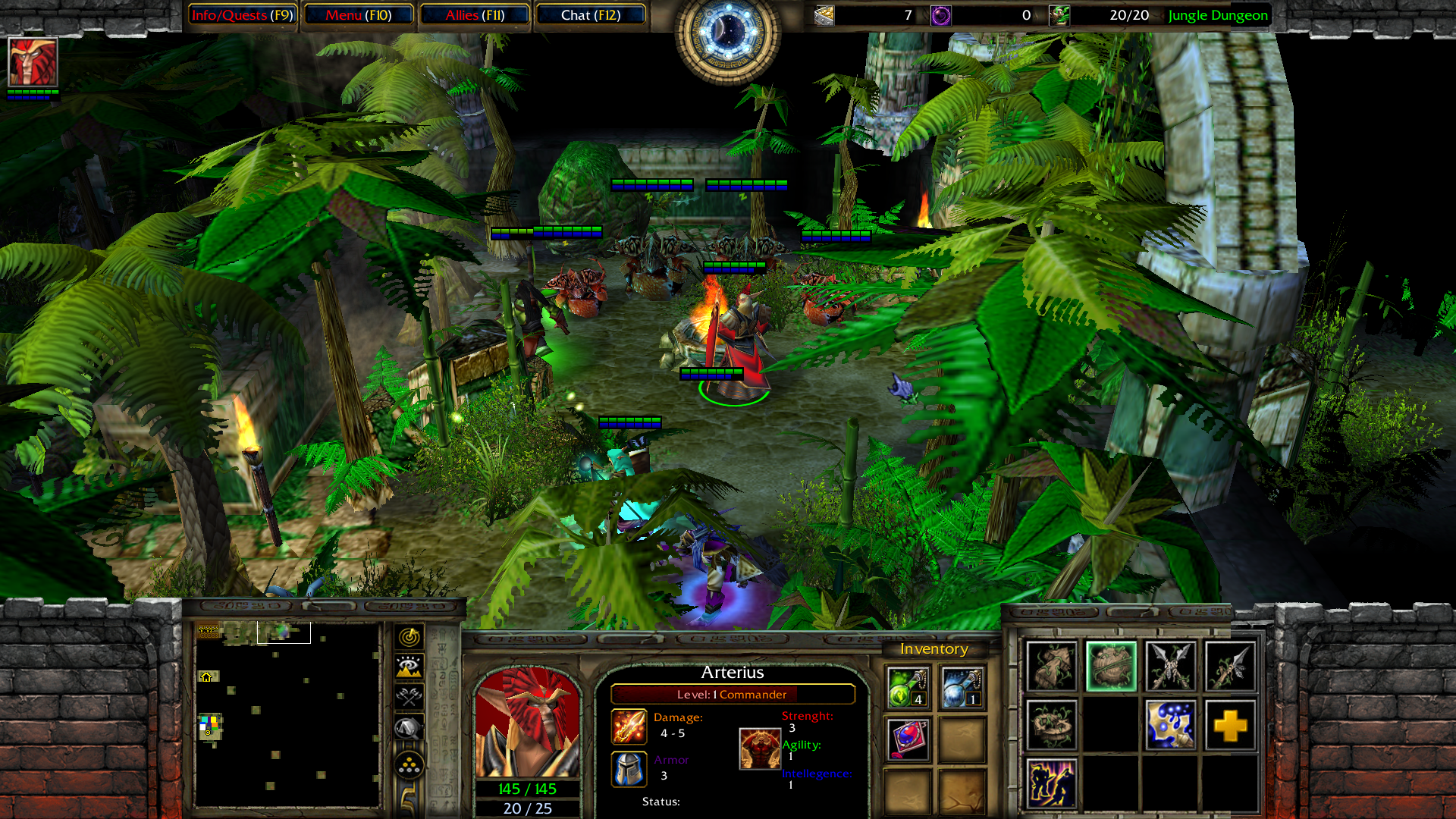 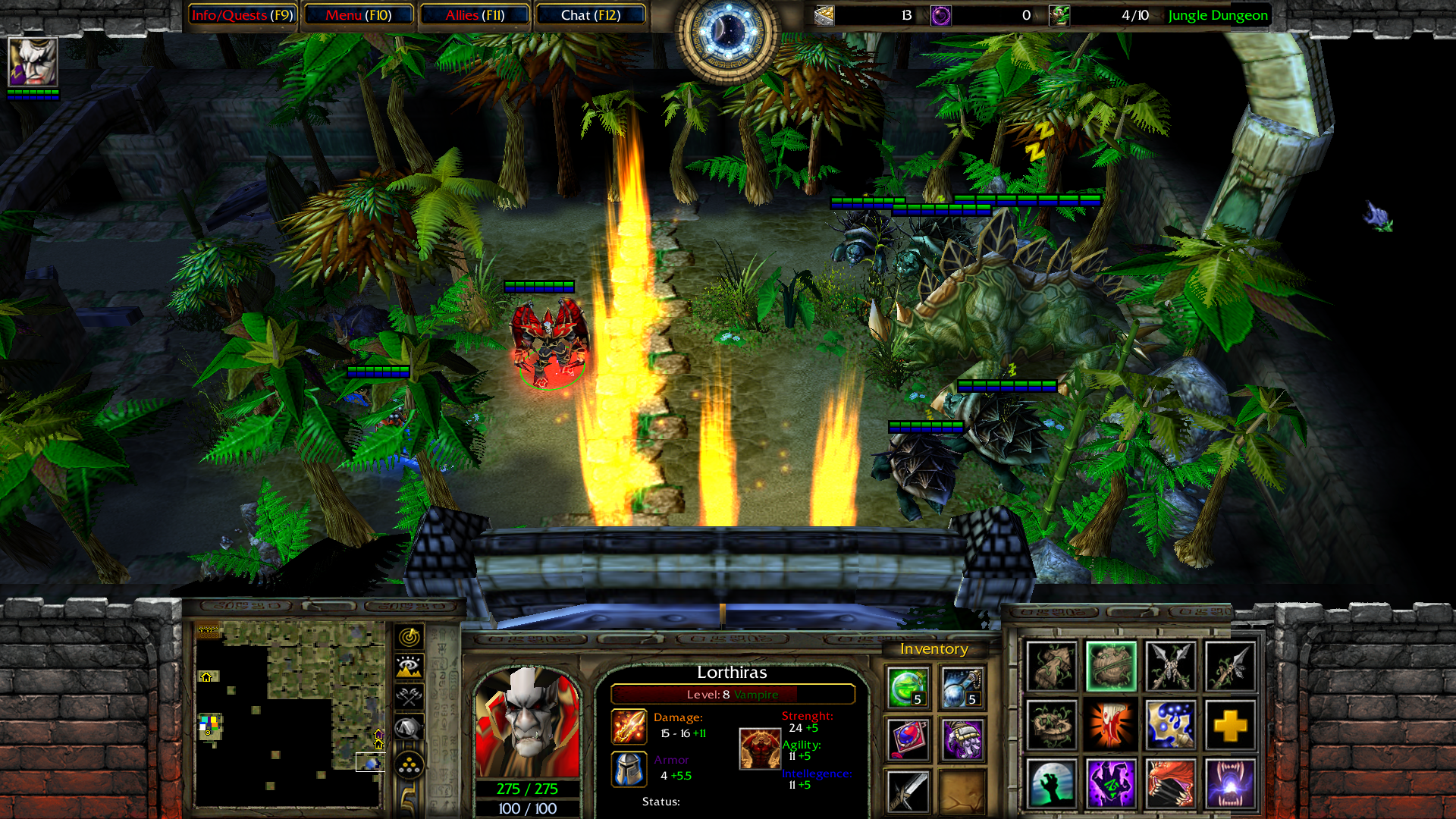 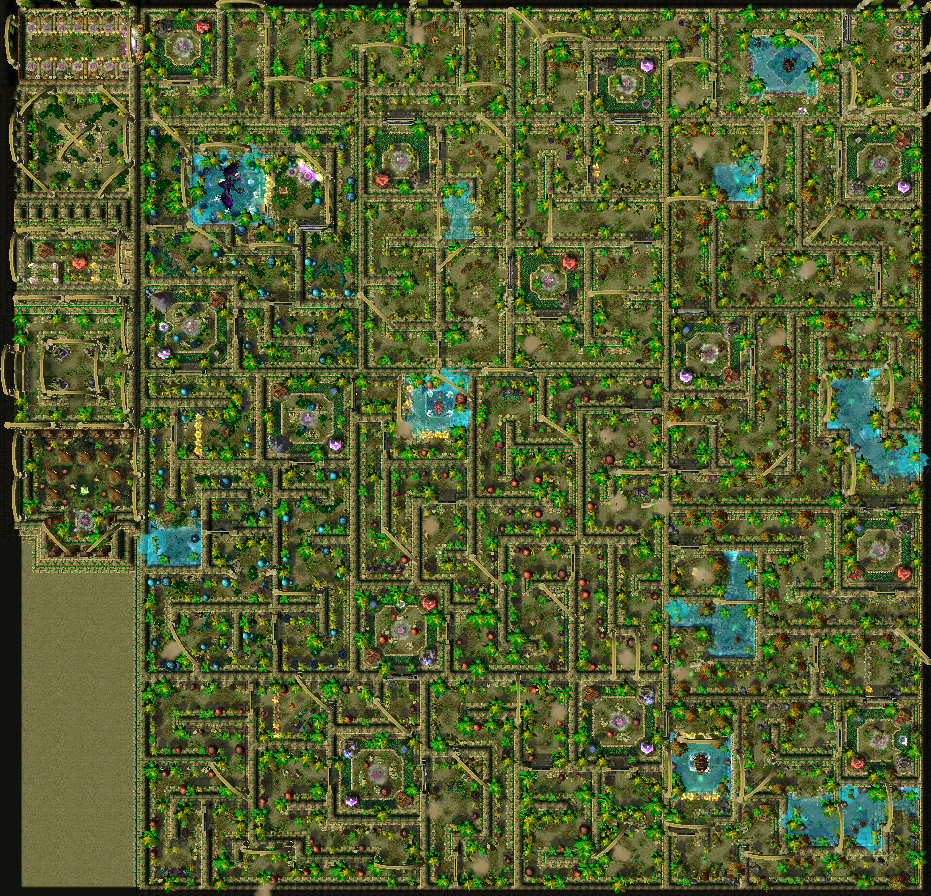 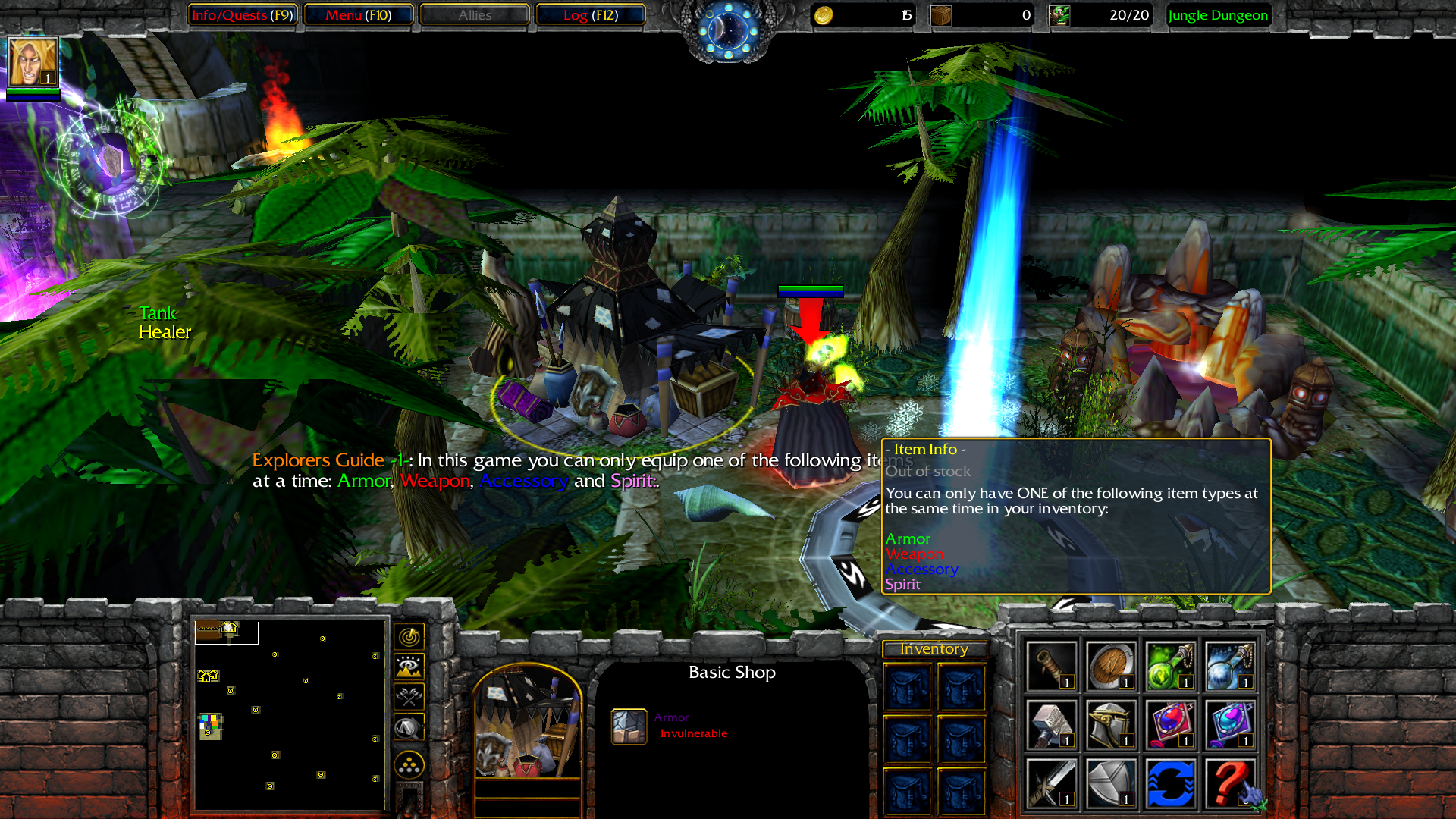 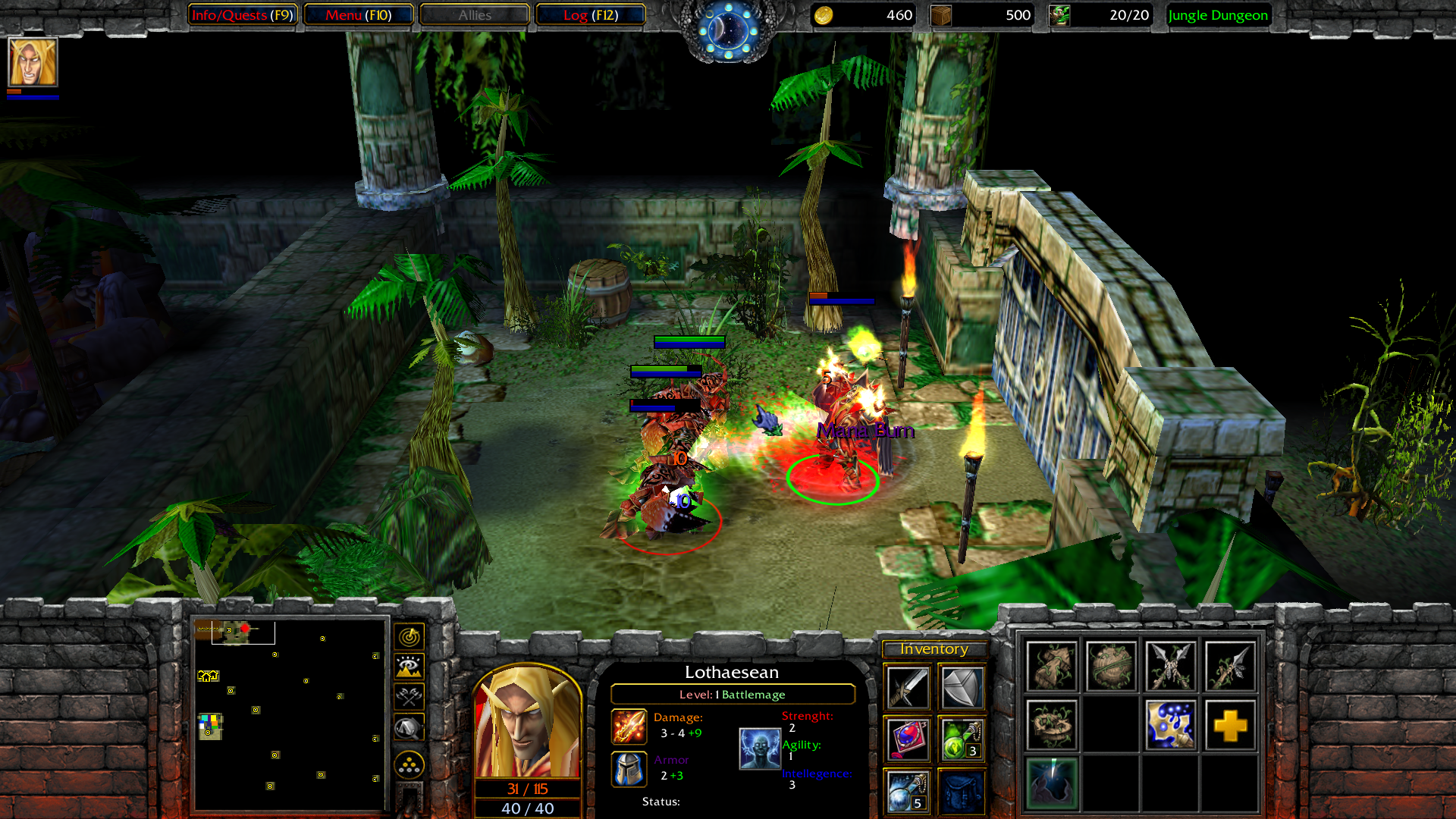 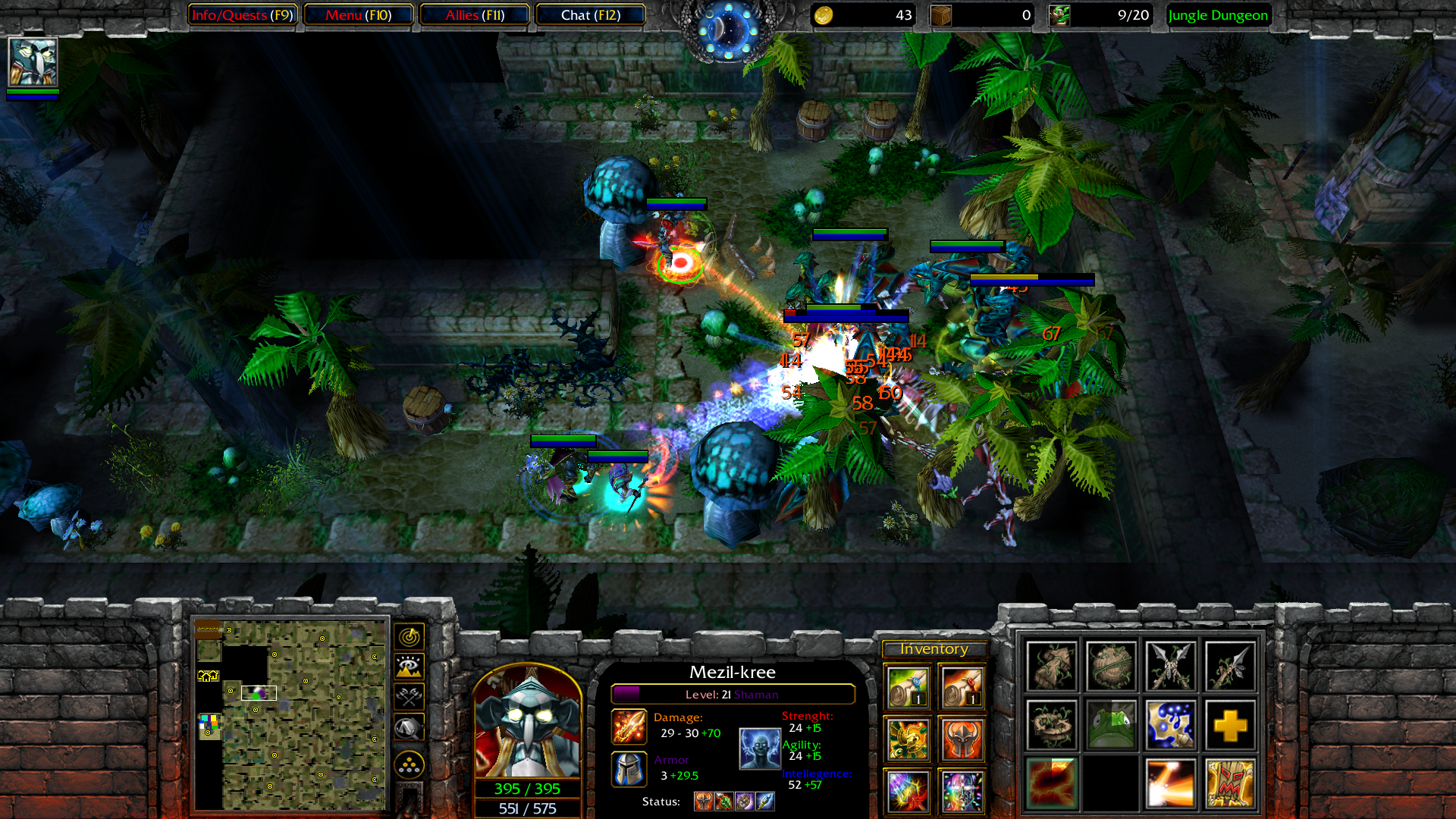 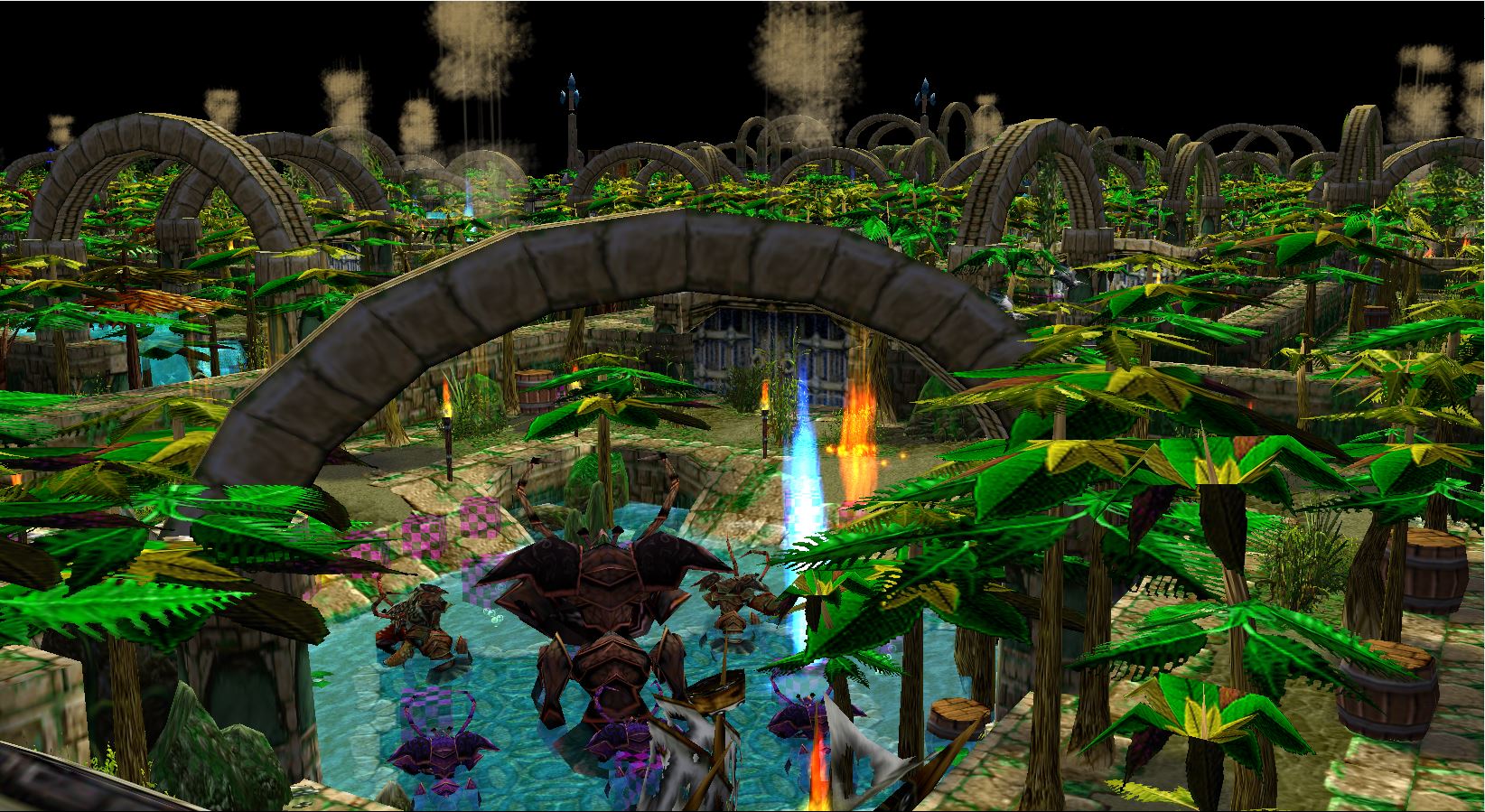 Samurai
Agility based DPS. A quick fighter, slicing his sharp blade in and out of enemy bodies dealing a lot of damage, whilst combining it with other ways of weakening his foe.
Spells include: Acid, Critical Strike, Shuriken, Alacrity and Bladestorm.
Race: Orc
Possible Alignments: Hunter/Barbarian

Vampire
Strength based Tank. A hunter in the night, stealing the life of the living and crippling them with fear.
Spells Include: Full Moon Armor, Thirst, Devil's Grip, Bite and Reversed Lifesteal.
Race: Undead
Possible Alignments: Unholy/Hunter

In Jungle Dungeon their are 5 different item types with 4 different rarities. Most items are bought from shops or dropped by bosses. You can only have one item type at the same in your inventory, except from consumables - where you can have as many as you like at the same time. Rarities give you a sense of how good the item is in comparison to other items, but don't matter in any other way. Some items can only be acquired through drops.

Some items give extra stats if the wearer belongs to the same race as the item. Item races are the same as the races for classes: Human, Night Elf, Orc, Undead and Blood Elf.

- Find other players to interact- and play the map with -
- Post your achievements to earn ranks -
- Know when the map gets hosted -
- Leave feedback, suggestions and report bugs -
- Get sneak peaks and test new patch updates before release -

Author's Note
Been working hard on this map over the last couple of months, testing it regularly and this is what i have got done so far. Feel free to leave feedback, rate and comment. Open for suggestions on improvements

See you in the dungeon! /JohnnyBoy 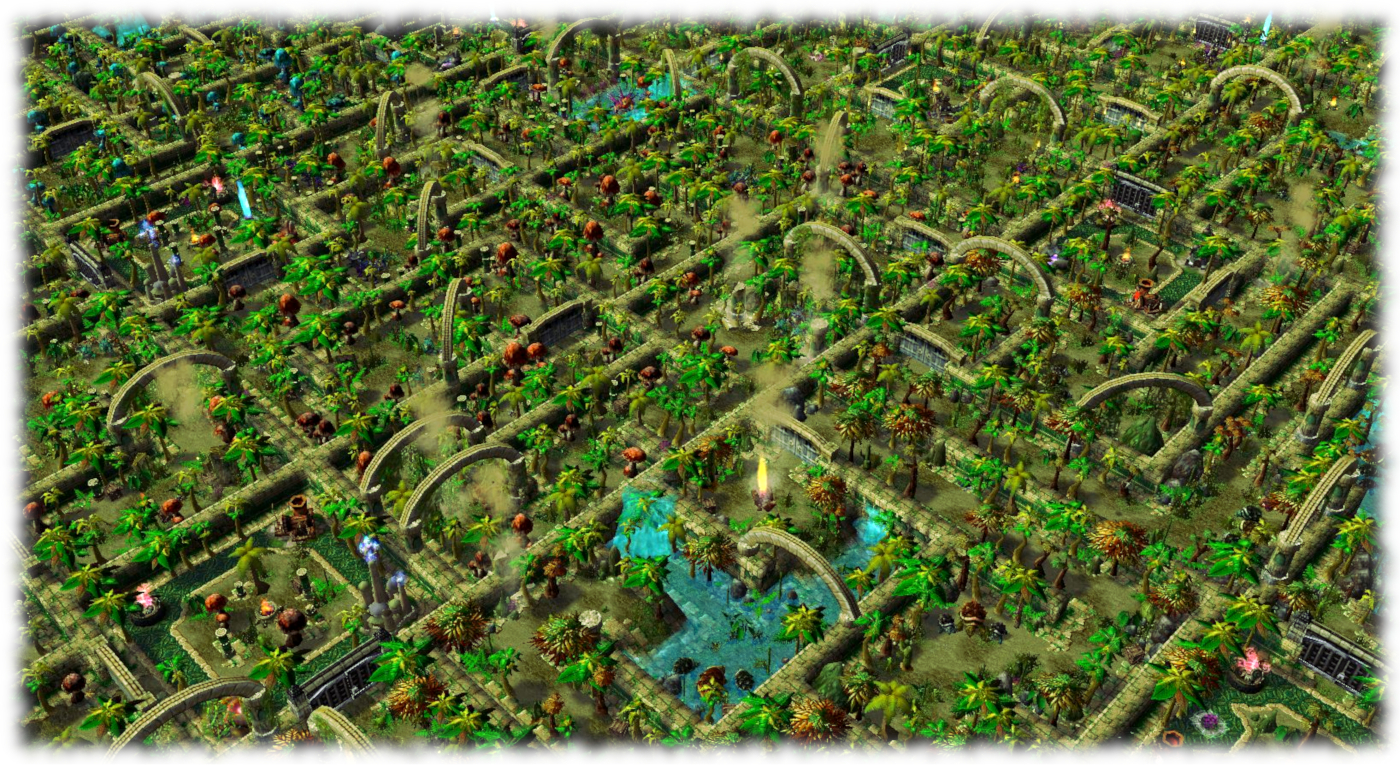 deepstrasz
Please specify all names of people whose resources you've used, not two names and then dots. You can use this to write a proper list: Resources in Use by Jungle Dungeon v2.04b | HIVE Awaiting Update. If you want more reviews, you should participate...
Read full review...
Reputation Statistics
Page 1 of 2
Show Ignored Content
Page 1 of 2