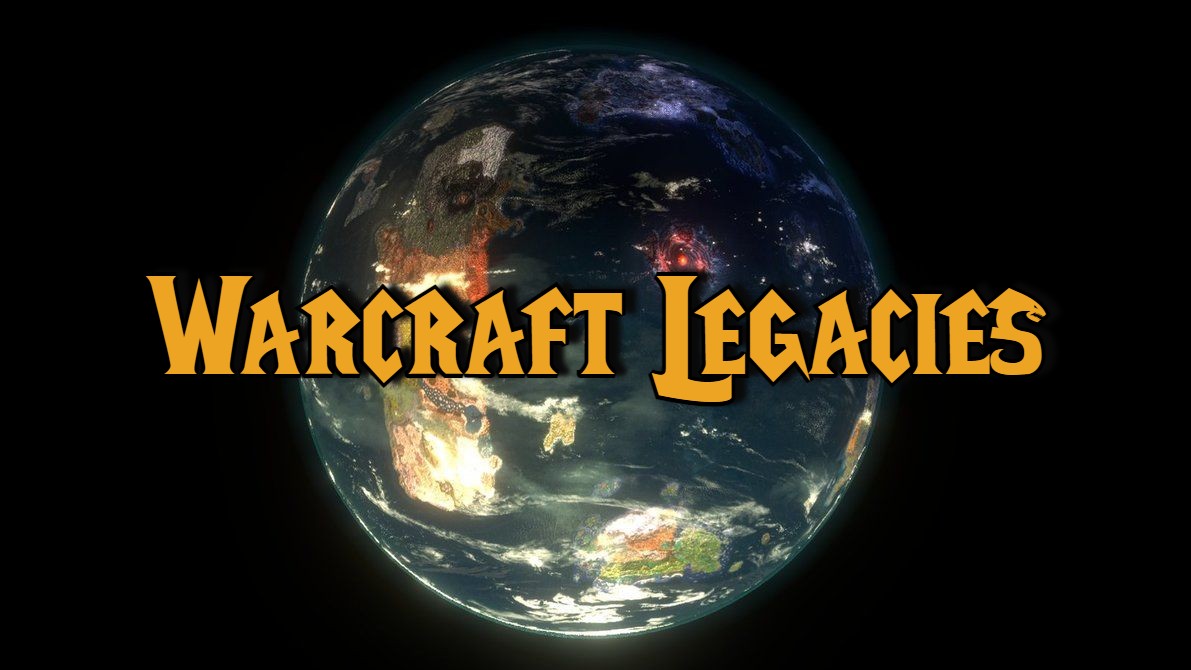 This bundle is marked as approved. It works and satisfies the submission rules.
View usage Statistics Legacy download
Reactions: lordwater, Vyonne, deepstrasz and 2 others
Warcraft Legacies
Warcraft Legacies is a Control Point based grand strategy in which each player takes control of one of the driving forces in the Warcraft storyline, from the beginning of Reign of Chaos to the end of The Frozen Throne and further into World of Warcraft Storylines.

Active Community
We have an active community of regular players who regularly host both public. We can be found here: Join the Warcraft Legacies Discord Server!.

Economy
The game starts with players mining from a starting goldmine to kickstart their economy. Then, income is gained automatically over time by maintaining ownership over Control Points. Expand your dominion quickly to secure a strong economy! Many factions have unique economy systems like the Twilight Hammer and the Bilgewater Cartel.

Quests
Quests simulate the events of the Warcraft story in a competitive sandbox environment. Unleash the undead plague as the Scourge, summon the Burning Legion from the broken world of Argus, or don the terrible Crown of Domination as Arthas Menethil. Every faction has unique quests to shape their way through the story of Warcraft and alternate timelines.

Artifacts
Many artifacts from the Warcraft universe can be acquired to give your heroes an edge; Thrall and his mighty Doomhammer , the fabled Book of Medivh can be found in the Dalaran Dungeons, and those powerful enough to do so can retrieve the Eye of Sargeras itself from his Tomb.

Dynamic Sound Design
The whole map is divided into regions with unique sound ambiances to create a dynamic soundscape of the world. Every faction also has a unique music theme edited from World of Warcraft that will play when their main event happens, adding to the musical diversity of Warcraft.

Scourge
Play as the Lich King controlling vast hordes of Undead in Icecrown, preparing for the Plague that will ultimately tear apart the North Alliance.

Burning Legion
Control the Dreadlords Mal'ganis and Tichondrious in the broken world Argus as they lead a small force of Demons in their quest to bring the full might of the Legion to Azeroth.

Forsaken
Start as the secretive Cult of the Damned, maneuver your way through the Third war until the time comes for the Forsaken to rise up.

Fel Horde
Rule the corrupted Fel Horde with an iron fist as the brutal Pit Lord, Magtheridon. Secure the untamed regions of Outland as you expand outward through the Dark Portal, shattering entire civilizations in your relentless onslaught.

Scarlet Crusade
From the humble peasants of Lordaeron, slowly build up your forces to defend your lands and support the Alliance. The crusade will soon enough unleash and purge any opposing force.

Gilneas
Isolated from everyone, your kingdom is afflicted by the Worgen curse. Save the Gilnean people from their curse and isolation by defeating Arugal, the dark Archmage.

Kul'Tiras
Take control of the powerful fleet of the Kul'Tiras. Your domination of the world's ocean makes you very safe, but your allies are not so lucky. Your choice of where to send your army to reinforce your allies will decide the fate of the Alliance.

Zandalar
Rule the island nation of Zandalar. Unite all the scattered under one banner, one glorious Troll Empire. Gather powerful artifacts to summon the Troll Gods.

Bilgewater Cartel
Expand your business ventures all across the world. Manage your traders and Oil reserves to balance your economy to victory. Do not let your greed be your undoing.

Sentinels
Control the militant Sentinels under Tyrande Whisperwind's command in their mission to secure the world against evil. Move fast before the orc invaders defile your lands.

Exodar
Fight for survival as the exiled Draenei. You start in Draenor, hopelessly outmatched by the Fel Horde. Survive long enough to escape through the Exodar ship and rebuild in Azeroth.

Black Empire
Start in a seperate reality, Ny'alotha, a horrible reflection of Azeroth. Summon obelisks to merge the two worlds and unleash the wrath of the Old Gods upon the living.

Ahn'Qiraj
Control the ancient kingdom of Ahn'qiraj, hidden beneath the sands of Silithus. Safe behind your gate, awaken your God C'thun and unleash the qiraji swarms upon the World.

Twilight Hammer
Control the crazy cult of the Twilight Hammer. Corrupt peasants and workers all over the world to join your cult and bid your time until the Cataclysm unleashes your wrath upon all the non-believers. 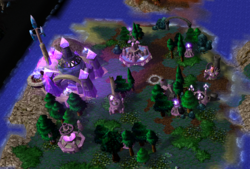 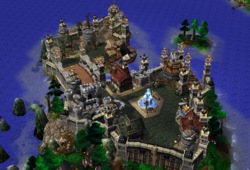 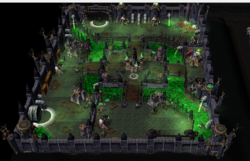 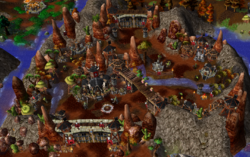 Maps 2
Warcraft Legacies is an incredible successor to the legacy of Azeroth Wars. It captures the essence of what people loved about the map in the first place, while adding even more factions, lore, interesting mechanics and events from the Warcraft franchise, with fantastic polish on top of it all despite the complexity of all the intersecting systems and what must be an absolutely massive amount of object data.

Maps 4
Any permission from the old authors to edit this and upload it here?

deepstrasz said:
Any permission from the old authors to edit this and upload it here?
Click to expand...

Sweet. Just post the transition stuff in the map thread description with all the necessary links, please. That way, there will be no issues with tracking permission(s) and such.

LEAKS
Triggers - Memory Leaks and Custom Scripts
If you're not satisfied with the review and wish another opinion, contact the other reviewers or use the staff contact:
Wazzz
Alexen
https://www.hiveworkshop.com/forums/staff-contact.692/

Not sure if this is the newest version of this map but can we please have Satyrs or Mogu as the 24th playable race? If you choose Satyrs as the 24th race they could easily start as part of the Burning Legion team lead by Prince Xavalis, Xalan or Peroth'arn and be focused mostly on Kalimdor while having bases in Northrend and the Broken Isles if you decide to update the Island to have Val'sharah and such while also having paths to free Xavius to become mostly Nightmare to join the Old Gods team and gain Il'gynoth or become Redeemed and join the Night Elves team lead by Avrus or possibly even join the Illidari team lead by Zandras. While if you choose the Mogu as the 24th race you'll have to somehow add Pandaria and they could have it so that the Zandalari is their ally led by Zul at the start instead of the Horde which could lead to some interesting new team gameplay but just make it so the Zandalari can be betrayed by the Mogu if you so choose then they can join the Horde team with Rastakhan or Talanji leading them or you can also make it so that the Mogu can kill Lei Shen the Thunder King and have the Rajani take over lead by Qian so they can join the Horde with the Zandalari or lastly you can make them become the Zian-Ti possibly lead by Monara so they can join the Scourge team.

Also if you fix the Broken Isles you can give the High/Blood Elves players and Tauren players new allies to claim such as the Nightborne and Highmountain Tauren with the Stonedark Drogbar or maybe even some Emerald Dream units help for the Night Elven players while also giving the Dalaran players a new place to retreat to if need be.

Maps 2
Does anyone else have fps problems? I find myself with down to 1 fps at most times. Is there any way to fix this issue? Otherwise, cool concept.

emmmm，Does this map have AI, I have no friends for PVP

A good map overall.
It would be nice, however, if the time limit for completing city quests were removed when testing the map in single player.
You must log in or register to reply here.

Anyone Up for Legacies tots