Vengance for Sen´jin (R and Classic) 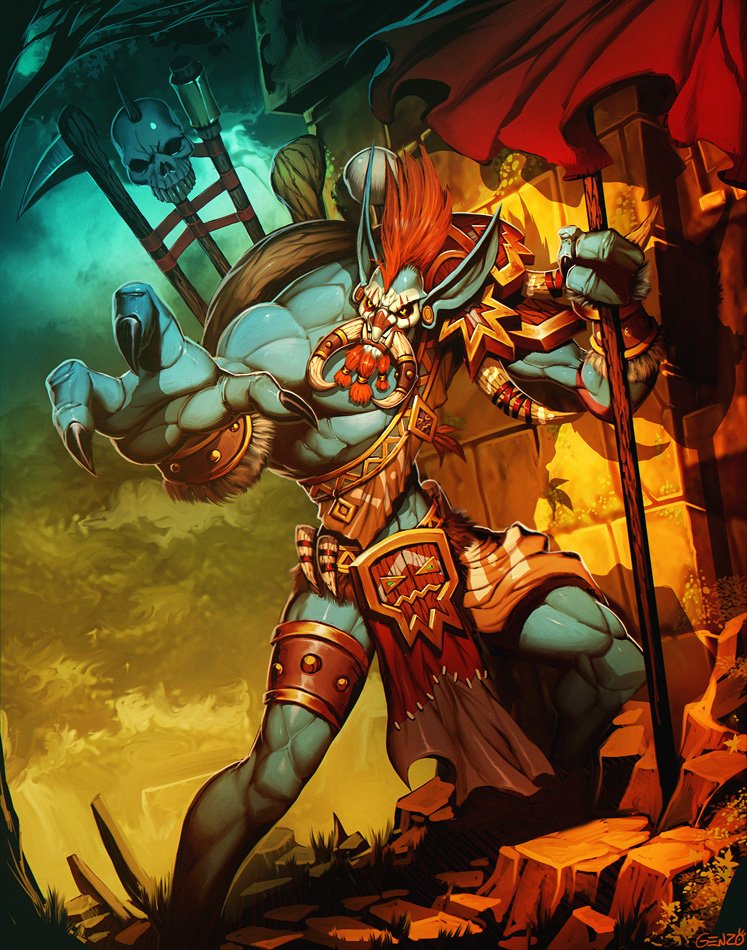 This bundle is marked as pending. It has not been reviewed by a staff member yet.
View usage Statistics Legacy download
Reactions: MoonSong, r.ace613, MaxHuy and 3 others
Vengance for Sen´Jin
Created by sebalarios

Intro
This is a single-player micro map scenario in campaign style.

Play the Warcraft 3 prologue story-arc conclusion, told in Wow: Cataclysm in Warcraft 3 format. Guide the Darkspear tribe in his quest to avenge his deceased brothers and his former leader Sen´jin.

Story
After the fall of the Lich King and the increasing elemental unrest, Thrall appointed Garrosh Hellscream as Warchief, and joined the shamanistic Earthen Ring. Short after that, the Cataclysm make the world tremble. With the world in disorder the naga and his murlocs servants invades the Eco Isles. They are being leading by Zar´jira, reponsable for the death of Sen´jin. Without the support of the Horde, the chieftain of the Darkspear, Vol´jin, leads a counterattack to not share his father fate.

Play the classic map with the current version

For any bugs or issues, or if have some improvements, feel free to say it.

Features
- Play has Vol´jin, leader of the Darkspear and son of Sen´jin in his quest to avenge his father.
- Make contact with the loa of death and ask him for aid against this old foe.
- Use of WoW questing voice-lines and dialogue.
- See the Horde internal conflicts and the Darkspears strugle after the Horde change of command.
- Wow music. 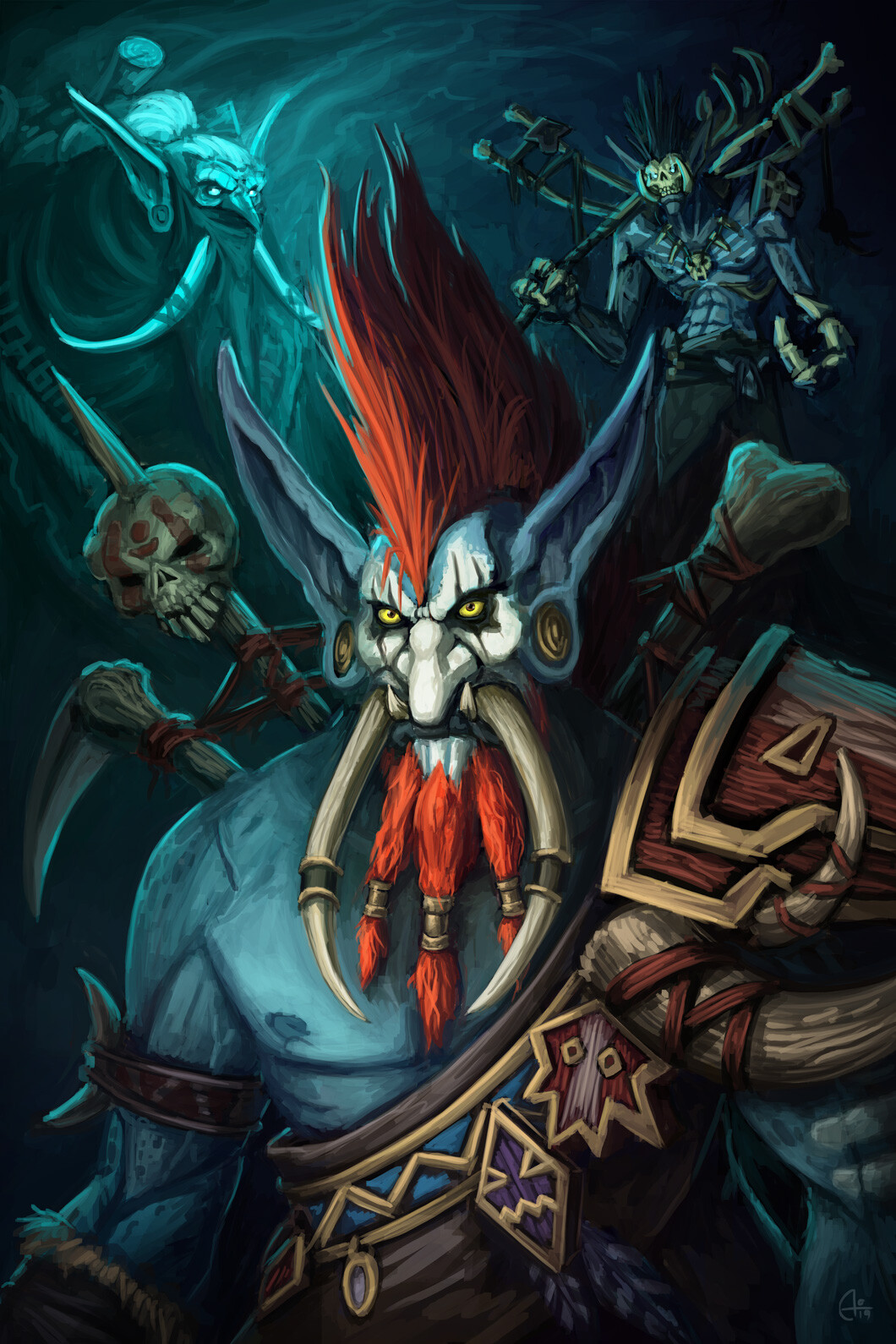 Things to be added in the future:
Note:
This is my first map ever made, so don´t expect a revolutionary gameplay or something like that. I am only searching for tell a story and learn from my first project.
Previews

Maps 3
Done it and what I can say: it have a good potential.
But firstly some errors, that I saw during my walkthrough:
Afterall, my first map in WC3 was worser than yours.
Wish you best and be creative - in such things you need to be creative!

The Nightmare Book said:
Done it and what I can say: it have a good potential.
But firstly some errors, that I saw during my walkthrough:
Afterall, my first map in WC3 was worser than yours.
Wish you best and be creative - in such things you need to be creative!
Click to expand...

Yes, I noticed that has well. My Zar´jira triggers are pretty basics, because I don´t have to much expierence in boss fights. I understond that she will cast all his abilities at once in the begginig, and kill most of your army, making the effort the player does until that point to keep them alive pointless.

Also the Ilusions of Zarjira are supposed to be hidden expect of the first one, the second one is just at the north of the bog beasts, in the most south west area. The third one is passing the hidden Salamander visir that you can find following a lava path just before destroy the zarjira gate.

Yeah, I try to make a more challenge fight at the end:

1.- The first in the big group in wich you have a normal sea witch and a lot of adds. Maybe pitch the player unprepared, because it will be pretty much expecting another normal group. I think in that case I could make some warning before, but the encounter itself is can be handle without losing a unit is you positing them correctly and using your abilitys, that I think are that are perfect for this map.

2.- The second I know it was a pain and is the Naj´tess encounter. He is toufth, and of course in the first try he will kill like most of your range unit in a second. But he can be handle correctly again using the correct formation, putting a healing totem and spawing healing wave and hex to not get overwhelmed be his minions. Is because of that I put a warning just before face him so the player could save and start again if he managed to face the encounter poorly. But still maybe I should nerf his mana poll, to limit the spells he casts and make the encounter more manegable.

LORE.- There are lore changes of course, I hate to make them but I think they were necesary. The Bwonsamdi encounter with Vol´jin dosent happen in that specefic context, but during the reclamation of the Echo Isles in the Cataclysm pre-expansion event. Vol´jin ask him for aid aggainst the traitor hex lord Zalazane, not Zar´jira. That is because there are no voice-lines when they speak about her. Also Zuni, well I need a unit to survirve the Zar´jira encounter, and he was the most tanki, so Vol´jin dont speak alone in after the dead of Zar´jira, becose it didin´t make sense because he is obiusly talking to a third person. Also even if you lose him at the end he will apear at the final scene, for the same reason. I know he die in lore, but he is so a minor character that I didin´t find it a meaninful retcon. But I will change it anyway and replace him with random headhunters at the end.

I really apreciate the feedback, is very important to me.

Man ,just ask how to play this. i don't familiar with reforged game. Any tips please?

MoonSong said:
Man ,just ask how to play this. i don't familiar with reforged game. Any tips please?
Click to expand...

What version do you play?

sebalarios said:
What version do you play?
Click to expand... 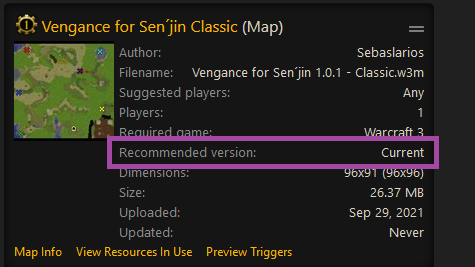 Maps 1 Reforged HD Models 2
hi, I am glad to see that your map hero is VolJin. I like his story very much, and I hope to see him in more maps.

I tried to do some planning and map development for his story campaign for a while, but it was not completed because I lacked the skills and execution ability.

I noticed that your VolJin does not have a hero glow. Here is a video that should help you.