Path of Devotion 1.1a 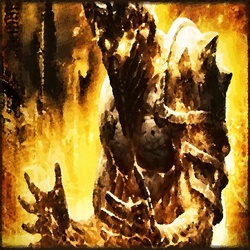 Path of Devotion is a short story driven action RPG made for the Abelhawk's Mini-Mapping Contest #15 - Secrets of Warcraft 3.

Wirt, a mysterious and tragic boy has gone missing, again. The army of the king is sent out
looking for him and try to stop the prophecy told a year ago from fulfilling.

You play as a Devoted, a religious soldier that has dedicated their life towards the Divine,
hated by the Kings people as history between the factions are violent.

The Devoted has decided to take advantage of the situation and sent you out on a mission,
the Devoted of highest rank, to offer aid in these dire times; but for what reason?

No default Warcraft 3 UI. The game is displayed in full with no borders and
seperate UI elements for health, etc.
​
# 3rd-person movement and combat

Move around using the WASD-keys and look around using the mouse.
You'll attack and defend with the mouse buttons and are required to
carefully manage your health and energy in combat.
​
# Cinematic storytelling

Most of the story is told through real-time cinematics.
​
# A different story progression depending on choice

Each major event will allow the player to make a choice. Every
choice will affect gameplay and how the story progresses.

This is the Path of Devotion.


​
It's recommended to play with sound and music on.

Fixes & Quality of Life changes:
- Most cinematics are now skippable with the ESC-key.
- Fixed an issue where you could meet the commander when he wasn't present.
- Mouse cursor now becomes visible when pressing F10 for main menu.

Known issues:
- Loading a saved game will cause issues with how the map behaves. Only Blizzard can fix a couple of issues that's caused by the game itself (i.e no animation when walking backwards, etc).