Stealth
Contestants are to create a map where the player should hide, sneak, pickpocket, assassinate or perform similiar quiet and stealthy things.

Contact me if you want to be a judge in this contest! 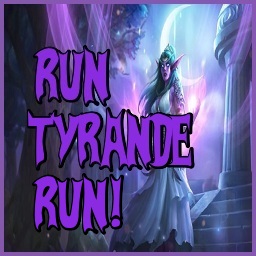 "Run Tyrande, Run!" is a 2P co-op map which combines both Stealth and Escape gameplay, made for the Mini-Mapping Contest#14: Stealth by Rufus"

''Tyrande and Shandris, after dealing with the Orcish & Human encroachment on the lands of Ashenvale; finds herself facing a bigger threat! the Burning Legion has returned, and Archimonde's doomguards are after Tyrande!"

- You get to choose between playing as Tyrande Whisperwind or Shandris Feathermoon, Tyrande's loyal friend
- You are then forced to use stealth to assassinate demons and escape captivity from Archimonde's Doomguards!

Maps 14 Tutorials 2
Nice. Off to a good start!
Please, make it playable with both 1 and 2 players!

Models 5 Icons 1 Maps 1 Tutorials 1
Do these usually last for 6 months? Not really a 'mini'-mapping contest then, is it?

No they don't. I have no idea what you are talking about...

Models 80 Packs 2 Skins 1
I'm so going to participate. Maybe the second mapping contest in my whole time on the hive. We'll see how it turns out

Models 61 Icons 115 Packs 8 Skins 16 Maps 1
Probably going to participate. I have this somewhat unique idea for a stealth system.

I haven't decided if I'm going to join myself yet.

Models 61 Icons 115 Packs 8 Skins 16 Maps 1
Refresh the page and try again. Might have to go to the youtube site. Not sure how hidden videos work.

The_Silent said:
Testing out a sight system. So here is a first wip.

Spells 1
Oh, I'm still thinking when you will host the contest after the tie break poll. Gonna think what idea i could come up with, and contest duration is 2 months! Could have plenty of time to make it.

Icons 2 Spells 3 Tutorials 2
Subscribing because this is somewhat interesting!

Maps 14 Tutorials 2
@DD_legionTN
Be careful not to wait for too long though!
People usually think they have a lot of time, and then asks for an extension.

I will only extended the contest if the majority thinks its ok, by anonymous vote.

Models 61 Icons 115 Packs 8 Skins 16 Maps 1
Sight detection system finished (May need some optimization though)
Uses a raycaster-like system to detect obstacles. Becomes red when an enemy is detected and no obstacles block the vision.

The red lines may be a little hard to see in the video.

Rufus said:
Be careful not to wait for too long though!
People usually think they have a lot of time, and then asks for an extension.

I will only extended the contest if the majority thinks its ok, by anonymous vote.
Click to expand...

Thanks for your reminder. Since my school exam is coming, I would have little time to participate within first month. But for the next month I'm complete free, so I might only have 1 month to complete the map after exam. Hopefully I could really be able to finish the map.

Prepare to play as the deadliest assassin this world has ever known. Small but equipped with a quick mind, a deadly sword aswell as conveniant and clever gadgets, the goblin Tynlee Shadowfinger is an enemy feared by all those who can not afford her service.

- Focusing Lens: Reveals area of the map, but other then the classic ability, this one has limited range.

- Vortex Cloak: Classic windwalk ability but with slowed movement speed. Tynlee gains the ability to instantly execute enemies when leaving the Vortex Cloak, depending on the strengh of the enemy and the level of the ability.

Unseen is going to be a relativly simple stealth game. Similar to the Thievery campaign, but with straightforward gameplay. The abilities and mechanics are going to be relativly simple (as a I am not the master of coding and triggers) but I aim to compensate that with interesting level design, movement that requires thinking and planning as well as appealing asthetics. As in most stealth games, Tynlee is very weak when engaged in open combat and is pretty much sure to die. She has to rely on her abilities and strike from the shadows. But when she does, she is deadly. Kinda wanted to create a mix between 'Thief' and 'Dishonored'.

Just some basic layout. I just love to do this stuff, so I figured, why not. I know that the abilites are pretty much standard warcraft abilities, but used under different circumstances and all with a little twist. Basic parameters for the gameplay are already set, such as enemy types, abilities, stealth 'mechanics' etc. Will post some screenshots when I get to it

Models 5 Icons 1 Maps 1 Tutorials 1
I'm entering! I figured I'd try to stand out by doing something a bit different, so I'm making a turn-based, grid-based stealth-'em-up. I was initially looking to make a bare-bones Invisble Inc or something like that, but then I realized I'd have to implement pathfinding algorithms, and I am not getting my head around A* for a wc3 map, so I'm going more rougelike-ish.

So far I've done tile indexing and a basic movement trigger. I'm most worried about having to do AI, as that's not an area I'm very familiar with. I'll welcome any critique of my code so far, I'm pretty new to working in JASS. Good luck everyone!

Maps 5
This is probably my favorite contest theme. These entry concepts already have me hyped to play them, and we're only a couple days in!

@Argus I'm curious to see how you'll factor the grid system into combat. I thought about attempting an offshoot of Invisible Inc. as well, but then the realization set in. AI is the bane of making a more unique stealth game.

Skins 1 Maps 2
I think I will join this one.

Models 61 Icons 115 Packs 8 Skins 16 Maps 1
Using this as an excuse to learn matrix eater.
Normal marine models is so boring, especially if you need multiple different variations for different heroes.
Stealth system essentially works, so I just need to design some heroes with some interesting spells that fit the theme and design the map.

Tools 3 Maps 9 Spells 3 JASS 7 Tutorials 1
I might be able to join if I submit something before September.

Cokemonkey11 said:
I might be able to join if I submit something before September.

As long as it compiles to a map that is playable without anyone needing to download additional software. That is somewhat along the lines of the usual requirements I believe.

The_Silent said:
As long as it compiles to a map that is playable without anyone needing to download additional software. That is somewhat along the lines of the usual requirements I believe.
Click to expand...

So I'll take that as a yes.

Models 61 Icons 115 Packs 8 Skins 16 Maps 1
That would be my conclusion too. We're not here to compare code writing skills (unless we're so bad that it negatively affects or maps), we here to create the best gameplay possible following a specific theme withing a set deadline. or something like that anyway.

Maps 2
I think i will join. this is my first time to join a contest

hope i can make it

Maps 14 Tutorials 2
Glad to see so many contestors. Good luck to you all! 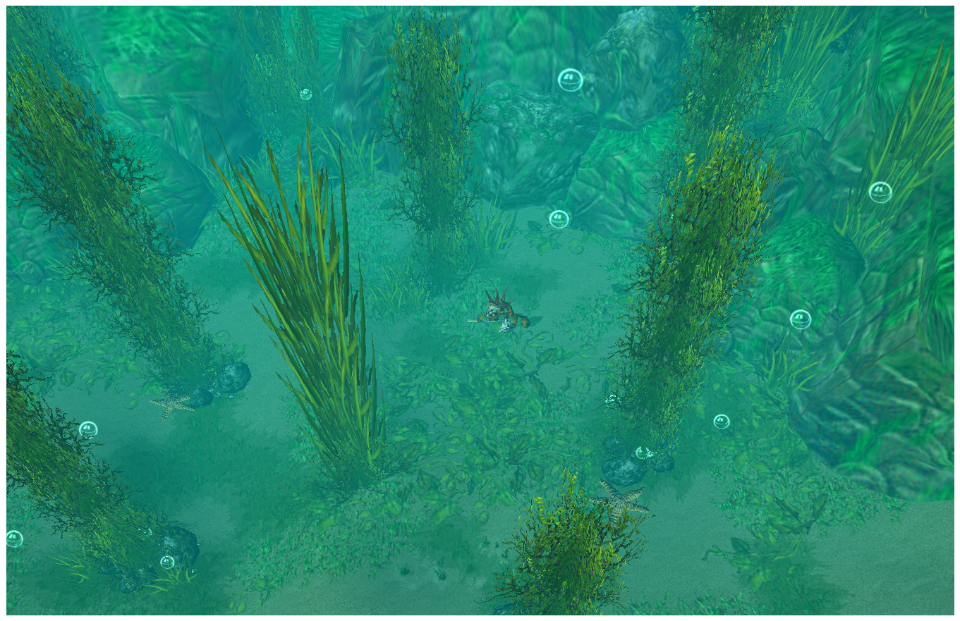 I put some stuffs quickly and this is what I get. The model will be credited later in the full version.

Icons 2 Spells 3 Tutorials 2
If I can finish it on time and have the will to complete it, I'm in.

Trying something futuristic. The map is going to be survival-stealth themed. These robots movements are very slow, you need to be efficient and thoughtful about how to trap your enemies, destroy them, and steal their core. Their attacks will also take time to cast so you'll be really dependant on invisibility and traps here or else, you won't catch anyone. ~

Maps 3
There's a rule:
"All multiplayer maps must be under 8mb, so they are playable on battle.net"
Since the 8mb limit is removed, is this rule still valid?

I might join this if I have the energy...

Maps 14 Tutorials 2
Nope, it is not. Removed.
Thanks for pointing it out!

Models 1 Icons 2 Packs 1 Tools 2 Maps 17 Spells 30 Tutorials 4
I recall there was a rule where you have to upload contest entries to the resources section. Does it apply here?

Maps 14 Tutorials 2
Nope, but it is allowed and encouraged when they are finished.

Models 61 Icons 115 Packs 8 Skins 16 Maps 1
I think most mini-contest results in prototypes rather than finished projects. So that is probably a good reason why the rules is like that.

Models 5 Icons 1 Maps 1 Tutorials 1
I'm making progress, I've got some basic AI up and running (just a patrol route system). I am having a lot of fun, and I'm learning a lot about JASS

@Tickles Yeah, I definitely know what you mean. I'm hoping I'll be able to put together something that's simplistic, but at least a little bit fun.
@Rheiko Looks cool, and it sounds like an interesting blend of genres. Good luck!

Models 3 Icons 65 Packs 3 Skins 27 Templates 3
I can smell the elevator levels around :]

Icons 3 Maps 3
Looks like a fun contest, some good looking ideas so far. If i can think of a good concept, i'll join in

Question: If there are only 2 judges, does that mean it's probably better to make a 2 player map? Since anything more will not be played to full effect, and 1 player makes it hard for 2 judges
Last edited: Jul 29, 2017

Story:
You get to play as Captain John "Soap" MacTavish to sneak up to the enemy, destroy a mobile SAM, and escape the enemy base.

Features:
- Captain Price will guide you throughout the gameplay with an invisible drone, so you can get some tips on how to get out of the base safely.
- Triggered abilities. If you cast an ability which only can be cast on the right time, you will alarm your approach.
- The map is campaign-styled, which has its own story.

I will credit the models and icons soon after I've done my submission.

EDIT: The map is not gonna be trigger-heavy, as long as it fits the theme.

Icons 3 Maps 3
I have thought up of a concept that i'll try to get started:

Name: doesn't have one yet
Type: survival/murder-style

Gameplay:
Takes place in a human city. There are two teams:

Dreadlords
You have inflitrated the city and can disguise yourselves as members of the populace. They are tasked with gathering items of interest and/or killing people of interest. Completing tasks
increases your score.

Dreadlord Hunters
City mages suspect the presence of Dreadlords. After 1 minute, you are called in to find and kill them. Watch out; killing innocent civilians carries a penalty.
You have 5 minutes to find and slay all Dreadlords.

Inspiration:
This concept is inspired from prop hunt.. but instead of props you have living things and dreadlords (cos dreadlords are good at disguising). There will be more differences to distinguish it from PH such as things for the dreadlords to do. There's no hard invisibility except for a Dreadlord escape ability, most of the sneaking/stealthy actions are done in plainsight, but you need to avoid Dreadlord hunters and act natural.

At the start of the game, Dreadlords and Hunters will be chosen randomly (1 hunter for every 3 dreadlords).

I have an idea, but it is multiplayer focus. Am I required to add game elements for a single player too?