2- Winds of the Storm 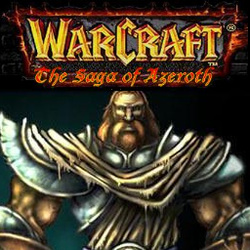 This campaign was created by Deicide
Special thanks to Anaxie for uploading it for Deicide on his behalf.

And you will find 4 fully playable missions and 2 interludes that primarily focus on the Humans of Stormwind.

There are four playable missions. The available maps were all tested, but some bugs and typos may remain.

Some of the maps are very hard.

The campaign is the opposite of the first one: focus on humans, and would have a few orc levels. I was only able to work on human maps (the first unfinished one would be the start of the orc part).

In the third mission, I used a certain group of renegade humans that shouldn't exist during this period. In the final version, I would have changed the name of the group to avoid confusion.

The second and fourth missions were my favorite maps. I'm really proud of them, full of story, and with twists (both seem to end... only for you to find out that no, they didn't end. There's more to be done!)

There's a few secret triggers in these maps that would matter later in the campaign. In essence, your actions in a map would change things near the end of the campaign. For instance, doing the optional quest in the first mission would give you an extra hero and troops in the end map. There's also a hidden item that you collect in mission 2 that turns into a powerful item in later missions.

Also included in my drive folder are test maps that I was working for at the time. Man, it's been 15 years. Time flies...
Click to expand...

Championfighter25
It's so great to see, even after 15 years the second part uploaded, even if unfinished. Anyway to my review: Prologue - Found no issues. Chapter 1 - Zion's abiities are useful, but i would've liked to see some custom spells - After defeating all...
Read full review...

tulee
Just finished this. I have to admit I enjoyed it more than i thought I would. The first playable level was a particularly nice intro mission. I even got used to the sound that would ping every-time a character talked. Glad to see what was meant to be...
Read full review...