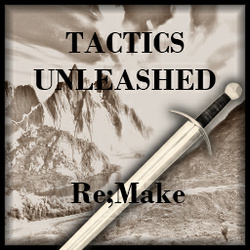 Note: This campaign is currently unfinished, at 80% completion. Please check this thread often for updates!

Shar Dundred
I forgot how long it can take to actually play this, so my review comes a bit later than I would have wanted. Played with 1.29.2. Map: Tactics Unleashed Remake Version: 0.92 Review by Shar Dundred Presentation[r] I really like what you did with...
Read full review...

Ralle
Put in awaiting update by request from author. He wishes to update it before it is put back into visibility.
Read full review...
Reputation Statistics
Show Ignored Content