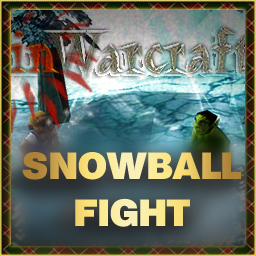 •Overview•
Ho Ho Ho!
Get ready for the annual snowball fight where children meet in two teams for a skirmish to the death!
Every 30 seconds a present spawns in the middle. 3 Points and 100 Gold are rewarded for bringing the present back to one of the Santas.
1 point is rewarded for every shed child.
Be victorious by reaching the set amount of points. 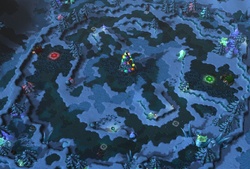 deepstrasz
Maybe you should not make presents have a cooldown. Pretty tough to impossible to dodge anything while having an unopened present on you or while trying to get one to a Santa. The slow still remains for a while after the present is given. All in all...
Read full review...

Maps 4
All in all seems a pretty fun map.

deepstrasz said:
Maybe you should not make presents have a cooldown.
Click to expand...

You mean the unpacking ability having cooldown? Yea could be changed.


deepstrasz said:
Pretty tough to impossible to dodge anything while having an unopened present on you or while trying to get one to a Santa.
Click to expand...

That's the point of course, but yes it can be frustrating. Jump helps avoid some shots, but in the end you are supposed to be a prime target with a present.
We had many minor iterations of slow rate, and I think the current one is somewhat balanced.
If an enemy picks up a present and you are on other half of map, with slide and jump you still have the opportunity to prevent them from scoring.
But if you kill your persuaders, you usually have the time to score a present.
I don't think lowering slow would be a good choice, do you have other suggestions?


deepstrasz said:
The slow still remains for a while after the present is given.
Click to expand...

Default wc3 aura behavior I know I could fix it with the new removeBuffs native, but I actually like it.
Gives the enemy another chance at killing you if they didn't get you before scoring.

Frotty said:
Default wc3 aura behavior I know I could fix it with the new removeBuffs native, but I actually like it.
Click to expand...

Even though you like the effect, I just wanted to say that you didn't need the new native to get rid of that behavior you just had to do this:

JASS:
You must log in or register to reply here.