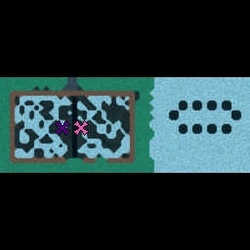 Pick one of 10 unique Heroes to fight a challenging Snowball Tournament.

Its not just a Boring Dodgeball map, this Snowball Fight contains Skill and the use of special Abilities. Another point which is different is the ability to catch or conter Snowballs. This depends on the Heros Reflex value, the speed of the incoming Snowball and the units´facing to it. In combination with Runes this map will end up in a great Fight.

It also contains Bots to play singleplayer or keep the game balanced despite of leavers.