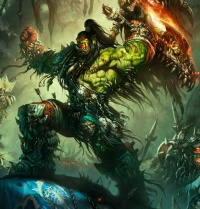 Overall : Ranged heroes felt a bit too op compared to melees, so the update tends to balance this gap as much as possible. Also major features of Alterac Valley got changed, some were added

- Added attacking towers in Alterac Valley to protect barracks out of kings' bases (they give reward on death)
- Players leaving the game now give control of their hero to their allies.
- [Work in progress] Troops upgrades aren't affected by conditions. I'm giving up this matter for now after a lot of things tried, as it's cosmetic.
- Guards and kings going back to their position (instead of being ported)
- Boosted Varian's skill
- Massively decreased the health gave back when the king goes out of his zone
- Reduced soldiers and kings' hitboxes so they get less stuck in units
- Removed neutral creeps, but the neutral graveyard and mine are still in place
- Buffed guards, and increased their reward on death
- Increased the overall XP bounty range (from 1200 to 1500)
- Hero items [From tier 1 to 3, tier 4 and 5 are still being worked on]

- Troops upgrades aren't affected by conditions. I'm giving up this matter for now after a lot of things tried, as it's cosmetic.
- Hero glow persistly bugs from time to time (red glowing even though the player is blue for example)
- Added "Cloak of shadows" in the tier 3 vendor
- Sylvanas has more time to teleport to her banshee after the banshee dies (from 0.25sec to 1sec)
- Kings wont get health back when they go too far from their zone, they run back instead.
- Players leaving the game now properly give control of their hero to their allies.
This map is vastly inspired by the well known battlegrounds of the well known game World Of Warcraft.

I tried to recreate some of them while giving them a slightly different shape or theme to fit a bit better what i wanted the gameplay to look like.

Obviously it is not a perfect reproduction, sorry if it happens to upset some people (maybe ?) but it's still a work in progress (the gameplays available are fully working theoretically, but more will come in the future hopefully), i've been working on this map through the last years as a hobbie, hoping it could look like something decent at the end and something i'd enjoy playing with tons of people.

Anyways, let's just jump into the gameplay.
The basic idea of the map is that you only control one character, a hero you'll have to pick at the start of each game. There are about 40 of them for now with different roles and strengths. As of today, two types of gameplay are available :

- One is in Alterac Valley, which is a somewhat large map where the goal of your team is to defeat the opposite faction's king. In order to do so, you'll have to make your way to get xp from soldiers that spawn every 30 seconds at every barracks on the map, the unit spawned by it will be owned by the faction owning the barrack. You can capture a barrack for your team by destroying the flag next to it. Capturing the barracks are key to push all the way up to the opposite's faction base and kill the king. However it may not be that easy against a powerful team of heroes that synergizes well...

- The other one made so far is the Arenas : Basically as in the actual game, there are 2 teams and you fight alongside your teammates to defeat the opposite team of heroes in a random environnement. The size of the teams depend on the number of players, so the more are playing, the more madness it brings. As the fights are rather short, you get to redo the teams and replay it if you want after the fight is over.

The uploads i would do in the future would be the other gameplays i should bring in (for example warsong gulch with a CTF gameplay or something like Arathi bassin or whatever...) and other heroes.

I would appreciate any suggestions, on what to do next, or what should be changed right now. Any bugs one may found please report to me so i can fix em quickly, I really wanna try the map out with loads of people to see what's working or not atm and yeah, leave your comments i'd really appreciate any returns on my work, it's the first i upload content to this site but that's no reason to be light on the judgements !

Thanks to all the creators listed below for the models , icons and sounds of great quality !

deepstrasz
A credits list is required in the map thread description. Everything from sounds to models, skins (imports) have to be given proper credits. You can use this for help: Resources in Use by Battlegrounds BETA 0.1 final | HIVE By beta I hope it's quite...
Read full review...
Reputation Statistics
Show Ignored Content