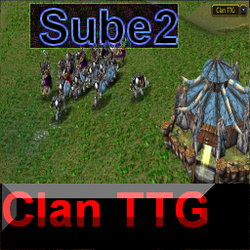 This game has a lot of complex triggering that will most likely not be noticed while playing, but will give the game a nice vibe, and make it fun to play.

The game is located on a small island that is tropical and entering a southern icy area. Its a small map, but is based to make it look like its a huge piece of land, therefore you get the sensation you are dominating most of the world, but its also quick and fast paced action packed gaming.

How to play --
There are 24 randomized start locations that aren't used more than once, so noone starts at same point.
You will start with a few footmen, and a knight. Each of these units can build towers and cities.
Cities give income, build tons of cities for tons of income

. Income is determined on population/100. each city has a different number of population. Population grows over time. Heres the cath, Cities have to be a certain space away from each other to be created! Therefore it turns into a global takeover map! When an enemy city is destroyed, it becomes the killers city. This map is fun and is easy to understand.