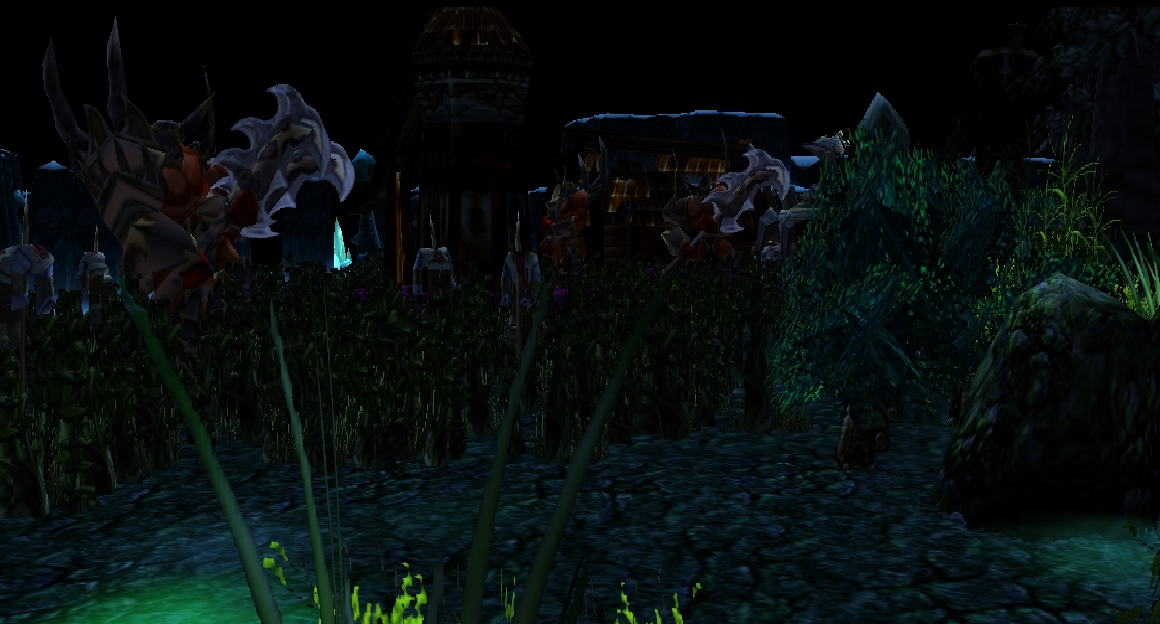 Ages ago, the Demon Soul tried to invade the world with his dreaded armies but was stopped when the surviving warriors of the world united and managed to trap his physical body in a magical prison, though his spirit roams between dimensions, still spreading his influence...
He conjures up 6 souls from the abyss to defeat the mortal lords that imprisoned him and to find a way to release him from the Tomb of Demons. You wont be put to rest until his command is fulfilled and he can reign supreme over all mortals and gods once again.

WARNING! THIS MAP IS NOT EASY!

When u start, u have a soul unit already selected, walk around and find the heroes in different areas, click them to see their stats, then walk unto them with your soul unit(walk unto the rune in front of the hero you want to select to chose it)

Players can unite or compete to complete quests and encounter many strange characters in the world as they unravel its dark history. You begin as a soul unit, walk around the starting area and pick a hero by walking into the rune in front of it, hero descriptions can be read by clicking on them. To repick, buy a rune of repick from the Demon Soul in the Spawn.

Hardcore mode: If all players type -hardcore, hardcore mode is initiated which means that when a player dies their hero is removed and they must pick a new one, also saving and loading is disabled.
Custom level up system: instead of gaining skillpoints and attributes each level, the players accuires 10 wood which they can level up with from NPC's called Soul Keepers.
Base Building: hire a mason and build your own base to fight the other players or to keep the creeps at bay.
Dark Souls style death penalty: when the player dies, he drops certain quest items on the ground and looses all unspent lumber, then is revived in the spawn area.
Custom Heroes: Over 25 heroes with customized spells and models. To repick, buy a rune of repick from the Demon Soul in the Spawn.
Loresites: In certain areas the players find stories that shine a light on the history of the world.
Spell Scaling: Most spells have damage scaling with different attributes
Quests: Aside from the main quest, there are many NPC's that offer unmarked quests to the player, be sure to read what they say.
Creeps n Loot: Find over 200 items and many hidden bosses scattered across the map
Saving/loading: typing -save will give the player a code that can be used in a different game, ONLY SAVES LEVEL, STATS, GOLD, LUMBER AND POSITION!
Ally System: players starts out as allies but can become enemies by typing -enemy(player number)
Camera system: The camera is fixed but can be turned off by typing -cameraoff and then -cameraon to turn it on.
Equipment System: Two One-handed or one Two-handed weapon/spellbook may be wielded and One Helm and one Armor may be worn at the same time.
Item Stacking: Stack chargable items, double right-click to separate items.

When you face the first enemy, run if you cant beat it, dying aint worth it!

Health Potions are ESSENTIAL for hard mode in case you're not very good or high level.

The trader and blacksmith quests are good for starters, the ogres and goblins are the weakest mobs.


!!!!!!PS I lost track of where i downloaded most systems and models so please PM me if you find one of your models or recognize someones model and i will add the proper credits below!!!!!!!!

Paillan
5 - 4 - 2017 Moderation No changes were made in more than 3 months which means that no changes are inteded to be made. Acording to rules, this implies that your map will now be classified as substandard. If you wish to revert this decision you can PM...
Read full review...

Ill work on the descript til next update when you die, some quest items are dropped on purpose, for competetive play so that enemy players can steal them, though i apologize for the item bug when u select hero, its supposed to give the item to your hero xD its a healing pot, health pots are essential for 1 player games since most mobs are balanced for 3-6 players. When the game starts you immediately have a soul unit selected that you can move around but i will write it properly next update aswell. I designed this map to be like darksouls which features access to areas and mobs that arent necessarily beatable as you find them, for early game i suggest you fight the ogres and goblins, bring some pots, maybe even hire a merc, do what the trader and blacksmith tells ya, buy armor and then progress. the map would take 1 player 3-6 hours to complete if you load a level 1 hero. The heroes all need to level each attribute to be useful, since you dont get natural gains from leveling, so playing a mage you need to level a little hp since you would else have 400 hp or something at lvl 50 which could work if you are good at kiting. The difficulty is intended but gets way more interesting with a bigger party, been playing it on gameranger for a while, would be fun if you wanted to test it again ill make a difficulty descript like this 1 (hard) 2-3(medium)4-6(easy)


PS the first enemy is to scare you, if you cant beat it, RUN!!! but i understand to most players its kinda off-putting on 1 player runs so ill nerf it

Ahalbiledalb said:
Ill work on the descript til next update
Click to expand...

Ahalbiledalb said:
when you die, some quest items are dropped on purpose, for competetive play so that enemy players can steal them,
Click to expand...

Yeah, I just realized it though. Good idea.

Ahalbiledalb said:
I designed this map to be like darksouls which features access to areas and mobs that arent necessarily beatable as you find them,
Click to expand...

That's kinda weird. Most of the map (Like this) needs to defeat every monster in order to access the next level.

This would be great for a 3 players or less.

Maps 14 Tutorials 2
Your description needs some updating.
It contains broken bb code and the structure could be done a lot better. Also, the screenshot is looking very interesting. I suggest that you add a few more, and that you put them in hidden tags.
The preview picture is horrible. It is jsut a screenshot of the map in the ediotr. You can easily crop the picture to make it fit properly.

Maps 4
Everything is so tight. Makes it all look disorganised.
Hero selection is weird. I suggest something with selection instead of moving the voidwalker into the desired hero since all of them are so near each other. One hero's description should disappear while another is selected for that purpose.
2.5/5.

Models 5 Maps 17
Its a map I guess.
- I don't have many terrain taboos, unfortunately giant, camera-blocking default trees are one. It is one of the ugliest things you can add to a map, and this has lots of them.
- Sight radius is atrocious, made worse by the above. You can accidentally enter a dungeon or pick a hero because it is so short.
- Hero skills are very uninspired, its possible to have "leftover" skill points because the level skip requirements arent balanced properly.
- Monsters spawn out of nowhere all the time, often even in town.

To sum it up, the map is a really boring hack and slash, effectively an open map with randomly spawning monsters.
If it was outstanding visually or in terms of combat mechanics, this wouldn't be a problem.
However the map offers the bare minimum in both those areas.
Basically unplayable.

No changes were made in more than 3 months which means that no changes are inteded to be made. Acording to rules, this implies that your map will now be classified as substandard. If you wish to revert this decision you can PM a map reviewer once you have updated the map.


If you want more reviews, come here:
The Grand Review Exchange!
You must log in or register to reply here.