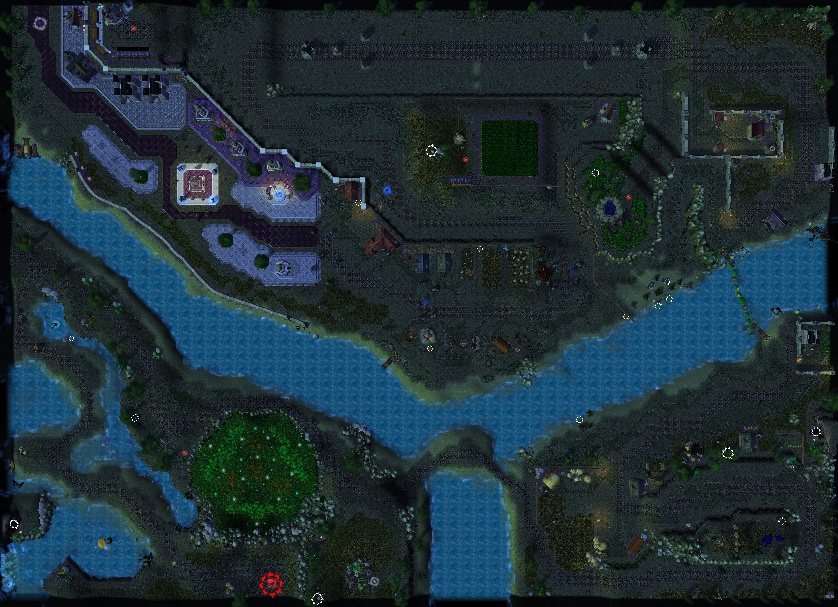 Arius was the only one who survived the bloody battle with the invaders.
Now he is coming back to the city, but he will not necessarily be alone all the way..
Muradin and someone else can join him.
Forest creatures will cross his path as well as enemy soldiers.
Few puzzles will test his intelligence.
Finally, in his own city, he will have to face four enemy heroes.

But no fear, if he find resurrection stone he will always return to life. 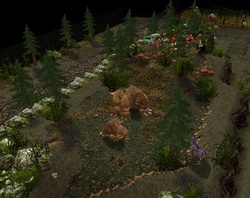 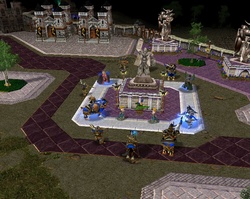 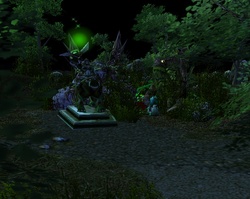 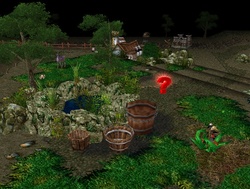 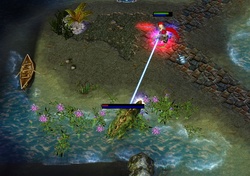 deepstrasz
Hey, sorry, this hasn't been updated in over three months, so, set to Substandard until further notice. (previous comments: Kingdom of Aragon)
Read full review...

Models 1 Maps 3 Templates 2 Ported Models 34 User Interface 1
I will test your map as soon as I have finished mine and uploaded it. Your screenshots are private btw, so you might need to make your album public.
Screenshot

All in all I have mixed feelings. Some parts were extremely easy, and I could just auto attack to get past them while other areas were extremely hard, and near impossible. The ress system shouldn't rely on finding two stones, as there is a possibility that the player doesn't find the required items (like me). The spells and hero was nicely done, but I feel that the ultimate ability should be a lot stronger damage wise. Standing in place and channeling for 2 seconds for a weak AoE spell with knockback hardly seems worth it. I could kill all the NPCs.

What I miss is; More world building, more interaction with the NPCs, more substance, better unit AI, and the main requirement for the contest; A boss fight.

Also a better outlining of the resource / crafting system.

1 items should have thier stats on them in the tool tip
2 dont like the bag system, cant keep track of what i have and dont
3 given that this is not wc3 lore friendly, shouldnt the npc's and narrator have thier own names as well?
4 abilities should also have thier stats per level included in thier tool tips

This one really is straight forward, which is in the contest's interest i suppose.

If not for the puzzles, this would have been basically kill units on the map.
It needs custom abilities and/for enemies.
You could make something for replayability: set of abilities to choose from or heroes, talents/masteries, something.

Awaiting Update mostly for bug fixes but would be nice to have some more content, maybe an actual story, some dialogue, I don't know.
Devalut also pointed some things you should consider improving: Mini Mapping Contest #16 - Results
FeelsGoodMan also wrote many issues to solve, especially misclicking leading to all the bag items being released, or the puzzle walls being moved more than should be allowed.
DrakPanda is right with not being able to track which items you have in the bag. I suggest a -bag chat command or something that tells you what you have.

LEAKS
Triggers - Memory Leaks and Custom Scripts
If you're not satisfied with the review and wish another opinion, contact the other reviewers or use the staff contact:
Shar Dundred
Alexen
Paillan
eubz
https://www.hiveworkshop.com/forums/staff-contact.692/
Last edited: Apr 3, 2020

Maps 4
Hey, sorry, this hasn't been updated in over three months, so, set to Substandard until further notice.

(previous comments: Kingdom of Aragon)
You must log in or register to reply here.

Lord of the rings