A New Power In Lordaeron 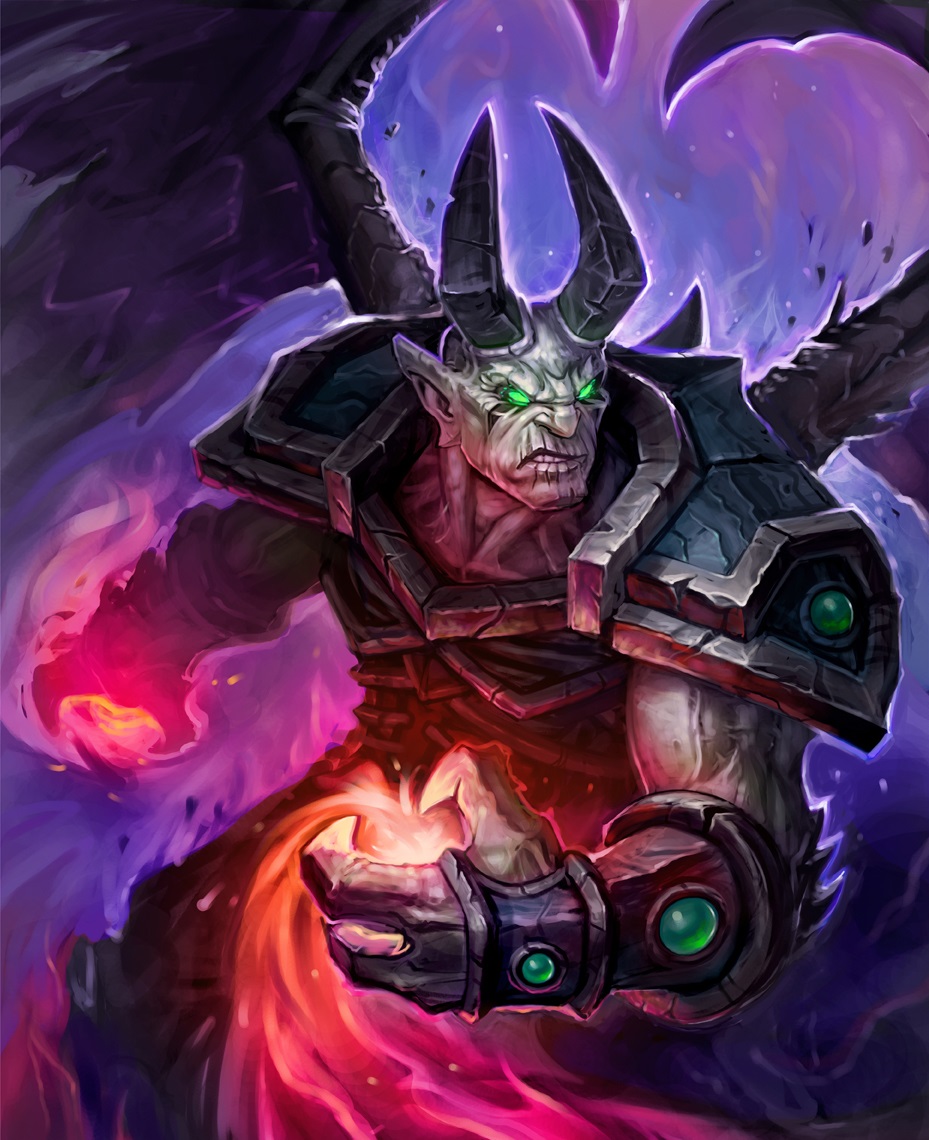 This bundle is marked as pending. It has not been reviewed by a staff member yet.
View usage Statistics Legacy download
Reactions: Straze and Lordul Dracula
A New Power in Lordaeron. Balnazzar's fall, or is it?

This is another map that I want to share before I release the campaign (which is coming very soon).
The purpose of this is to gather information if people like it, find it too hard/easy etc...

PS: I will most likely delete this bundle shorty after I release the campaign, since (obviously) this map will be in it.

For all the unit models and icons.

A New Power In Lordaeron (Map)

Maps 10
Any critique is more than welcomed on the map, and I can provide detailed description of my decisions for this map if anyone is interested in knowing!

Well this building is pretty useless because you can't sacrifice Workers

The ghoul is pretty useless because he can no longer gather lumber anymore.

I don't understand why you added the hotkeys in the description.
Well this is all for now

Maps 10
Hello, thanks for testing.
1- I will look into it, thanks!
2- It is needed for the Boneyard, so the player will need extra time to get to train Frost Wyrms.
3- Yes, good point. I will probably make them cheaper and cost 1 food instead of 2.
4- I know but for custom units/spells etc... I don't know how to make it appear in the name of the unit, to make the hotkey letter yellow color. So I came up with this.

Thanks for testing it out and hope you had fun!

Maps 2
I personally don't like the gameplay... The mao feels almost the same with the exception of a few bases added... Also, I don't understand the Human hero...
He doesn't start with a base... And I honestly haven't used it at all. After 20-30 min all human bases were wiped out. Also, I don't know if is just me but units feel weaker than the normal undead units... Ghouls are useless, you can't un summon building... I think you wanted to create maybe a harder version of the map. But it needs much more polish I think and some balance. Too many units on the map. And even likewise there were not that many humans left in Lordaeron at that time. When I joined it felt more like the human are trying to take the capital city back. The map is huge and outside of the difficulty, it doesn't offer much. There are some things I like tho... An extra-base separately for varimathas...Maybe having a base for the red dread lord and the humans being AI? and doing their own thing. Maybe if you expanded the map add some optional quest to help with the difficulty. Idk. those are a few things I believe about it.

Maps 10
Thanks for review, it's greatly appreciated!

My plan for Sylvanas' undead was to make them semi-forsaken, because Sylvanas is not 100% yet Forsaken. using at least 50% of other custom units that I've created.

Humans being wiped out is weird, I did 2-3 play tests and they lost a lot of units but were able to rebuild with ease, without needing the help of Garithos and his small army of humans that you control.
And yes, I wanted to make it a bit hard but I will probably make it easier when I release the campaign (almost finished with it but I will re-visit every single map and make it easier and add some more triggers I think).
About the many humans in Lordaeron etc... I've thought about it and I'm planning to make the Warcraft 3: Reworked project be an alternate (but very similar) reality to what we have in the original Warcraft 3. For example: Varimathras using a lot of demons even after he joins Sylvanas, the many humans and dwarves left in Lordaeron etc...

Thank you so much again for review!

Maps 2
Hmm, I understand your points, and yes you. 're right about Silvanas not being full forsaken at that time. But they will call themself Forsaken at the end of that mission which makes me think that is the moment when the Forsaken are actually born, Meanwhile, I was thinking, In the previous two chapters Silvanas slowly build her army by adding Varimathas forces to her own. I can assume that she didn't destroyed all of Detherock forces. Also, she got control over the ogres, murlocs, dogmen and trolls, maybe you can use those to as lorewise they were not killed till wow Vanilla (I am not sure about this entirely)

What do you think about maybe making an Ai human and getting control over Varimathas Forces instead? This way you have both bases of silvanas and Varimathas under your control And you can focus on that, It makes sense lore-wise as Silvanas own now Varimathas). There is plenty of space on the map, but I think there are a bit too many bases. Also, I charmed/Posses the undead units instead of using silvanas units ) As I was a bit unfamiliar with them. I honestly haven't built anything with The human base as it wasn't really worth it. I think you wanted them just for a bit of support and story flavour.

I was thinking of remaking the map myself, to be honest, (I mean making a vs of mine a bit harder and with some other side quests but I work on another campaign I started recently.

I will share some ideas with you here maybe you can use something or it will make you spark your own ideas around it.

So first I was thinking In Having the Human base as it was in the initial campaign with Garithos having access to all races and having some small bases around of dwarfs and humans to help out. and having Varimathas be Ai to with his own forces and base, Silvanas with her base and garithos wich you control (Or not dep to you). I t was some optional quest to rescue the dwarfs, maybe you can create one where you rescue their base instead and they help you in combat and allow you to train dwarves. after that quest. You can also create some sort of System where Garithos summon allies like Kull tiras (Who were outside of war at that time) or Gilneas which was just south of the capital city where the mission take place.

Second I think the units you have chosen for Silvanas are ok but a bit weak compared with Varimathas who has the demons and chaos attack in wc3 is huge dmg..

Third regarding the creps allies Silvanas get's in the first mission, you pretty much still have them lorewise, but were never mentioned outside of that mission called The Dark Lady I think, maybe you can use that idea to something.

If you think this way it will be to easy for the player you can create some sort of Sidequest where Varimathas summon demons as reinforcements for Silvanas .

If you want to maybe you can use The scarlet crusade and The target dawn who basically were created around after Arthas disbanded the Order of The Silver Hand, Ashbringer and stuff I mean there is so much Blizzard hasn't touched and left for us to speculate around it. Plus where is Kel'Thuzad at this time? Wasn't he supposed to defend Lordaeron? In Arthas absence ?

Outside of this Is just a case of testing and getting some balance which take time.. a loot of time.. I like your idea and I would love to see more.

I am currently working on a small project myself, The first time I did something like that I still struggle with learning how to use triggers and how to unbug them) , I have learned a loot in a short time and I hope to be able to come with something nice. I struggle with saving the hero for the next maps I create the triggers for it but doesn't seem to work in the next map, So I am stuck with that for now

Maps 10
Hm, you have some good ideas. I am definitely revisiting all maps but especially this one because I like it a lot.
The humans you control are just a tiny army and the units and structures you can build are limited greatly because the rest of the humans is an AI (and dwarves are AI completely).
I think I can also make the AI be able to attack other bases apart from Balnazzar, but also attack his base at the same time but I don't see it as super necessary.

Also I'm planning on making some kind of special ability for Varimathras for this mission with triggers where something super cool happens. It's a secret what it is

.
Kel'Thuzad already has 1 custom ability with triggers on mission 1 of the campaign because he only appears once.

Also you are right, it's like Kel'Thuzad doesn't exist in Sylvanas' missions. I'm planning to put him and make him attack Sylvanas and the Humans/Dwarves but also Balnazzar's Forces.

But I might have to make another standalone map for that because for the campaigns I want to make the maps not have more than 12 players so people can play them on earlier patches like 1.21, 1.24, 1.26 etc...

Maps 2
I see,well I am eagerly awaiting to see it Let me know if I can help
You must log in or register to reply here.

A New Power In Lordaeron