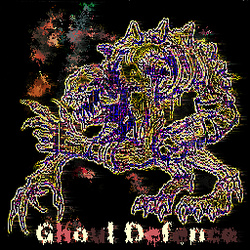 Upgrade your ghouls that spawn for other players and be the last man standing.

Equip your paladin with unique item combinations and specialize your ghouls with into 4 distinct types!

deepstrasz
(previous review: Ghoul Defence) Not completely new but something better at least than what else is there that's pretty much the same thing. Footman Frenzy has come a long way and it's much more advanced than your map which is too simple. As, I've...
Read full review...
Reputation Statistics
Show Ignored Content