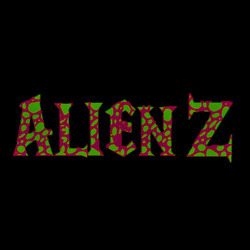 Hunters will hunt down Aliens, while the aliens try to hide, reproduce and mutate to eventually overwhelm and kill the hunters.

As Hunter your objective is simple: kill the aliens before they become strong enough to kill you.
Around the map you can find crates that dropped of the crashed spaceship. In these crates you will be able to find some of your equippment.

As Alien your objective is a little more challenging: hide and survive until you consumed enough lifeforms to mutate.
Each mutation will increase your power and abilities - at somepoint you will be able to fight back the hunters. Until then you can protect yourself by laying eggs and attack the hunters with your hatchlings.

Will the Hunters be able to hunt down the Aliens, or will the hunter become the hunted on this foreign planet?

Inspired by the concept of the "Evolve" game as well as simple "hide and seek"-games.


*You can test the map (without ai) in single player by typing "-test" during the first 20 seconds (only works on singleplayer and only works with the username "WorldEdit") - this was just for my testings and for you to have a look at the map but wont be very entertaining.

Nihilism_Is_Death
Okay, just tried this out in a lobby. 4 hunters vs 2 aliens. I played as the alien. Visuals: The terrain was well decorated and not boring. The setting fit the game's theme of being on an alien planet. The model choices for the aliens are good. The...
Read full review...

deepstrasz
Regenerative Cells and Lay Eggs should switch positions since now R is the first spell. No information in the game (quest log). Stimpacks are to stimulate not regenerate. That is their logic in StarCraft. Alien Drone, the last mutation? Hunters have...
Read full review...
Reputation Statistics
Show Ignored Content