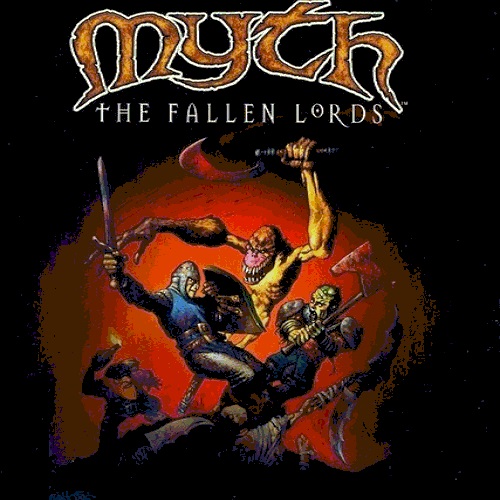 This bundle is marked as approved. It works and satisfies the submission rules.
View usage Statistics Legacy download
Reactions: The Nightmare Book and deepstrasz
Myth The Fallen Lords: 01. Crow´s Bridge

This is humble remake of the first mission of Myth: The Fallen Lords: 01 Crow´s Bridge
For those who don't know, Myth is an RTT in which you control only units, and each has some skills. (MICRO in this game is essential).
This map is based in Myth Series, the first mission consist in defend a small village and then cross the bridge. (10-15min gameplay)

Light:
Warrior : swordman that hold a shield, and has chance to block an melee attack
Bowman: Long ranger unit. that has one flame arrow per unit, that incinerates the ground damagin all units (including self and allies)
Dwarf: Small ranged unit, but with high power of destruction, one attack of this unit can severely damage your own units, can place satchel charges on the ground (land mines) that explode when at contact of an enemy unit.
Villager: Townsfolk

Dark:
Skeleton Warrior: Are slow units similar to warriors but without the skill block, but more weak.
Skeleton Archer: Similar to bowman without the flame arrow skill.
Ghoul: Undead unit that walk/run faster then the other units. His specialty is to surround group of archers or Dwarves.

Other features:
You can choose one of 3 dificults. I recomend you start at easy to see how the mechanical works, then increasing. The difference between levels is that by increasing, the number of enemy units increases, the gameplay remais the same.
The ranger units has missile splash damage, you can micro to avoid an enemy arrow, or your own arrow can damage your own troops.
Left and right key to rotate camera. Type "-cam" to restore camera game

CREDITS
Myth: The Fallen Lords soundtrack in briefing and victory screen (Thank you for [email protected] for create a so beatifull soundtrack that marked my youth a lot.
This map uses a custom model: Loarderon Archer. Idk who make it but Thank you so much, I´ve downloaded it from other map dont know who is the author.
Thank you for all comunity of hive to helped me make this map. Especially Uncle did the Flame arrow.
The units Warrior and bowman has sounds of other game : Knights and Merchants. They has a scream when attacking enemies like (fire at will, in to the battle, arm your bows etc) Thankyou for TopWare for building that sounds I like so much( marked me too).

Short History:
After sixty years of Myth: The Fallen Lords , hear about the Great War, and the Fallen Lords were just tales of grandfathers for grandchildren. But that would change after certain strange events when finding open graves in various locations. Cruniac, the Captain believes it's wild dog service. But one day on a routine patrol, we spotted smoke in the village of Willow Creek, and went to investigate.

Dark:
Ghast: Slow undead unit, that has pus attack, it petrifies stricken units, for some seconds. 100% Chance (Stun + Cold Effect for 7 seconds) The warrior may block the Ghats attack.

Gameplay:
Staying away from Ghasts is the key. Use archers and the dwarf to eliminate them from a distance, use the warriors only when cornered. 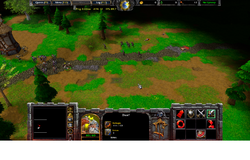 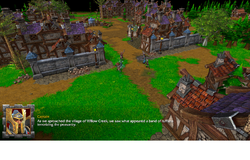 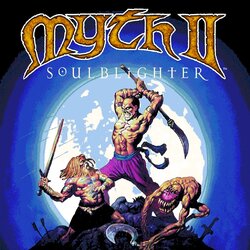 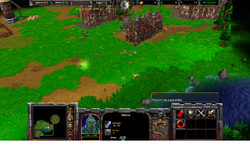 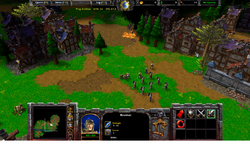 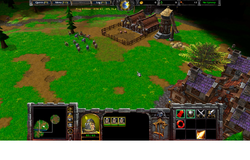 deepstrasz
Decided to approve this as it got a nice update and the gameplay isn't really that familiar, let's say, to Warcraft III. Although, I'm hoping you'll add more maps in this thread. If you want more reviews, you should participate in the The Grand...
Read full review...

Nudl9 said:
Does it have physics?
Click to expand...

Maps 4
It's a really nice map. Could get a bit monotonous; needs a lot of micromanaging.
Hopefully you'll make more maps with diverse gameplay mechanics.
An annoyance is that the archers can't cast the fire arrows when they are all selected.

Maps 6 Spells 1
Crow´s Bridge V2: Added bash system. In original Myth games, when major part of units takes a hit, it can´t react for a few moment for this I´ve introduced bash. Some bugs has been reviewed.


this video is the gameplay

Maps 5
Failed it on normal. Completed it on easy, but failed all optional quests. Will post all two attempts here as WC3:REF replays.
And what we have at all:
After all, it's nice map - looking forward to play next chapters of this old game, interpreted in Warcraft 3 Reforged!

The Nightmare Book said:
Failed it on normal. Completed it on easy, but failed all optional quests. Will post all two attempts here as WC3:REF replays.
And what we have at all:
After all, it's nice map - looking forward to play next chapters of this old game, interpreted in Warcraft 3 Reforged!
Click to expand...

1)TY for playing it, Im really grateful. The original game is a little slow I´ve tried to make similar.
2) About the "optional quest failed" I will investigate.
3)Ghouls has more movement speed, and the chance to bash of all units is 100% (1 second) if hit the target, if a ghoul try hit a Warrior and it get missed, the bash dont work. Archers can miss target, so the bash will happen only if the target is hitted.
4)Are u talking about the "land mine" and the normal attack? YES, it damage all units around. This is a little diferent of Myth series... In original game is placed a satchel charge (land mine) that only explode if hitted by the dwarf or other kind of flame (like the flame arrow of the bowmans) Im trying to make this but with no sucess until now...
one more time ty

Maps 4
Decided to approve this as it got a nice update and the gameplay isn't really that familiar, let's say, to Warcraft III. Although, I'm hoping you'll add more maps in this thread.

LEAKS
Triggers - Memory Leaks and Custom Scripts
If you're not satisfied with the review and wish another opinion, contact the other reviewers or use the staff contact:
Alexen
https://www.hiveworkshop.com/forums/staff-contact.692/

If it's the same game style, please put it here, in this map thread and format the description with hidden/spoiler tags to separate the first map's from the second's description.
You must log in or register to reply here.

Druid of the Talon (crow form)

A bridge that can be sailed under