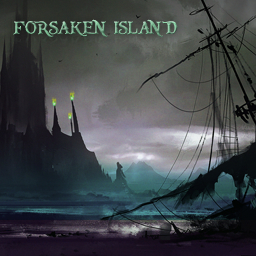 This bundle is marked as approved. It works and satisfies the submission rules.
View usage Statistics Legacy download
Reactions: deepstrasz, Sclammerz, Kam and 13 others
Made for the 9th mini map contest. Additional content will follow.

Map Info View Resources In Use Preview Triggers
Reviews
17:41, 24th Aug 2014 Orcnet: Although the map is made for singleplayer, the game setting and dynamics were very strong and its views to the overall map is satisfying and very unique, I like the door stating out riddles (most of the riddles...
Read full review...


Although the map is made for singleplayer, the game setting and dynamics were very strong and its views to the overall map is satisfying and very unique, I like the door stating out riddles (most of the riddles came from the Hobbit book/movie am I correct?), the abilities present for each hero resembles a nice rpg effect, as well on the one shot view for each region getting passed by my moving.

Terrain is brightly beautiful, having a theme of a haunted house, and yet of course we start off outside the castle that shows also some detail.

Overall this singleplayer has nice results for replay value, as well on giving a straight out storyline and a small scale map size.

E: Hm, can't rate 5/5 on mobile for some reason, will change soon after getting to PC.

Models 3 Icons 65 Packs 3 Skins 27 Templates 3
Awesome. This looks like a good map. I'll have lots of fun playing this Imago.

Packs 1 Maps 3
those pics, they remind me of Dota 2 heroes

JCarrill0 said:
those pics, they remind me of Dota 2 heroes
Click to expand...

They are dota 2 heroes.

If you look at the site he links them to, there are hundreds of dota 2 models that have been converted into war 3 models.

Maps 5
I'm sorry for the mess, I wasn't aware those models were used in DOTA 2, as I never played it.
Im grateful that I was allowed to fix my mistake and so the models have been changed.
Everything else is in the same state as it was before, since this map now will be participating at the 9th mini map contest again!

The only bad thing is that it is single player.

The only bad thing is that it is single player.
Click to expand...

Thank you.
I was thinking already of making it a 2 or 3 P RPG.

ok I was wrong well atleast you could stay in the comp. (for now)

Maps 5
Not really sure but I think dota 2 ripped resources are allowed, as I am seen 2 maps which using Dota 2 resources on it on map section.

Your map is amAZING and beautiful but does it gets to the new version?

What should i do when i have 4 gem in generator the treasureroom doesn' appear?I deafeat 6 balanar then can't do anything

Maps 2
This map makes me think about diablo the game

I found a bug, when i died against the woman boss, the image was fixed on the room, so i could'nt play anymore

It would be great if you could make monsters revive when you come back in each place, so we can train the hero and with this you can make boss stronger, so the game get longer

Maps 5
Great map! haven't found any big bugs. Only with the bats, " I don't really know if its a bug" few of them go out side for fresh air.

Gonna try it out now


________________________
Art
I couldn't ask for more, litteraly. Lots of great details, eye catching stuff and realistic doodads. Such things as a storm outside and some stuff randomly falling from the ceiling.

The music was great - I really loved it! I mean I actually enjoyed the "indoor song", that something that doesn't happen too often... it fitted the map - that's the best about it.

What's really important - the atmosphere is truly surrounding and each place is really significant.
+
Beautiful, atmospheric, high detailed
-
Nothing to say


________________________
Game
As I said - it's dynamic. The dialogues could be a little bit shorter, but it's a matter of taste. The fights themselves are cool. Different bosses with different styles of fighting. Well, the final boss himself was really tough - I had to use all the 5 lifes there with the sorceress.

The spells work the way they are supposed to - there are some really nice spells. With chances to additionaly affect the character/enemies and overall it's fun to cast them. The leveling system works well - more levels for the spells woul be senseless and those stats were exactly what it needed. One possible way to make it even better could be to create more spells and let the player choose but it's 32*32, I know, those spells were surely enough.
Particularly when there were three different characters...

The weapon improvement - nice idea. Quests... well it didn't need those quests, it was so linear that only the dialogues would do it, but I liked it and I think it looks better like this.

The crystals for the treasure room and the riddles were really nice, making the game more and more interesting.

The fixed version really works well, there are still a few flaws.

I ended up with hundreds and hundreds of gold, and there was still only the first upgrade (for sorceress).

When I entred the entrance to the castle and immediately got back, the cut scene with the skeleton took place two times. The second time, I was being attacked by the bats unable to cast spells and got killed.

When I wanted to drink from the fountain in the middle of the game, the magic barrier didn't disappear after killing the spiders.

There's certainly some room for improvement (not improvement, fixing what doesn't work), 5/5 is absolutely sure nonetheless.
Last edited: Aug 31, 2014

Models 15 Icons 22 Templates 2
Awesome, I love it 5/5,
well, not on those hanged people. I hate it when I see people hanged (except for criminals).

This map was really quick, but it was a lot of fun. I like little puzzles like that. It is really well done for what it is. Nice job.

Your map is amazing, the terrain and sound effects makes me feel im watching a horror movie! 10/10. Maybe you can make this a 5 players with some more different areas and a choosable difficulty.

Maps 5
Hello everyone,
I am happy to tell you about my new update. You can finish the game now and you are able to enter 'The Treasure Room'. I listed the patchnotes for you here:

I hope you will enjoy it! I also planned to create a new hero in the next patch.

@Ariagil: Thank you for your detailed review, I enjoy reading it!

when I was choosing passive skills at the beginning, one of them was +1 attack dmg, I thought it would be passive abilities that would give a partner, as a pet when I began the game (which by the way is amazing), I became disillusioned when I saw a pet or a partner T_T

be that for the next update you Might place a companion pet? that comrade die after the death of the hero in such case, not what I mean. very serious GREAT.

AWESOME IT AMAZING DUDE
But one small tiny problem in the game ok ?
HOW THE HELL DO YOU PICK UP WOODS ?????

Too short for my taste, it's finely crafted however and thus: recommended

however theres some bug.
theres chest in the 2nd room to the right(right treasure chest) that wont opened.

terrain path should be fixed. It seems the model was used not re-sizing it base pathing for unit.

I suggest adding camera rotation and the mini boss something like butcher(dota hero) walking to fast.

Too short campaign tho.

Maps 8
Very nice, but the captain model is awful. You should use a custom model, until then 4/5.

Skins 4
where is the location of the firewood in that castle.

Icons 5 Skins 3
You get it from the treasure after the door of riddles once you killed lady arachna aka the spider boss.

Maps 4
I am an experienced map maker myself and I must say that you pulled this off amazingly, respect!
However, there are many tooltip mistakes/typos (that's fine though) and some pathing problems, in the Arachna room you can enter the firepit to the right and manouvre through the whole castle, try it, you'll see what I mean.
Also, I tried to bug the part where you have to activate the 4 energy thingies. I placed all 4 items into 1 container. By doing this I could not reach that final room. You could make the containers only have 1 item slot to fix that.

I will say it again, great map!

good map buut tbh i hate it when you have to manually right click the enemies to attack, no hotkey RIP 5/5.

violette07 said:
good map buut tbh i hate it when you have to manually right click the enemies to attack, no hotkey RIP 5/5.
Click to expand...

You know if you click "a" for attack you have to get your cursor on them, too?
So it doesn't really matter.

However, thank you.
You must log in or register to reply here.