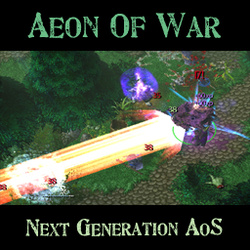 v1.00
- some little adjustments and polish
v0.99
- it is no longer possible to build towers very near to strategic points
- some small adjustments (necromancer nerfed)
v0.98
- fixed a bug with the tauren druid bear form
- re-added fountains in bases
- decreased mage frost bolt damage
v0.97b
- fixed a critical bug that made it impossible for the light blue player to choose a hero in non-fullhouse games
v0.97
- Added a random score screen at game end
- added formulas to spell descriptions
- new model for horde rogue, new skin for human necro
- hitpoints of towers slightly increased
- various small fixes and adjustments
v0.96:
- significantly improved hero balance; heroes now scale 100% symmetrically
- capture points re-arranged (one at each lane)
- honor system improved: honor is now given to all nearby allies and for many events
- added new items
- all heroes are now able to attack creeps & air units
- Added a path that connects top and middle lane
- Added abilitiy preloading to improve performance/avoid first spell usage lag
- critters no longer block other units
- fixed a bug that leaving players were not been taken over by AI
- added standard of war
- various other small fixes and adjustments
v0.95: Many terrain improvements, a new Hero: Ancient protector, many new items, respawnable creeps, various changes/improvements on heroes and many other small adjustments.
v0.94: Various changes/improvements on terrain, balance, heroes, items and such.
v0.93: Another greater update. 2 new heroes: Paladin (exclusively available for alliance) and Shaman (Horde side only). The goblin mage has been exchanged by an Ogre mage. Some other small changes and updates.
v0.92: This is a huge update: new terrain and one new hero: the Necromancer
v0.91: Small huntress adjustments
v0.9: Huge Huntress update/finish: completed spells, 3 pets to choose from, pet behaviour feels more natural now
v0.87: fixed a crucial bug, that allowed players to get more than one hero, rogue: fixed a bug, that normal attacks out of stealth didn't always do critical damage
v0.86: just some little changes and bugfixes, some terrain changes

MAP DESCRIPTION
This map offers fast paced AoS gameplay on a high level of quality introducing many new features. The heroes are mostly inspired by WoW and are equipped with characteristic spells and abilities making each of them a unique playing experience. Due to a custom damage system, the power of spells/abilities infinitely scales with the hero's attributes and anything from normal attacks to spells may crit. Moreover, the map provides a honor system, a tactical capture point system, decent AI/bots, various items (some with special scripted effects), many new graphics and FX, no hidden imbanesses and carefully balanced heroes. Everything is fully written in vjass and works in a trim performance. The map is meant to provide a reasonable alternative to the usual dota styled AoS maps - give it a try! 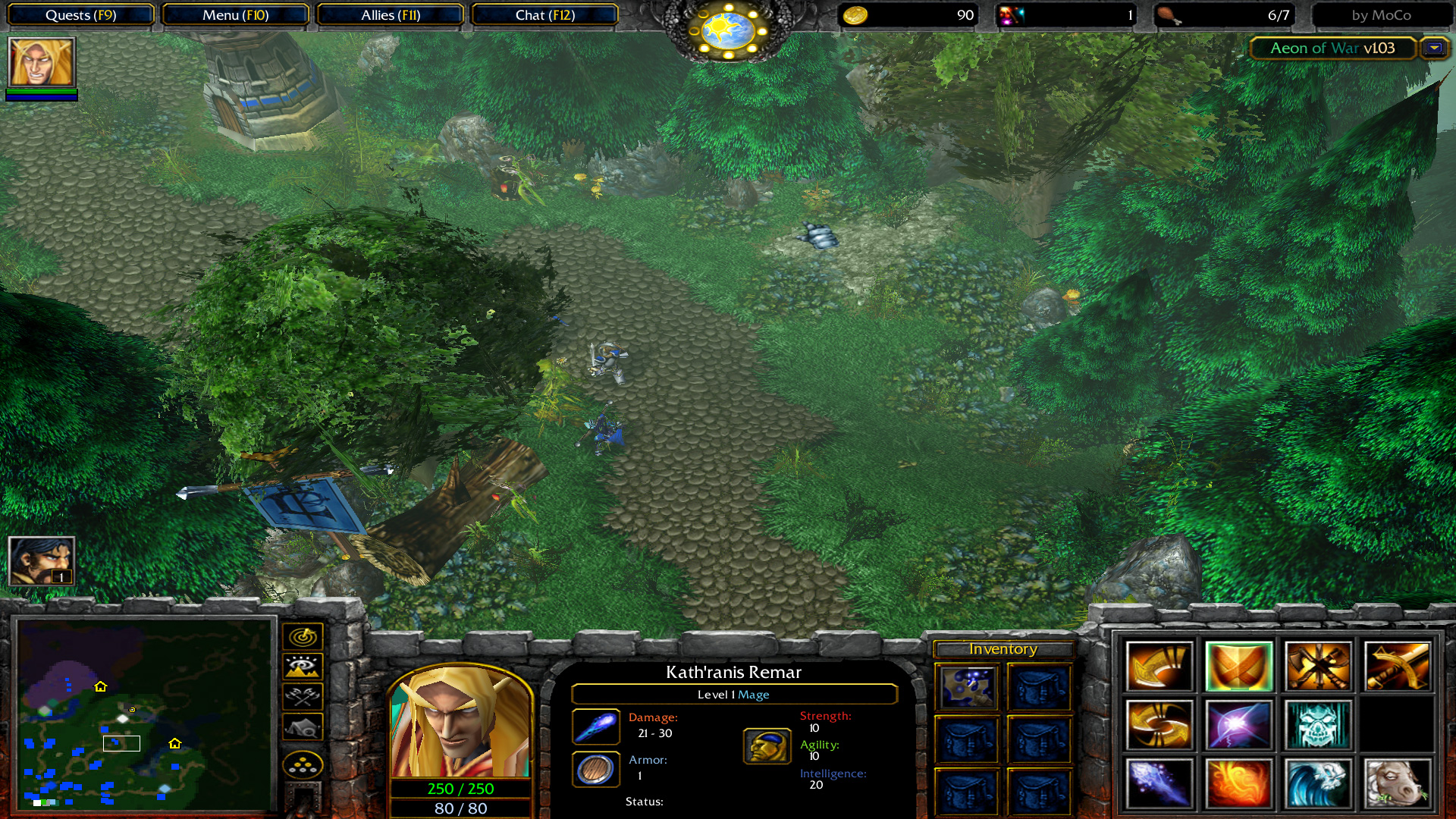 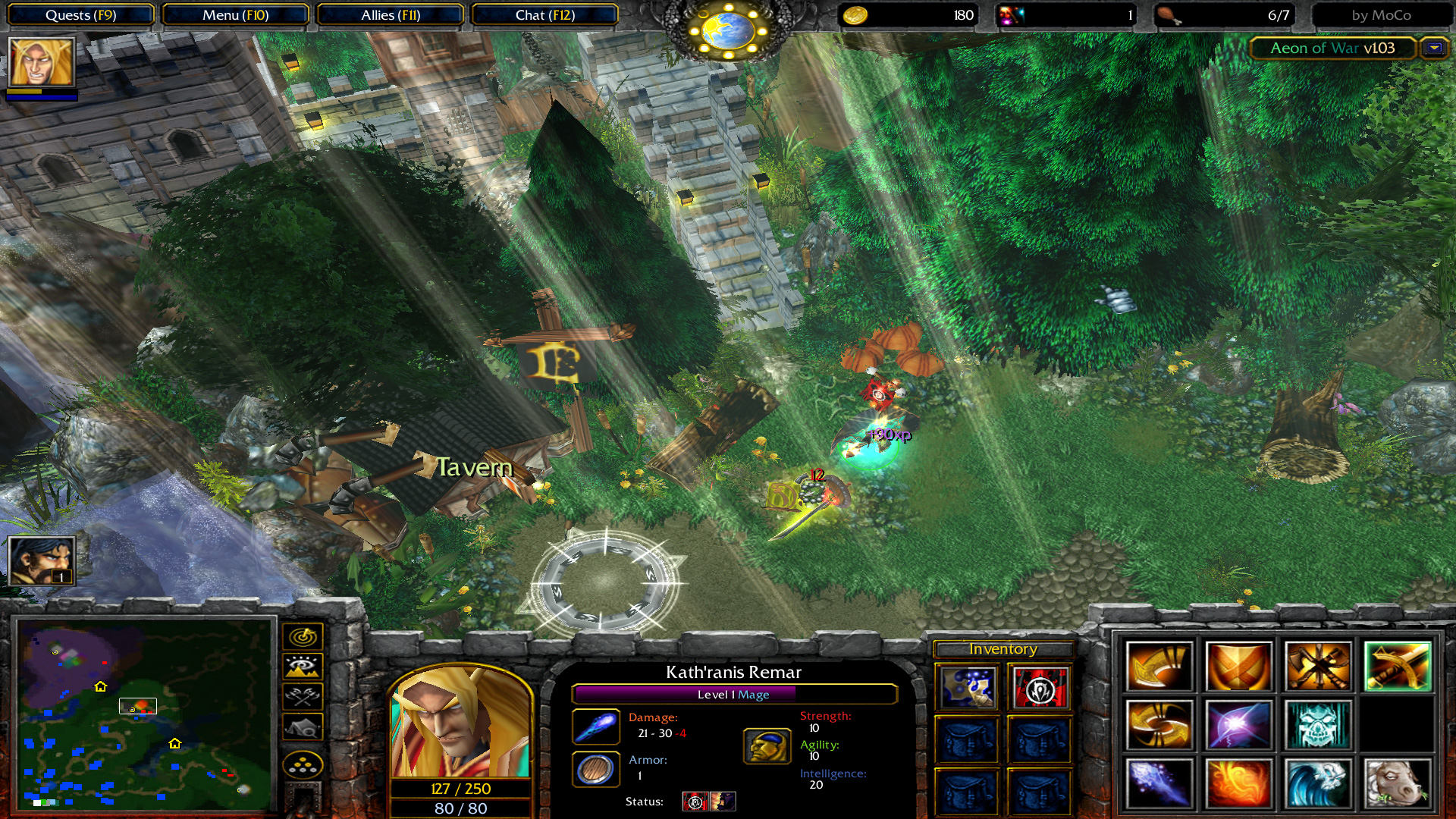 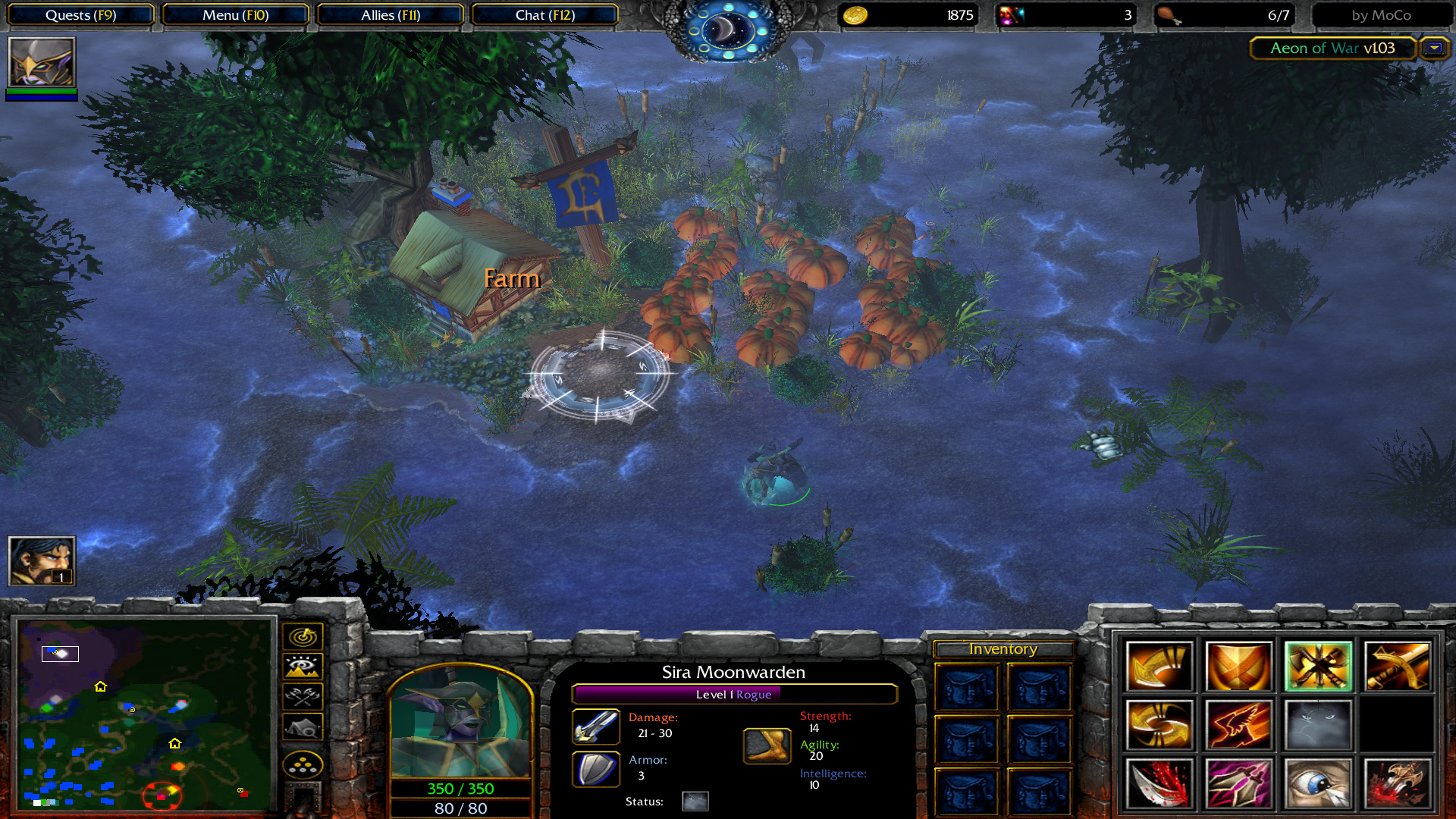 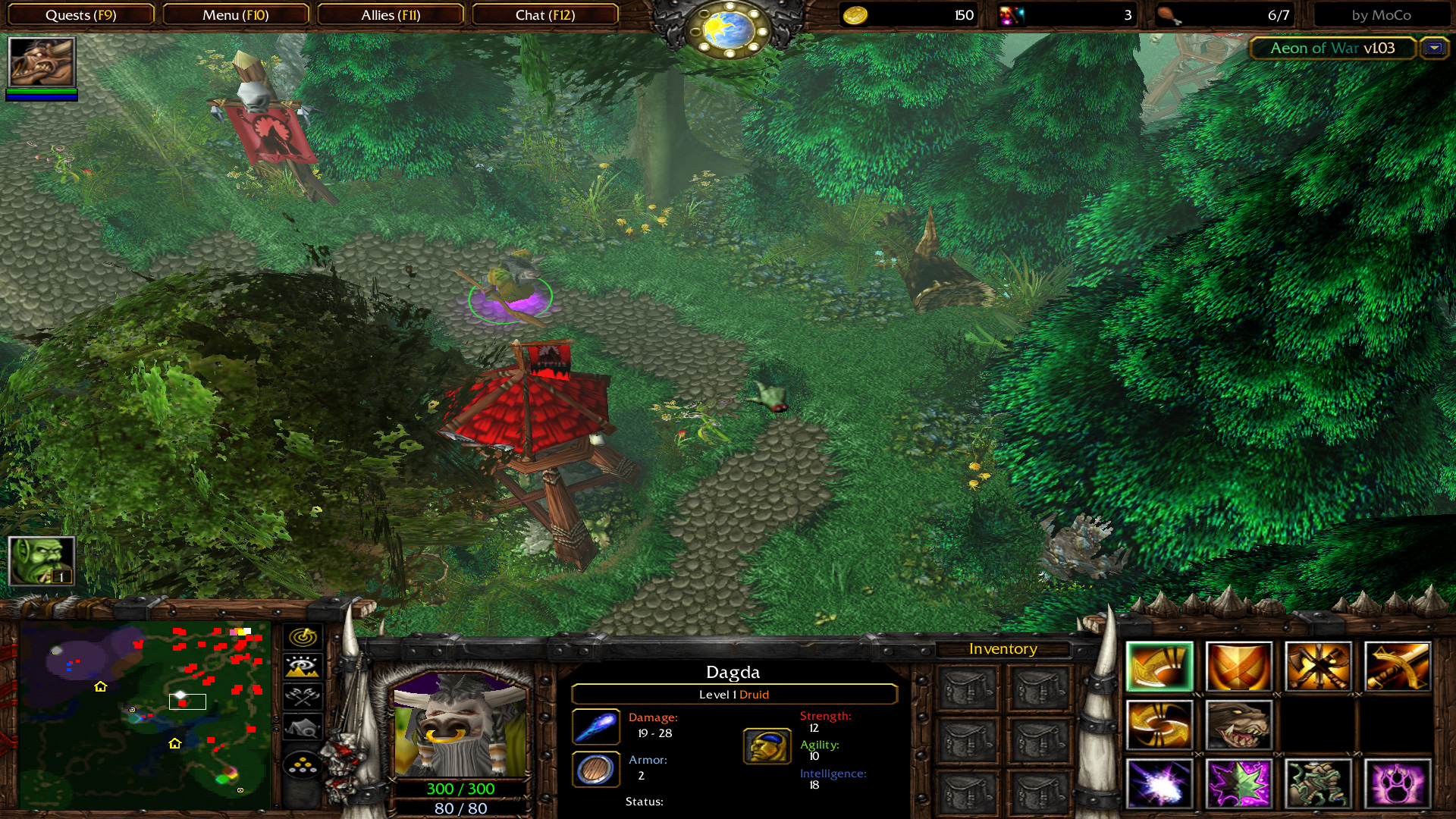 DAMAGE, SPELL AND ITEM SYSTEM
The power of spells and abilities scales with your hero's attributes and everything can crit: normal attacks, abilities and spells. Accordinlgy, items may increase attributes, but may also directly affect spell/ability power, crit chances, etc.

HEROES
The hero pool contains classic heroes inspired by WoW and some new ones. The choice of spells is meant to recreate the characteristic playing experience of these hero classes. Most of the heroes have at least 6 spells/abilities which increases tactical depth and options compared to the usual 4 spells. Most abilities and spells have small cooldowns so you are able to frequently use them. Therefore, most heroes require a considerable amount of micro management to be played efficiently. However, there are also some heroes requiring less micro which makes them a good choice for more relaxed casual players. Finally, the hero design enables a considerable focus on teamplay. Since the number of identical heroes is not restricted, there are countless different team-combinations.

CAPTURE POINT GAMEPLAY
The capture point system creates additional strategic depth in the game. Captured points give your team additional gold every few seconds. Gold is exclusively used as a pro-team resource that you can spend on base and troop upgrades or reinforcements.

HONOR SYSTEM
Your hero receives honor for many relevant actions like PvP, creeping, capturing strategic points, destroying enemy structures, killing enemies and heroes or healing/buffing your allies. Honor is your personal resource for hero powerup and you can spend it to buy powerful items.

BOTS AND AI
The map features AI. Of course it won't compete with real human players but it still may provide a decent challenge. You can fill up player slots with computer players as you like to get a full house everytime you want. Personally, I love playing in LAN with friends and usually it's hard to get together 10 people. Therefore, it turned out to be a nice feature to add some computer buddies.

Last but not least, thanks to the Hive Workshop for being an awesome site!

HAVE FUN PLAYING AND FEEL FREE TO REPORT ANY FEEDBACK - IT IS APPRECIATED. THANKS!