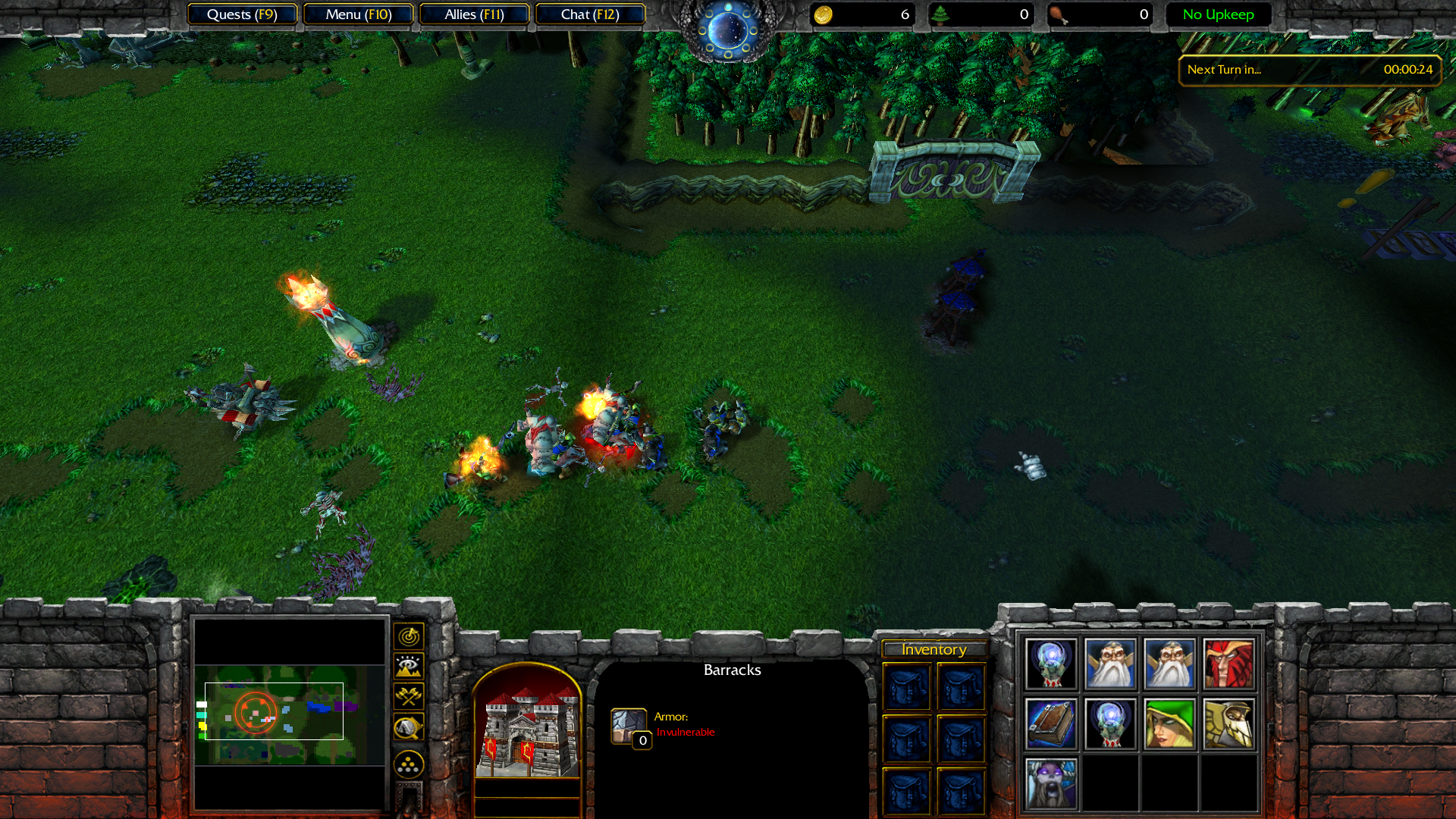 This bundle is marked as approved. It works and satisfies the submission rules.
View usage Statistics Legacy download
Reactions: deepstrasz
OVERVIEW
A card game based on the warcraft 3 reign of chaos lore, when you play a card some units will spawn on the battlefield. There are cards for the protagonist teams in the campaigns and also for the antagonists.

HOW THE GAME WORKS:
Initially each player must choose 20 cards out of the approximately 120 cards in 3 minutes.
Most of the cards do something else than only spawning units, players must pick cards thinking how they will synergize with theirs and their allies' other cards.
A turn lasts 30 seconds. At the end of every turn players get gold. Initially the players get 1 gold but over time this amount increases to a maximum of 15.
The objective of the game is to destroy the enemy gold mine. If the game lasts too long overtime will appear, destroying the gold mine with the least hit points.

The gold mine has mine fire and a slow aura, so the players in a disadvantage can change the tides of battle.
There are offensive and defensive units, offensive units will go to attack the enemy base and the defensive ones will guard yours. Defensive units and buildings take damage every turn, so people cannot stack them, making boring defensive games.
Every deck should have at least 1 anti-air card. Anti-air units are stronger than in the normal game.

Player 1 can choose between low, medium and high income.
There are building skins.
There is a beginner deck.
On the edges of the map are different campaign scenes and all the card packs so people can read them all the time.

Making this map was a fun and long process, but there is still a lot more to add and balance.
If you like what I've done and want to support this map, if you want to give me some more card ideas or if you just want to complain about how imbalanced everything is, join ma discord server: https://discord.gg/gDC4QNNha9
Contents

deepstrasz
A credits list in the map description with the names of the authors whose resources you've used is mandatory. That includes models, skins, icons, custom spells, systems. Also, sounds, music and everything outside this site. This helps you with the...
Read full review...

Maps 4
A credits list in the map description with the names of the authors whose resources you've used is mandatory. That includes models, skins, icons, custom spells, systems. Also, sounds, music and everything outside this site.
This helps you with the models, skins and icons from Hiveworkshop: Resources in use by WarCard B 1.1.11

Destroying the eastern mine didn't end the game for the winner.
Generally, a nice map.

LEAKS
Triggers - Memory Leaks and Custom Scripts
If you're not satisfied with the review and wish another opinion, contact the other reviewers or use the staff contact:
Wazzz
Alexen
https://www.hiveworkshop.com/forums/staff-contact.692/
You must log in or register to reply here.