Models 68 Icons 1 Skins 1 Tools 6 Maps 9 Templates 1 Reforged HD Models 10 Ported Models 1 Sounds 2 Tutorials 1
I want this thread to be about a specific topic idea that I had, and please try not to derail it.

Often in my life, as a way to pass the time and be a phone addict, I habitually open the Reforged Forums, my Hive alerts, and Warcraft III-related discord servers on my phone. Amidst all the content I have read, there has been a general trend towards negativity. Not everyone cites the same reasons, but there does seem to be a general consensus that a lot of people "did not have the experience they wanted" on Warcraft III: Reforged. Personally I have felt conflicted on several occasions because I wanted even more from Warcraft III Reforged but I have a great respect for how changing a 15 year old unmaintained codebase can take a very long time without producing results that a manager would respect. Or, some managers might respect it too much even when there was no practicality in updating it if the compiler for the old version "as-is" could still be obtained by a few hours of hoop jumping.

So, what I am saying is, I often feel like "is Reforged good" was made into a topic that was so incredibly subjective and divorced from anything technical at all that if I worked at Blizzard, for example, even if I was handed a multi-million dollar budget and full autonomy over the future of Reforged with the singular goal "make fans love this game" I am actually decently convinced I might make something nothing better than what we have right now. I am not saying that just to say it, but because of the technical challenges involved with working on this game.

So, regardless of your opinion on the current Reforged game, here's what I want this topic to be: please reply with a technical description of the greatest patch. Assume a many multi-million dollar budget and full autonomy over the design of the game. Include anything, but assume you are the authority over this game and tell me what you would put in the next patch or expansion on top of Reforged that would make you say, "This game really became the culmination of everything that I hoped for and the experience that I wanted."

Part of the reason I am asking is that I had a theory for a long time that people want mutually exclusive changes to the game. Basically my theory is that if everyone posts the patch notes of their dreams, it will be the case that even in the year 2030 with millions of dollars nobody could accomplish what each and every one of us wants because of mutual exclusivity. Hence also why there will always be someone complaining about Reforged.
But asking about this might also lead us to some objectivity. Are there changes that everyone includes in their definition of The Greatest Patch?

And now, for my personal rendition of the greatest patch notes. I hope we see this in 2030:

I would like to open with some insights about our development process. Coming back to Warcraft III: Reforged one decade later, we had to ask ourselves to define who we are and what our mission is. In light of the very real war that has broken out over who will control the future of Planet Earth in 2029, we reiterate that our intention as gaming company is to offer anyone who is interested a form of "digital getaway" and not to make light of the very real nature of war on this planet. Also, as with any video game, please consult your doctor before using any of our official Blizzard Entertainment products. Video games are known to the countries of North California and South California to cause autism. We intend to follow all applicable laws for your region as much as possible in these tenuous times.

So, with that in mind, we came in to this game and asked ourselves, "What can we do better?" And as part of the formation of the New Classic Games Team in 2027, we looked at how we were handling management of our company in 2020 when we released Warcraft III: Reforged and found that our players wanted more from us in a few key areas:
So we looked at this data and asked ourselves: what is the best team to meet these needs? And what we found surprised us. None of these topics require additional art assets to be included in the game. So we got a team of a few lawyers and a lot of computer software engineers, and we put our heads together, and we think we have come up with something that you might enjoy. 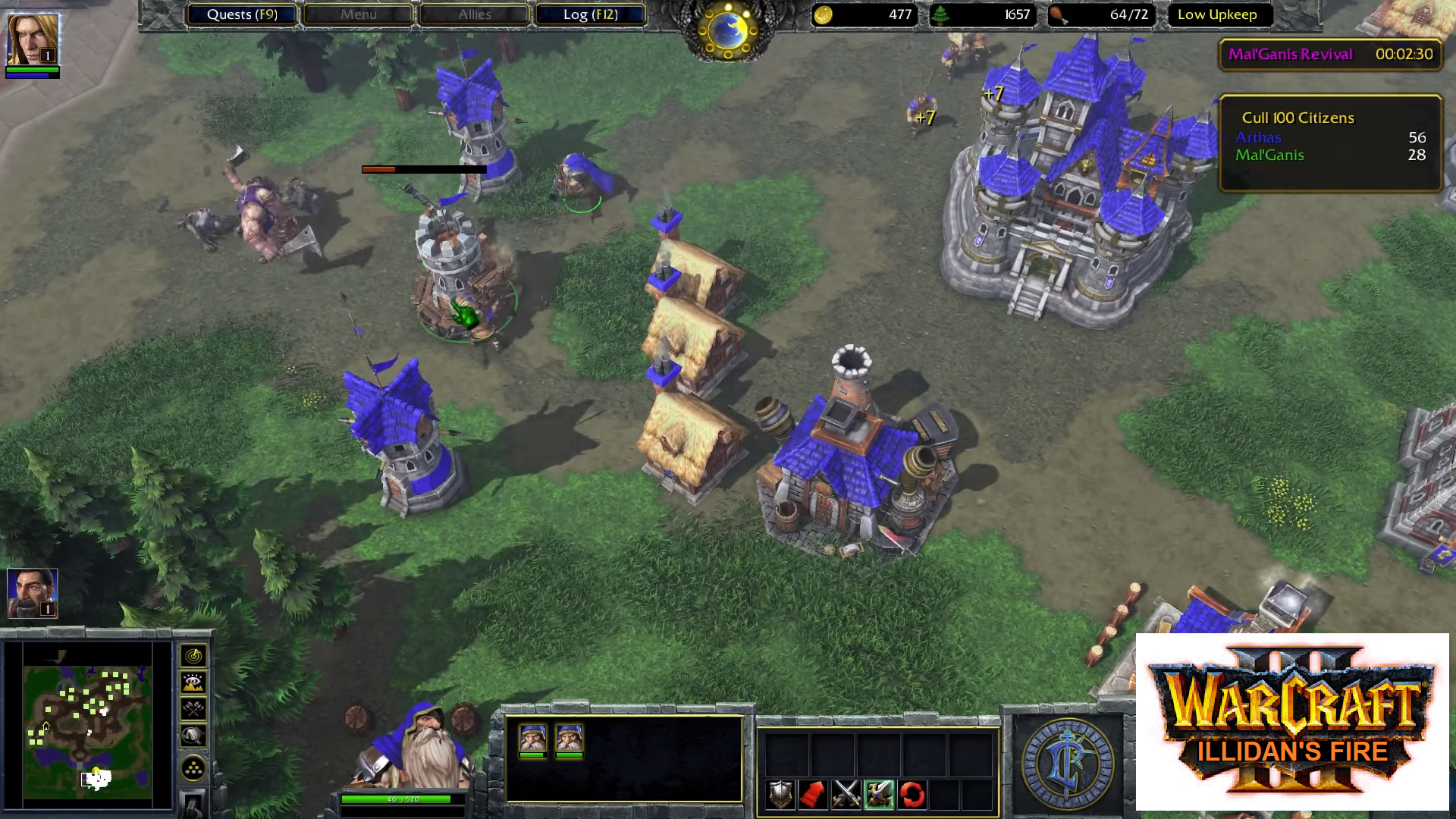 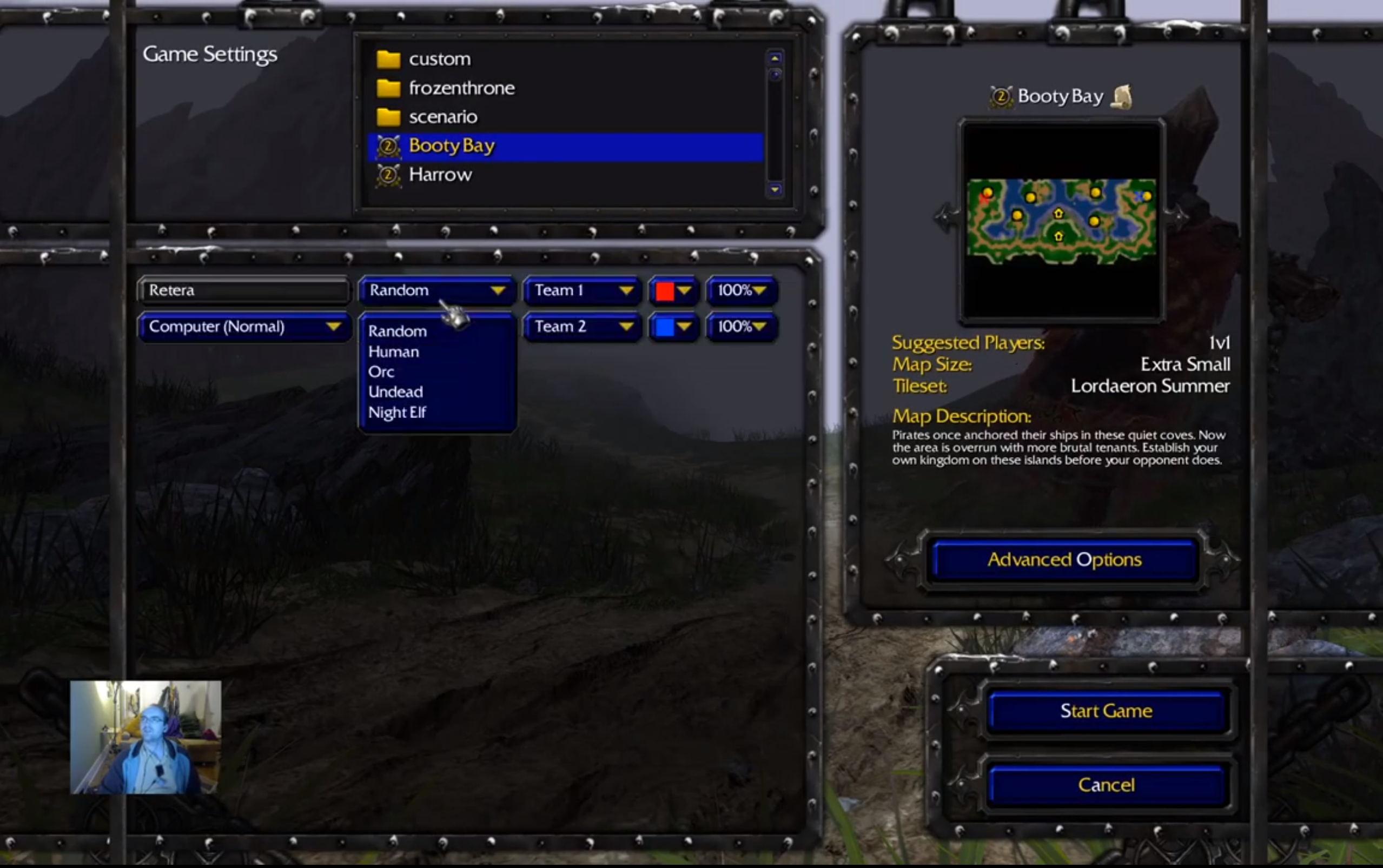 Edit:
Cost/balance analysis to make this patch real:
Costs:
Cost for assets: $0
Cost for legal team to change the EULA: about 4 guys, $70,000 annually for two years since lawyers are rich probably = $560,000
Cost for programmers to change the systems to allow running War3Wrapper.exe: about 4 guys, $70,000 annually for two years since developers are rich probably = $560,000
Cost for developing the Illidan's Fire campaign:
Fixing desyncs, especially with Illidan's Fire, requires 8 extra programmers because the old sourcecode is so unreadable, but then they could get it done in only one year, so that would be another 8 guys x $70,000 for one year each = $560,000

Spells 1
No mention of Dota2 VR support or the rumoured new Battlenet 3.0 that requires you to be always online (even when on-the-go or sleeping for better user experience of course)... I hope Lord Newell blesses us with these features soon.

I understand that Space China is a big market so they focus on that 128x128 resolution mobile play for those off-world users, but come on... Westwood Studios needs to consider us old timer PC users...

Reforged HD Skins 7
Warcraft III: Reforged Version 1.33.0
Patch Notes
Date: ?????
That is all i want, really...
You must log in or register to reply here.