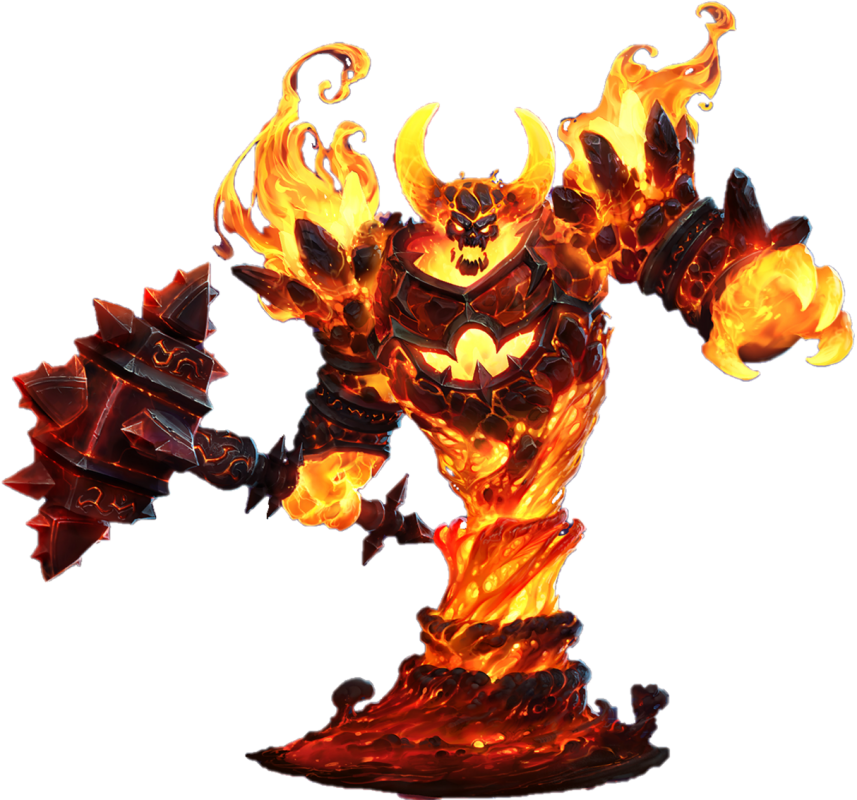 Ragnaros, Lord of the Fire Elementals, and one of the great calamities of Azeroth. Ragnaros, in this Hero Concept, is a main Spell Caster with a touch of Bruiser playstyle. This Hero Concept introduces a few functionalities that until now were not present in Warcraft 3 gameplay, like ability charges and Drag & Drop spell cast, all coded by myself. Thanks to all that have been credited for their awesome work on models, effects, icons and code libraries, and please, if you find that no credit was given to you for your work here or credit were given by mistake, let me know, so I can fix it. Enjoy!

MyPad
A truly scathing entity, Ragnaros makes known his seething hatred for life, from the smolders of leaves to cataclysmic searing flames. The all-burning heat overwhelms even the most ardent foe, as ice shall know vapor, and as snow enters hell....
Read full review...
Reputation Statistics
Page 1 of 2
Show Ignored Content
Page 1 of 2