Exodus of the Horde (loktar's edit) 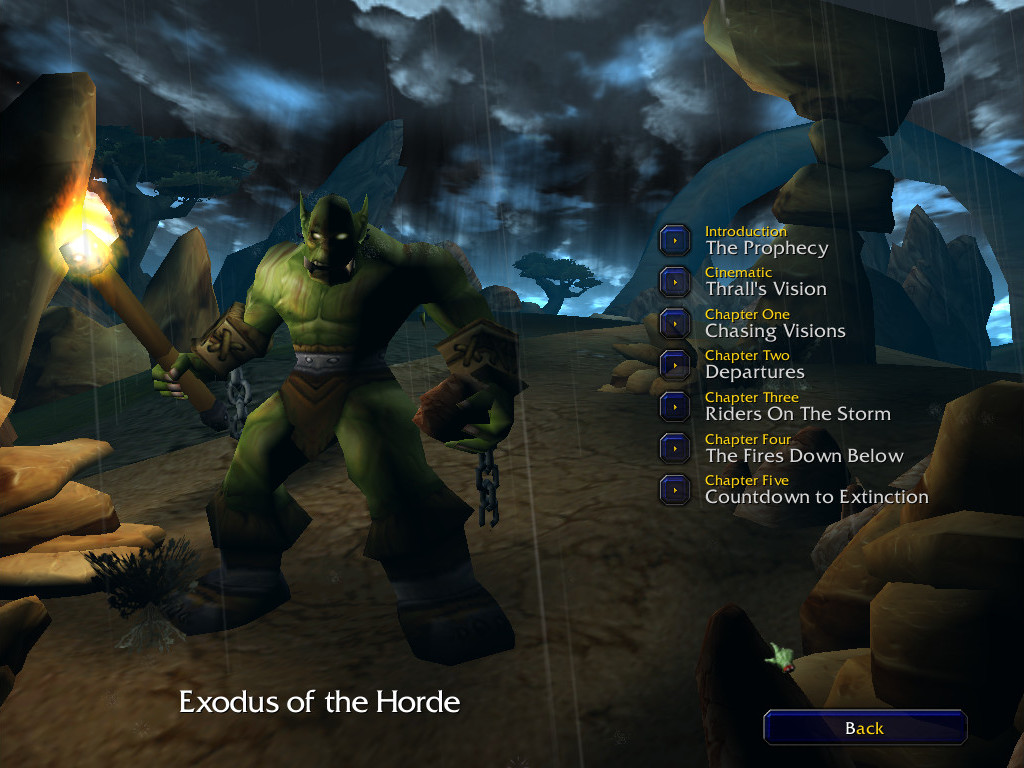 Also available: The Scourge of Lordaeron, Path of the Damned
- Unfinished/abandoned: The Invasion of Kalimdor

The Scourge of Lordaeron (loktar's edit) 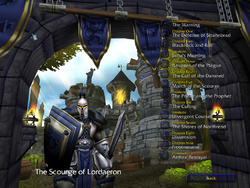 Path of the Damned (loktar's edit) 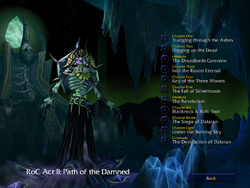 deepstrasz
I'm sorry, but compared to this version (Exodus of the Horde (Expanded)), yours is more lacking. Set to Substandard.
Read full review...

Maps 4
I'm sorry, but compared to this version (Exodus of the Horde (Expanded)), yours is more lacking.

Models 36 Icons 29 Packs 2 Tools 3 Maps 3 Spells 7 Ported Icons 7 Tutorials 1
No problem, I understand. If you have any suggestions for improving it, I'd be happy to hear them

deepstrasz said:
Overall meager changes and I highly advise people to do their own stuff and stop thinking they fix what's not broken.
Click to expand...

As written on the other one.

The issue with these edits is that they have to bring something new otherwise, they don't do anything for the community. The work on such a project is so much thinner than when people actually invest time and love to create something of their own.
Your version doesn't really have custom content apart from some aesthetics imports.
What is there to improve? I think you very well know that. There has to be considerable change to make an unoriginal work fit for approval.
Now, don't expect me to tell you what to do. That's not my job but some hints might be in the direction of new units (not talking about replacing as that's even worse), abilities, heroes, quests. These are some good examples of how to edit an original campaign and improve it:
The Scourge of Lordaeron - Enhanced
Warcraft III - Archon Mode
Arthas Campaign - Humans

So please don't get so offended when what you consider your work isn't mostly yours.

Models 36 Icons 29 Packs 2 Tools 3 Maps 3 Spells 7 Ported Icons 7 Tutorials 1
On my part, I fully understand why this is marked substandard and I pretty much agree with the previous post.
My intention with this isn't to radically change the original campaign, but to add missing content, add more unique resources where I feel it's appropriate, and update it a bit lore-wise.
As such, I accept that it's not on-par with the campaigns listed above, let alone fully custom maps.

Although I hope people will tell me if there are actual bugs or other issues in the campaign, and again, I'm entirely open to suggestions.

Originally, my intention was to release a mod with somewhat updated campaigns (among other things), but since there are long periods of inactivity on my part, I thought it would be better to release them as campaigns first until everything is finished.

hey just want to ask, where is the Horde Campaign ?

Alright, since I gave a review about the 'Path of the Damned' campaign, I might as well give a review to the others

Chapter One:
-You could make Heroes' abilities have QWER hotkeys
-I find Thrall's comment about Forest Trolls hilarious, since technically the Horde abandoned the trolls during the Second War

Chapter Two:
-I really liked that you used a different model for the captured Grunts, which help us know that they are members of the Warsong Clan. however, they are slightly smaller than the regular Grunts
-Last Cinematic problems:
--The camera used while Thrall and Grom are talking after the latter has to be fixed, because the bars doodads are blocking us seeing the two orcs
--The grunt that comes to tell that the Horde is assembled pops out of nowhere. Move the camera more to the left so that we don't see the grunt appearing.

Chapter Three:
-Maybe you should give a human model to the Kul'tiran Rifleman unit, because we know that there are no Dwarves living in Kul'Tiras
-The Murloc Sorcerer has a Mur'gul model

Chapter Four
-Technically there are 12 prisoners, not 10.
-How in the world Murloc Sorcerers have fire-based spells rather than some based on either Frost or Water?
-Thrall's voice is not heard in his comeback to the Murloc Sorcerer.
-Very good to see that you gave Zar'jira a ghost naga sea witch model, which fits her lore-wise! Good job!

Chapter Five
-For some reason Zar'jira is using the 'Walking' animation while talking to Thrall in the opening cinematic
-It is weird that Za'jira not only has the same attribute points as the Murloc Sorcerer but somehow deals less damage than him (she deals 37-43, while he deals 37-47)
Last edited: Dec 16, 2019

Models 36 Icons 29 Packs 2 Tools 3 Maps 3 Spells 7 Ported Icons 7 Tutorials 1
Thanks for the review (and also for the other campaigns)!
I'm not really planning on working on this anymore, but if I have some spare time I'll try fixing the bugs/problems you mentioned.


Re uben said:
hey just want to ask, where is the Horde Campaign ?
Click to expand...

The first two missions of the Horde campaign are here, but I stopped working on it, and I don't plan on finishing it.

Good
You must log in or register to reply here.

Exodus of the Horde

Book I: Exodus of the Horde

Exodus of the Horde (Expanded)

Exodus of the Horde (Original Voice Over)
2 3