This bundle is marked as approved. It works and satisfies the submission rules.
View usage Statistics
Reactions: deepstrasz
Construct walls, towers and lumber mills and upgrade them, to claim victory against the 30 waves of the most dangerous of barrens denizens! 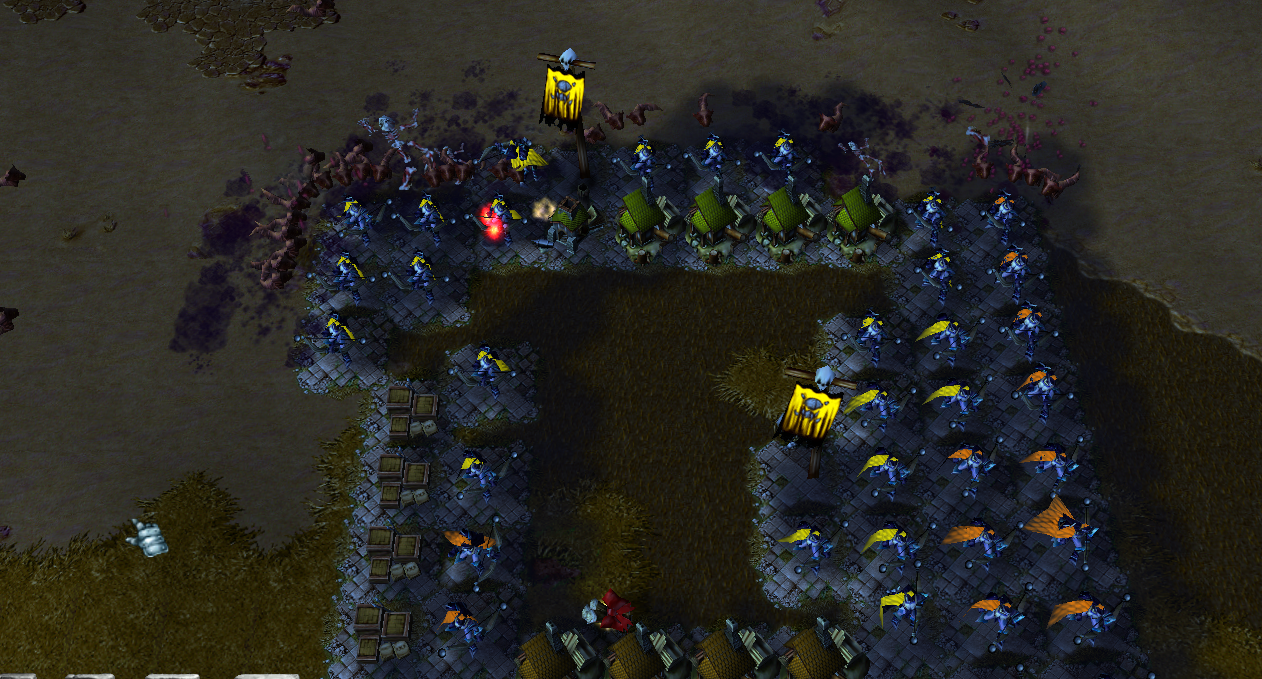 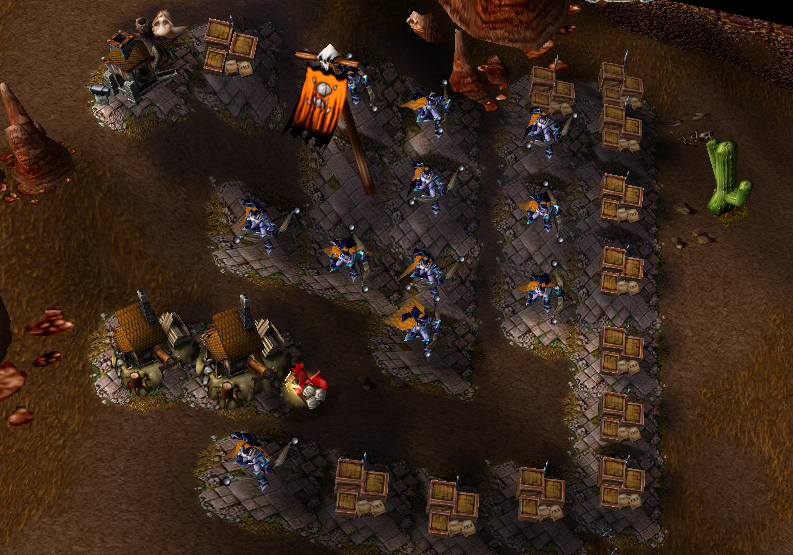 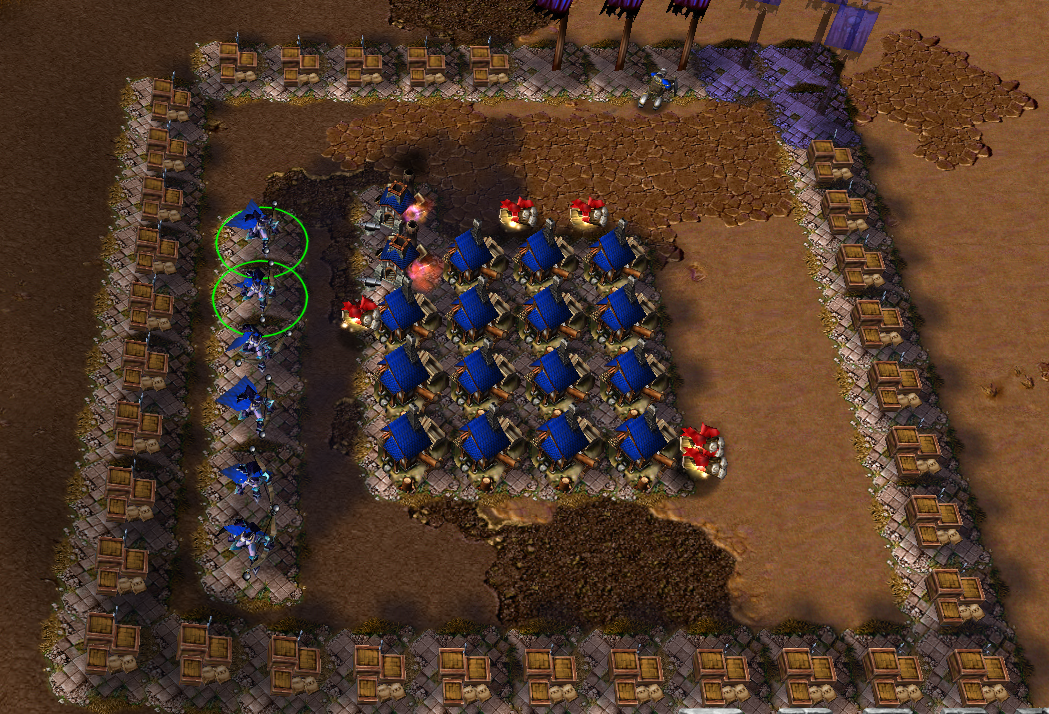 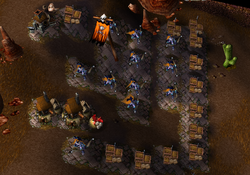 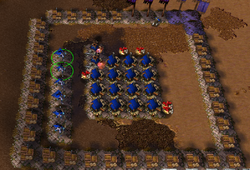 WolfFarkas
Review: - One tip should be added both to the description and changelog: build buildings using shift hold botton. Had to figure out myself. -Round indication is imperative needed, you can looose track on wich round you are. - A timer indicating next...
Read full review...

deepstrasz
Seems like you've used a custom model that you have not credited: Resources in Use by Barrens TD [1.7] | HIVE I think you should use the undead summon instead (be sure to make the unit undead) so that the buildings will be automatically made...
Read full review...

Alxen345 said:
How about you start improving your description first: Description Guide - Maps
Click to expand...

- One tip should be added both to the description and changelog: build buildings using shift hold botton. Had to figure out myself.
-Round indication is imperative needed, you can looose track on wich round you are.
- A timer indicating next round would be great, if not, something cheap like incoming...
- a killer counter would also make this more nice.

Wile I really like the idea, really, those wall towers are very nice. I dont like the defend your peon thing.

-I did many square layouts to protect the good buildings, as you show in the screens, you can loose even by having a lot of towers.
In almost all the plays the peon get surrounded by thousands of units, if the teleport timer is stil counting, the peon is dead, it cant run, also the teleport distance is short.

-I think teleport should be low timedown . to re cast, that would save

-I think this map would be much more fun if instead of defend the peon, it would be a defend a fixed building in the midle, and peon flyer and invulnerable, so you can build freely and build-rebuild while they are doing an oppening in your defenses, is very hard to propely wall all sizes of the square, at that point, a second builder may be nice if playing alone.

-first 5 rounds should be more easy, and make it hell from level 12-15 and above
so people can get notion of the play, the first round already surounds you a lot

-I am not shure if this can be win, I hope it is, it has a lot of replay value

I can win elemental tower TD, but many others TD not, even they do give a lot of fun

you should provide playable hints, the screens helps, but it is also important to have the peon inside the square to avoid being killed. it can be surrounded and killed outside the base
also is better to do very small squares than big ones, because you dont have much time to build big, I did a 9 square, 1 lumber mill 8 archers, and a wall to the archers, then another square it was good, but then lost.

To me this is a 3/5 and awaiting update

- Is mandatory a form to know wich wave/round you are, you loose track of that, and is not a good thing. (all TD tell you round 12/30, 16/30).
-cooldown of the teleport of the peon set to 8-12 secs and increase the distance a bit, to avoid being surrounded and killed (because that is a KO situation) wile you can have a great base of towers.

dont feel discouraged, I really like your TD it requires few things to be approved, but in terms of quality is far away from elemental tower td or pokemon tower td.

Maps 9
Hey mate, thanks for the review, a few points,

Check the food count to see what round you are on


Ragnaros17 said:
-I think teleport should be low timedown . to re cast, that would save
-cooldown of the teleport of the peon set to 8-12 secs and increase the distance a bit, to avoid being surrounded and killed[/COLOR]
Click to expand...

The cooldown and range increases as you upgrade your peasant, also gives a lot more survivability and damage.


Ragnaros17 said:
Review:
- A timer indicating next round would be great, if not, something cheap like incoming...
[/COLOR]
Click to expand...

The enemy comes at night and leaves by day (exact times in quests screen), you can see the time if you hover over the day/night icon at top of screen

I did have it like this initially, but found that people got easily bored, unless they had a good challenge right from the get go. They can always play again if they like the map.

Anyway, thanks again for the review,

that should be added to the description in this thread, but yes I missed that it was in the changelog.

"The cooldown and range increases as you upgrade your peasant, also gives a lot more survivability and damage."
I see.
I am more with the orthodox TD, invulnerable towers, invulnerable builder, a set paths to the waves, imposible to block the creep waves paths with towers,
and protect something.

Maybe it should be Barrens Survival, instead of Barrens TD, because as TD I would expect an Orthodox TD, but well that your call.
I just recently played Stronghold TD remastered and I found it as an Orthodox TD.

well I have to recognice that I am not very familiar with survival games, and I probably bias about the teleport cooldown.

Maps 4
Seems like you've used a custom model that you have not credited: Resources in Use by Barrens TD [1.7] | HIVE

The concept itself is crazy. TD lovers would like it probably.

Maps 9
Awesome man, thanks for the review!

I totally forgot about the credit for the archer, that's totally my bad


deepstrasz said:
I think you should use the undead summon instead (be sure to make the unit undead) so that the buildings will be automatically made.
Click to expand...

Yea I thought about this, but at the moment, the game tuning is built around time spent building and I do think some people like the feel of having to 'build' as a apposed to the undead way. I did make the build time very low, and it even increases as you upgrade your peasant though.


deepstrasz said:
Because the enemy units belong to one player only and maybe they are all sent in the same group, they stutter if they're too many on the map at once. Read about it in the links of this post: Santa vs. Evil 1.3
Click to expand...

Yep I know about this one, there actually is 4 AI players, but I changed their color and name to be all the same


deepstrasz said:
You could mention the max number of an upgrade either in its title or description.
Click to expand...

The max number is in the title of the upgrade e.g. Wood Upgrade [3] (but I should probably make it more pronounced)


Generally, there is plenty of polishing to do, but the main idea is there, so I decided to get it out there. Anyway, thanks a lot for the review.

Skins 7 Reforged HD Skins 1
You can use custom resources because there are super plenty and tons of stuff here.

Man this map is great fun, was playing with my friends and find the jump from level 10-11 pretty intense.

mind pointing out why? is not really fine to rate 1/5 an approved map. Mind your behaviour or I'll report you.
You must log in or register to reply here.