Models 23 Icons 15 Skins 3 Maps 3
Hello all. Last night I had discussion long time with azlier about WCIII Beta stuff, we discussed about official pre-release WCIII version which contains of some buildings/units/abilities which were different from final one we have now.
So, I got idea to see for your precious opinions about those stuff, to discuss which units/buildings/abilities and such was better in Beta, which one of them should stay in official Wc3 and Frozen Throne rather than got removed or replaced.
So, here are some of those known beta stuff which got different from final version, replaced or removed in total:

First, everyone could train only one hero from Town Hall and revive it from Altar! heroes could get ultimate ability from level 5

In Beta, Orcs had both Lumber Mill and Forge for upgrading stuff, rather than all sticked in Lumber Mill.

This was Lumber Mill. It could upgrade ranged weapons and Spiked barricades. And used for lumbering storage.

This was Forge. It upgraded Melle Weapon and shields.

Burrows were used only as bunkers, it is said
,,Any unit can be placed in the burrows for them to attack, with each new unit increasing the firing rate of the Orc Burrow. Peons tend to work best as they are the cheapest units. "

Troll Headhunter had this ability instead of berserk

Troll Witch Doctor had this ability instead of Healing Ward

,,Ancestrial Guardian - Summons an ancient hydra for a short amount of time. The Hydra is immobile, but attacks enemy units with a fire attack."
Well this is kinda like Shadow Hunter Hero's wards.
Icon and model of this Ancestrial Guards are hidden in World Editor.

Kodo beast had this icon instead of War Drums we have

Human's farm could produced 10 food and costed more instead of 6, which is for me much better choice rather than often building farms around base.

Remember High Elf barracks in campaign? This was designed to be Mage Tower for humans at first place. It trained Priests and Sorceress.

Arcane Sanctum - it is used for upgrades for Priests and Sorceress.

Gryphon Aviary had this upgrade

,,Research Animal Husbandry - Increases the Max HP of Gryphon Riders and Knights by +150"

Tree of Ages has this upgrade

,,Research Wisp Healing - Researching healing spell for Wisps."
So, as friendly Spirits, Wisps could be used as Healing units. This was good thing.

You remember Barrow Deen from Nigh Elf missions? Well this was supposed to be buildable for player as Beer Den and served to upgrade Druid of Claw, Talon and Dryad upgrades.

Chimaera Roost served only to upgrade some upgrades and as prerequisite for Chimaeras, because Chimaeras were trained from Ancient of Wind

Druid of the Claw, had those abilities

,,Battle Roar - Randomly occurs during attack. Decreases the target's armor by -2. "
Basically Roar served to scare enemies, decreasing their arrmor rather than increasing your damage!

,,Dark Summoning - The Dread Lord is able to teleport units across the battlefield. 12 units may be summoned to the Dread Lord's side when the spell is used. Must be at level 5 to learn."
That ability still exists in World Editor I think. I prefer more Infernal rather than this one.

You see, there was green pool is past, where that green water was falling in.
In our versions, it got removed, so necropolis had green water falling down and in air suddenly dissapears! That is stupid.

Graveyard had different appearance too

,,Once created, the Gargoyle Spire attracts the vicious Gargoyles of Northrend to roost here. These vicious creatures revel in slaughter and mayhem, and gladly join your army once this Spire is summoned. The Gargoyles take refuge inside the Crypt, awating their need in battle. "
Gargoyle Spire's model is hidden in World Editor, but there is no icon for it.
You must use this one.

Sacrificial Pit sacrificed Shades in past, but also used to upgrade upgrades for Banshees and Necromancers.

Crypt Fiend
Remember when Crypt Fiend attacks, it throws some web at enemy, and that web is coming back to him before he can attack again?
I wondered why is that. here is why, because he had this ability

,,Attack (Spiderlings) - Sends out a wave of small spider hatchlings which drain life from the target and return it to the Crypt Fiend. "
I think that was cool ability, they should not remove it.

Necromancer had Cripple ability replaced for this one

,,Corpse Explosion - Detonates a corpse causing a large amount of splash damage on surrounding units."
That was cool ability too

Gargoyle had 200 mana, and his Stone Form costed 200 mana which means if he deploys into stone form, he need to take some time until gain full mana to get able to deploy into storm form again. This means that this ability was less used, so I am glad that they removed mana cost from it.

,,Random Item - Sells the hero a random item."
Well this model Marketplace has we know as Fruit Stand from World Editor.
Marketplace was supposed to sell random item for random money to you.
Know as ,,Item luck" ability. 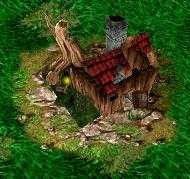 Spies - Reveals all enemy buildings on the map. The player will be able to see anything other players can see, at a price of 200 gold per building on the map. This ability has a limited duration.

Rumors - Reveal the "scores" of each player."
Well, that building got completely removed from game, I used this screenshot from our model in model section.

Goblin Laboratory did not have Goblin Shredder, he was supposed to be as Neutral Hostile unit fighter. 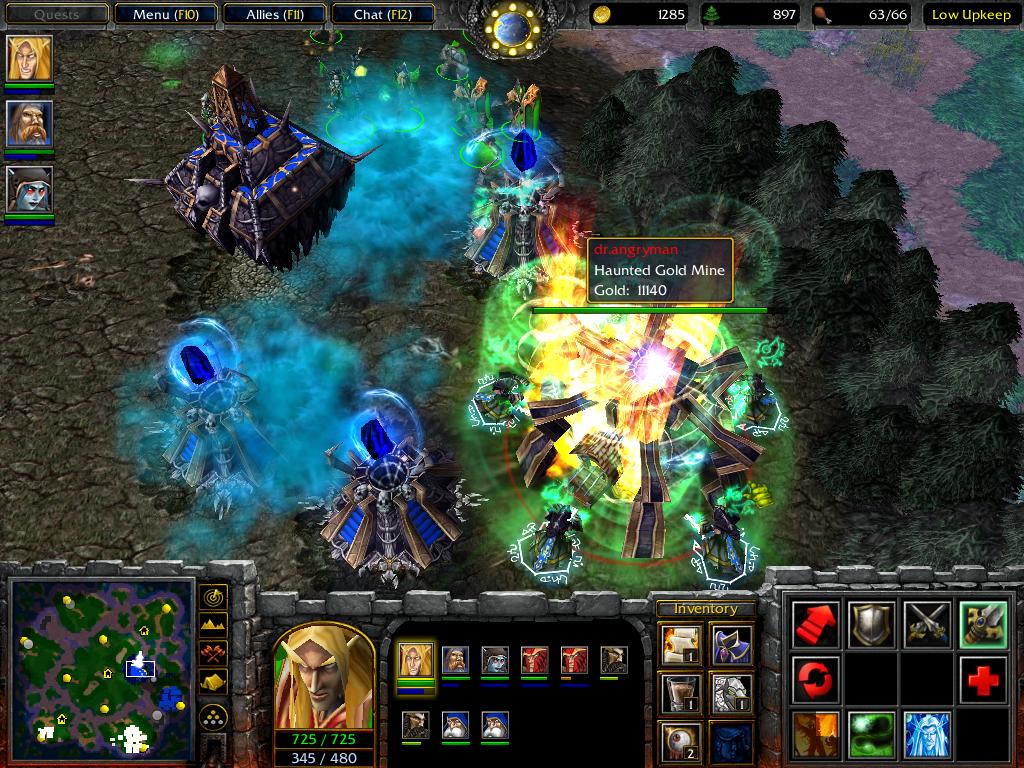 We see from this screenshot that Blood Mage had Mana Drain ability replaced for this called ,,Blood Elf mana Shield"
Icon for this spell is hidden in World Editor. 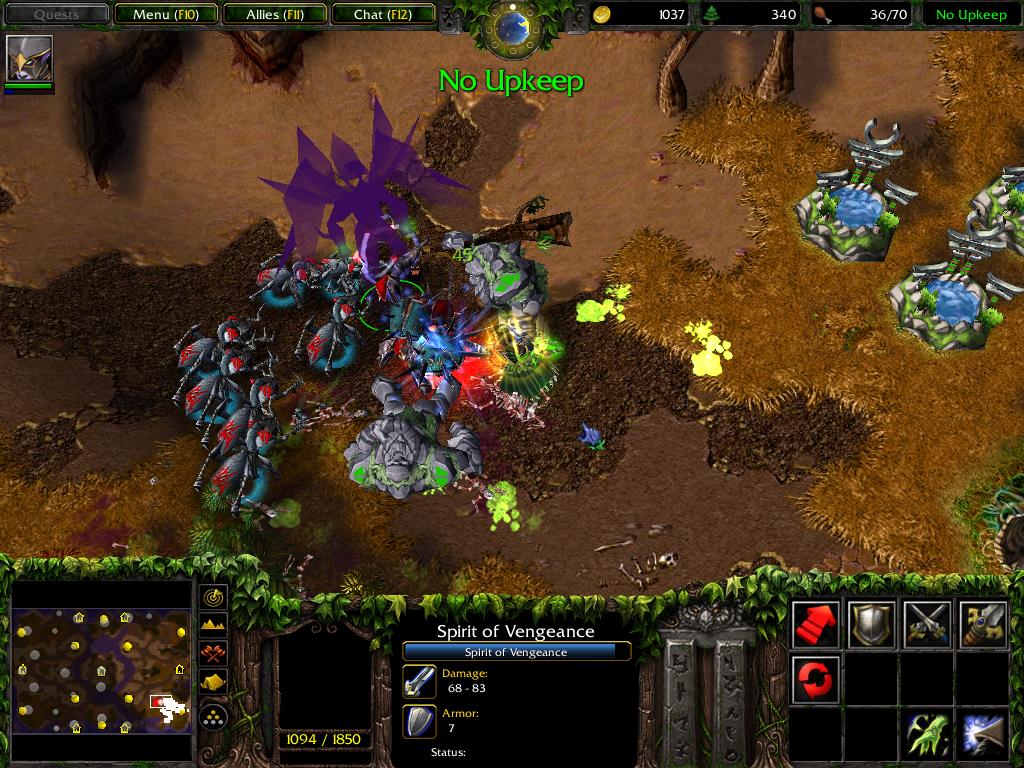 We see from this screenshot that Avatar of Vengeance had different model, which is bad in my opinion, and also had different stats than this one we have now.

Here is even another variation of Blood Mage third ability. 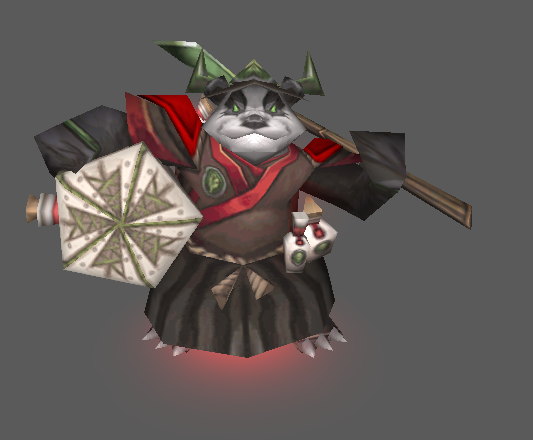 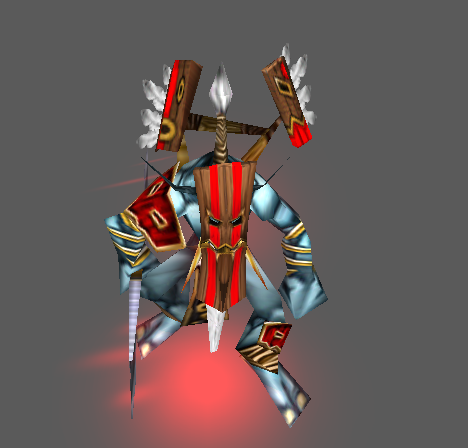 Maps 1
I quite like the Pandarean Brewmaster in Beta, so they should've stuck with that. But I think it was good that Blizzard changed the beta Shadow Hunter to the current one. The mask looks pretty ugly.

Nothing much to say about Neutrals but I'm quite glad they decided to change the units sold on the mercenary camp. The Marketplace was also a pretty neat idea, but I don't think it would've worked on melee, maybe campaign. Thieves Guild looked quite unnecessary.

That lumber mill looks quite good. But I having a separate building for upgrading and lumber dropoff is pretty bad. Good thing they changed the witch doctor's skill to healing wards, otherwise he'd be pretty useless. And I don't see why they removed tracking. Looks fine to me.

Barkskin and Wisp Healing looks pretty imba to me, IMO. Battle Roar was pretty cool, though. I think they should've implemented the Barrow Den building.

And I agree with you. Necropolis looks pretty damn good in beta. The obelisks surrounding the Graveyard looks pretty awesome as well, but out of place. Spiderlings is quite imba to me and I don't think corpse explosion might've been used a lot since there would be so many units covering the screen.

Avatar of Vengeance looks quite ugly. But I like the frame. Maybe it could be retextured?

Thanks for posting this!

Panda sux
Troll Headhunter awesome (i think to it look like in wow )
Lumber Mill sux - somehow like to it's from wcII ( graphic )
Market Place - I like it, but I would made it for selling Potions
Thieves Guild - I like idea, I would like it in TFT
Tracking - Because He is head Hunter I would make this ability +MS and true sight
Blood Mage - I like his ''Frozen Face'' icon - Really very good details for BETA
Spirit Of Vengeance - Too Sux, reason:............xD

Wheer do u get this informations

Maps 1
That thieves guild... 200 gold per building dafuq?
The Necropolis looked much better like that.
That Shadow Hunter's mask looks nice but a bit long eh.

Maps 3
Most of us could say that it looks better than wc3, because we are already addicted to the original, thus we want to see new changes.

-Wisp's healing could have been nice, if balanced.
-Necromancer's AoE sure is op.
-Model of forge looks better imo.

Icons 2 Skins 1 Maps 1
Wow, this is interesting. Where did yo uget these things?
What i miss the most are the pool of the Necropolis, the barrow den and the barkskin.
The bloodmage's abilities are also cool.
But i am glad that they changed the avatar of vengeance.
I still wonder why blizzard does not change anything in Wc3 now?

I would suggest this for Blizzard: 1. Make 10 food cost for human farms
2. Balance death knight and demon hunter. I am sick of tired that they die of 2-3 melee hits.

Havent played Beta but I like the Shodow Hunter alot...

Maps 3
Meh i dont see anything thats better than the fiished game. Now on the other hand, Warcraft 3 ALPHA was something intresting...

trolman said:
Meh i dont see anything thats better than the fiished game. Now on the other hand, Warcraft 3 ALPHA was something intresting...
Click to expand...

I know right?
So much stuff in alspha had a lot of good cliffs and doodads and everything was awesome.

Models 22 Maps 6 Spells 1
Back in the day I remember a picture of Orc Catapults begin pushed by Peons.
It only raises the question: Why?

Why they removed it? They think a ghost catapult operated by Thrall's mental powers from his left toe is better than a realistic catapult with a peon?

Mgeterno11 said:
Wow, this is interesting. Where did yo uget these things?
Click to expand...

Ah, well from this site http://zabkar.net/old/clan/unb.php
and around internet.

Notice the dreadlord is wearing a dress xD

Maps 3 Spells 3 Tutorials 1
Several of those things would have really given quite interesting new abilities to the game. They should add all of it to TFT as a patch, not replacing anything, just adding them as an extra.
Of course it's probably never going to happen.

trolman, whoa! It must be private beta which had much better stuff, cliffs and textures. I heard of it.
What is that unit in top left corner? it looks like Acolyte

Maps 1
you dont like him? i think the design is much better than the actual wc3 one
the trees look better too i think

I havent tested em but if someone wants to, dw install and comment.

Maps 3
Don't know if this stuff is legit but

It is cool because it is organized chronologically (as far as I know), so you can see the game progressively change.

Maps 3
I must say i like a lot of the older models better.

I'm not a fan of the portraits but some of these models look great. Would there be any way to extract and import these?

Models 6
Almost all pics are dead

PS i now i necro it but it should be fixed

Is there any possible way to play the beta version of the game? 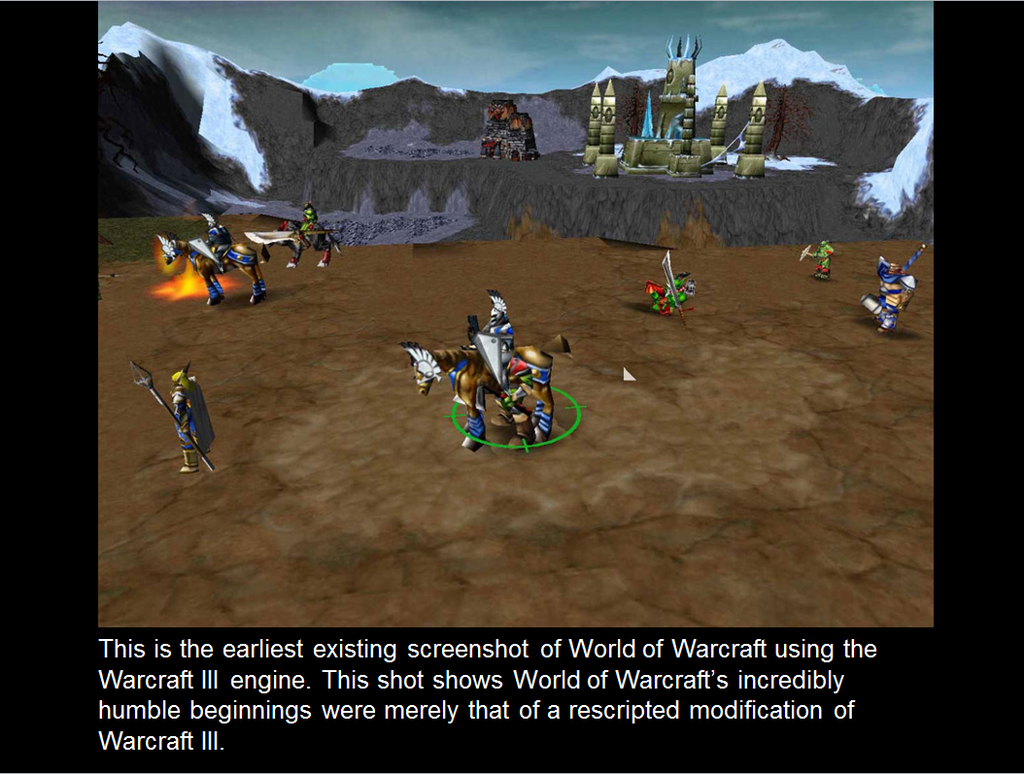 Screenshot shows Warcraft 3 1999 Alpha, Pre-WoW.
You must log in or register to reply here.