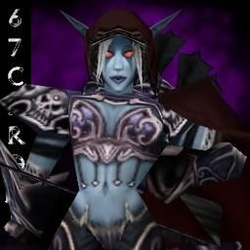 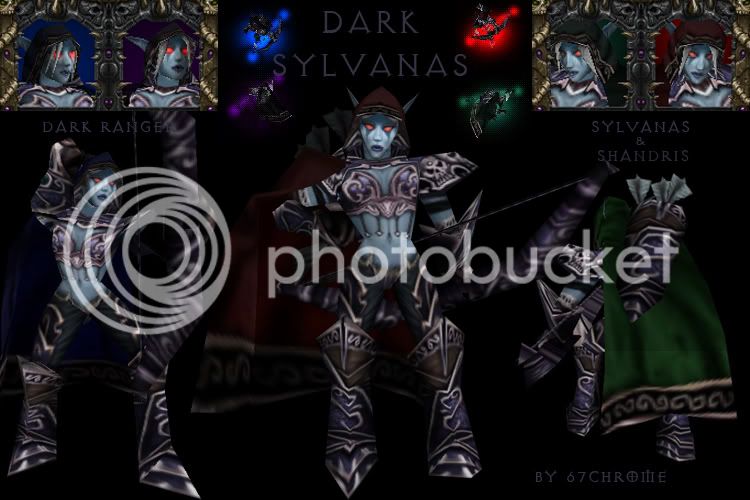 Sometimes, when I look through the skins section and see the same concept being re-skinned over and over again, I get inspired to do exactly the same thing XD

Anyways, a large part of my inspiration also came from completing my Blood Elf Archer skin, allowing me a better understanding of how the wrap on the archer models works.

Shandris only has hero glow on her weapon, Sylvanas has glow on her weapon and bellow her, and the Dark Ranger's glow emits smoke. The dark ranger also has eye glow, and her portrait is viewed from a different angle than Sylvanas and Shandris. Shandris also holds and uses her bow at a 90 degree difference from the other two models, usually holding it horizontal while the other two hold it vertically. Anyways, there are a few differences between the models, hope that helps on which one you want to write this skin to

The arrows on this skin will only show up in the quiver, if you want the arrows in the attack animation to match the arrows on the skin (as well as the priestess of the moon/ranger projectile) you can write this skin to the path
Textures\HeroRanger.blp

If you use this skin give credits to me, 67chrome. The darn thing took forever to make, and it is 100% freehand