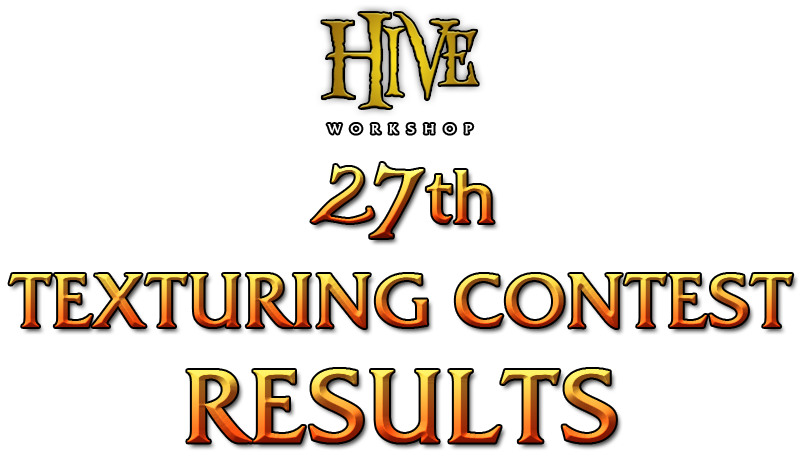 
Contest | Poll
Contestants were to create an inorganic unit, and make it as organic as possible, or vice-versa. 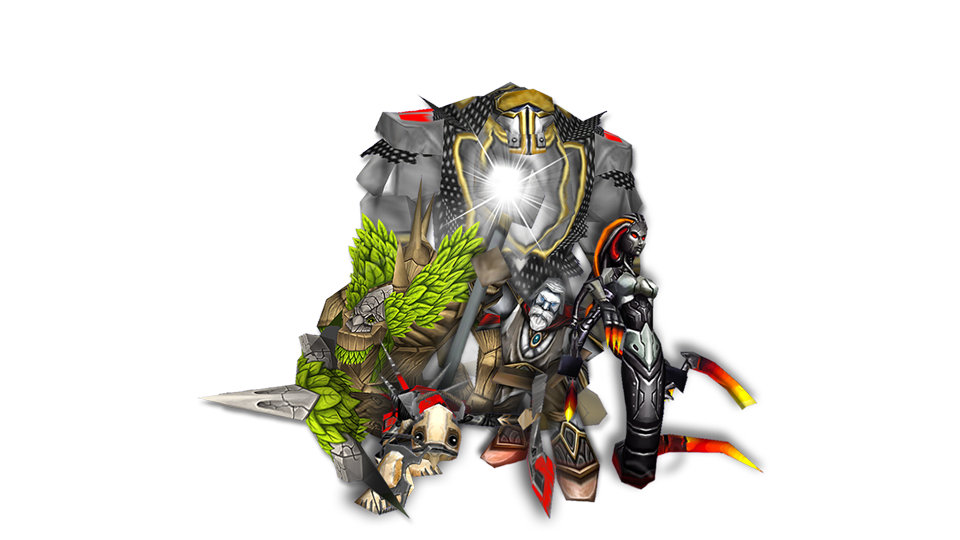 I like your idea. The paladin model was a great choice for your concept. The execution of the texture suits the model it’s wrapped on nicely. While your idea of a stone unit was great, the execution is somewhat lacking i.e. there’s not much stone resemblance. The only part of the texture that resemble stone is the face, which is good for it is the most important part seeing as it will be clearly noticeable in the game portrait. So having those rocky details near the eyes is a great way to tell. I would have liked to see more of those details on bigger parts of the skin. The gray color could easily be mistaken for an undead texture. But the texture is consistent with the theme and the detail level of Warcraft. It’s a great texture with decent highlights and shading. Suits the lightning environment in the game and fits the style of Warcraft 3 which can be a plus.

Wonderful texture work. I like your style. The level of details in this are astonishing. You managed to pull off the wooden look perfectly. One has to appreciate the effort that was put into every single line in the woodwork. While technically a tree can be considered organic, it’s not nearly as organic as e.g. a human being, with all its complex biological functions. Turning a human being into a tree would classify as an inorganic transformation. With this in mind this texture is not considered to be in conflict with the theme of this contest, as the theme of this contest was to turn a unit into as inorganic as possible or vice vesa. And so the concept was well executed. Excellent choice of model for this, you made the tail look like roots which fits the theme of this texture perfectly. I like the design in the wooden part of the texture. I feel like you could have used more colors, it's mainly brown, green and gray, but otherwise the composition of this texture is great. Warps perfectly on the model. Great shading and highlights.

Awesome texture work. Great choice of model for your concept, it was well executed. The texture wraps perfectly on the model. You certainly managed to create a skin in line with the theme of the contest. You’ve pulled off the robotic feel perfectly. The details of this texture really helps to establish the mechanic feel. Great detail work. I like what you did with the hair, very original. The molten effect is spot on and easy to identify i.e. it’s not out of place but fits the theme perfectly. Reminds me of the terminator movie. Great shading and lightning. Great composition of cables and metallic plates.

Interesting choice of model. Suits your concept nicely. Could be a droid from Starwars or another science fiction. The Murloc has a horrible wrap, but you managed to pull it off which is to be commended. Great detail work! Too bad all those small details won’t be noticeable in game. The texture is consistent with the theme of the contest. I like what you did with the shield, very nice alpha work. It’s always nice to see changes to the alpha channel, as it can completely change the look of the model the texture is wrapped on. Nice lightning and shading.

Interesting choice of model. The Mountain Giant has one of the most difficult wraps to work with, but you went for it anyway. Commendable You managed to turn a Mountain Giant into a armored (organic) knight which qualifies for the theme of the contest i.e. turn a unit into something inorganic or vice versa, even though most of the texture consists of armor (inorganic) I get the concept. It’s poorly executed though. The texture is very blurry and has no clear light directions. It would seem like you used a filter for the armor, note that this is a minus. The texture lacks shading (gloves and boots in particular). And the head seems to be copy/pasted from the Footman texture, which is a big minus. 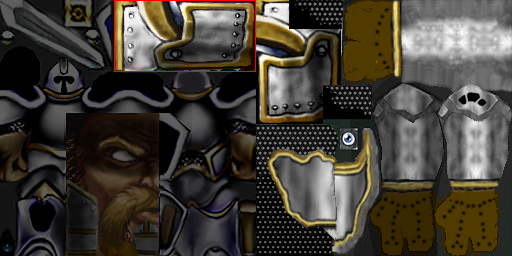 This is a texturing contest which awards freehand originality and not copied work. Keep that in mind for future contests. Remember that practice makes perfect.

Models 6 Icons 143 Packs 6 Skins 51 Maps 1 Spells 1 Tutorials 1
Same score as the winner, but lost due to the lack of votes, I'm more then happy with this. Gratz everyone!

Models 2 Icons 10 Spells 7 Tutorials 1
This contest had some sick skins! Glad that my suggestion of closing it didn't go through xD

Maps 4
Congratulations to all!

Maps 7 Template 4
all you best. Gz everyone and thanks for awesome textures!

Models 3 Icons 131 Packs 5 Skins 26
Thanks for the judging @Archian
I might use the money to repair my laptop XD. Great results, scores are so close. And overall amazing entries, I love it. And my 4 consecutive 3rd place finishes just ended

Thank you @Shar Dundred for the monetary sponsorship

Tutorials 4
This is why we have two judges minimum per contest.

Tutorials 4
It's easy to recruit a second judge. I was free, for instance, it just needed asking.
Having only one judge is never a good idea, regardless of expertise.

Skins 2 Templates 1 Tutorials 11
He means that we were originally two assigned jugdes, but @Heinvers didn't respond for about two months. And since this was already delayed for so long, I proceeded without him.


Apheraz Lucent said:
It's easy to recruit a second judge. I was free, for instance, it just needed asking.
Having only one judge is never a good idea, regardless of expertise.
Click to expand...

I'll be sure to ask you next time

Some great work that came out of this, and very glad to see that Mr. Goblins droid got some well deserved attention.

Congratulation to everybody who was in the contest.
Now because ~Nightmare won this, i kinda might stay away from hot stuff and snake in same time.

Conmgratulations to you hard working guys and gals keep up the good work!

Packs 1 Skins 1 Maps 10 Tutorials 1
The rewards of @Arowanna and @~Nightmare have been sent as they requested.

It was my pleasure & honor to sponsor this contest, seeing the splendid entries that have been presented here.

Models 43 Icons 7 Packs 1 Skins 3 Maps 2
It was amazing indeed. I hope to get the time to work goblins model into something (If I get around to creating a map

RED BARON said:
It was amazing indeed. I hope to get the time to work goblins model into something (If I get around to creating a map

When you do. Let me know

Mr.Goblin said:
When you do. Let me know
Click to expand...

Will do. Both the latest patch (when it is released) and that model deserves to be used.