What sort of Campaign is this?

This is a Blizzard fashion Campaign.
Where you control custom heroes and custom races and engage in fights with computer controlled opponents.
Maps have dungeons, Dungeon Bosses and other cool stuff.

A New version has been released! With it comes various changes and updates. The maps now have Raid Bosses, these powerful monsters can be encountered in many Acts, but some of them are harder to find than others. These Raid Bosses carry their own unique drops and combat strategies. 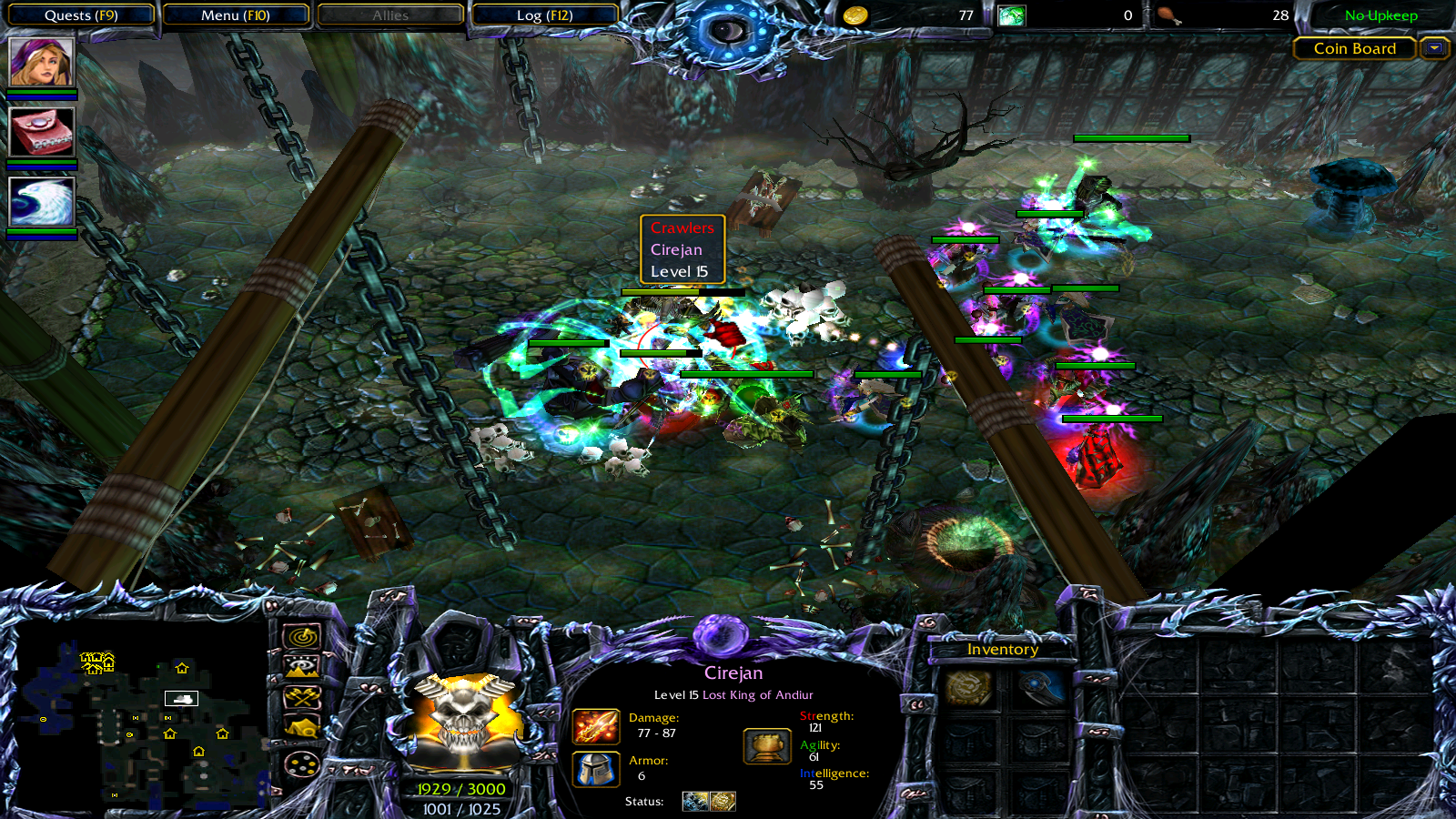 Numerous shops have been added to all maps along with hundreds of new items, recipes and item combinations. The shops Now sell all Enchantable items so you can choose what item(s) you want to enchant from the beginning. 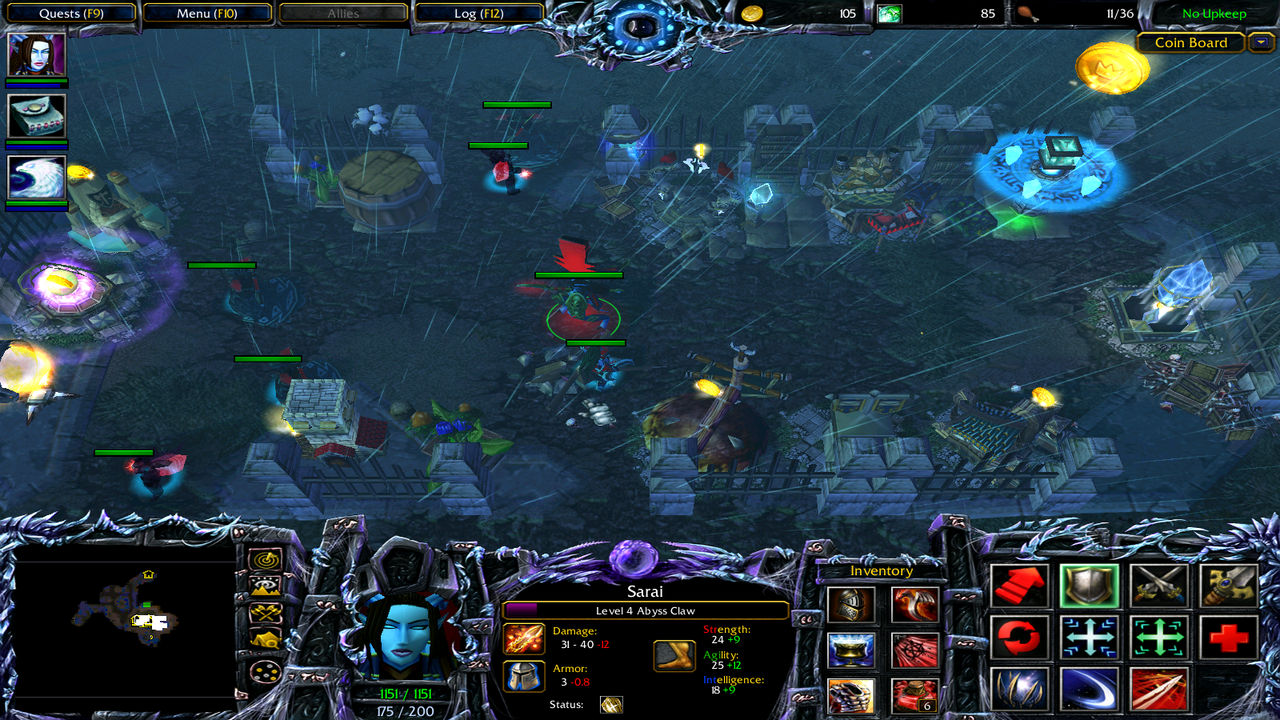 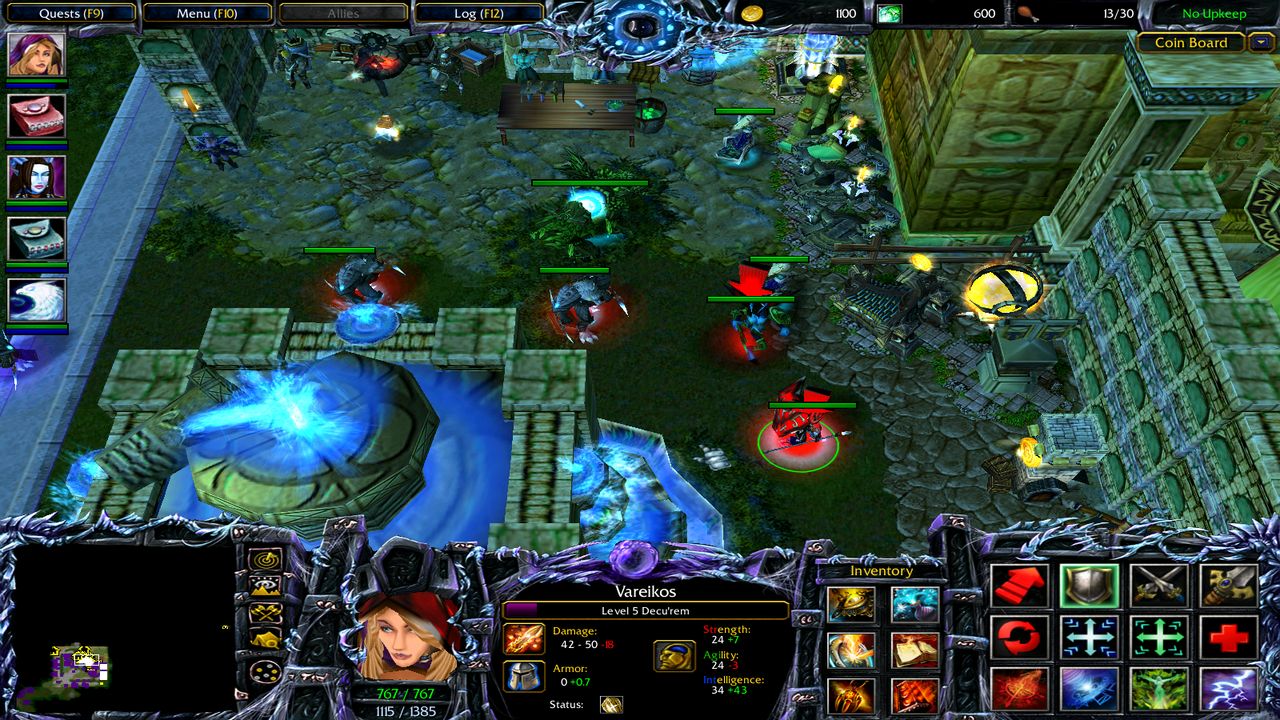 All the changes are to numerous to list, you'll just have to play and see for yourself!
A better Hard Difficulty!
The veterans of this campaign might have it to easy now that they now their way around. The hard difficulty has been changed to provide a new challenge!


Other Changes:
- General Achievements have been removed, the reasoning for this being that they pushed the player to itemize and spec their hero in one way. Both Vareikos and Sarai can be build many different ways. From combat spellcasters, summoners or hardcore supports to rapid melee fighters, skill damage fighters or attack damage Fighters. I felt that the G.Achievements only supported one way.

- The heroes primary attribute no longer increases damage. Now all the heroes have their attack damage set to a certain amount. It still can be increased with items of course. The reasoning for this being that stat gain very quickly overpowered the heroes to certain points where they could take on whole squads of enemy units and defeat them with little difficulty.


FAQ'S/NEED TO KNOW THINGS:
1.How to start Quests/Interact with npc's?
- Heroes have 2 skills that let them Interact with various things. The normal Interact and Skip.
Using Interact will shows the cinematic and talk to npc's like normal where's the Skip will just skip all that and launch the quests instantly.

2.How do I swap my race?
- first off enter "-swapon" to turn in on, then enter the race you want to swap to.

CUSTOM ITEMS:
+All the items are custom, some of them have triggered effects.
+Some of the items can be enchanted, enchanting items increases there power and unlocks other (hidden) effects.
+Some items can be fused together to form stronger items.
+Item are bought with Rune Coins which are given for killing enemy heroes, units completing quests and can be found in hidden stashes. Rune Coins Travel with you from map to map.

CUSTOM RACES:
Tired of playing with the Canids? now you can easily swap your race by entering a simple command.

NEW STORY:
The story is not set within the Warcraft 3 universe.

Taking down a quest boss with the fallen.

Ambush within the monastery.

An achievement is completed.

Battle with the dead.

Within the spider nest. 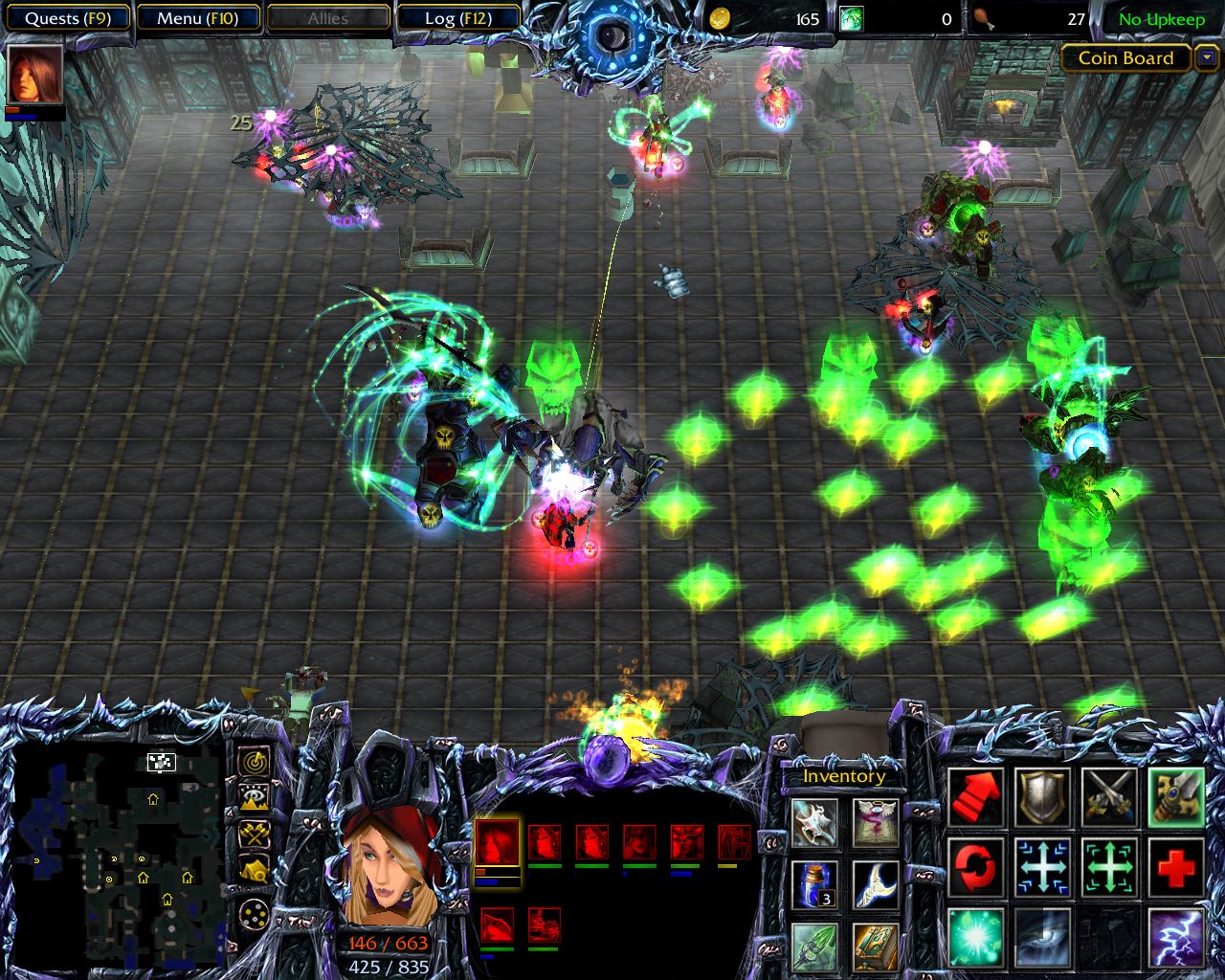 Fighting in an arena. 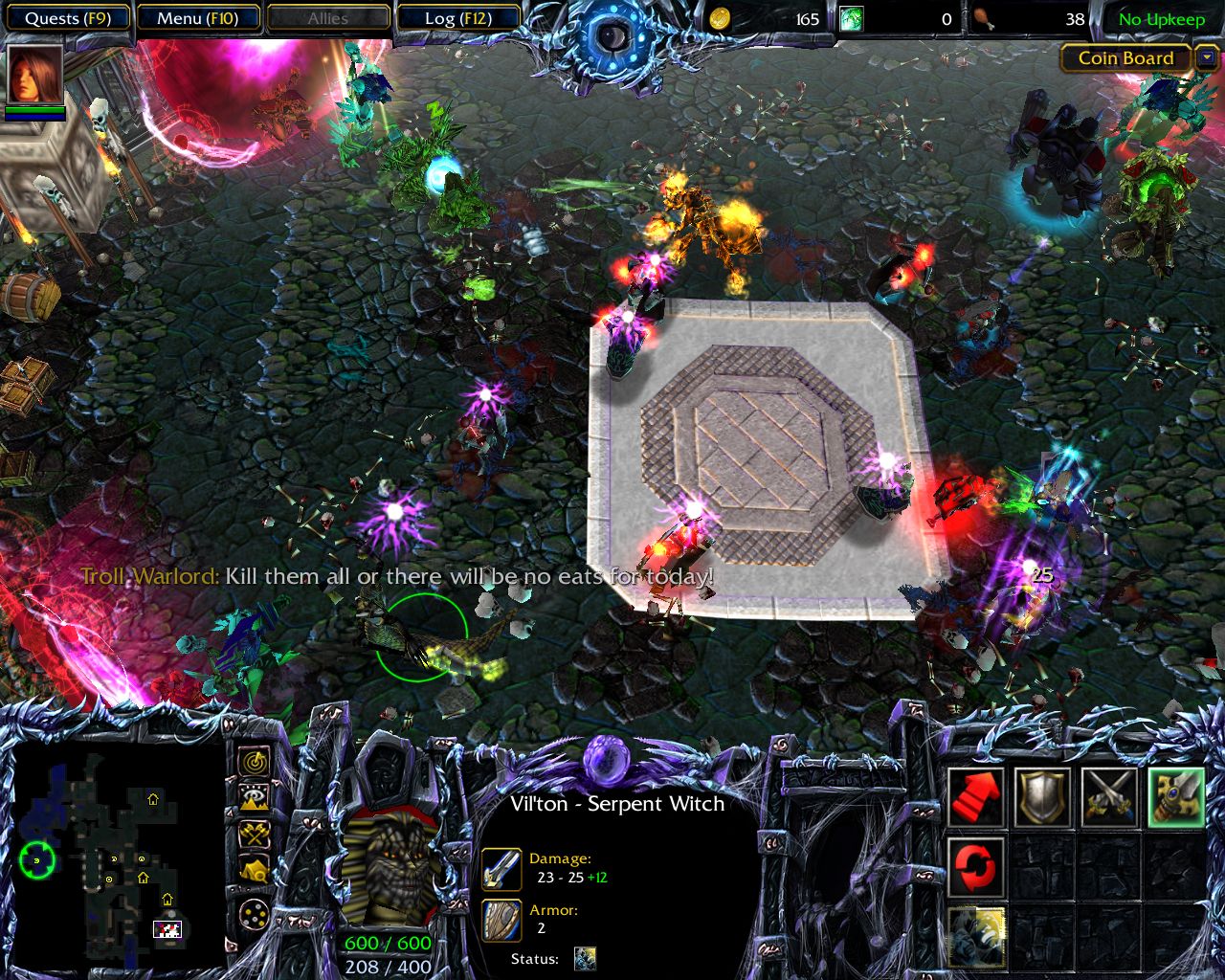 Searching for something in the sewers.

Battle with the demons. 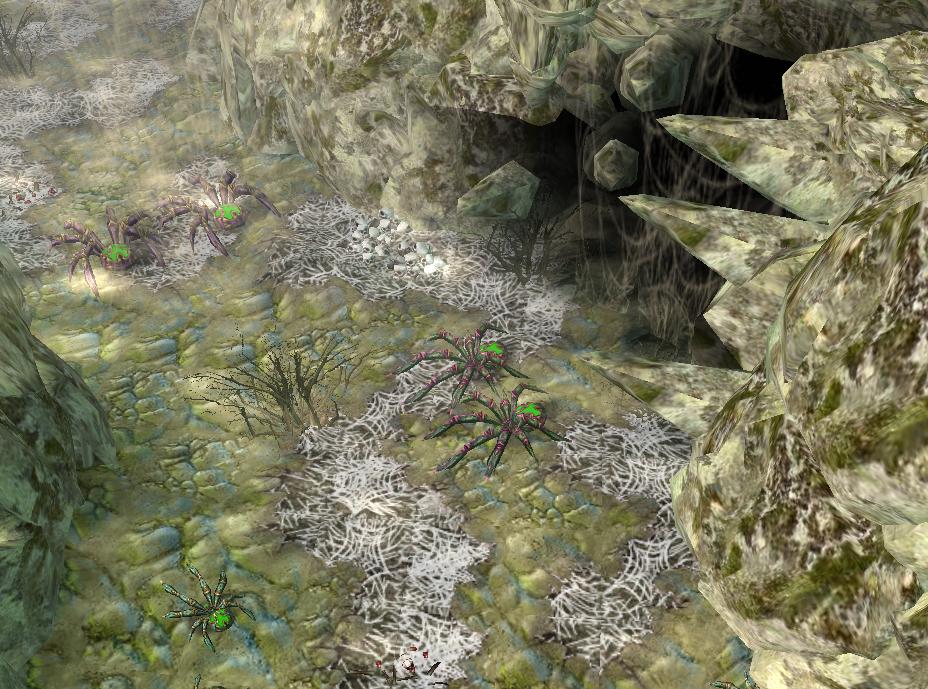 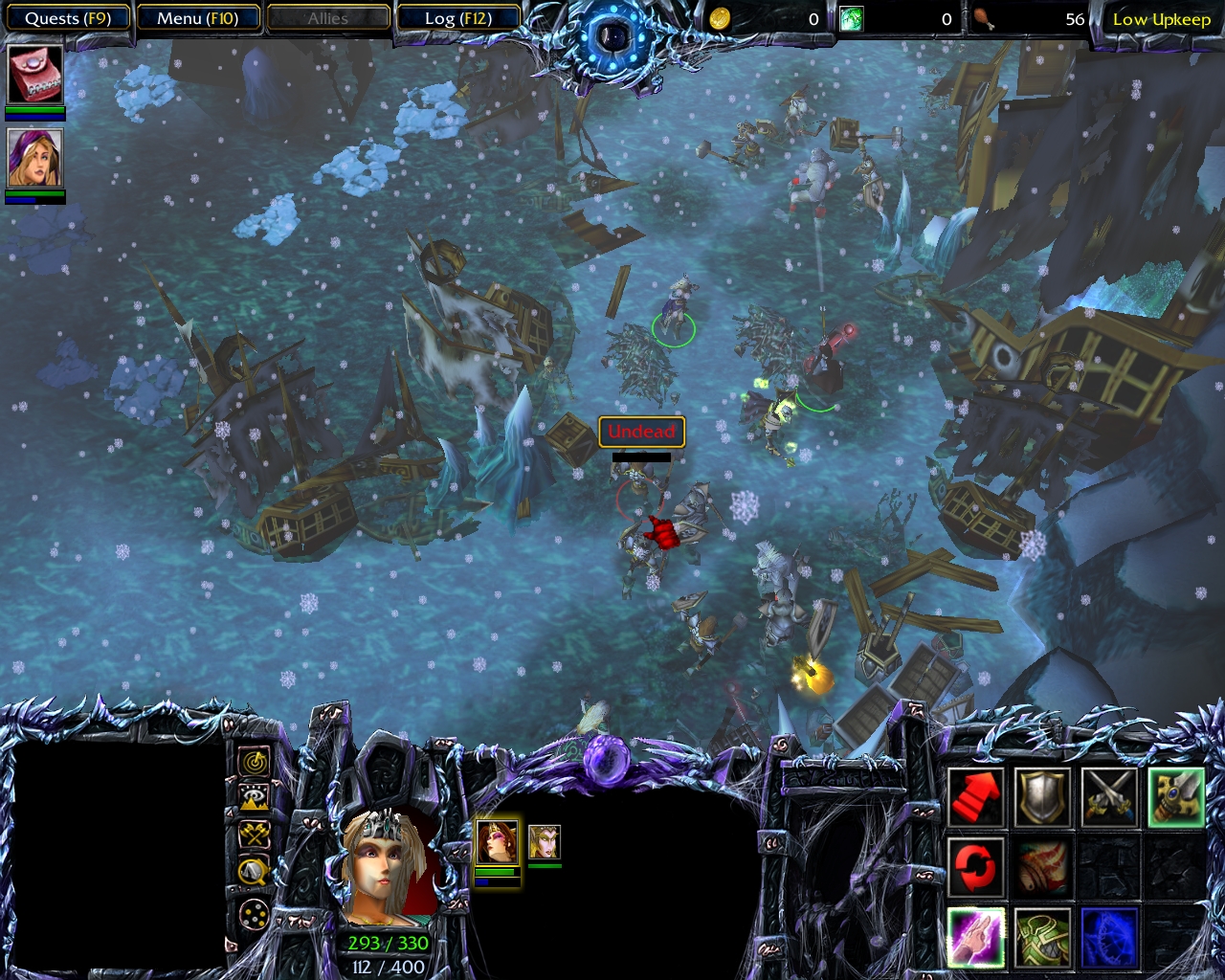 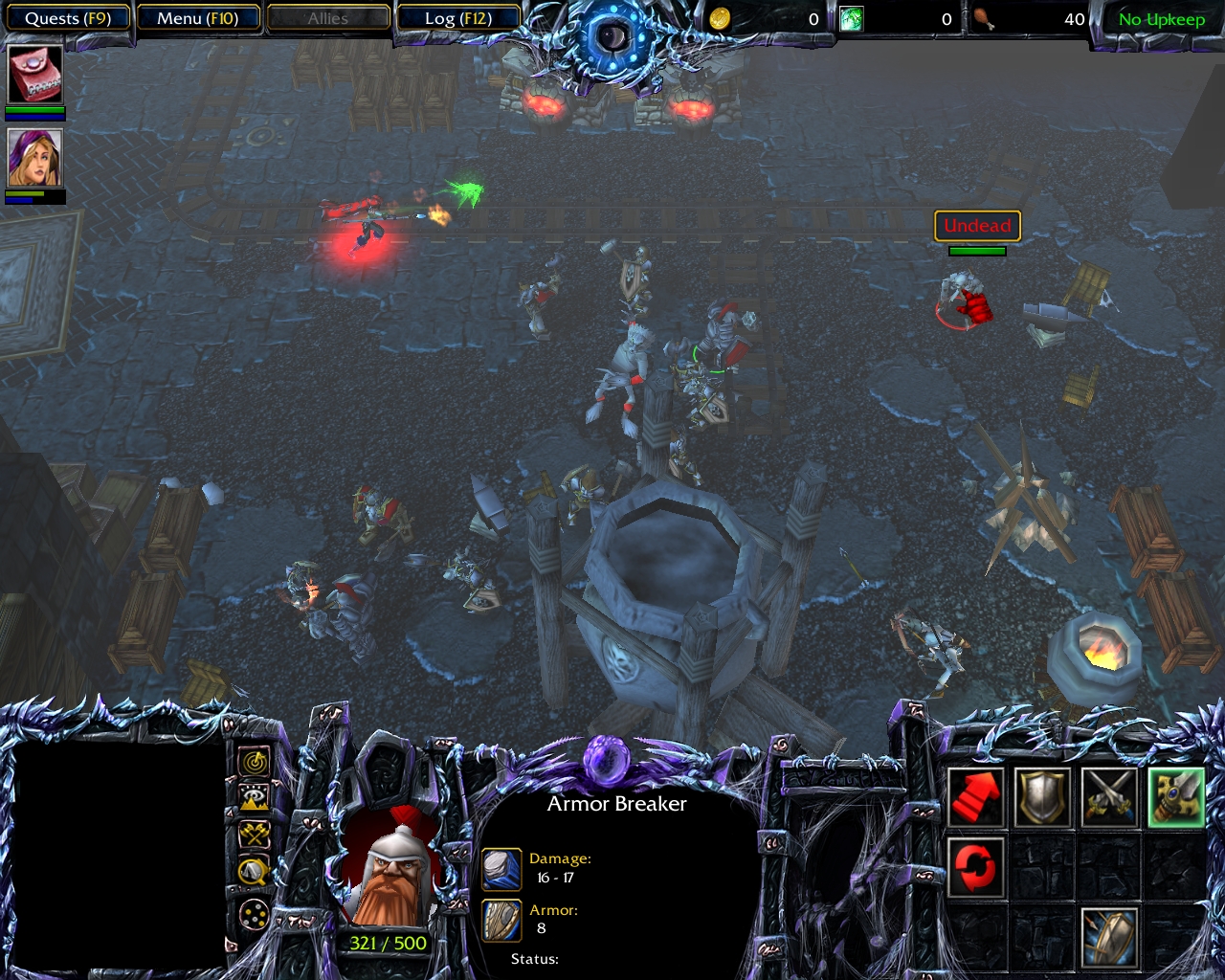 Achievements.
Achievements
Now when you play you can complete various achievements, each map has its own unique achievements as well as general achievements that can be completed in any map. When you finish the campaign a scoreboard will appear that will show your stats.

Show of what you achieved.

Hero Style
Hero Style
The heroes have skills that increase there power based on their stats, say on one hero Int increases the chance to land a successful blow.(Like Intelligence would be the chance(%) for Critical Strike) and say other skills increase the Damage Power, Heal Power, Restoration Power etc. And say there are Items have effects that Increase and Decrease AGI, STR and INT so you have to choose what items you have to carry with your hero, do you want it to be more like a healer or battle mage.
One of the heroes has a Magical Critical Rate, that if activated successfully will cause an extra effect.

COMMAND LIST
Command List
These commands are not necessary, but will help you get around much more easily.

"-ac" - Will display Achievements that can be completed only in the current map.

"-eb" - Will display the Achievement Board.

"-nb" - Will display the Coin Board.(Appears by default)

"-swapdemon" - Swaps your race to Demon.

"-swapfallen" - Swaps your race to Fallen.

NOTE
wrote the names of those to credit in a notepad but a weird worm virus deleted all the text files on my pc. SO IF YOU SEE A MODEL OR ICON OF YOURS AND YOUR NAME IS NOT IN THE CREDITS PM ME.