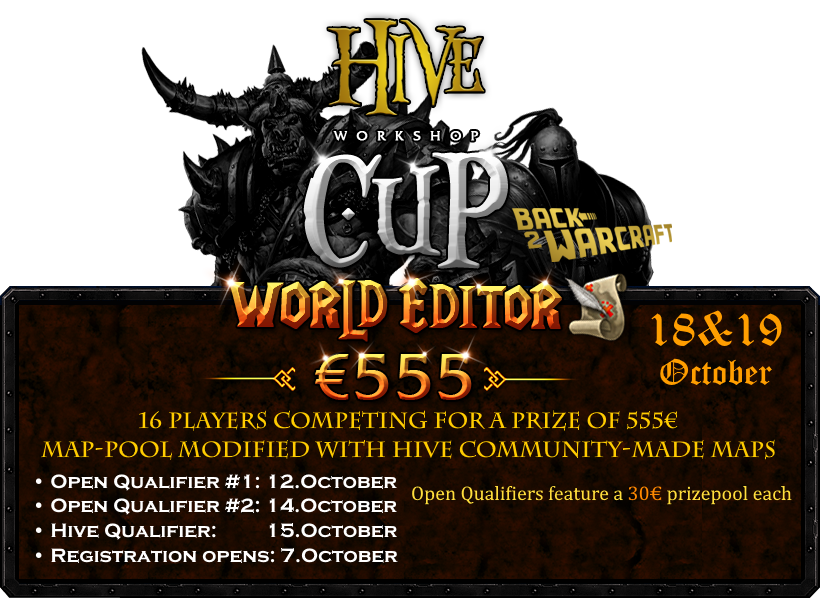 Today, we're excited to have the opportunity, thanks to the sponsorship of @Nightmare2077, to run a competitive 1v1 Warcraft 3 tournament for our community, and Warcraft 3 as a whole. We are also working with Back2Warcraft to organize and cast this event.

The Hive Workshop has been a dedicated community creating custom experiences in Warcraft 3 for many years. And it's important for us to have the tournament to reflect this. This is why we'll be using community maps for the map pool.


A contest for our community tournament!
We're hosting a melee map contest where the top 4 maps get a spot in the contest. You're allowed to submit 1 of your maps - new or old - for this contest. Either create a new map, polish an existing one, or submit an approved map you've previously made.

Details on registration and format will be announced soon.

Creating one in such a short time is nuts if you also want quality.

Creating one in such a short time is nuts if you also want quality.
Click to expand...

Don't worry, we did not come up with this tournament idea yesterday. Some arrangements were done before today's announcing, so all should go smoothly!

A Void said:
Holy crap 555€ for a melee map? This should be very intriguing.
Click to expand...

I think the only price for the map maker is reputation, no?

Linaze said:
I think the only price for the map maker is reputation, no?
Click to expand...

Tools 2
It has been so long to hear news like this. Interesting!

Oh, misread it. It's for the tournament, regardless, i think this is going to get quite competitive.

Why not a custom map tournament?

Don't worry, we did not come up with this tournament idea yesterday. Some arrangements were done before today's announcing, so all should go smoothly!
Click to expand...

I would imagine that if @deepstrasz decided to donate 111$ and some one end up donating out 334$. * Looking forward to seeing a devil theme melee map * no idea how it will work ingame... I'll do some quick testing.

This is the real prize pool: 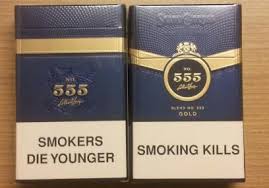 Mr.Goblin said:
View attachment 333562 no idea how it will work ingame... I'll do some quick testing.
Click to expand...

perhaps you could see ladder melee maps to take ideas about the general map layout.
I like to do that, before I did my 4v4 I saw a lot of 8 players maps.
Last edited: Sep 27, 2019

Models 7 Icons 142 Packs 6 Skins 51 Maps 1 Spells 1 Reforged HD Models 1 Tutorials 1
Tiny update.... it's hard to keep the blend warcraft3 feel. While still being creative.... I try. Going for that awkward season between Fall and winter called: depression. (I made myself laugh XD)


-THE FALL OF WINTER- 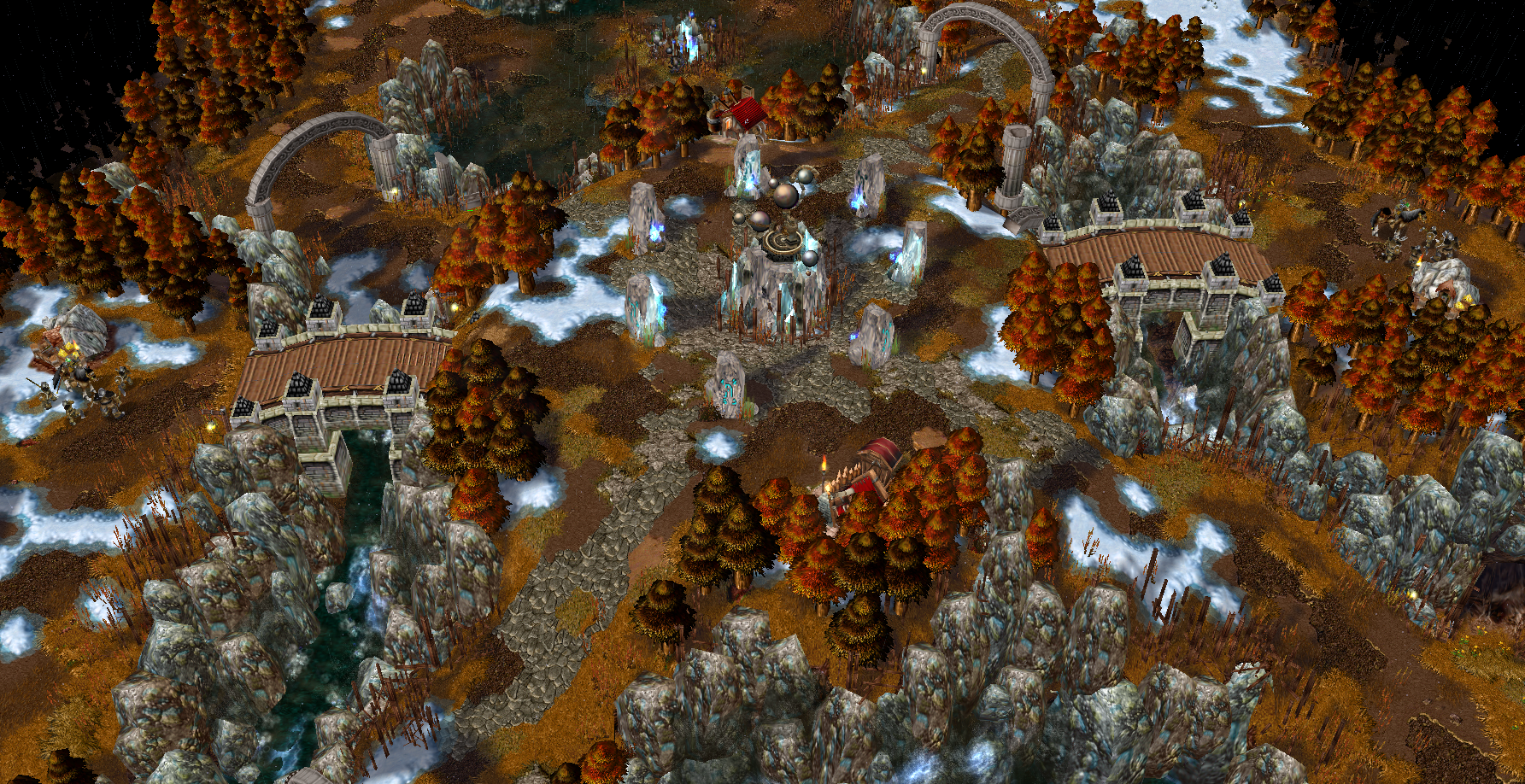 Mr.Goblin said:
IT'S A MIRACLE! - final entry
Click to expand...

Awesome work! If you can get a link posted in this thread ASAP, I'll still count your entry

So, is it able to sign op for this?

Hive Workshop Cup – Registration for Open Qualifiers begins!
You must log in or register to reply here.

Warcraft 3 eSports Are Back!