The fall of winter 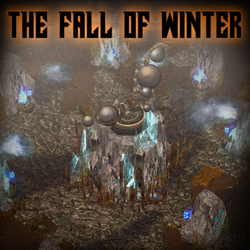 THis is my entry for the competition. Hopefully you may still enjoy this map. With your friends.

I was aiming for a warcraft3 campaign feel for this one. cheers.
Previews

PKCrafty
This is a very pretty and immersive melee map. However, there are some changes needed for it to work as a competitive map. Some camps don't drop ANY items, such as both fountain of health camps and bandit camps in the corners. I recommend adding...
Read full review...

mafe
Map looks awesome, but ..... the gameplay features are not how melee maps are working. In addition to what @PKCrafty mentioned, the following issue should also be looked at: -Creeps near at expansions should not be on camp stance (i.e. not "blue")....
Read full review...
Reputation Statistics
Show Ignored Content