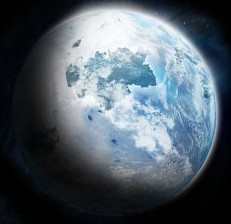 LORE: "In the deepness of space humanity has discovered a new planet rich in mineral and scientific potential. In response various corporations have descended upon the area in the hopes of exploiting and securing the planets riches for themselves. Far from the morals and laws of earth and driven only by their greed for expansion there is little hope for a peaceful resolution as the situation quickly escalates into all out surface warfare.

Early planetary scans indicate a cold and icy climate with a narrow temperate corridor across the equator, it appears most life is restricted to this zone. The only confirmed sentient life form are a primitive tribal race not thought to pose any threat to human expansion however strange gravitational storms ravage the planet and cause period disturbance in satellite communications.

The human corporations, in their desperate attempt to claim dominance over the planet first, may have missed the greater threat to their mission... A previously dormant alien species that senses the presence of new DNA and seeks to assimilate it into their own..."

Planetary Domination is a real time strategy game set in a sci fi world that draws inspiration from many sources, including Star Trek, Eve Online, Stars Wars and Starship Troopers. Players command one of many exploratory human corporations or the zerg like native alien species in a battle for supremacy over the planets resources.

Despite appearance the game is nothing like starcraft 2 and features a completely custom techtree ranges from Drone armies to Clone Troops. Successful players will be those who can find and exploit the precious minerals on the plaents surface as well as develop their technological advancement to give them the edge over their enemies.

Of key importance to the human corporations is their Orbital Satellite, which orbits the planets and offers many benefits to help in your mission from surface scans to targeted orbital weapon strikes. Communication with your satellite is also essential for research to progress but the strange gravitational forces effecting the planet will periodically cause communication black outs with your satellite.

Heroes also feature in PA but are not training, instead you can choose to promote one of your existing clone troops to commander to lead your operation. Commanders gain XP like normal WC3 heroes but also benefit greatly from your technological achievements, some skills also require research before use. This means if you loose a high level hero late game and have to recruit a new hero stating at level 1 he/she is still able to make a difference in battle despite being such a low level.

Players have the chance to ally in game where necessary, however inter-racial alliances will not be allowed so Human corporations can not ally alien species.

Overall I hope Planetary Domination will be a unique RTS experience set in a visually impressive alien vista.

-Custom techtrees for both Human and Alien races.

-Under 8 MB, playable on Bnet. 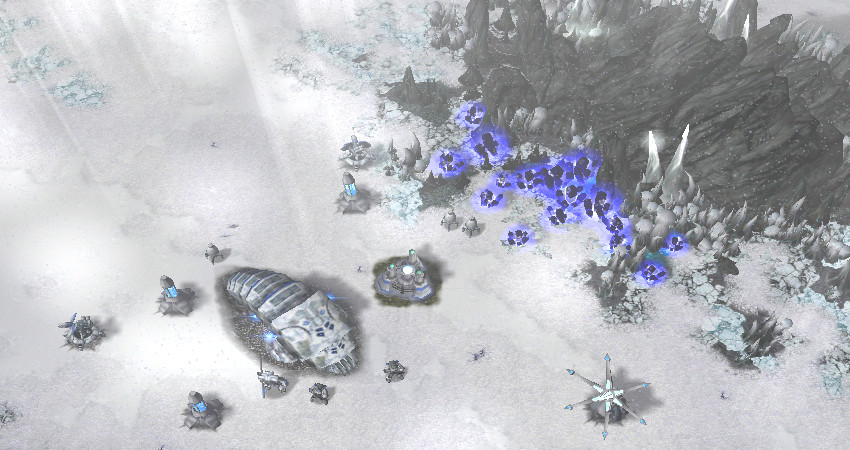 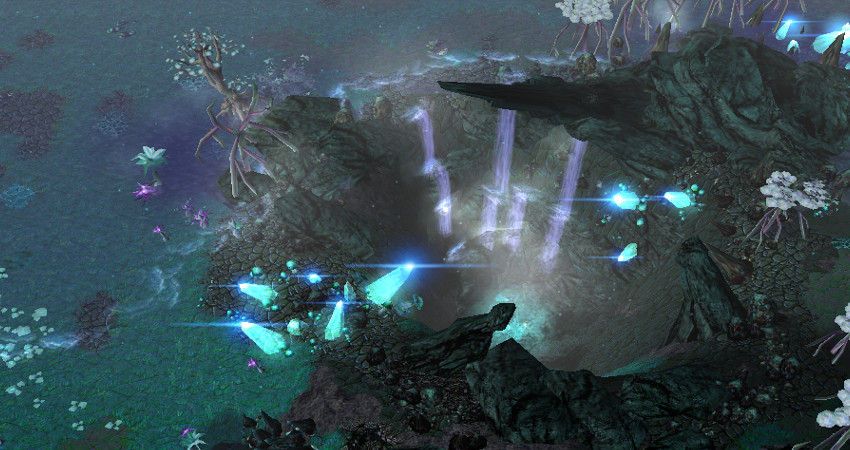 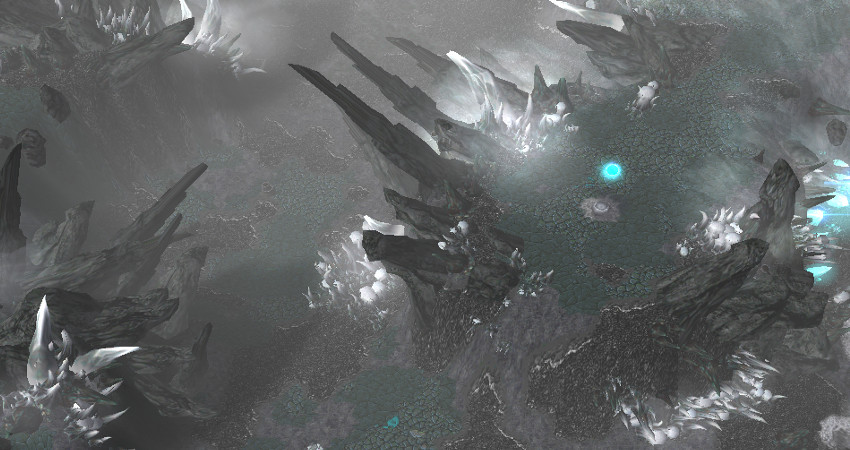 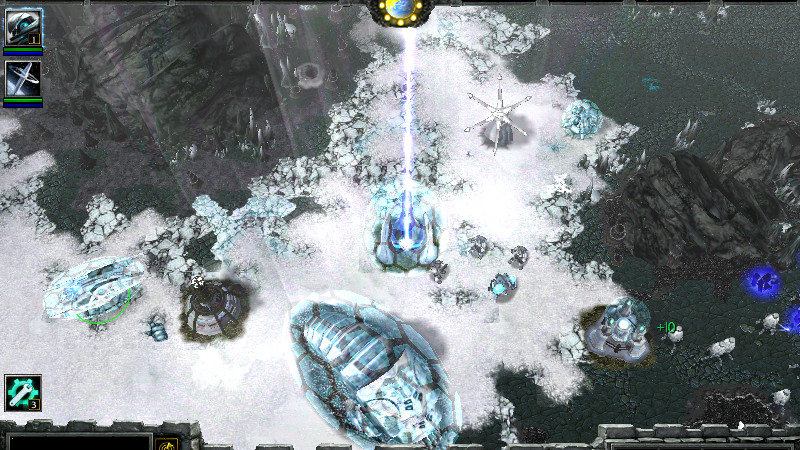 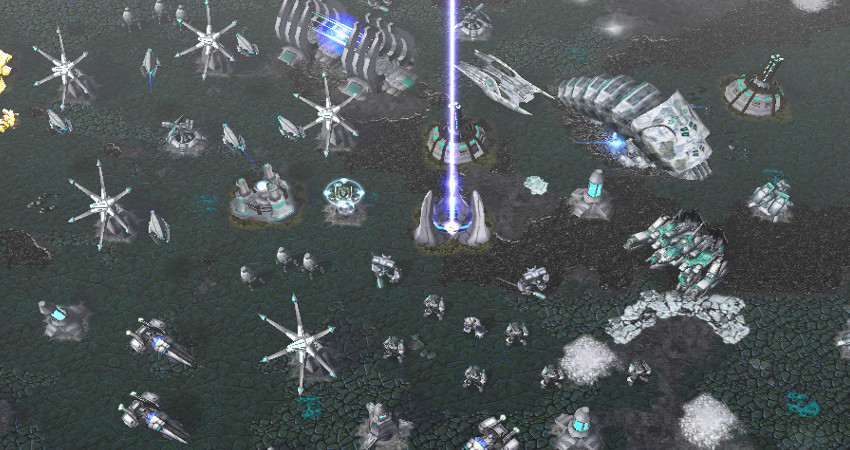 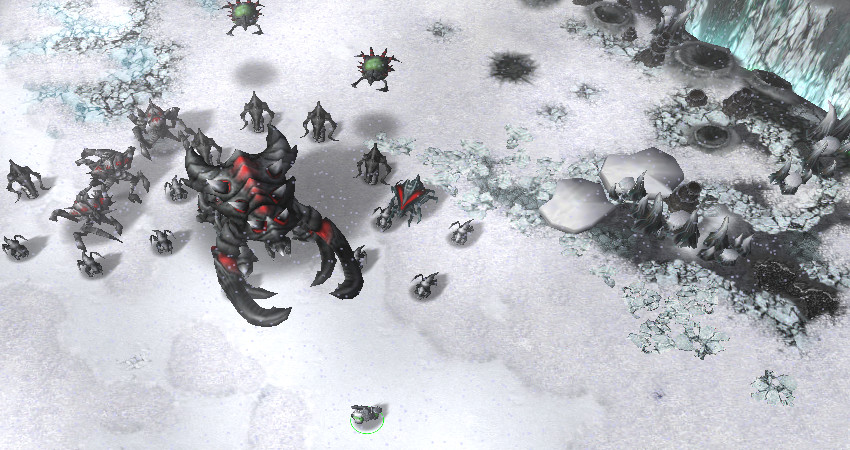 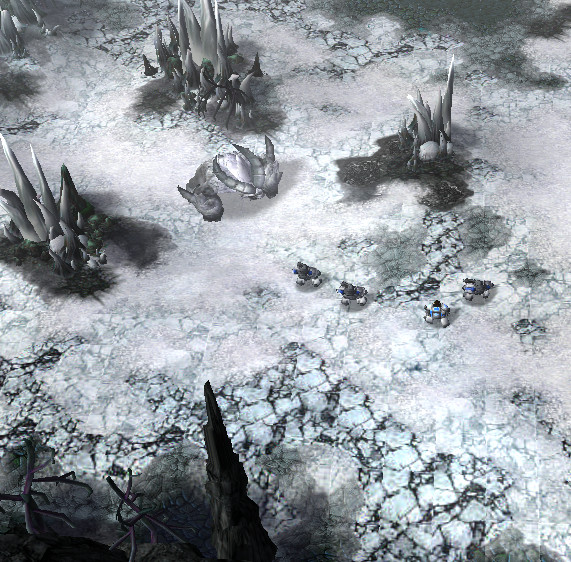 -Planetary Domination has a focus on exploration and resource gathering. Rescources are spread throughout the map and you will need to discover and secure them in order to exploit them. Human players have the option of finding ancient alien technology left behind on the planet.

-The game is intended to start off quite slow, but the pace of the game increases late game as players get improved technology will allows for faster collection of rescources.

-Both factions have very unique techtree types, remember to read the descriptions otherwise you will get confused first time.

-Alien species are similiar to the Zerg in gameplay, they inhabit the planet like an infestation and are very difficult to completely eradicate. They are not as powerful as the humans due to the earthlings advanced technology but the aliens are very effective when swarmed.

-Each human corporation has an orbital satelite which provides very useful support for your ground troops. It can help in a number of ways ranging from scanning the planets surface for intel to launching devestating orbital Ion Strikes on your enemies.

-Humans can choose between using clone troops or AI Drones, both have their strengths and weaknesses. Clones require food upkeep and are vulnerable to organic weapons and disease whereas drones are suspectable to EMP attacks.

-The game is open alliances using the -ally command and then colour. But remember you can only ally players of the same species as yourself.