My Little Pony: Friendship is Magic

Icons 1
didnt care much for the cmc in this episode
near the end....

anarchianbedlam said:
didnt care much for the cmc in this episode
near the end....
Click to expand...

Models 5 Maps 2 Spells 1
Well... they sounded better then many cheesy 80's bands that did that sort of thing
(I don't seem to hate them as much as everyone else does though (the cmc))

Icons 11
Meh, I havn't seen the new episode yet, because of that I'm currently at a lan and I don't want anyone to start thinking that I'm somekind of a pedophile...

Icons 1
Im learning how to make flash animations. made this in a night
MY SOVIET PONY:
COMRADESHIP IS STRENGTH

anarchianbedlam said:
Im learning how to make flash animations. made this in a night
MY SOVIET PONY:
COMRADESHIP IS STRENGTH

anarchianbedlam said:
Im learning how to make flash animations. made this in a night
MY SOVIET PONY:
COMRADESHIP IS STRENGTH

make a Rainbow Dash one! MAKE IT AWSUM!

My version of my little pony. Sent from hell to devour all of the pony's souls. 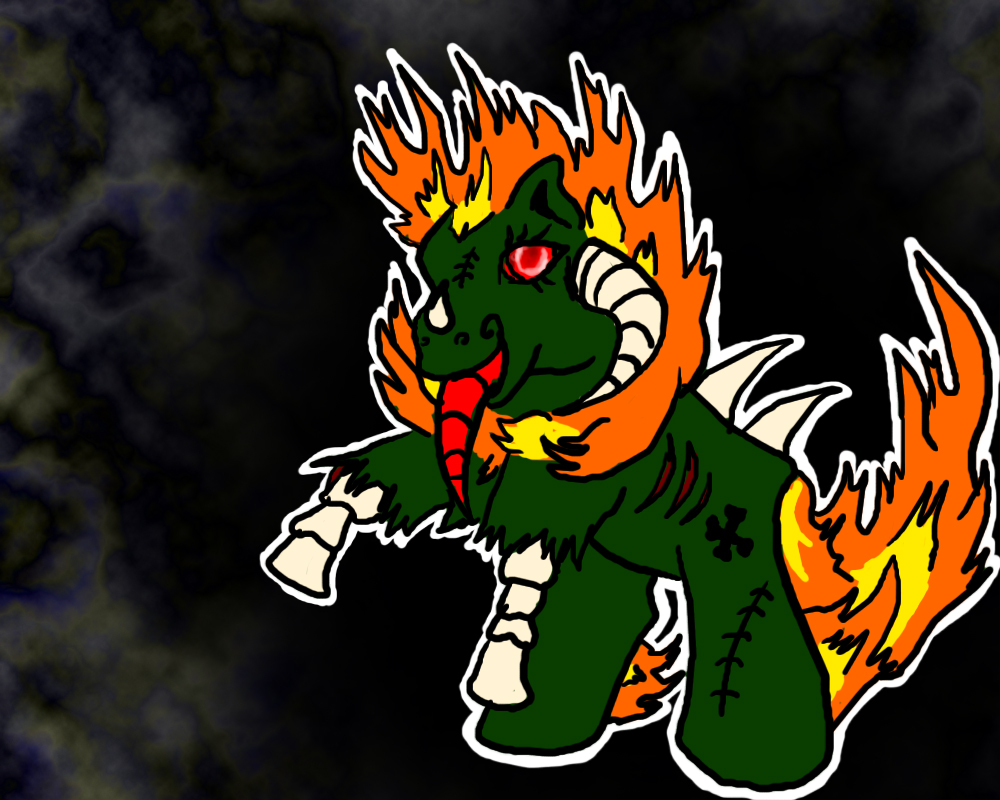 Skins 2
Manliness is void here. As for Icoria, you sir, have just won all the internets!

On-topic, though, this might be worth a watch or two. After all, if Mrs. Faust keeps up to her proposition, I think it will actually be interesting. I mean, if it weren't, then I don't think this thread would be twenty pages long... Anyways, I'm off to go watch one of the intro episodes.

Icons 1 Skins 1
Interesting, the episode 18 is by far... the most ordinare of them all. I dunno, my least beloved episode. There's 5 top things (among others) why it isn't one of my faves:

1~ Where the fuck are Fluttershy and Pinkie Pie? My 2 fave ponies?
2~ Why isn't there any mail that Twilight Sparkle writes to Celestia Like in all other episodes?
3~ Cutie mark crusaders are not as good as the adult ponies.
4~ "My little ponies" is said 2 times, just to remind us wtf we're watching...
5~ I don't remember one good joke from the whole episode.

It's kind of a downfall compared to the rest, and looked more like a side project instead of an actual episode. I hope they'll make the next episode base on at least 1 adult pony, and I hope it'll either be Twilight Sparkle, Pinkie Pie or Fluttershy, but I think Fluttershy won't be the main person, since the fore-last episode was about her... and the Cutie Mark Crusaders.

BTW here're the 2 parts that I watched. Nevermind the first not fitting the screen. About 5 mins in the episode, it is fixed.

according to wiki, i would say that the next ep. is based on Rarity.

from wiki said:
Rarity is taken by a group of Diamond Dogs and is forced to find gems for them.
Click to expand...

no idea what it is, but keep an eye on the background characters

Models 5 Maps 2 Spells 1
@Icoria
Let's see, you've watched part of an episode, you can identify some of the characters and now you're drawing your own - congratulations, you are officially a brony.

Orcnet said:
WoW! a fan based episode, for real?
Click to expand...

No, just a bit of fanservice like they did with derpy in recent episodes.

I laughed how funny this is.

mare said:
according to wiki, i would say that the next ep. is based on Rarity.


Wikipedia said:
The crusaders look for Twilight and the other ponies to learn how they got their cutie marks.
Click to expand...

Pyritie said:
apparently there's gonna be a bit of fan service in the diamond dogs one

no idea what it is, but keep an eye on the background characters
Click to expand...

*licks lips* i love it when they service the fans.....

Wasn't made by me though.

Oh God That makes me want to start playing that game :O

Icons 6 Maps 1
HEY! WHERE IS THE CUTIE MARK!
Unforgivable eccho.

Spells 2
It's right there, partially under the wing.

Icons 1 Skins 1
I made one like that in Minecraft Classic, though I used a sprite pic as a reference. It was Plok, one of my fave SNES guys. I put him vertically though, so you could think it's actually harder to work like that... Never finished it, because it exceeded the max. height. I think if i searched around I could find it...

Well, let's get back on topic.

Maps 1
Don't know about you all, but this is my little pony. 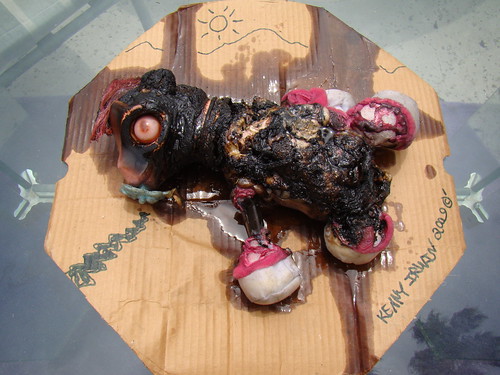 Is that the one that was stuck in the microwave?

Icons 1
and that is how they make glue

Models 5 Maps 2 Spells 1
What good is Derpy without the derp?
Wow, whoever made that got the style very close to the actual

Hey, you're making me hungry for horse barbecue.

Models 4 Maps 3
Where the hell did you get the idea to make this thread? This is hilarious.

so that's what happened 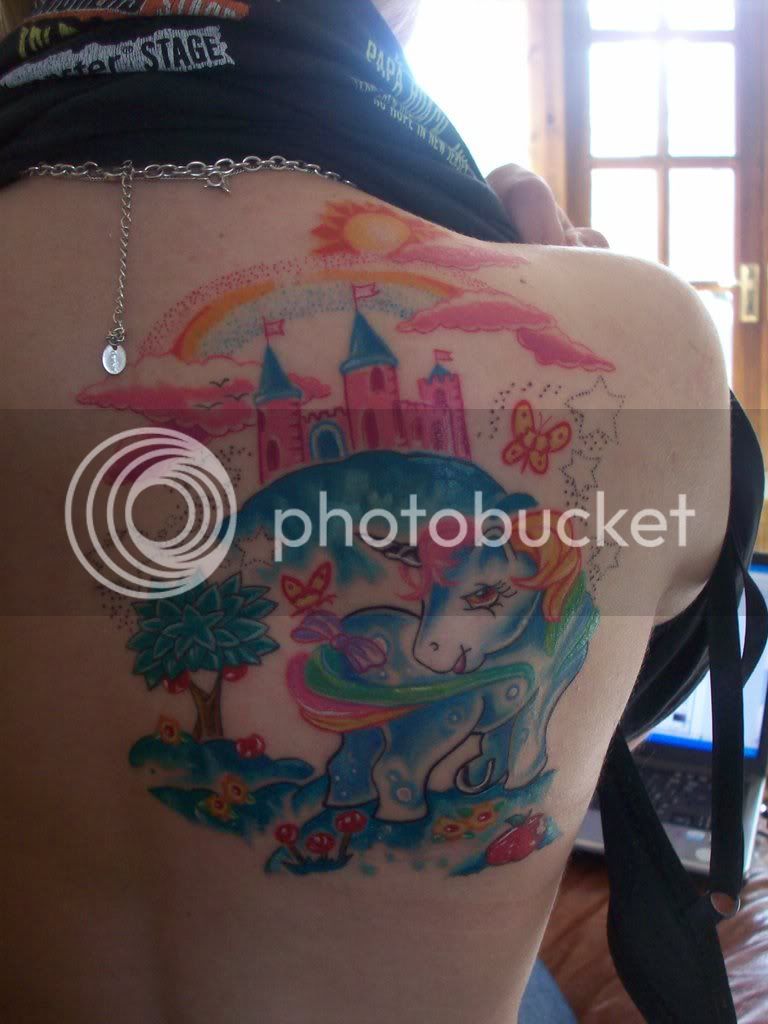 Spells 2
Wait, is that a male?

Eccho said:
Wait, is that a male?
Click to expand...

I believe so.
Ok, at the picture... I gotta say I love MLPFIM a lot, but... That's just wrong. YOU ALL KNOW THESE SEASONS BEFORE SUCK'D!

Spells 2
Oh yeah the horror,, py
You linked me before, but now I can't find it. It's up to you if you want to ruin us all posting it here.

Well, I guess have to go with flow

Eccho said:
Wait, is that a male?
Click to expand...

My Little Pony: Friendship is Magic