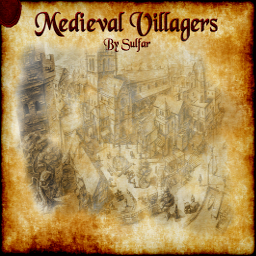 This bundle is marked as approved. It works and satisfies the submission rules.
View usage Statistics Legacy download
Reactions: Edaryion, Vyonne, syponis and 7 others

Important message
Version 1.08d is the last official version supported by me, therefore, it is the last safe version to play in battlenet.

To edit the open source version WEX editor is required

Since I am releasing my development version open for the community there might be some people who inject cheats inside their own versions, so beware of fan-made versions.

Community versions of the map:

I am no longer able to maintain this project. It was fun to do but i've moved past w3 modding, between studying and developing apps I don't have time to commit to w3.
Sorry for taking so long to release the open sourced version, I couldn't finish cleaning it up and documenting everything but I hope it can be of use for someone. In case you have some questions about the source, need help to understand it send me a private message or post in this thread.

If you're about to check the source of the map, read the comments at the top of the trigger section, basic stuff is covered there. For information about certain triggers there is a comment at the top explaining in most of them.

As much as this is the end of w3 modding for me I hope this can be the start for some of you, good luck and happy modding!

You live in a dangerous medieval province and you decide to leave everything behind to embark on a epic journey full of friends, enemies and opportunities. The history is in your hands, what path will you choose? Will you be a deadly thief, a noble, the next king or a mighty hero? 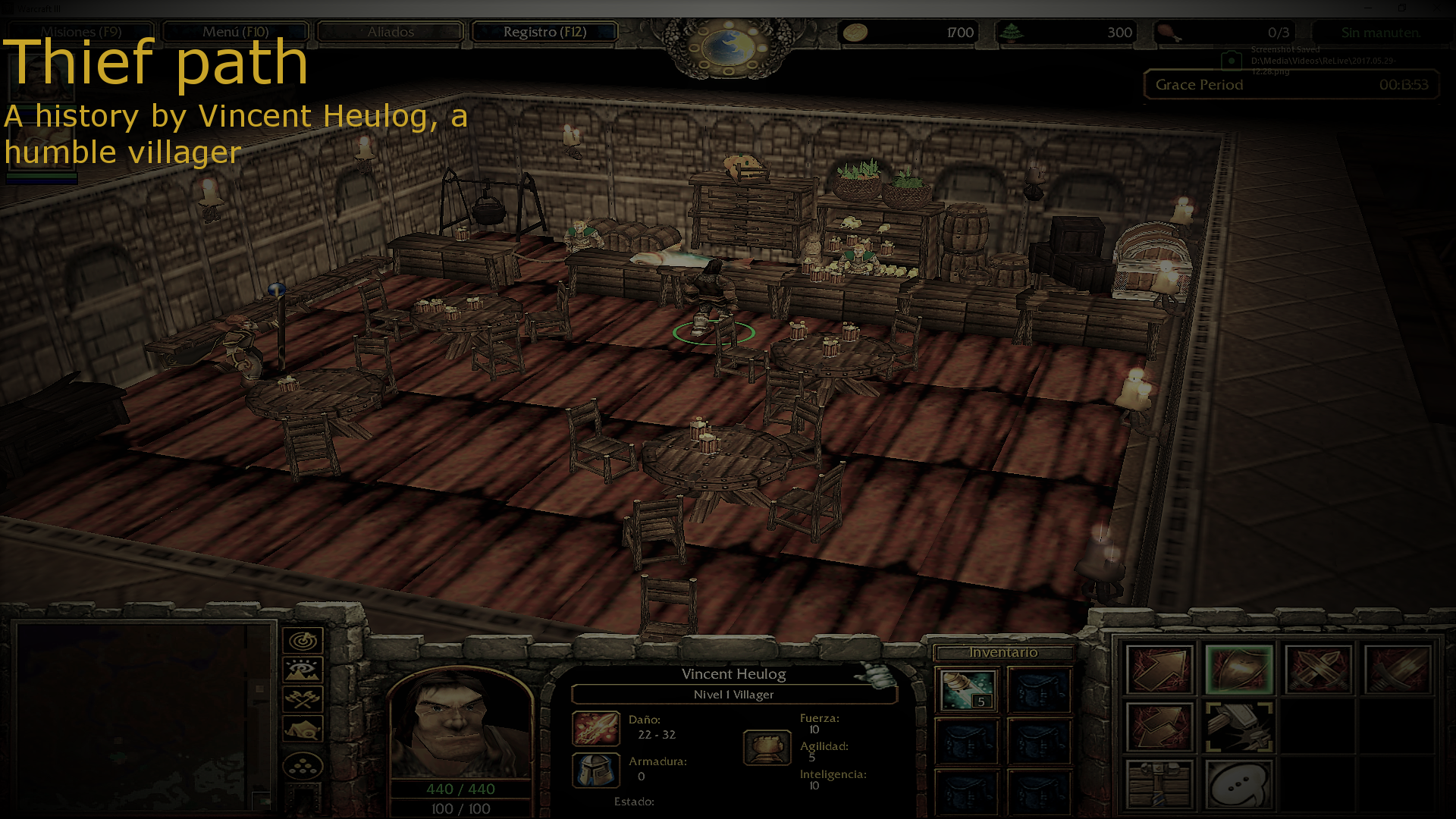 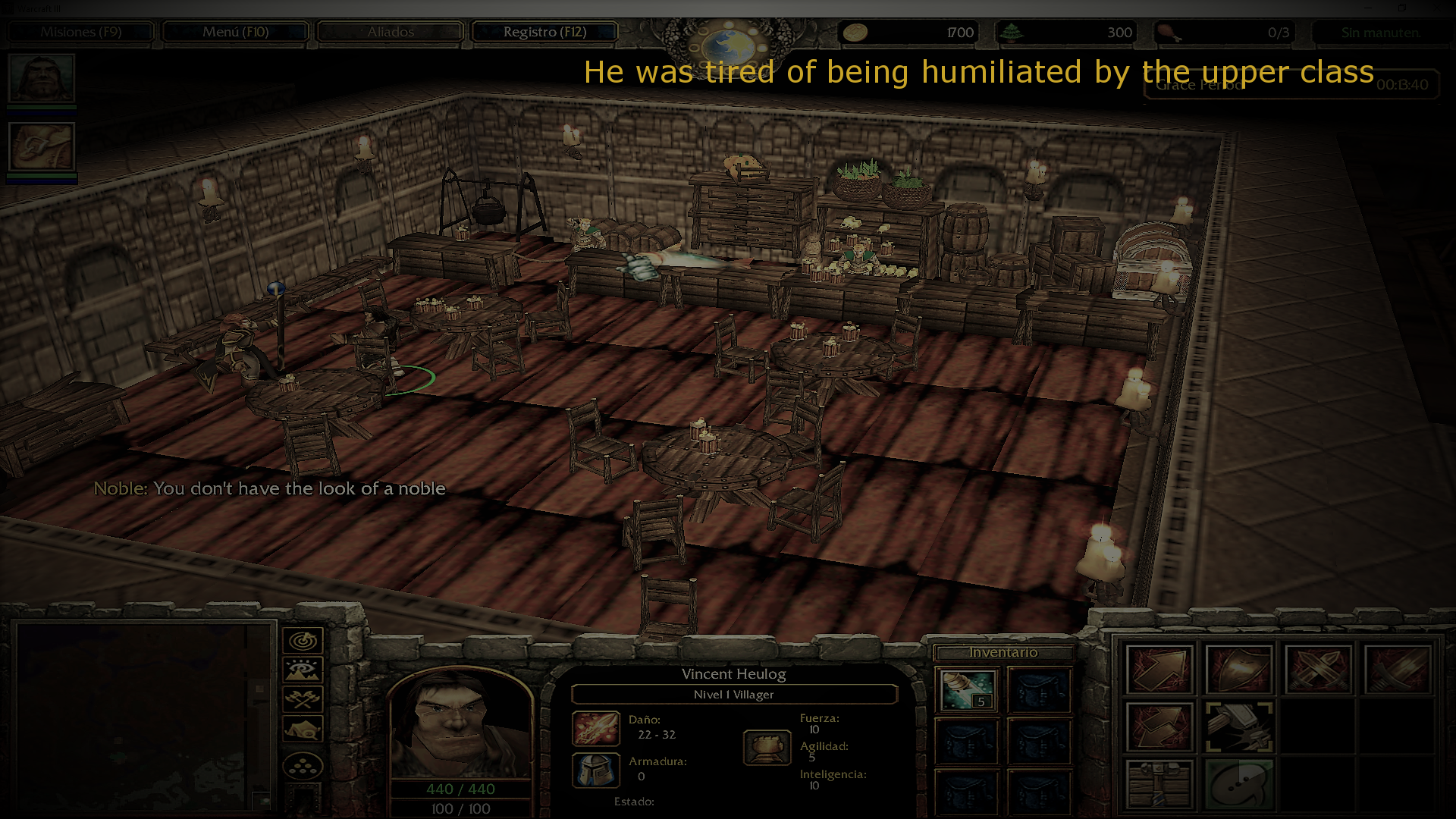 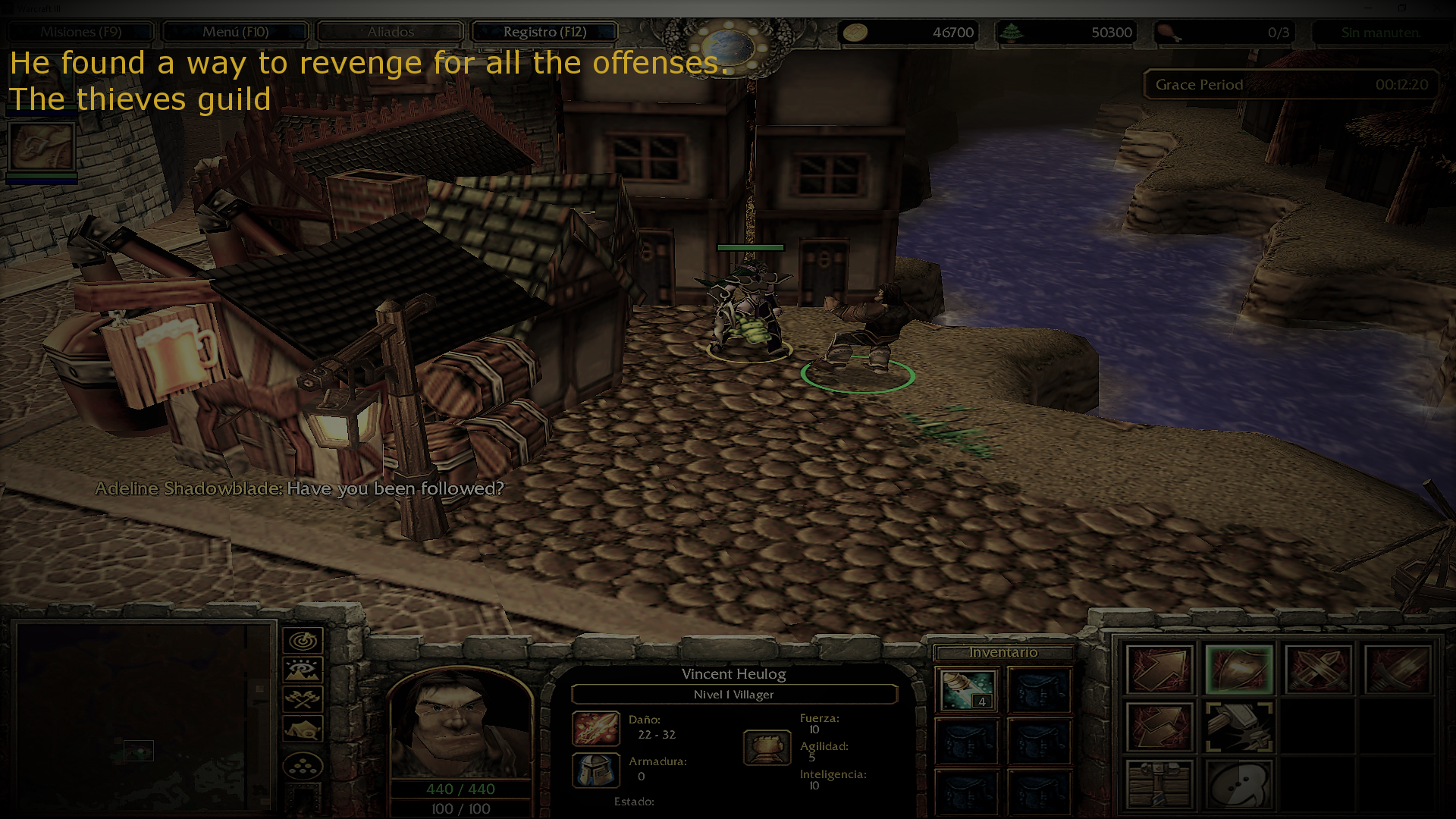 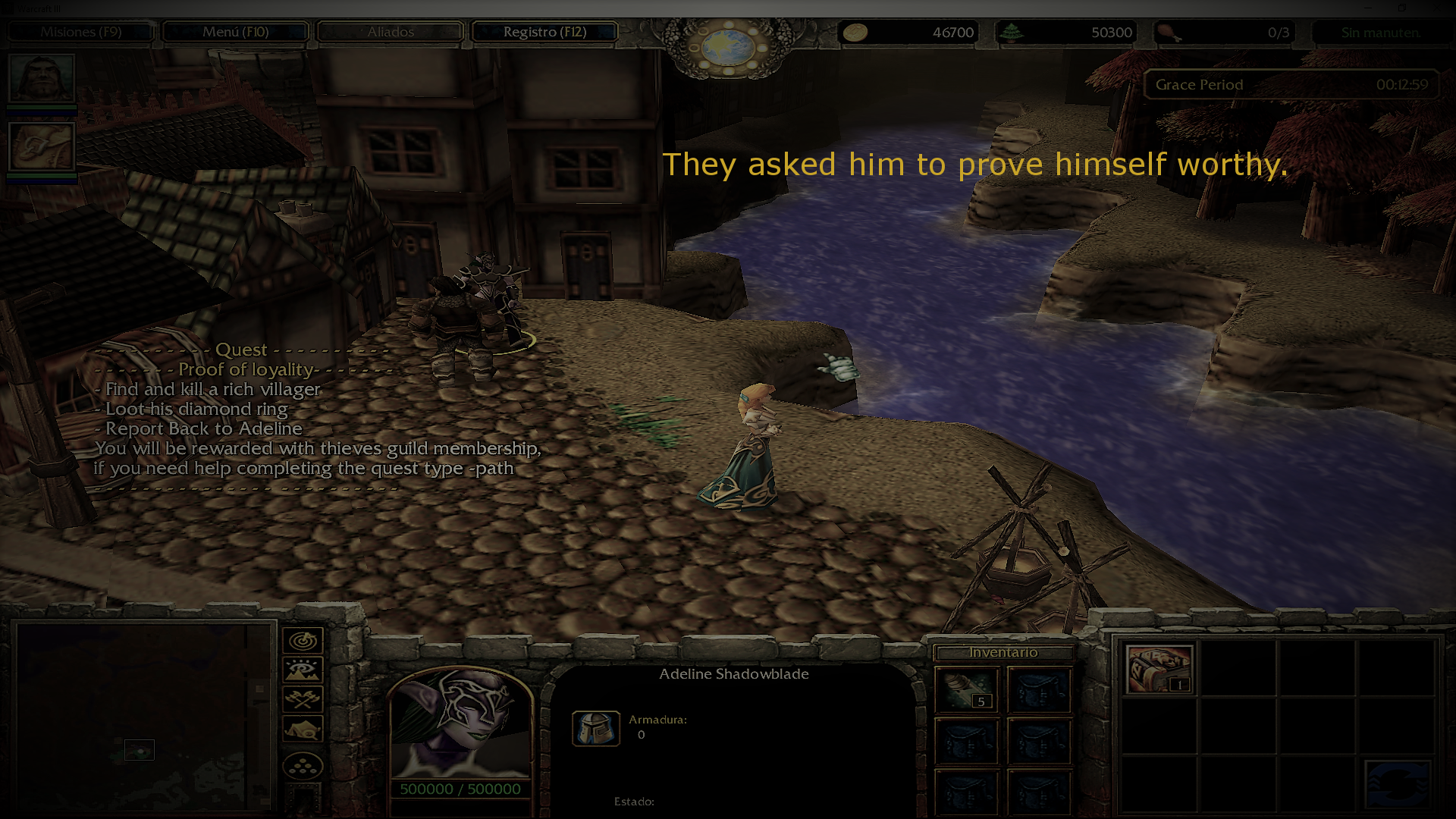 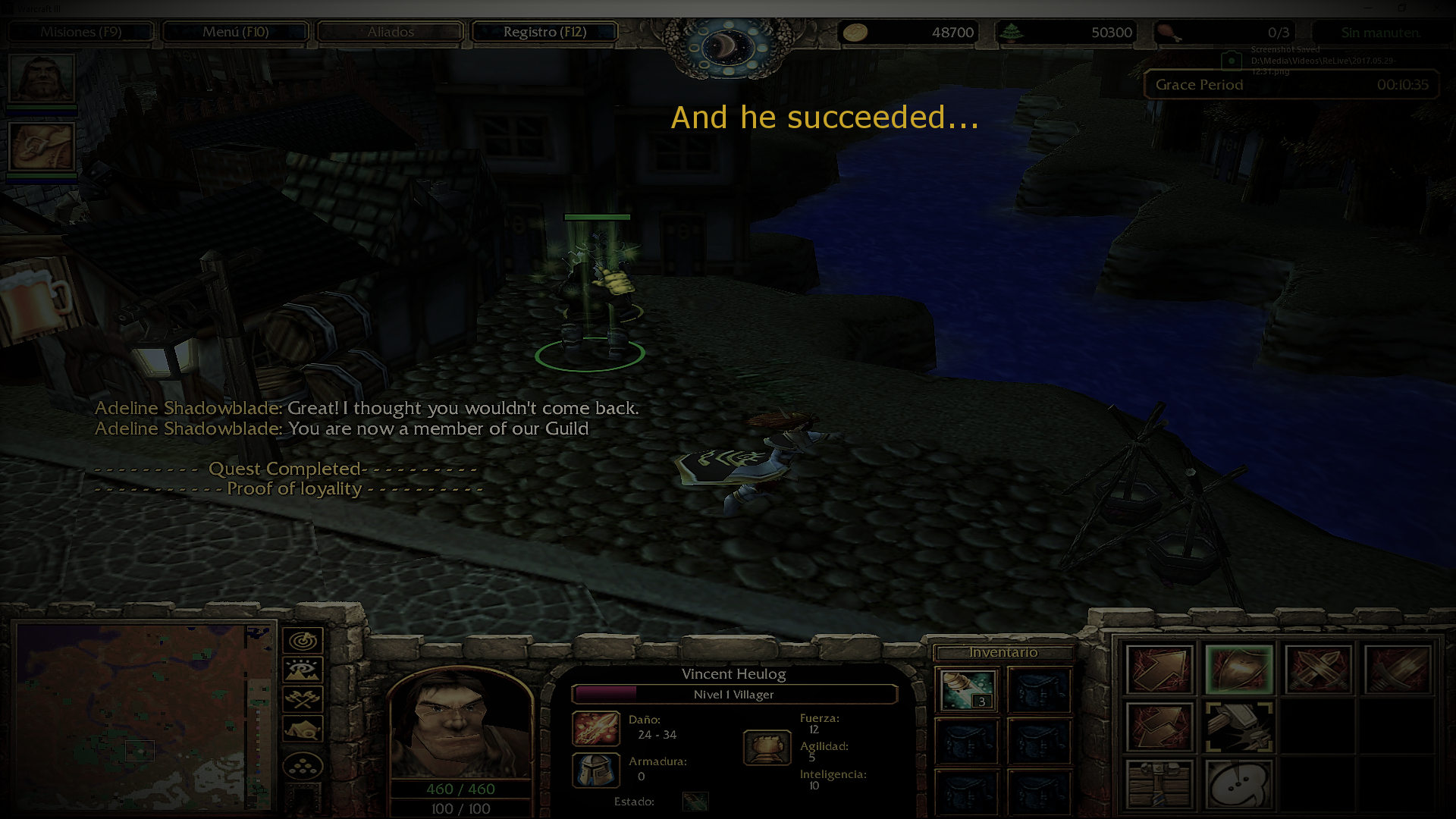 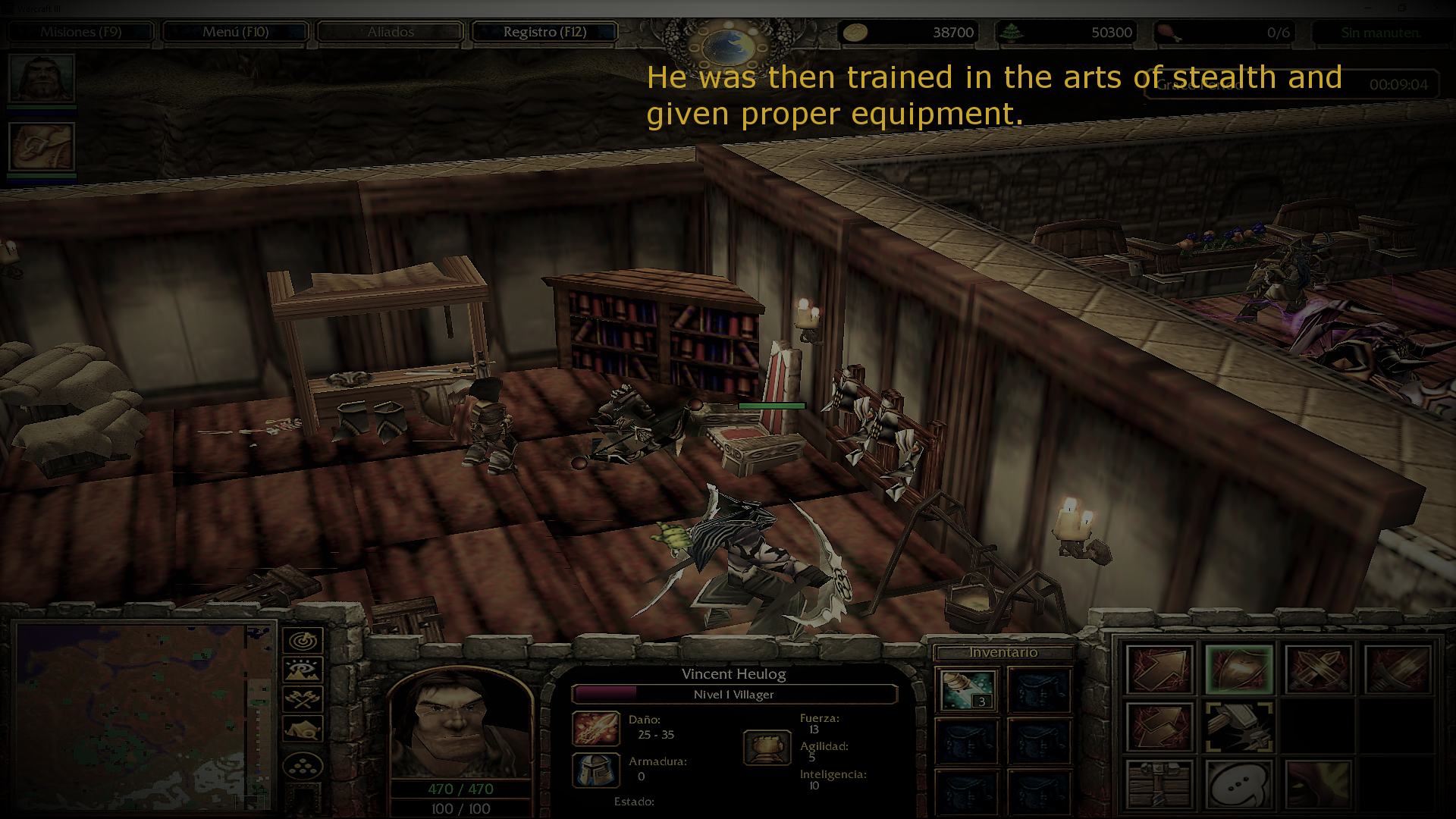 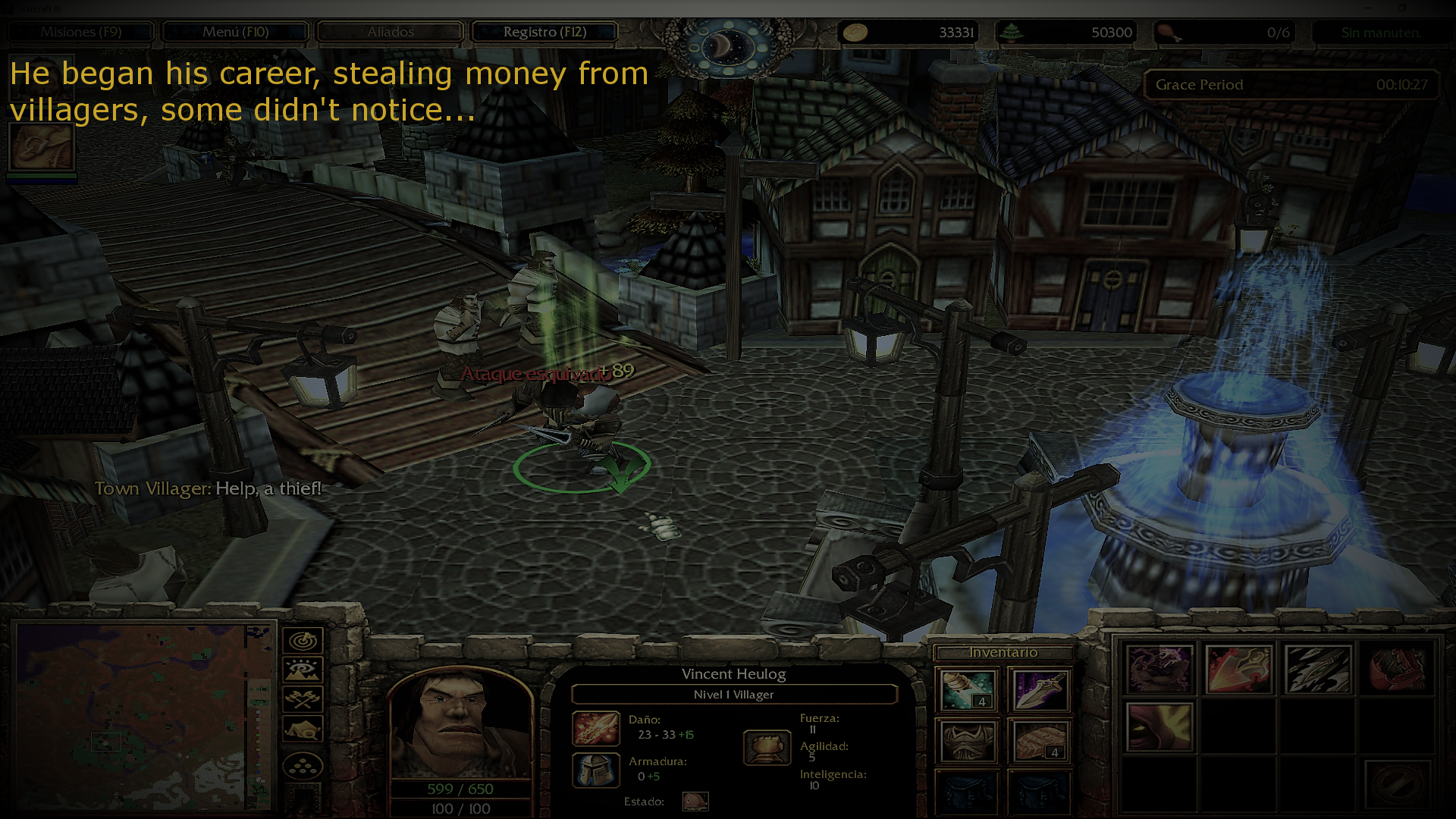 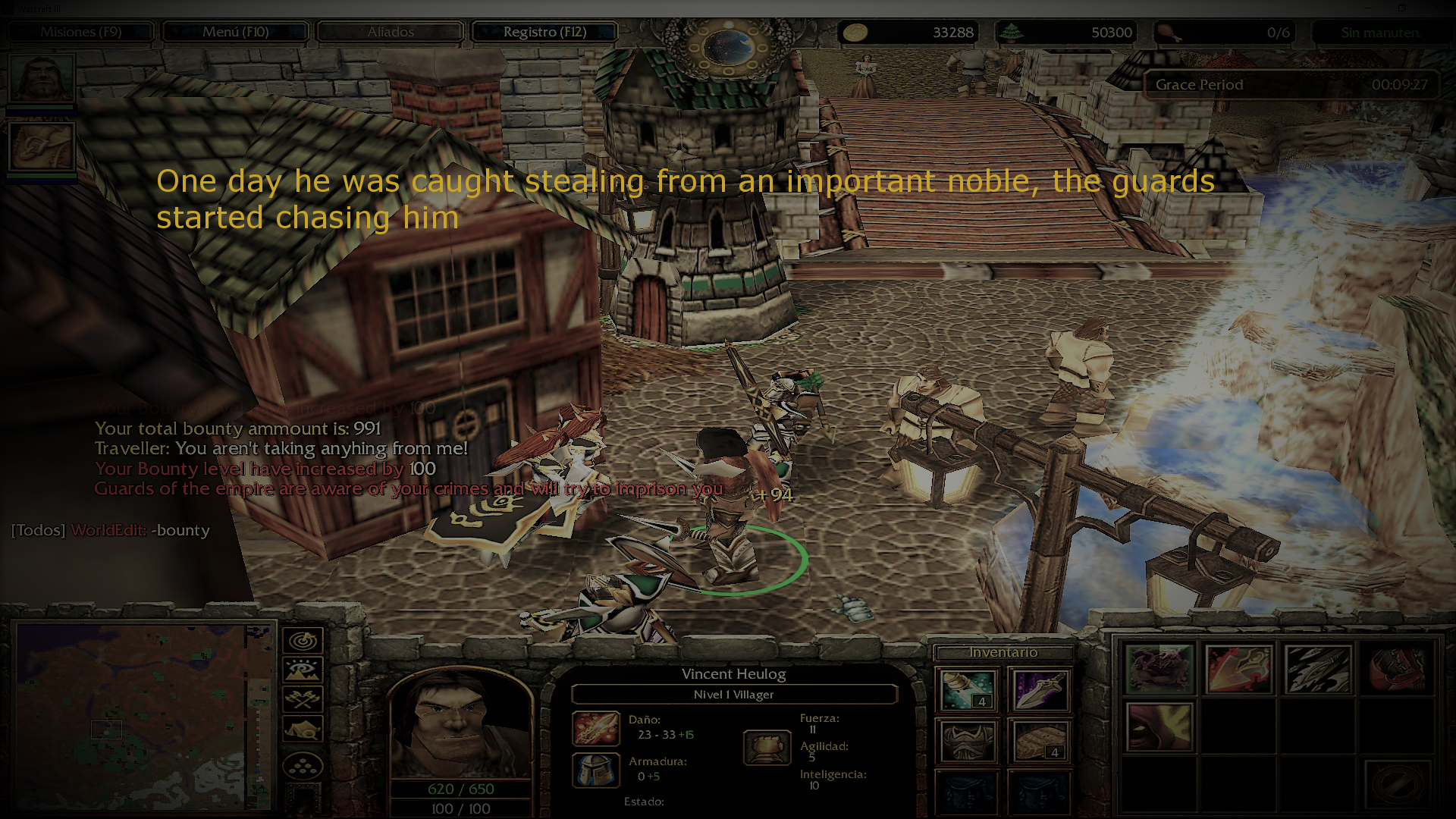 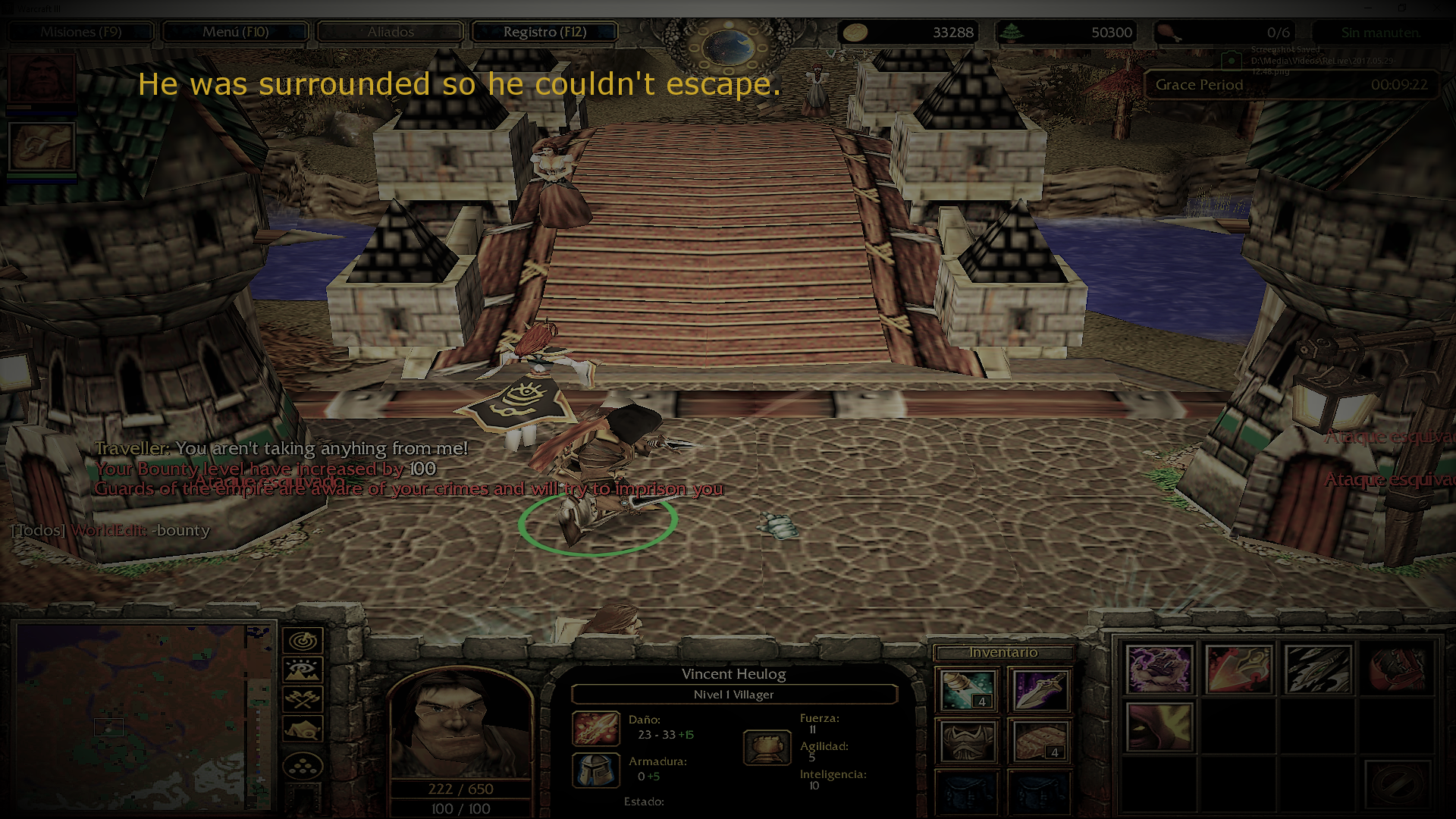 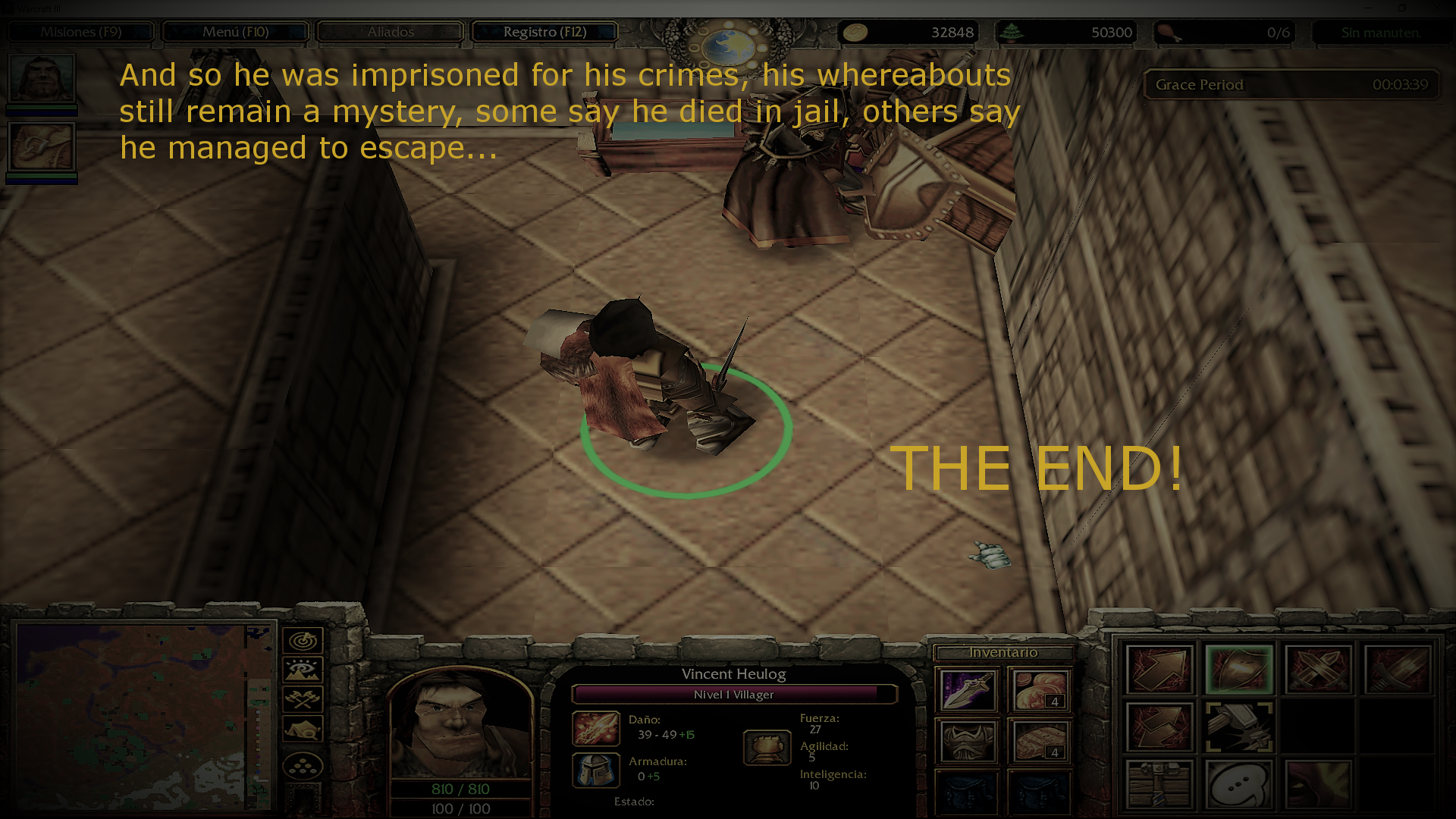 This map feature the following professions in a very immersive yet user friendly level:​


There are a bunch of buildings you can get in your village and these are some types:


- Military: Such as a castle,training grounds, forge, training dummies, etc...

- Economic: Such as a warehouse, a housing system, a tavern, etc...

- Cosmetic: Some doodads like a bench, a table, flowers and more

All buildings can be rotated in order to create a good looking village.

I wanted to encourage the players to have interesting fights and skirmishes but at the same time dissuade them to get on full scale wars, in order to achieve this I've developed this features:

- Training system: The units can train when in combat, there are 2 types of training, dummy training and real training, training with dummies is safer but slower and training units in real combat is faster, but obviously, way more risky.


Face unique challenges every game, every game should feel different thanks to:
- The path system: You can choose between landlord, thief or Adventurer.
- The event system*: You can face the ancient werewolf, defeat the king and take over the province, become a undead necromancer and threaten the world, fight against the orc legions, etc...

Note: Werewolf, Dominion and Undead Legion events are released, the others will be released in future versions)
​

Want to see your Media here? Feel free to post it on this thread and I will add it 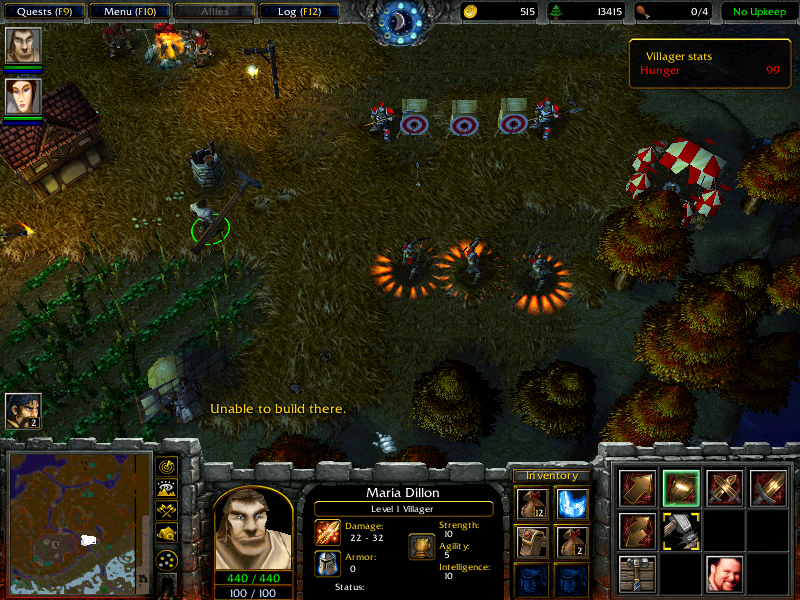 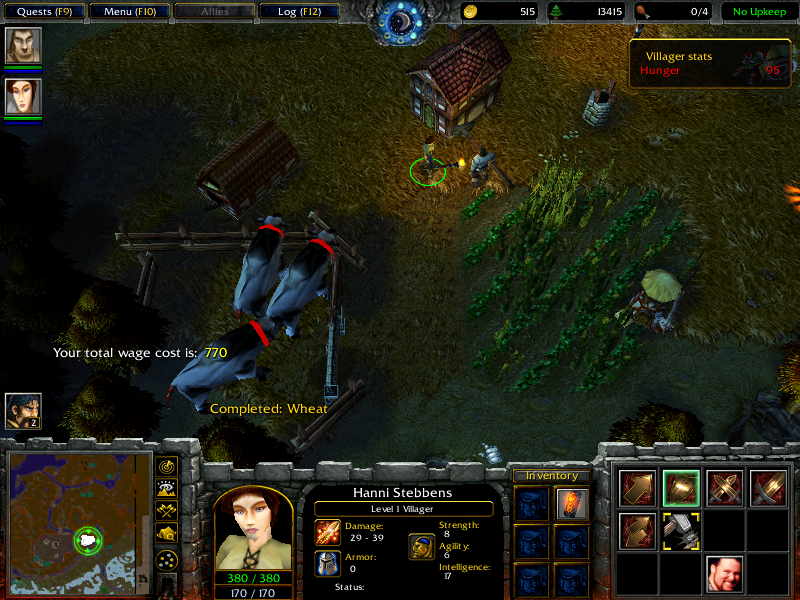 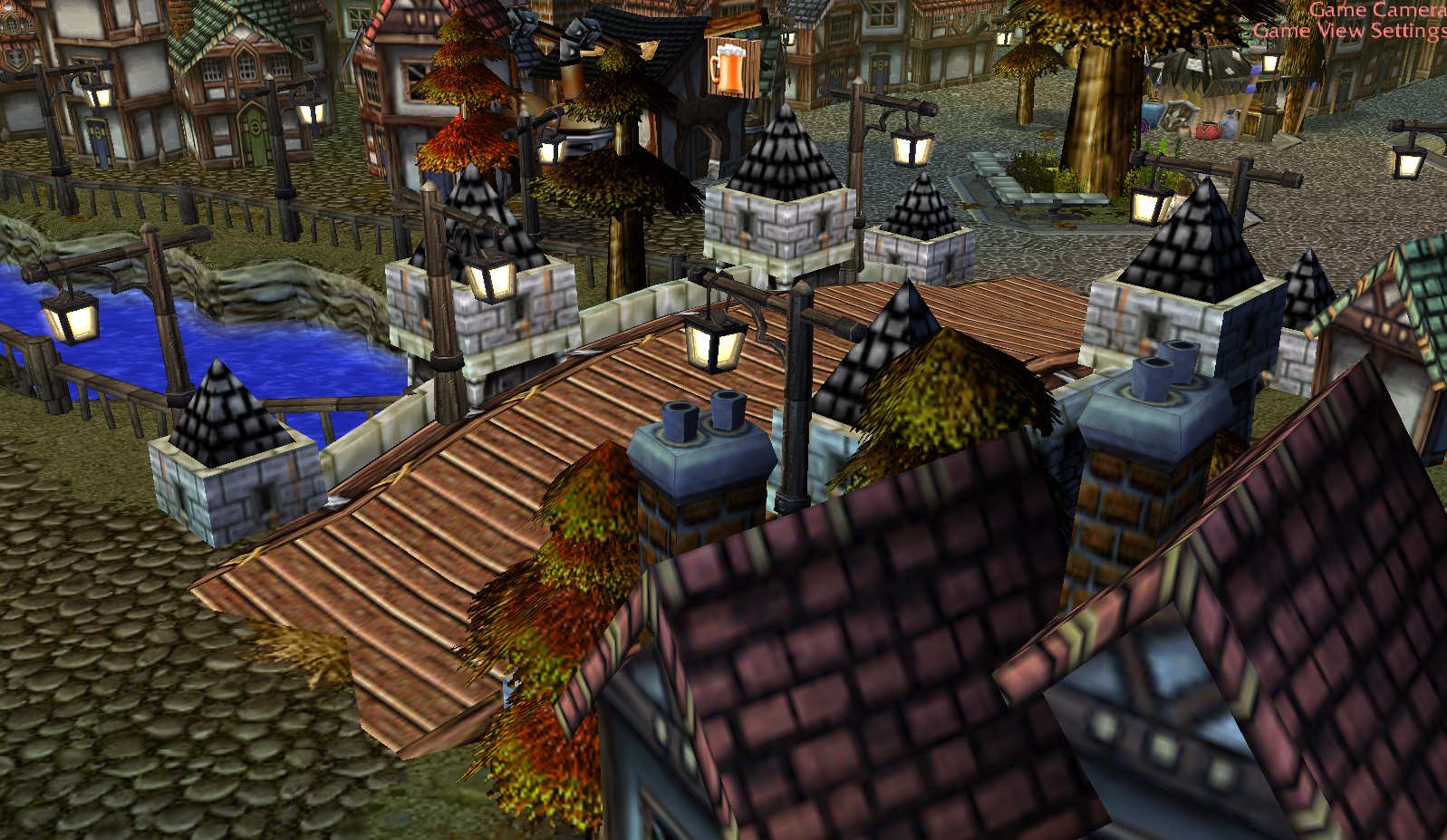 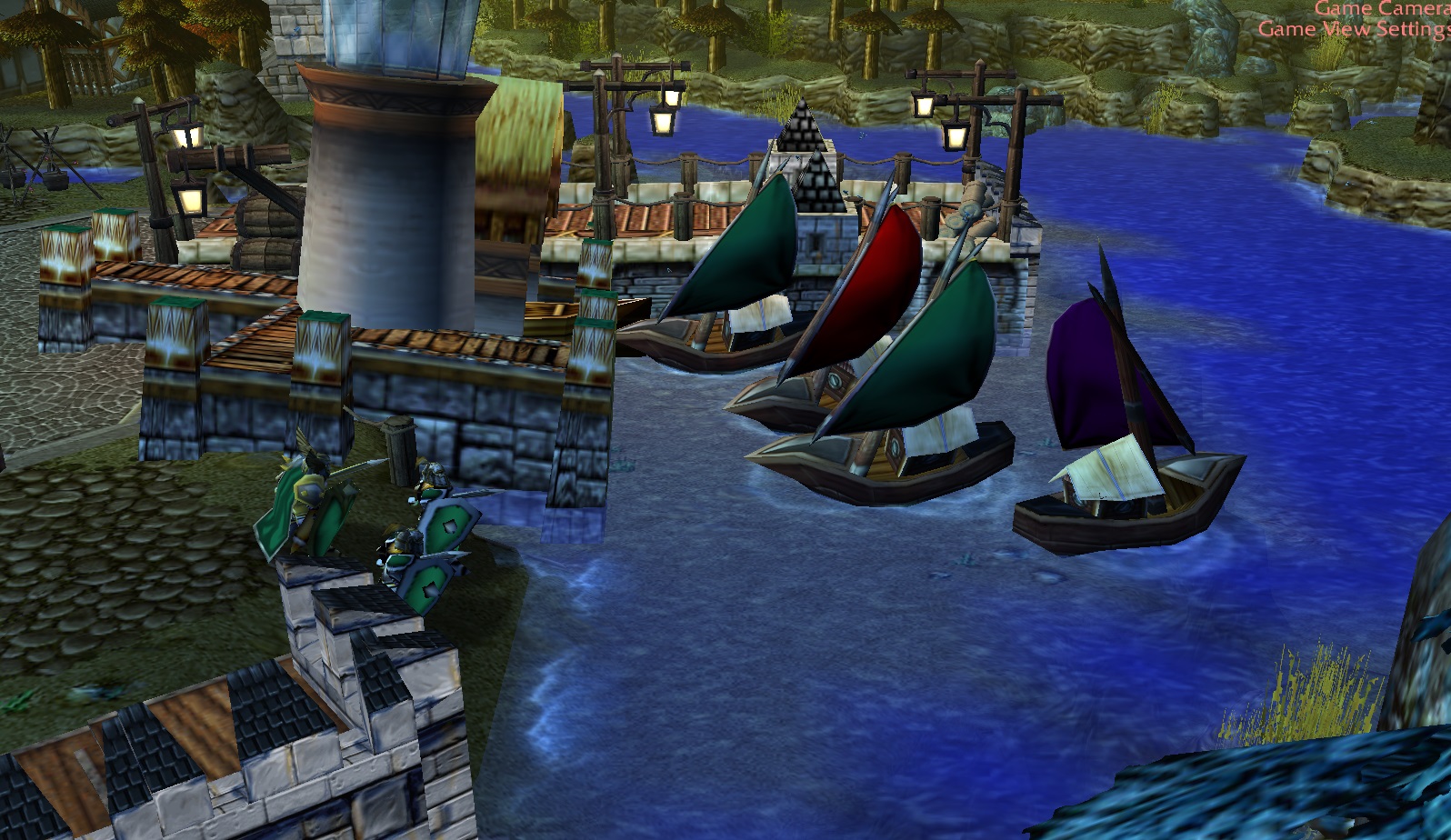 Want to see a feature implemented or think something should be changed?
Share your feedback in this thread, I read all your suggestions and your feedback really helps

- Several tooltip changes
- Added bronze and iron armor/weapon crafts in the blacksmith
- Adjusted weapon prices in function of their materials.
- Added traveler npc's that wander the world, bandits can kill them for loot.
- Imported some models for current and future weapons/armors
​
​

- Improved interaction system, now it is dynamic(It takes in count several variables like weather, profession, etc..) and it looks better
- Fixed respawn bug and some other small bugs
- Added path system with 2 out of 3 paths functional(Landlord and Thief/Bandit) now you will have to choose your path through a simple quest. Also there are path restrictions(Ex: Thieves can't build a proper village, Landlords can't be thieves, etc..)
- Added the option to Invest through banks and to buy properties in the city, this will provide a periodic income.
- Improved start picking dialog, now you can choose the starting location and the gender.
- Several other small adjustments
​
​

- Can cook eggs into omelettes and milk into cheese.
- Tannery can craft Fur armor and thick fur armor with 5 and 9 skins respectively.
- Attacking king now gives 10x the regular bounty
- Increased cooked fish price slightly above raw ones.
- Heralds are now invulnerable.
- Added a new system for landlord military units: Morale: when units are low health(depending on their rank) they might leave your ranks and become neutral.
- Added a new landlord military unit: War drummer.(Prevents nearby units from routing during combat)
- Villager str progression is no longer constant, its degressive now. With low values of str the villager will increase his str faster than before.
​
Visual changes:


- Trigger optimitzation
- Fixed a bug where non military units would be affected by morale system
- Fixed the damage given by ahsbringer, now its in line with its description
- Upon dying if there is no valid heir the backpack is properly removed
- Son/daughter can now enter and exit player's house​
Gameplay Changes:


- Now the lighting changes dynamically during the day and night.
- Added some environmental doodads
- Thieves now have a utility belt attatched to their chest when they learn thief abilities.
- Added a bunch of new icons.
​

Author note: If you like the map don't forget to rate it, you help it getting to more people, and if you have suggestions or feedback feel free to share it here!

How exactly does one get a offspring in this map?

Go to the general shop and buy the flowers and ring, give them to a villager. They become your spouse and make children as an ability.

Hello. Pls help. I can not figure out how to become the owner of the village. I start in the northern village as a hunter, earning 15,000 gold. I'm buying a scroll in the Town Hall. But with the activation nothing happens. Or did I not understand something? I ask to forgive if so.

Maps 1
Thanks for making this open source. Great map!

kirandius said:
Hello. Pls help. I can not figure out how to become the owner of the village. I start in the northern village as a hunter, earning 15,000 gold. I'm buying a scroll in the Town Hall. But with the activation nothing happens. Or did I not understand something? I ask to forgive if so.
Click to expand...

Maps 4
Who updated this? Is that actually @Sulfar?
@Shooterman56 started working on the open source because the original would not get any more updates...

What is the update about?

deepstrasz said:
Who updated this? Is that actually @Sulfar?
@Shooterman56 started working on the open source because the original would not get any more updates...
Click to expand...

Unkn0wN_Merchant said:
What is the update about?
Click to expand...

Sulfar updated his description to include a link to my map. I think that is the only change on this package.

deepstrasz said:
Who updated this? Is that actually @Sulfar?
@Shooterman56 started working on the open source because the original would not get any more updates...
Click to expand...

It was me, and as shooterman said it was just a description update to link to his projects so that people that know this project might discover his version easier.

I cannot mine with a worker... how?

I've fixed this bug in my derivative version of this map. Medieval Villagers 1.09 by Shooterman56

is there an easy way of changing the money you gain from selling wood on medieval villagers on map editor? want to turn down the price to atleast half of what its now so not everyone can skip right to license right away by camping the shops selling wood for quick gold

1. Fight as a Woman in the Arena (for the Adventuring path) is bugged? I could join it only as a Male.
2. How to find Dungeons?
You must log in or register to reply here.