Icons 3 Skins 3 Tutorials 1
Well, yup, but it is not only concept, it is also ART. I know that the basic concept is important, I was trying to tell that If you have to do your picture in a few hours, you draw the first (normal) thing that gets into your mind.

I thin that a kraken is more original than a minotaur or a centaur, anyway.

Icons 70 Packs 1 Maps 2 Spells 1
You guys need to stop dramatize this. The theme of this contest has been a bit diffuse and somewhat confusing.

First of, Debode, you got your points, and I would be offended as well if someone said I didn't take my time with my concept if I actually spend a lot of time on it.
But Mr.Goblin is right in the fact that many of the submissions aren't even close to what concept art should look like, man, even my own submission isn't that good concept art.

Mr.Goblin, you got your points as well. This is a concept art contest, and the submissions should be very original and in most cases better structured (show the creature from different angles and such). But to be honest, (barely) none of the submissions are real concept art. So you have to overlook it. Since you are seeing this way to professional. You are the most right (I give you that), but this is The Hive Workshop, not some awesome concept art site. So your criterias can't be fulfilled. (Not in this contest at least)

The looks and quality of the artwork is very important in this contest, since the users get to vote, and they will only vote for which submissions is looking most appealing, (that actually pisses me off, since this is about the concept, not the artwork. Proper judges, like Mr.Goblin, should have just judged this, since the community purges the purpose of a contest like this) and this is what Debode sees and tries to say to you Mr.goblin. Both of you guys are actually saying the same things, just in different and confusing ways.

I would recommend Mr.Goblin to create a concept art competition, a proper one, since this is more or less just a contest about who has done the art with most quality in it, and the concept theme dissapears more or less.
I would for sure join it as well.

In conclusion, this was a quite bad structured contest. With a very diffuse theme.
But I hope the judges judge as they should, based on the concept and not on the art so much.
If they do, this contest might be successful.

And no matter what, if people's submissions are bad art or bad concept, most of them did probably have fun. And that is what is most important, isn't it?

that have been 100% tought by the artist
Click to expand...

That's what I mean. I want the whole creature; the whole concept to be thought out by the artist, not by Mother Nature and then mixed up by the artist. Anyways, I think we both have the same idea in our minds, and that is, that people SHOULD be more original than just 'Centaur', 'Kraken', 'Minotaur' etc. But I'm just saying you shouldn't really insult people because you think their concept is unoriginal, imagine someone would say your Leviathan is unoriginal because it's a mix of a whale and a crocodile or something like that. That wouldn't be very nice now would it?

I don't know about that, Debode, if it was, in fact, just a mix of a whale and a crocodile, and you said it was unoriginal because of that, I would take that as constructive criticism - if it was my artwork, I can't speak for Mr.Goblin - and if I had time, I'd try to change it so that it would be less obvious. Either way, a whale and a crocodile together is still original, because there is nothing like it (afaik). Originality isn't a matter of yes or no, it's a scale, and the way I see it, there is no maximum, only a minimum. The minimum being an exact replica of something that has already been done.

Either way, I have to concur with Mr.Goblin's statement; there are few concepts here that are adequately original. For instance, drawing Zeus in the shape of a regular human and some armour, is no more original than drawing any warrior (no offence intended). If this contest was about designing armour, then perhaps it would be original, but the way I see it, this was all about taking a mythological story about a creature or a location, and make an original concept out of it - breath some new life into ancient legends. I do realize that it didn't state that, black on white, in the theme description, and that people might've misunderstood (or I've misunderstood the theme I suggested myself.. well, I didn't clarify that when I suggested it, because I thought it'd be obvious, so I'll take the blame for that) and thought it was all about drawing something cool and mythological, and that's what most of the voters will consider when they vote, anyway. That would not be a concept art contest, though, because you're just drawing something that already has a concept. You're not bringing something new to the table. I'm sorry if that comes off as harsh criticism to some of you, but I really feel it has to be said.

Some of us have reinvented, and some of us only recreated. I wish we all would've reinvented, because that's what concept art is, and it's a lot more interesting. Either way, I still wish everybody good luck, and I look forward to hear the judging. I'm going to vote for [email protected], because he's getting too few votes and I like his concept a lot. I'd like to add an honourable mention to Mr.Goblin and Kimberly as well, those are excellent concepts, [email protected] just pulled the longest straw in my opinion.

Models 6 Icons 143 Packs 6 Skins 51 Maps 1 Spells 1 Tutorials 1
I belive everything have been settled, and I have to say, I'm sorry for those who felt insulted. That wasn't my entention, but I belive it came out anyway, even tought I didn't ment too. ( Just like when you say to a girl she's pretty, and she's pissed at you because she thinks she doesn't look pretty the other days)

Anyway... thanks all for joining in our friendly debade about ''concept art'' <3
and to conclude on that...


shiiK said:
Either way, a whale and a crocodile together is still original, because there is nothing like it (afaik).
Click to expand... 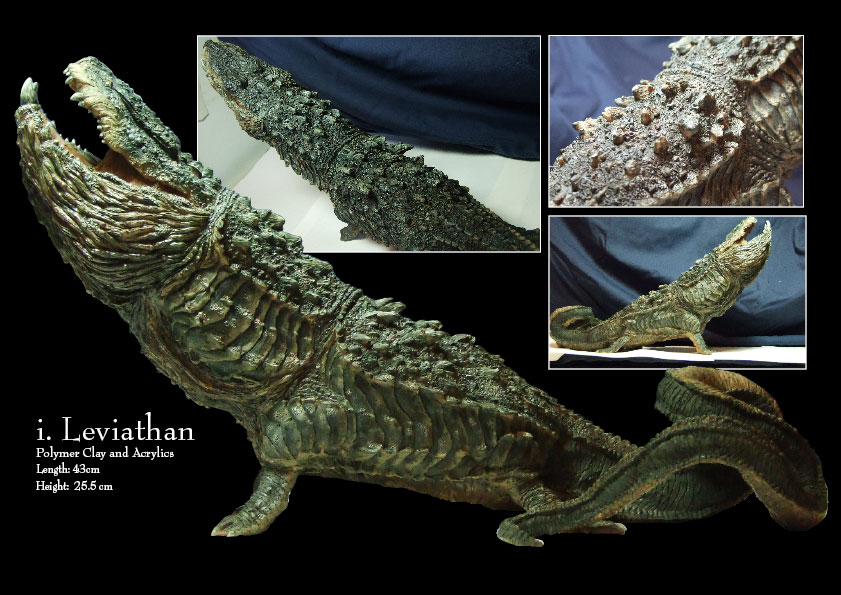 Icons 3 Skins 3 Tutorials 1
lol Well, you guys are right, now I know how important is the concept for some people.
But there is still a problem... it isn't very easy to create an original concept which is also related with mythology. If you want to create a mythologycal creature, you have to use other people's concepts, too (even if they lived 1000 years ago). If you only use your imagination, what's mythology in it?
Anyway, I hope that everything you (Mr.Goblin) said was constructive criticism.

Cpt.ZnacK said:
Tails96 (Kraken) & 67chrome(Cerberus)...i cant pick which is better! Both are amazing, well lot of them are just awesome...
Click to expand...

I fully agree with you. It was a difficult decission, but Tails96 earned my vote. :>

Icons 1 Maps 3 Spells 1
The Chimera was my favorite. The kraken is cool. Some were meh.

Overall, I think the 1st place piece is a bit flat from a technical view, but the small details are pretty awesome.

Cerberus is pretty awesome as well..

I would have participated but... theme... bleh..

my vote goes to Mr Goblin


So many awesome entries, judging this is so hard.

Maps 1
Not so hard choice, nice job 26 chrome. You are really the best. good job

I like [email protected]'s Will o' Wisp! Cool concept and nice render, Haven't seen anything like it before Anywhere.


LOLZ, Im so happy that Im not one of the judges on this contest this time! It was too difficult to pick 1st, 2nd, 3td places last time because everybody did a good job, This contest even harder to choose.
Good luck artists, and judges!

Models 2 Icons 31 Skins 16
This contest is over, yo cannot submit an entry anymore!

Aww....man.
Oh well, guess I'll try for the next one then.
Any idea when you'll be doing the next one?

Maps 1 Tutorials 1
Keep an eye on the Contest Submission section of The Arena. If 1 will be created, there's going to be a thread about which theme it's going to be first in that section.

Icons 50 Packs 3 Maps 3
Wow everyone likes chrome's while I actually don't like it at all..
Tails' one is epic, looks like it came out of a mythology book.

But the others were also awesome.

So, any progress on judging this? :v

Icons 4
What does an inverse sun have to do with the theme BTW?

Icons 3
i finished my judging a while back. gave it to ike.

The inverse sun falls within paramaters.

Icons 3
ITs been a matter of time for like 4 weeks.

Icons 3
go eat them yourself. no D:

Long judging is long. I guess they have their reasons.

Models 57 Icons 21 Packs 2 Tutorials 1
Nudl9 didn't "disappear". Last time he was online was today. What are you talking about? :S

Models 57 Icons 21 Packs 2 Tutorials 1
Couldn't you send him a private message, and ask if he's still doing the judging for this? I think that would be the best option, no?

chimera,
the last one looked pretty sick tho lol

Debode said:
Couldn't you send him a private message, and ask if he's still doing the judging for this? I think that would be the best option, no?
Click to expand...

just did, and he said he hasn't done anything on it and doesn't really want to.

So we're just waiting for enjoy

Hmmm couldnt quite make up my mind they all look good!

Icons 3 Skins 3 Tutorials 1
So, the others are ready... I hope it won't take more than a week.

does anyone else want to judge or should we just go with enjoy's?

Pyritie said:
Okay so ike_ike showed me twif's judging and... uhh...
it's incredibly painful to read
Click to expand...

How can that be?

Icons 3 Skins 3 Tutorials 1
You've made me curious. What a horrible judging looks like?
OK, let get this done. Thanks, enjoy.

Models 30 Icons 9 Packs 3 Tools 1 Maps 2 Spells 1 User Interface 1 Tutorials 4
I'll PM it to you if you want
You must log in or register to reply here.