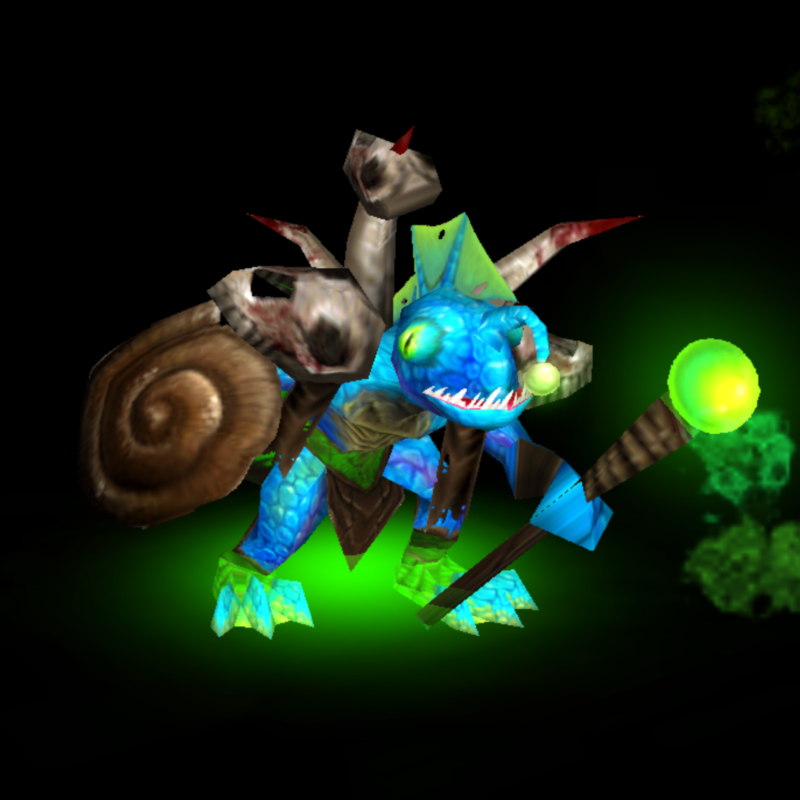 This bundle is marked as approved. It works and satisfies the submission rules.
View usage Statistics
Reactions: Maxwell, Mythic, Stefan.K and 2 others
Model portion of THE FLAMING SKULL OF WADDLES's contest entry in Hero Contest #8 - Tavern Hero. Bundle includes the Mur'gul Warlock, its projectile art, and all the special effects used for all of its abilities.

Check out our entry here!

Feel free to use and edit as you please, so long as you credit us.
Contents

HappyCockroach
Looks good, and performs flawlessly. The missile is nice too. Only some textures seem a bit stretched, and some don't fit so well together. But certainly approved.
Read full review...

Models 2 Maps 1 Spells 1
How was this not uploaded previously? Oh well.


Kyrbi0 said:
ART
+Pretty cool; while I had some strange issue overall, each of the constituent elements was just great. A primitive truncheon, a shell-shield, a Gul'dan-inspired back-spine-rack (with non-human skulls, noice), a cool Lure and a giant toothy maw.
+The animations were where this guy really shined. The "vomit", the "lure", the epic Channeling, the expressive Death, the gaseous Dissipate; good stuff.
+The SFX were also very cool; I didn't notice til I opened them up in Magos but the Noxious Cloud & Conflagrate fireball both have creepy eyes/faces on them. The re-worked Incinerate was nice, and the Cloud was dense & seeming 'choking'. FelwoodRocks.blp for the meteor was neat. The 2nd best was the spinning souls on the Meteor-Channel.
+The style was pretty fitting to the game; in-game textures really helped that.
+The (in-game) icons chosen for this were PERFECT, all the more because they were (3/4) unused as ability icons. Loved it.
+WhirlpoolMissile.mdx was probably my favorite. Having him barf up a sea-ball was just great.

~I had some weird sort of issue with the model as a whole. Not sure what it was. Weird bipedal Mur'gul (except they're mutants anyway...)? Weird loping run? Stiff cape? Unsure.
~There was an awful lot of green on this guy's SFX, and not much else.
Click to expand...

+WhirlpoolMissile.mdx was probably my favorite. Having him barf up a sea-ball was just great.
Click to expand...

Oh right the aa missile. @Direfury should include that in the bundle.

Icons 5 Skins 1
Great murloc model, it looks pretty similar to Morgl the Oracle from Hearthstone. There is a lack of mur'gul/murloc heroes, so it's really useful.
5/5 from me.

Models 34 Icons 40 Packs 1 Tutorials 1
Looks good, and performs flawlessly. The missile is nice too. Only some textures seem a bit stretched, and some don't fit so well together. But certainly approved.

What is this on the right hand over the shield ? Shoulder shell ?

Models 24 Icons 10 Maps 1 Spells 1
Can you change something to the lamp ? Because it looks a bit... metallic

BABA said:
What is this on the right hand over the shield ? Shoulder shell ?
Click to expand...

They are skull shoulderpads.

KILLCIDE said:
They are skull shoulderpads.
Click to expand...

Ok but in combat (in medieval time) is not easy to fight with sholder and shield in same arm.
Sholders is usualy for main hand with weapon .

Icons 1 Maps 8
Oh me oh my, that's one awesome model! 5/5 just for the originality on the model and its animations!

Models 2 Icons 10 Spells 7 Tutorials 1
Silly Direfury uploaded an older version of the model I went ahead and updated the bundle to include the one that was judged in the contest + all of the special effects we used for the abilities.

Models 2 Icons 10 Spells 7 Tutorials 1
I just linked the assets and I'm about to change the preview image lol. There will be an exciting update coming soon though ;D

wow really this will serve me in murloc heroes

Models 2 Icons 10 Spells 7 Tutorials 1
Thanks to @Mr.Goblin for the texture update!

Maps 4
Incredible! So much hard work! Thanks a lot! Mgrlgrlgrlgrl!

Tell me the original will still be available, eh?

Still, this model is memorable and good addition to murloc people.

Good day... I am attempting to use the newer version, not the (Old) one... But... There seems to be a problem? In-game, he just looks like a magic carpet with my team color... v-v

I think I imported the things correctly and fixed the path, but it's not working! Right now only the old one works! v-v

What is wrong, please? Am I being a moron?

Thank you!
You must log in or register to reply here.