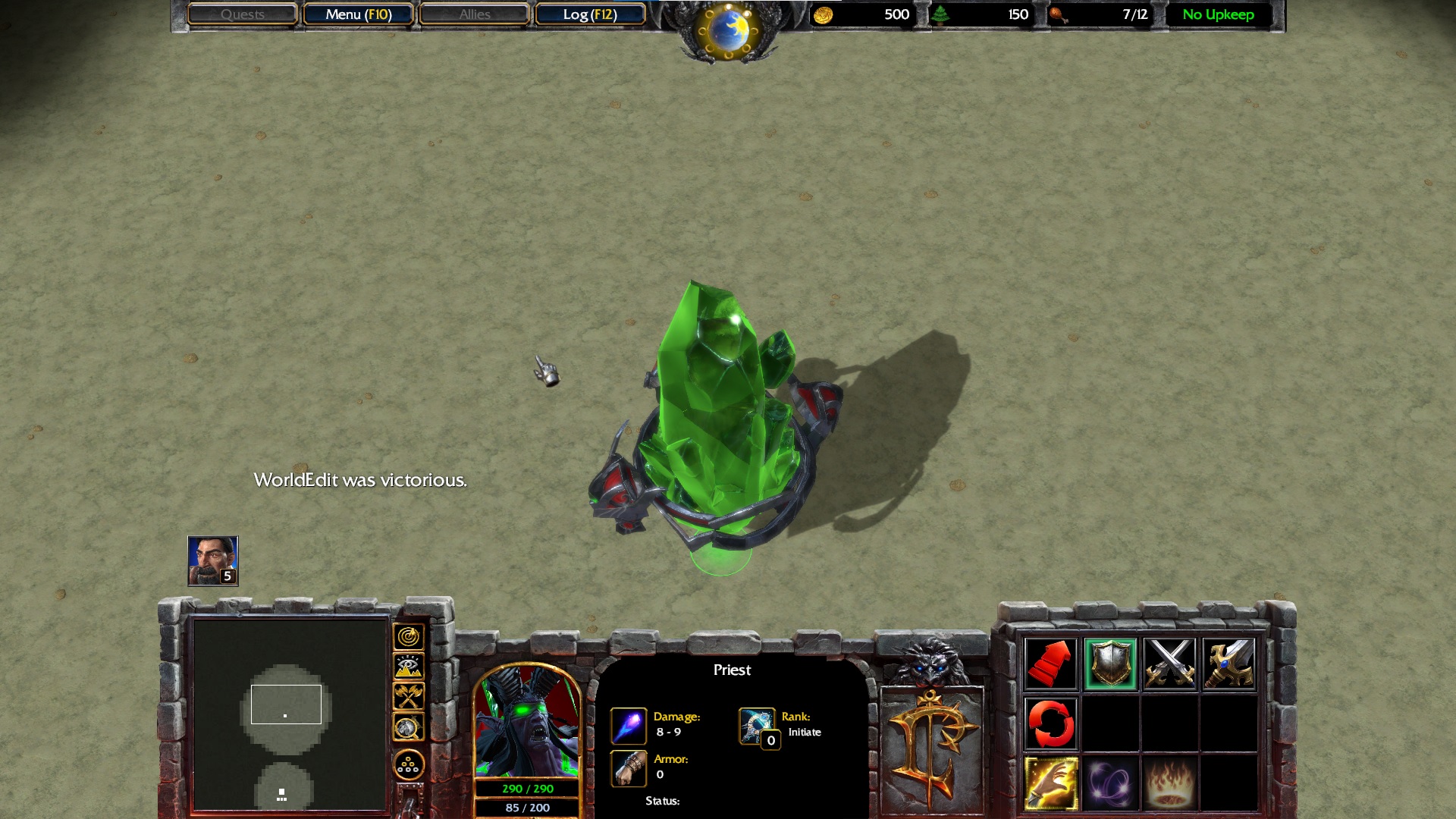 This bundle is marked as approved. It works and satisfies the submission rules.
View usage Statistics Legacy download
Reactions: Hawkknight97, Fugrim, Warglaive91 and 11 others
It's just a model that appeared in Beta, but not anymore. We were left with its death animation and its portrait, though, and the base SD model in the campaign. Why? Because wc3 Reforged was not finished.

But fear no more, the model is fixed. I had to fix the decay visibility and this and that, but the model is now 100% functional.
Best of all? if you "replace" the model in your retail folder, you'll see the actual HD model in the campaign. So, I recommend importing this even if you are not going to use it.

You only need the main model, the portrait is already there and working (although it's ugly as hell), but if you want to include it in your custom maps, I'll upload both files for you.
Previews

Barorque
Very good, thanks for restoring the model. Weird that it was removed, while all the textures remained...
Read full review...

Models 2 Packs 3 Reforged HD Models 60 Ported Models 1 Tutorials 1
Thanks to @Ardenaso for pointing it out and @Tommo Chocolate and @Footman16 for supplying the original model.

Maps 10
Is it possible to share the original SD model as well?

Med. MapGuy said:
Is it possible to share the original SD model as well?
Click to expand...

The SD model is in the same directory, but looks nothing alike. It's the box with the yellow auras.

Packs 3 Maps 3 Reforged HD Models 43 Reforged HD Skins 20 Reforged HD Icons 7 Sounds 1 Tutorials 1
Very good, thanks for restoring the model.
Weird that it was removed, while all the textures remained...

Oooh nice ! Can you restore the Gargoyle spire too ???

MelNefys said:
Oooh nice ! Can you restore the Gargoyle spire too ???

Moonman said:
Very good, thanks for restoring the model.
Weird that it was removed, while all the textures remained...
Click to expand...

its really weird, it feels like a accident kinda with how textures where left ingame.
But then again how do you even accidently remove an entire model...

thank you for restore the model. but it was missing a


piece of the crystal

Models 10 Icons 2 Maps 18 Reforged HD Models 1 Ported Models 1 Tutorials 1
Thank you for posting this. It was deleted by mistake so that custscene is broken now. Hopefully they add it back it someday.

incredible, this model was hidden, yesterday I realized that they have deleted this model from the game database and what is necessary, thank you very much for uploading it

Reforged HD Models 35
O yea! Nice to have. 5 stars!
You must log in or register to reply here.