If you could wish for anything what would you wish for?

Maps 1
Ok... i agree... there are good deeds which you can do by stopping time, but i still oppose the idea of going back in time or forth in time because undoing or changing events which already happened has many unknown effects. It's called the "butterfly effect".

Magtheridon96 said:
I wish I'd know what to wish for.
Click to expand...

Wouldn't you be afraid of other people saying you flying with those wings?I mean, we all know what someone people can do to satisfy their own greed or other negative sentiments

For SOPA to not pass. (Cuz it might even kill the internetz!)

If your in Texas, Michigan, Vermont, or Iowa then do not hesitate to contact representatives.

Destroyer25 said:
World peace of course, it will never happen ever, it's not humanly possible, but if we could achieve it via magic, then obviously that.
Click to expand...

What fun is peace?

EroticSideburns said:
What fun is peace?
Click to expand...

None at all. Humans would start committing suicide out of sheer boredom. The sooner people realize that violence is hardwired into us the better. Peace will never exist, not unless everyone on earth lives in absolute fear of instant death from global military retaliation.

Maybe I should have just wished for 100 trillion dollars...

EroticSideburns said:
What fun is peace?
Click to expand...

Peace is a lie, there is only passion

I may sound cruel, but wars are the only things that keep us from overpopulating this planet and thus, completely destroying the ecosystem seeing how careless we are with it

Dynamiczx said:
Peace is a lie, there is only passion

I may sound cruel, but wars are the only things that keep us from overpopulating this planet and thus, completely destroying the ecosystem seeing how careless we are with it
Click to expand...

Eh, no. More people die from diseases, old age and accidents than in wars.

HFR said:
Eh, no. More people die from diseases, old age and accidents than in wars.
Click to expand...

Maps 2
Sounds like someone needs to research death statistics. Particularly the point about viruses alone killing more of us than we could have ever hoped to achieve by our own hands.


(Also pretty much every pre-industrial civilization that I'm aware of has maintained strict balance with nature. :V)

Not to mention that we're no where near overpopulating the earth.

Maps 1
If we could invent floating houses then this "over-populating" would never become a problem since we could always make new homes... also not speaking about future colonizations... of other planets, if possible in the future.

Tools 1
Money, then I'd use it to buy what I want. 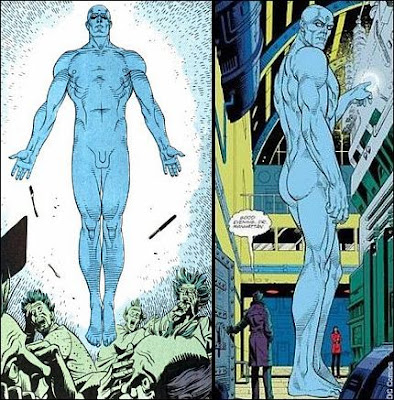 Become something like that.
Endlessly travel the cosmos, search for something; be that life, planets, dying stars, the unknown.

@EroticSideburns, you've some good points, but I'd like to mention what I feel about immortality.

I agree with you, eternal life would grow very boring after a couple of millenniums, just think about all that time we spend doing nothing at all. Just nothing, time that goes by with us doing absolutely nothing (I count aimless browsing, such as roaming YouTube/Facebook for hours as absolute nothing, especially if the most exciting thing you find there is cats and stupid comments such as "I just took a shower!", aimless TV-watching and etc.).

Just think about how much time you would spend doing nothing in eternity; I'd bet that would kill you psychologically sooner or later. So for that, I don't want real, "human-Earth-stuck" immortality; it's pointless. But as for the example I began this post with; a cosmic-being, ruling the laws of psychics... Sounds... Interesting

But at the same time, I do wish that death wasn't so damn present; we are given... What? 60-100 years on this feeble Earth? Sometimes even far less than that and I do wish that it wouldn't be that present. Just waking up everyday increases your chance of dying and I hate that, I'd like a fixed time so that I'd at least be able to stick around for 200 years or so; to actually see the evolution of us, new inventions, new civilizations and etc.

But death continues to be so damn present; you can die at any given time and I hate that... I'd like, as mentioned, to at least be given a fixed "minimum" time here on Earth without the presence of death.

And just a stupid side-note, no, I don’t really fear death; I just don’t want to leave this shithole too early… I just want to see what will happen to us as a species…

Maps 1
I like your opinion about death Arowanna92, i feel mostly the same... but it all depends... because even with this "fixed time" you could still die just from a crash/disease/gunshot/etc ... which are not natural deaths... because now... it depends on how you view "death".

Maps 1
@Arowanna92
The reason to why you want to live longer is because you're still young. I don't think you'll feel the same way after ~40 years.

Also, isn't Dr. Manhattan a pretty good example of what infinite power really is? It's not like he was going around air-skiing whilst juggling trains.
Sure, he got rid of all boundaries with his powers, but that only increases his mental lifespan by X much time.

There is no pleasure in infinite anything.

I think I could get a ton of pleasure out of infinite power. I could see the beauty of the universe one galaxy at a time.

Maps 1
How can you see the beauty trough power? You only need a soul... as for "the means of transportation" throughout the universe... then it's easy just asking for the power of space flight, not infinite power...

I just want to be like my idea of the Archangel Michael and be able to fly around the universe unsuspected, while changing the outcomes of small events to fall in favor of justice and still be able to admire the little things (like the universe, maybe the universe is little comparitively). I have no idea that this is actually anything like what an Archangel does if they exist, especially if they exist in another dimension/s. This desire might be a bit of a hunger for power, but its just something that I like to think about.

My first wish would probably be that everyone lived on a more beautiful, peaceful planet like the description of the Garden of Eden. However, wanting to wish for something like that does not always seem so benevolent. I always have a reason not to wish for something such as thinking this sort of wish could take all the excitement away from our lives, or would good even be able to exist without evil. So, then I would add extra parts to my wish like: Mistakes would still be prevelent and evil beings would exists deep under ground, but never know that anything existed above them, and they would never come to bother people on the surface, and people would have all sorts of different super powers, and be brave and maybe have to go fight the evil creatures because they were planning to take over the universe even though they didn't know that life existed in it. Hahaha I don't know what to wish for.

Maps 1
I myself would like to have the power of flight... to have wings actually... but i don't desire anything more because... i see no point in interfering in minor events... maybe in greater events... yes. When the outcome of a certain thing is too great to be ignored then it's sure that if i could... i would interfere. But in minor events no... because usually interference can break the balance. Flight for me is a dream since childhood... i grew up in some places around mountains and when i climbed on those mountains i could see the entire vale... but i always wondered how would it be to fly like the birds i was seeing... how would it be to fly over those vales and feel that breeze, see that amazing picture...
So... this is how my wish for wings was born.


As for your second idea... yeah, well if we think a bit... we could easily just wish for the world to become like the one in Warcraft... Azeroth... just think about it... it's a world filled with magic, powers... amazing places... peace mostly... but sometimes wars appear... or demons from the nether realms begin to attack and the living races unite to stand against them. I would really like something like that... it would be interesting and i would probably be a night elf...

I think I'd wish (just to make sure) we have alternate realities that we can go between and re-incarnate in whichever one we choose or are needed in. Then, I might add to this reality or another if it doesn't exist: planetary colonies and to always be able to choose to be a human (and in some realities we'd get to customize our character.) Maybe, I'd extrapolate a little more if I could get this wish.

Maps 2
I would be one of the undead/demons attacking.

Dynamiczx said:
Peace is a lie, there is only passion

I may sound cruel, but wars are the only things that keep us from overpopulating this planet and thus, completely destroying the ecosystem seeing how careless we are with it
Click to expand...

I wish Heart of Storms would get released.

Tutorials 2
Most of the humanity - erased, me from the remaining part.

I wish Guild Wars 2, Warcraft IV, a better Fable with another time spell like II had, and an amazing free to play Final Fantasy MMO would be released. They could at least make XII f2p, since XIV has been out for awhile now. I wonder if more people still play XII.

Spells 2 Tutorials 1
To not hurt another person.

Maps 1
^How can this be a wish since it's clear that hurting others is a conscious act... if you don't want to... you will never do it... and if you are thinking of "hurting" their feelings... well yes, that's kind of tricky but it still can be accomplished without wishes.

Icons 1 Skins 1 Tutorials 2
To live as long as I want.

Wc4 and stop taking Arrows to the Knee.

Or, to have not been born with original sin. I wish.

w3.player said:
Hurting others is a conscious act...
Click to expand...

Sometimes you hurt people or mess things up without ever knowing it. Sometimes they'll be hurt enough to tell you. Sometimes they wont care that your regret is sincere.

Maps 1
As i said... it does depend on what do you refer when saying "hurt" because physically i don't think we can hurt anyone unconsciously... maybe only if we had a mental illness...

If we refer to a hurting someone spiritually/mentally/emotionally... then yes, there is a possibility of doing it without knowing.

physically i don't think we can hurt anyone unconsciously
Click to expand...

You can if it's within your moral character.

fladdermasken said:
You can if it's within your moral character.
Click to expand...

Interesting perspective... yes, you might be right here... i agree. I didn't think about this.
You must log in or register to reply here.

What do you wish on christmas =)

[Picture] I wish I could say I'm the only prototype but unfortunately...there are others -Archimonde