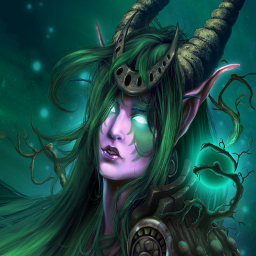 This bundle is marked as approved. It works and satisfies the submission rules.
View usage Statistics Legacy download
Reactions: deepstrasz, Ariagil, I_am_Death and 2 others

Beyond Darkness: The Shadows is a single player role playing game, focusing on fast paced action.
Featuring different background systems, the player is immersed into a challenging world, yet rewarding and brutal.
BY:TS is the sequel to The Awakening, building a bridge from your victory in the original map to a new awakening of the enemy, immersing you in an unforgettable and repeatable experience.


Project's Features:
•Challenging Foes•
The map is divided in different scenario areas, which means other areas will be locked when you enter a certain scenario. Each mission features multiple bosses and different waves with always different units, making the game always harder as you level up. The amount of enemies scales with your hero's level.
•Satisfying Combat•
Each hero will be completely distinct, featuring his own different sets of spells with different roles. Artesia, a powerful sorceress, has multiple sets of spells, being able to switch between 4 spells at any given time to open up a wide variety of strategies.
•Gratifying Item Sets•
Each class has its own item sets, granting them bonuses for their specific strengths and granting them different abilities. Some of the items also have model attachments, making the hero look amazing. 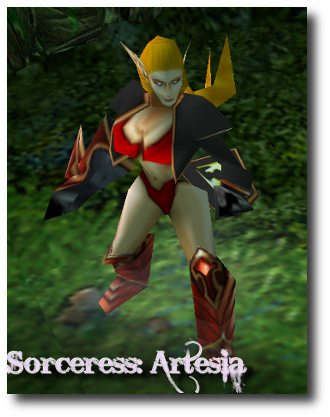 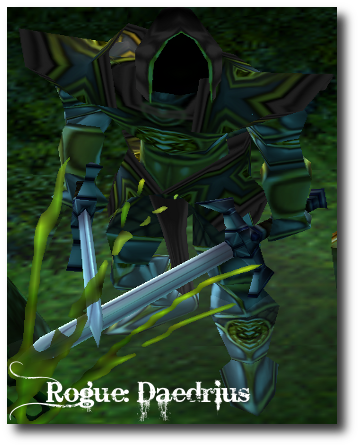 
*This may contain quite a lot of bugs, so please report as many as you can. Frequent minor updates will be published!


*This is going to be the last minor update, the next one 2.0, will contain the AI partially and the second scenario!

*Note that an exclusive special item/spell will not be given to a second user!
*Actual Arcane Mastery balance changes will be coming with a major update along with the second scenario!

Comment: Awesome for all you who love fast battles and constant action.

Packs 1 Maps 20 Templates 5 Tutorials 1
its a singleplayer so no need to worry about the filesize, anyway, I already tried the other versions of this, and I must say that this is a fun map, I specially love the terrain and the spells are wisely chosen to fit with each class.

If I have more time, I'll drop a more detailed review for this and give a rating.

HammerFist132 said:
Just want to take place for first comment. Will use edit, later to comment your map xD
EDIT: Why u have spend so much space on music, could u make bitrate smaller.
Click to expand...

Look in the description, there's a download button for a smaller version without music.

Models 18 Icons 8 Skins 1 Maps 2 Spells 4
@Vengeancekael
From some reasom map won't open to me(3.4mb). I can open it in WE but when I do test map, map wont open

Tools 1 Maps 13 Spells 1 StarCraft II Resources 1
Open it in WE, close the trigger editor and save it again, then try playing it. It should work then. (It's a common bug)
Also 1.1 is out, maybe try the new version.

the terrain and the spells are awesome but the gamestyle is nothing for me. having 50 potions from beginning, destroying senseless 5 wards, spawning masses of creeps and if the potions are used game is over? or did i understand something wrong?

Tools 1 Maps 13 Spells 1 StarCraft II Resources 1
No of course you're right, I've also been thinking about it and I think I'm going to add a cooldown to the use of potions and also reduce the amount of potions you can get.

Models 18 Icons 8 Skins 1 Maps 2 Spells 4
Hello again me, I have just player v1.0 mith mage. Gameplay cool, I like spell, and arcane and fire. But I have some suggestions.
When u pick hero remove hero(or hide) what is not picked. When I killed first boss, and used New items, in that region was nightelf building on water(for ships forgot name xD) I was able to attack it and destroy it.
Spells: usualy when I am in combat casting bar for first arcane spell is shown for about 5-10 seconds. Spell Final hit is OP make it /3 current mana. Mana is regenerating to fast, make it slower, becose my mana never goes under 2.500.
With Final hit I can kill boss in few castings, and I cannot target buildings but I can damage them. Also I had one strange bug: when I was changing talent(in some part of game), once happened to with all arcane spells I have and two fire (Q and w).
Those are only my suggestions and small bug report, map is cool 5/5 and rep

Tools 1 Maps 13 Spells 1 StarCraft II Resources 1
Thanks =)
No I can't remove the non-picked champions, because depending on your decisions later on, they may become your AI companions and the systems and spells are completely based on the placed heroes, not hero types.
As for the new items bug, I'll take a look
I'll fix the casting bar and yeah I do need to nerf Final Hit.
Mana regeneration will be nerfed too and I'll also fix Final Hit.
And yeah I think I know where the problem with the talent changing lies.

Tutorials 1
changing your spell sets refreshes all cooldowns, you should really fix that kael :v

Icons 6 Packs 1 Spells 2
It says "Version without music [20MB smaller]: Link" but when I click it starts to download same size file?

Maps 1
Where are the spells? How on earth do you access them? I dont see any spells to use at all

Tools 1 Maps 13 Spells 1 StarCraft II Resources 1
In the beginning it tells you to press ESC to switch between spell sets.

Models 18 Icons 8 Skins 1 Maps 2 Spells 4
Okey here is one I think bug.
I have finished almost evrthing in map and came to the last part. With orbs and red lighning effect what blocks u.
I was playing with rogue(i think i was in demon form) and I was able to kill orbs olny with spell for summoning unit

Icons 6 Packs 1 Spells 2
Attachment sums it pretty much, I got stuck after taking second boss.
Also I'm unable to play v1.2 for some reason.. It doesn't appear as playable in Warcraft and when I choose it in the map-list, the players below don't show up.

Tools 1 Maps 13 Spells 1 StarCraft II Resources 1
How the hell did you get stuck there lol
I'll fix it asap.

very detailed map hope it's a good as it looks

Maps 5
Epicness on a stick.

I felt like picking a random single player map to try out this morning, and I'm glad I went with this one. The music and skills are awesome. The terrain is good, but the trees and slopes sometimes get in the way of my view (which led me to hitting Delete to switch to the default Warcraft camera). I love the optional playable AI hero idea, and especially the AI for Daedrius and Artesia after switching control to the support hero. Your choice of models and icons make the map feel even more epic.

All-in-all, this was a fun and fast-paced mini RPG with great features and replayability

Tools 1 Maps 13 Spells 1 StarCraft II Resources 1
Thanks for testing Tickles! Sure, I'll look into your suggestions.

Tools 1 Maps 4 Spells 33 JASS 1 Tutorials 4
I like the artesia hero,you almost copied the hero from HoN

Also you should preload all effects/units to prevent the 1st cast lag.

Tools 1 Maps 13 Spells 1 StarCraft II Resources 1
Thanks for the feedback everyone.
1.4 out now.

So great models and spells but so bad camera vision (in any mode - free,not free..) - impossible to normal game! but cool and interesting

This map is so good, nothing to say more

will try it :3 btw dropbox links are all dead

Maps 4
-enemy units stop appearing after a while when battling the last ward before the big one (namely, the one in the south from the two near the big ward)
-the barrier ward (in the west) is defenseless against the ranged hero as it has 500 range and no units to protect it anymore; it takes about 2 minutes to wait for the ward to die...
-Dance of Death just stuns the unit near the heroin while she regenerates; 1v1 battles are quite easy
-the hero reaches maximum level in the first part of the game (the part with the wards in the west)
-you get an ally that is stronger than you and makes things even easier until the Dark Elemetal part that is
-there's no need to spam with "AI is close to dying"
-the end boss said: Finish them! Who's them? It was only my hero
-and where's Daveth? He's talking somehow
-the Dark Elemental and his minions is more powerful than the last boss and his weaklings

This WOULD be a lot of fun if it weren't suffering from some serious bugs and mistakes. I'm playing on version 1.5.

That final bug meant that I haven't finished the game yet. Gonna try again and hope that doesn't repeat, otherwise it means the game is impossible to finish.

Also, something that I wouldn't say is a bug but would be good to change: the Dark Elemental fight never stops spawning skeletons. Playing as Normal Daedrius, if you don't make a beeline for the elemental when he appears, you'll be blocked off from him due to all the skeletons that Daedrius cannot kill fast enough. The fight then turns into a stalemate. I actually was already blocked off from him when he appeared, but luckily my ultimate transported me to an open path to him.
Obviously the suggestion from me would be to cap off the skeletons to a more manageable amount, or at least make it so that they can't block you off from the boss.
You must log in or register to reply here.

Beyond the Dark Portal (WIP)
2

Beyond Light And Darkness v1.2.1

D
Beyond the Dark Portal: Orc