1- The Coming of the Horde 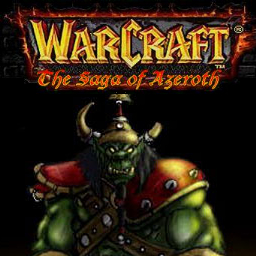 This bundle is marked as approved. It works and satisfies the submission rules.
View usage Statistics
Reactions: Dio7, LISBOAH, deepstrasz and 1 other person
This is the year 583. It is a time of peace in the kingdom of Azeroth. However, a dark figure plots in the darkness, planning to bring murderouss, bloody-thirst beings into this world...

A re-telling of WarCraft I and the events leading up to it.

1- The Coming of the Horde (Campaign)

Filename
1- The Coming of the Horde..w3n

I can easily say that this is one of the best campaigns I ever played!

It is almost like playing Warcraft I, but on Warcraft III.

Have you abandoned the idea for the second part? Because if so, that would be a pity!

Where can I find more of this?

It's good. Amazing how some of the old campaign/map creators were so dedicated and good.

Maps 2
Playlist Anaxie
Full well executed playthrough. If you're struggling give it a look

Maps 12
Funny. I just checked out the site after some time and somebody released the beta of the 2nd part yesterday *thumps up*

Herogod said:
Funny. I just checked out the site after some time and somebody released the beta of the 2nd part yesterday *thumps up*
Click to expand...

have u made any sequel of this campaign ? please reply

rahul12 said:
have u made any sequel of this campaign ? please reply
Click to expand...

2- Winds of the Storm
Here you go, i think they're planing to make it into a trilogy or a saga
Shards of Resistance: The Raiders
This campaign is also pretty good.

Gaddox said:
2- Winds of the Storm
Here you go, i think they're planing to make it into a trilogy or a saga
Click to expand...

no thats all its ever going to be

Anaxie said:
no thats all its ever going to be
Click to expand...

Shame, they're great campaigns, a third one would've been the shit.

Gaddox said:
Shame, they're great campaigns, a third one would've been the shit.
Click to expand...

Chapter 1:
I always wanted to play the basic orc grunt as a hero.
I like the map where it's played - It's big and it leaves a lot for exploration.
Also it's immersive. The music is great. What I dislike is the healing scroll, healing ward etc. drops you get.
It's just too much and it makes it too easy. And then you even have a fountain of health to go to.
Also the necrolyte units with miss chance curse + frost armor? Man that's a bit too op imo.

Chapter 2:
Same as Chapter 1 basically. I also noticed that the dialogues are well done.
Makes it more believable like the orc saying in the beginning "What is this world?... it's so green".
And then the sequence with the bandit which was hillarious.
The story is so good implemented in this campaign.
I dislike that there is basically no challenge in this campaign but it still is fun to play!

Chapter 3:
I really liked that map. I'm a fan of the hero designs. Blackhand is well done. Terrain was superb.
I just wish less items would drop here and there. That's actually my only concern.
Though it's unbalanced I had a fun time killing enemys.

Chapter 4:
I found a bug..When I use reanimate death from Gul'Dan, 2 of my units which are alive
become reanimated. So I constantly lose units when I use this spell.
Also when there are no units of mine nearby, the spell turns 2 living enemy units into reanimated.

I played it through the whole campaign. It was a lot of fun. I really liked the cinematics and dialogues.
Too bad it was actually no challenge for me as I wrote. I could have clear the 2 outposts from humans
with Blackhand and Ura'man alone. They are so strong heroes.
That's why I give it 4/5*. I would wish for a harder challenge, the rest was pretty good.
Last edited: Oct 30, 2018

5/5 had great time playing it!

I mean i enjoyed all 3 base building missions.

I really liked the last mission because i like to play defensively but that isn't the right option here.

for the rpg-esque missions. I just feel like there always too difficult for me. For me it just feels like Blizzard is the only one who has balanced them well.

There were some issues. Like why is necrolyte and guldan the same model and stuff.

Other issue were where auto clicking a spell would push it to the front.

Shellshock said:
for the rpg-esque missions. I just feel like there always too difficult for me.
Click to expand...

I dare you try the next (unfinished) campaign "Winds of the Storm" and see what means the "too difficult rpg missions" phrase. It only has four chapters, but the difficulty system is about three times harder than on this campaign.

Hi, I'm new to this forum and would try to play this campaign on my Warcraft TFT 1.27b. It works on it or there is any version i can get to try this?

Easy to play and great characters. This campaing could be better with voice actors, but the dialogues are good as they are, nice job.
You must log in or register to reply here.