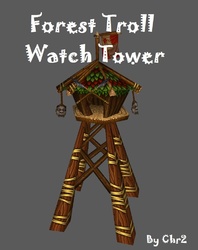 Yeah, it's a Forest Troll Watch Tower.
Aight, so the Watch Tower apparently only uses half of it's texture space (I guess this is meant to reduce filesize or?), so I decided to make this one 512x512 rather than the usual 256x256. Even though I only had half the texture to work with, it was still double of what I'm used to, so... things happened.

I know the filesize is pretty large in itself, but if you can spare the extra kb, I recommend using it with the modified Watch Tower by Ujimasa Hojo found in this link, since it fixes some of the issues the Watch Tower has. 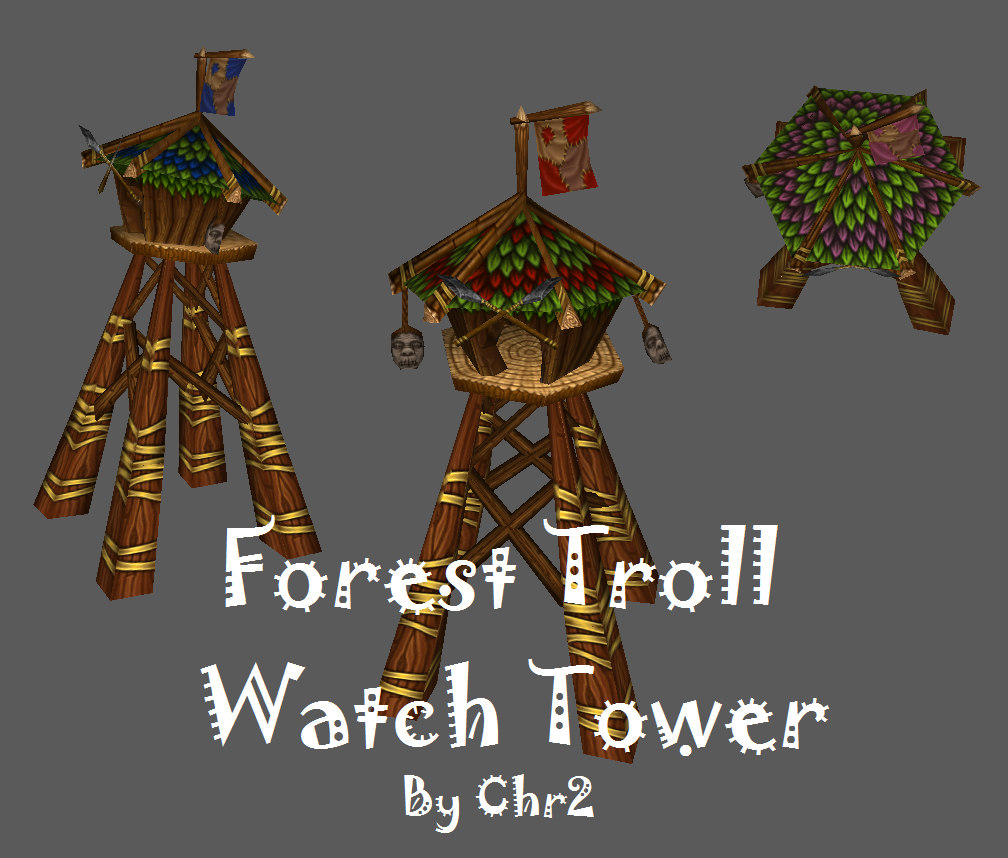 Anyway, give credits and stuff