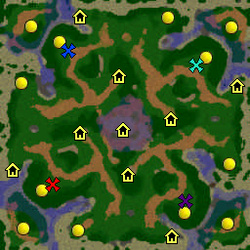 Hey girls and boys,
this project is my turn on the popular Dota 2 mode for the Warcraft 3 melee gameplay.

Now some explanations for those who are not familiar with the game mode:

Limitations of the current build: