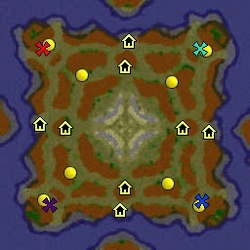 Moderator
09:04, 13th May 2016 Ardenian: Could profit from some more small doodads, especially in the center area, tile variation is good. The only point I see is that the starting locations are too close to the gold mines. You should fix that up. Please also...
Read full review...
Reputation Statistics
Show Ignored Content