Romance of the Three Kingdoms v6.4c 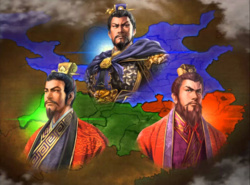 Romance of The Three Kingdoms v6.4c 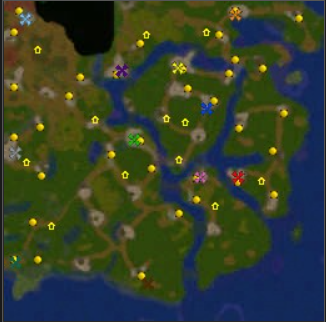 Background History
The setting takes place during the late Eastern Han Dynasty in 190AD, an era that was considered as one of the most chaotic times in Ancient Chinese history. It slowly began with the incompetence of the Han Emperor, formally named Emperor Ling of Han. During his reign, he focused his attention on women and lavish living, and allowed the Imperial Court to be ran by a group of corrupt eunuchs, who imposed heavy tax rates on the citizens across the country. This eventually led to the crumble of the Han Dynasty, provoking rebellions to arise. Soon, many officials in various provinces and regions began to lose faith in the Emperor and decided to claim themselves as Warlords in attempt to unify China and establish a new Dynasty!

This map allows a maximum of 10 players who will experience the lives and hardships of the renown Warlords during this chaotic time. Each Warlord has their own unique advantage, whether it may be income, position, special units, heroes, events...etc. Players will need to decide on their own diplomatic relationships in the game, and slowly expand their lands until the entire China is unified into one single colour. Different regions will offer a different set of Generals to be recruited, as well as unique special units to be enlisted. Thus, one will need to capture additional lands to gain access to more advantages.
Units

This map features 30 unique units that can be trained; however as mentioned above, you will have to conquer the entire China, in order for all 30 unique units to become accessible. Each individual unit in the map can be countered, and this is assisted by tooltips present to guide the basics of the unit counter system. For instance, Pikemen counter Cavalries, Imperial Guards counter Archers, Ranged counters Artilleries.. and so on. 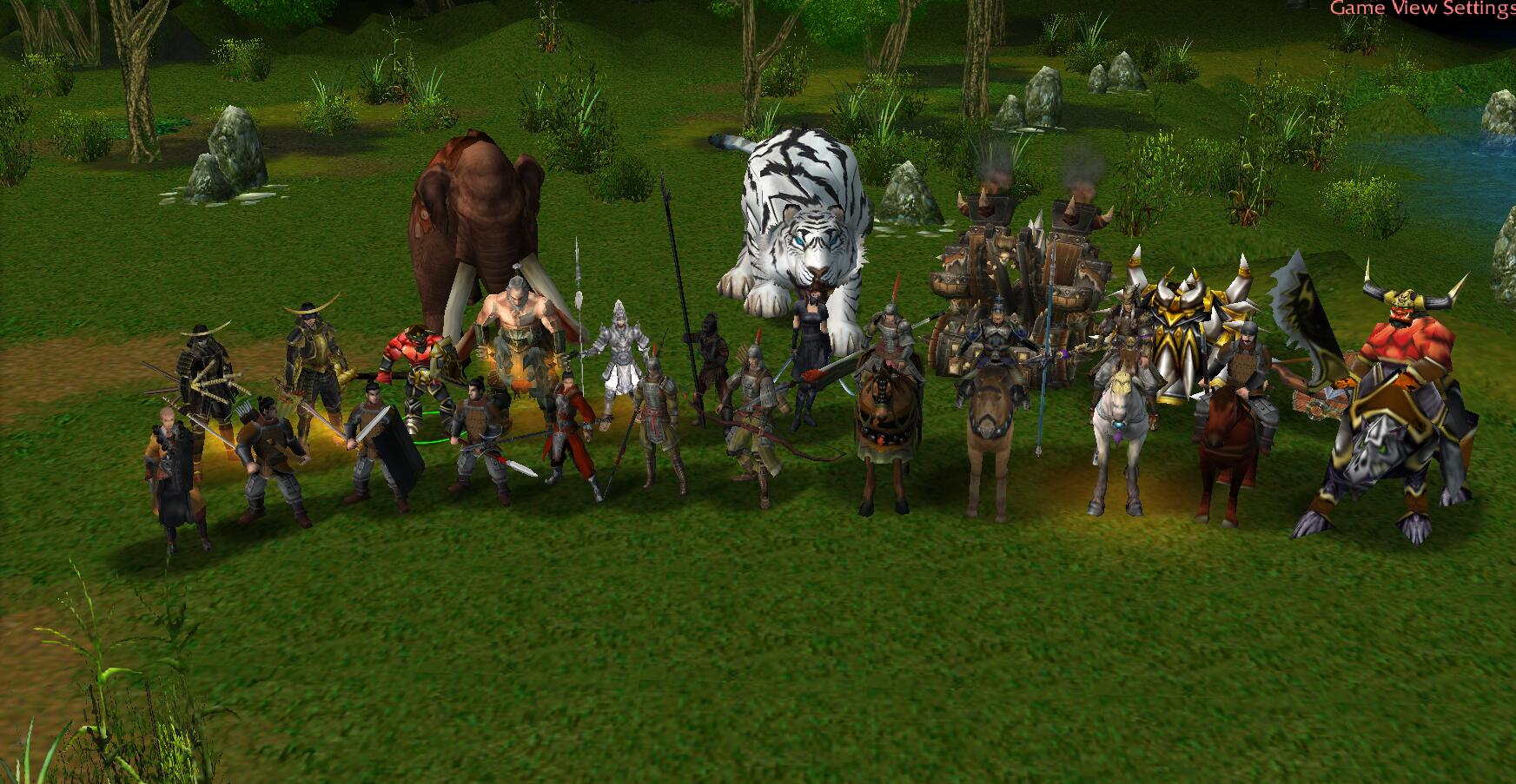 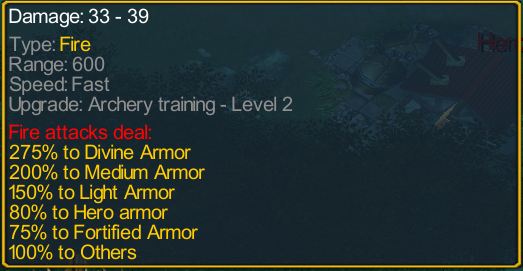 The heroes in the map is divided into 6 different classes: Leaders, Strategists, Ranged Generals, Melee Strength Generals, Melee Agility Generals. Each hero class has an unique set of abilities. The hero abilities are made quite straightforward, and mainly fall under auras and passives. In addition, to make each hero much more unique aside from the unique custom models, most heroes have their own unique default passive. Efforts were made to avoid active damage spells for balancing sakes. The hero attributes are scaled based on the stats provided by the game, Romance of the Three Kingdoms XIII. 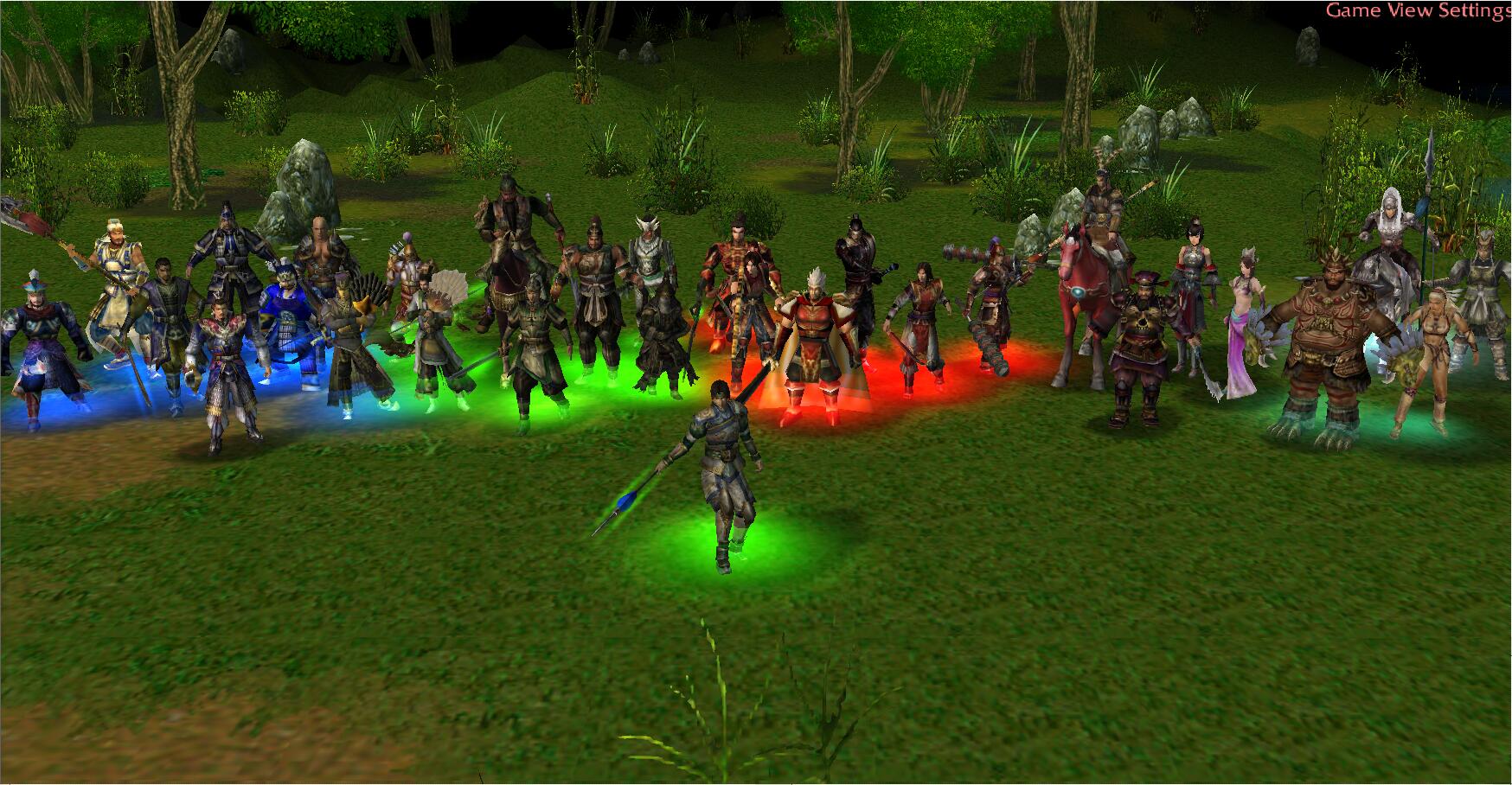 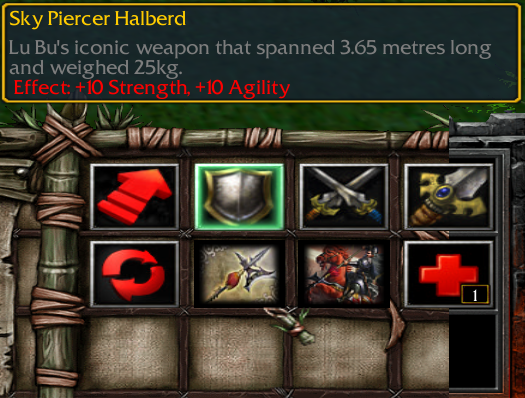 Like many strategy maps in Wc3, the main income source is based on the numbers of cities owned by the player. Similarly, different types of cities will provide a slightly different amount of income. There exists 6 different types of cities: Minor City < Developed City < Major City < Capital City < Imperial Palace. The type of each city is determined based on the prosperity of the cities during 190AD in China, which also mimics the game, Romance of the Three Kingdoms XIII. In addition to city income, players can also train tax collectors which are available from marketplaces of each city, to collect gold from vaults. Other income options also include capturing Sea Control Points, investing in Farmlands/Trade Markets, or simply trading resources at marketplaces.
Terrain and Structures

As this map takes place during the 190AD in Ancient China, it is essential for players to instantly get a very strong feel of the traditional Chinese culture, when they enter into the game world. Hence, extensive model searches were done in attempt to mimic the Ancient Chinese World, which include specific tree doodads, buildings, units, and historical landmarks. 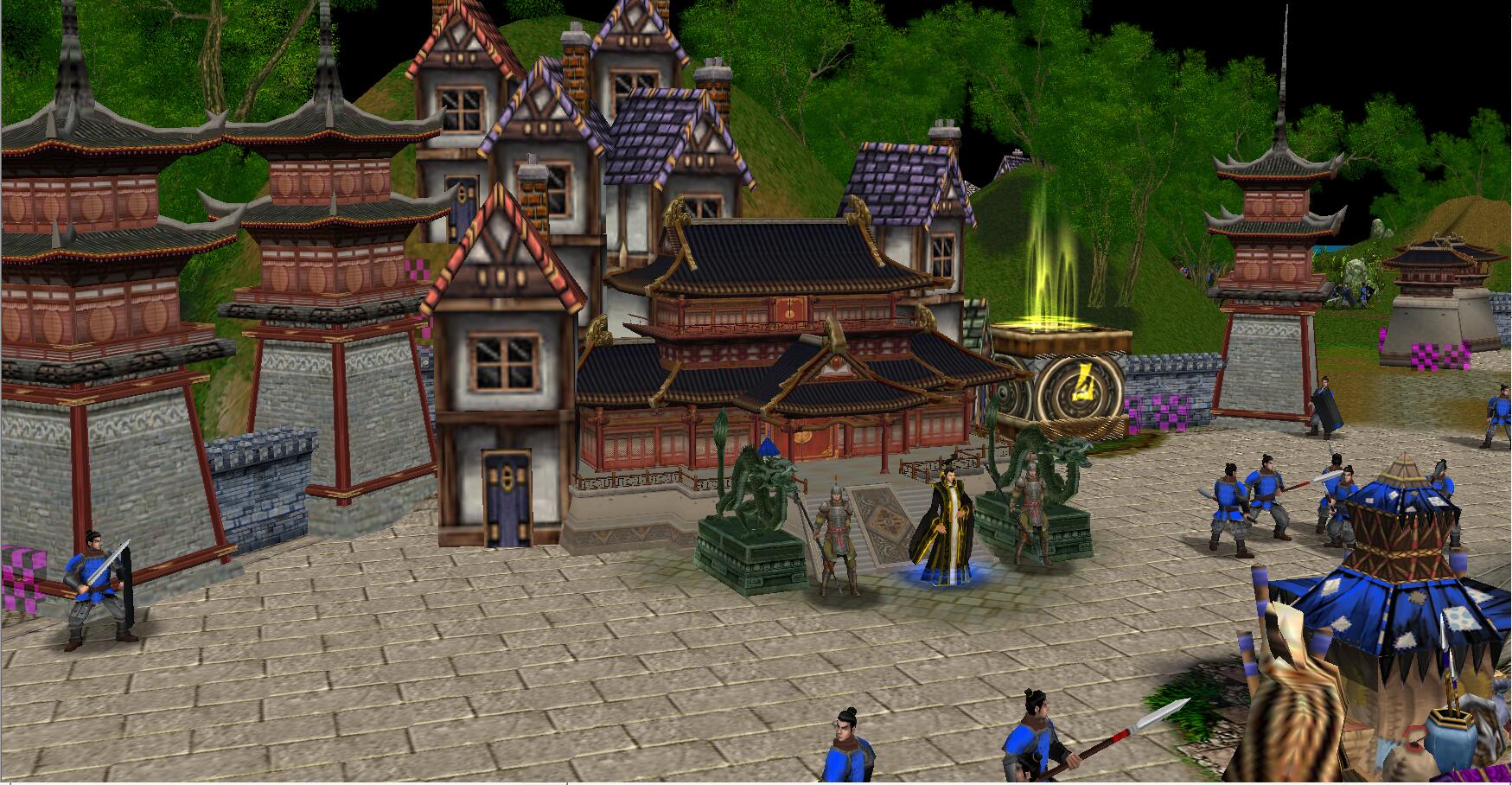 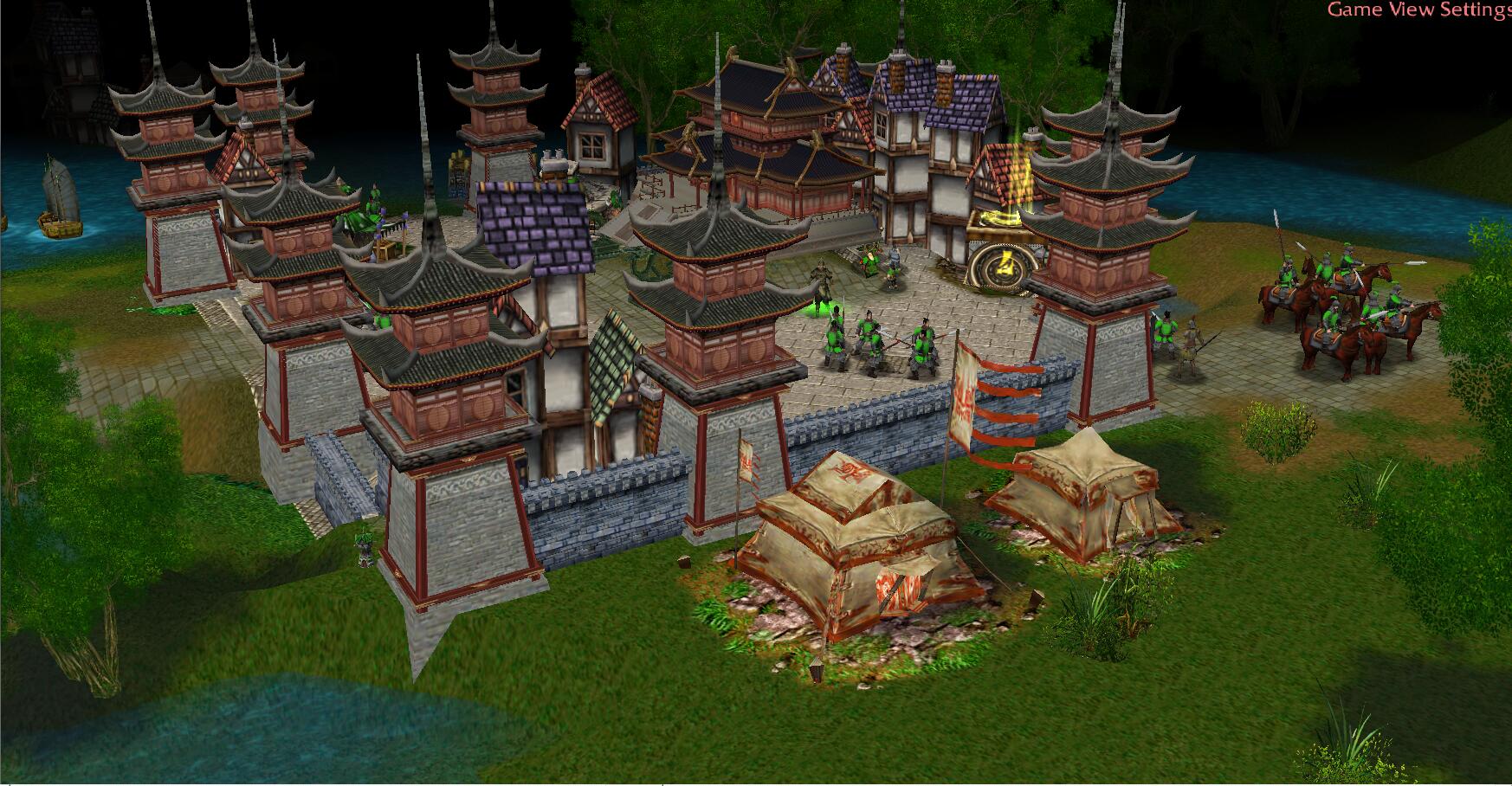 As a gamer myself, I do notice that simply producing armies, capturing cities and warring against enemies do get boring and repetitive at times. So, a key feature of this map is the Special Events that are not commonly seen in traditional RTS custom maps in Wc3. These events are present to serve a few purposes such as introducing additional objectives for players to complete, encouraging players to follow the historical paths, and adding depth to the complexity of the map. There are three different types of events that can occur: Random Events, Historical Events, Player-Specific Events. Random and Historical events will occur naturally and does not require player intervention, while Player-Specific Events require specific players to satisfy a given condition, in order to trigger the event occurrence. 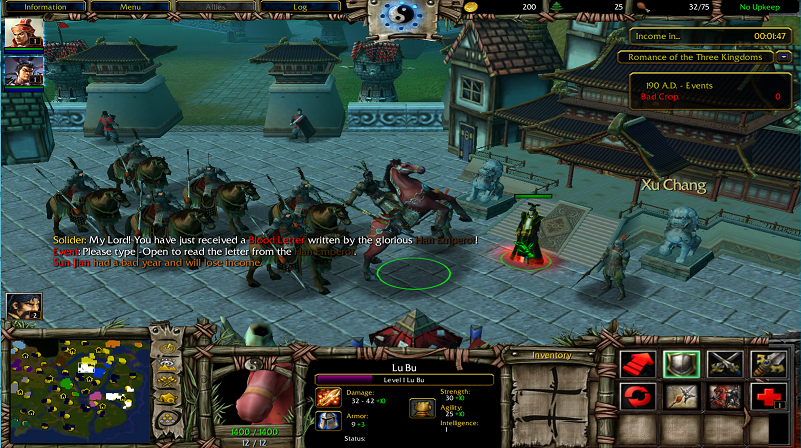 Adjutants serve as the second in command, assisting the leading Generals in devising strategies and offering support on the forefronts of the battlefields. Adjutants in the game are essentially the stronger form of the elite units, as well as offering additional positive auras to nearby friendly units. They can be distinguished from normal units by their larger model size and the special effect positioned overhead of their models. The adjutants were selected based on historically references, in which they were actually the primary leaders of specific elite units in game. The adjutants cannot be specifically trained from a building, they can be obtained in two ways: (1) 5% chance for adjutants to spawn every time an elite unit is trained, (2) Adjutants are guaranteed to spawn once a player has recruited at least 12 units of a specific elite unit type. Note that each adjutant can only belong to a specific player at a time, hence no duplicates are possible. Adjutants can be recruited again, if they have fallen on the battlefield. Finally, Adjutants are units, therefore do not gain experience or skill points.

Political Ideologies are the sets of basic beliefs and values in politics, economics, social and cultural affairs. It is exactly the ideologies of the rulers themselves value that determine the rise of a Nation or mark the dawn of an Empire. Now players in game will have the opportunity to select on their own ideologies based on the options that appeal to them the most. Currently, there are only perks and no disadvantages that come with each ideology; however, improvements on this new gameplay will be made in future updates.

deepstrasz
Do you have permission to edit this map since the original author(s) is not you? Thread description text is really small. Might want to use another font. 1. You should avoid using the same icon for things especially in the same place (eg:...
Read full review...
Reputation Statistics
Page 1 of 2
Show Ignored Content
Page 1 of 2