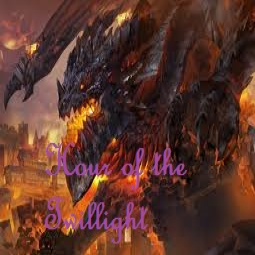 This bundle is marked as approved. It works and satisfies the submission rules.
View usage Statistics Legacy download
Reactions: JesusHipster, Aleister, Rence Kristoff and 1 other person

Hour of the Twilight
Created by Sunreaver

Another map made by me, featuring the Twilight Forces of the Old Gods
The Race is like a combine playstyle of Undead & Night Elf
Be sure to try and enjoy it

Some else stuff about map: 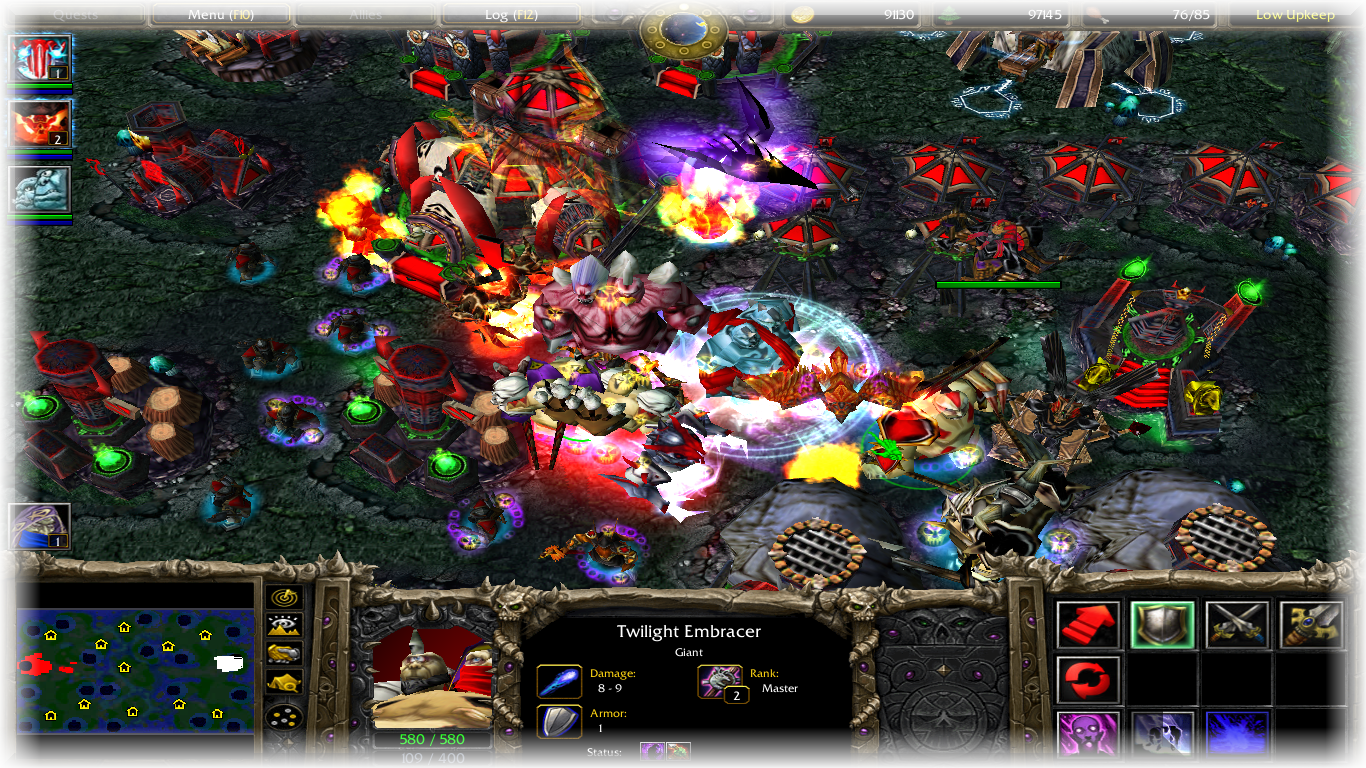 Be sure to try it
Please report bugs

Hour of the Twillight (Map)

Map Info View Resources In Use Preview Triggers
Reviews
21:20, 7th Jun 2015 Shadow Fury: An interesting altered melee map presenting an unique faction. The race offers a diverse way of handling economy and manipulating your army. The heroes have interesting and enjoyable skills, the units (even including...
Read full review...

21:20, 7th Jun 2015
Shadow Fury: An interesting altered melee map presenting an unique faction. The race offers a diverse way of handling economy and manipulating your army. The heroes have interesting and enjoyable skills, the units (even including the workers!) have great abilities and overall the game feels balanced when playing this race. For those reasons, the map is approved with a rating of 4/5. Good job, after several updates, the shiny glorious day of approval has finally come!

Thank u for your kind words+ rep

Maps 3 Spells 2
Looking forward for this to be approved.

Maps 3 Templates 1
Here's a review listing all bugs and problems:

1- The gold mine is never consumed. It stays at its fixed value which means that I do not need expansion sites. This is just too unbalanced and unfair. Additionally, that +25 gold is too much. I get very rich too quickly and I manage to upgrade the main building, Whisperer's Sanctum, to its tier 2 before even attacking the first creep camp with my just-summoned hero while also having a good army of Twilight Combatants and Lava Elementals. I suggest decreasing the gold given or increasing the time interval

2- Rampagers can cast Brutish Charge yet if two Rampagers cast this skill in the same moment, they overlap, causing both units to go to the same location. You should use array "Point" variables such that if Point[1] is being used, you utilize Point[2]. If Point[2] is used, you go for Point[3] and so on.

3- The Black Drakes' passive skill, Molten Flame, causes terrible lag, especially if there is more than one Black Drake attacking. This is due to the repetition of the special effect "doom". You should limit that to maxiumum 2 of them

4- Nerfeset Eradicator is too cheap for its power and Twilight Combatants are totally useless in early games, even in their blocks. I'm certain that if I get 15 of them, a bunch of tier 1 units of any race can ultimately destroy them all. Even worse if an enemy hero has an AoE spell... With such low HP (115), they can get killed very quickly. Only the research makes them more useful but by the time I'll manage to research it, we'll already be in late game (it requires tier 3) and I may not need them anymore. Additionally, it happens that if I have, for example, food 14/15 and I train one Twilight Combatant, the food rises to 19/15. That's bad, really. You should check via triggers that when I train a Twilight Combatant, enough food is available. Otherwise, you just cancel the order to train and refund the gold paid

5- The icon for "Sacrifice Soul" of Culists turns green when I pause. As you well know, this is an infraction to the rules therefore you must fix this issue instantly. It's either finding the DISBTN icon or swapping it with another one

6- The Twilight Spire is too cheap for 15 food. I'd suggest increasing its cost or simply setting the food provided to 10

7- Items aren't really innovative. Copying old ones mostly is not a very original idea. I recommend adding different potions and scrolls, just keep the Scroll of Town Portal and the Orb

8- Abberation doesn't have mana, how come he will cast "Tangle" which costs 75 mana?

Those are all the issues I managed to find in two games I played. The race really looks cool and unique but you really require to fix the bugs and make the race more balanced. For now, this gets 2/5 and is set to needs fix till further updates.

Sunreaver said:
Set back to pending please, fix everything already.
Click to expand...

If you update your map, it will be automatically reset back to pending.
As you see, it is pending but I didn't do anything. I shall retest your map now.

Models 2 Packs 1 Maps 13
Is it in pending it think it is not ?
Still need fix

Sunreaver said:
Is it in pending it think it is not ?
Still need fix
Click to expand...

If a map got too many bugs and/or problems, I have to set it to needs fix. As I told you before, once you update your map, it will return pending again. Please don't just do a small update, I want you to make a large update to your map before re-reviewing it.

Models 2 Packs 1 Maps 13
Did u even read the description about the gold mine they are not consume they are like wisp controling trees to get gold but not hurting it.
Million starting gold is for long gameplay same like my other maps.
The dragons fire effect din't cause any lag to my comp but I will change soon

Sunreaver said:
Did u even read the description about the gold mine they are not consume they are like wisp controling trees to get gold but not hurting it.
Million starting gold is for long gameplay same like my other maps.
The dragons fire effect din't cause any lag to my comp but I will change soon
Click to expand...

I already told you what is the problem with that. I won't need any expansion gold mine when doing that so the other gold mines you've put are totally useless and the game itself cannot be called "melee game" anymore. If every player has an almost infinite supply of gold, the game becomes too boring. I don't have to risk to expand and getting sieged right after doing so thus ruining the excitement of the game.
About the Black Drakes, using one does not cause lag but using multiple ones does cause lag. In addition, when one Black Drake is used in battle, lag still occurs.

Maps 3 Spells 2
Update? I Might make a new review for this.

Anyway the changelog is a bit confusing to read. I don't know what updates you did.

Sclammerz said:
OMG, much rating, such voting.
Click to expand...

Exactly. Contains bugs, But high-quality. I had a hard time deciding for this...

Icons 11
man, i love this map, it's just amazing, but it crashes everytime i played it u____u

Rence Kristoff said:
Nice Custom Heroes
I like almost all of your Altered Maps
Click to expand...

Oh man i always din't update my version this is a very old version hahaha.

how do i make the cultist heal my units?

Models 2 Maps 1 Spells 1
I saw jigrael/Tarrasque's "Lightning Lord" model on there, but no credits for him on the upload post. Just FYI.

Kyrbi0 said:
I saw jigrael/Tarrasque's "Lightning Lord" model on there, but no credits for him on the upload post. Just FYI.
Click to expand...

It id in the ingame credits section

It's one of my favorites, so when I saw "Windlord" (btw, wtheck?) & the screenshot showed that zippetey-zappetey wonder, but not in the credits... Just wanted to make sure. : )
You must log in or register to reply here.

L
Hour of The Twilight