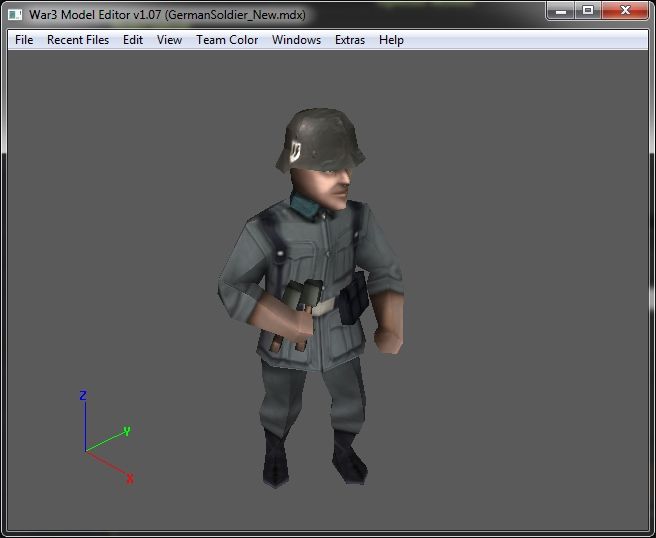 This bundle is marked as approved. It works and satisfies the submission rules.
View usage Statistics Legacy download
Reactions: deepstrasz, Strenon, Hugomath and 8 others
The long-awaited german soldier model from WW2: World in flames is now released.

How to import this model Sanity check More info
Reviews
20:53, 13th Dec 2010 anarchianbedlam: An absolutely beautiful model. Useful and a very low filesize for the quality of work. 138 for a model and texture? nice. The animations are butter smooth. Great work on this one. Approvazzled. (and I assume...
Read full review...

Maps 5
how do you attach weapons to dis model!?

Models 147 Icons 1 Packs 4 Skins 2 Maps 1 Spells 3 Tutorials 1
Create an ability based on "sphere", set "art-target" to this model and "art - attachment point" to "hand, right". Casting time and cooldown should be 0, and clear all other art fields. Give it to the unit. You can also use other abilities, such as "spiked barricades".

Maps 5
Fingolfin can you release the Soviet infantry model. Nice model btw played well on the World in Flames map.

Lovely model I could use.
Is there a German officer too?
You must log in or register to reply here.