Call of The Swarm 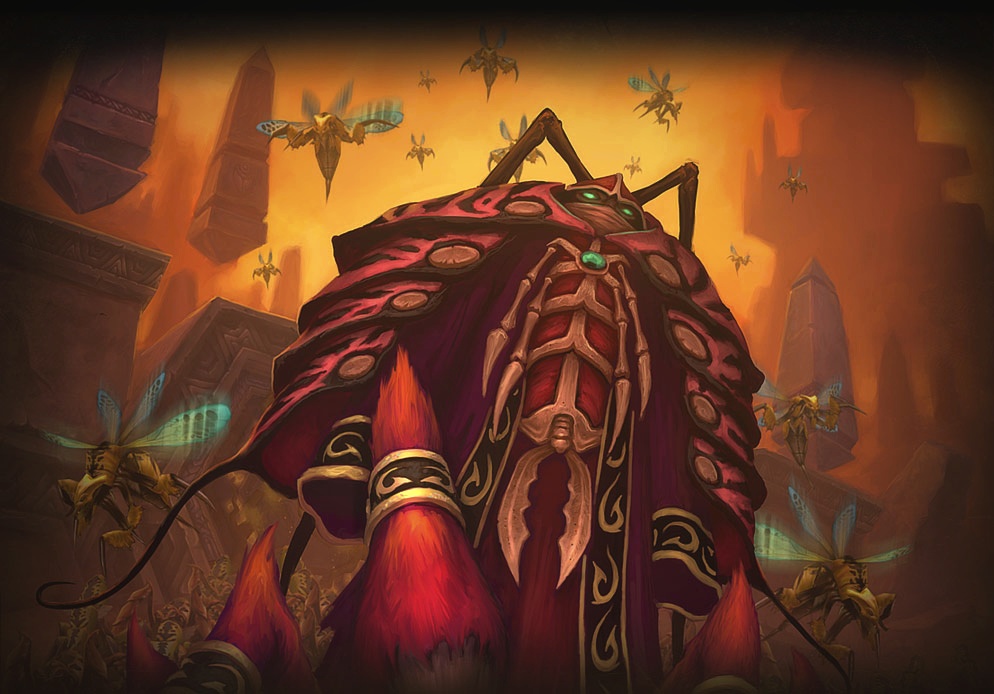 This bundle is marked as pending. It has not been reviewed by a staff member yet.
View usage Statistics
Reactions: stein123, Achille, ThinhHo and 4 others

Call of the Swarm

"Why do you want to remember the War of Shifting Sands?"
Click to expand...

"Campaign inspired by the official Blizzard Entertainment campaign - Founding of Durotar.
Missions are presented in the form of "acts" and "subzones".
At the moment, Act 1 is ready."

pps: I know that might sound weird, but currently it works propely on that version.
Click to expand...

The story dates back to the creation of a single Black Empire that ruled Azeroth until the invasion of the Titans, who wanted to save her soul from the forces of the Abyss.

A protracted and bloody conflict led to the defeat of the forces of the Old Gods, and they themselves were imprisoned in dungeons, leaving their servants to observe and study them.

After the collapse of the Black Empire, the faceless General Kitix, who returned from a long hibernation, tried to revive its former greatness, but fell under the onslaught of the troll clans. The newly created empire cracked at the seams and broke up into 3 states: the northern Kingdom of Azjol-Nerub, the southern State of Manti'vess and the Kingdom of Az-Aqir with its capital in the city of Az-Aqir.

Throughout its history, the Kingdom of Az-Aqir did not know calm: after anxious years of collapse, a military coup took place, which began a long era of "Reorganization" of the state.

But today the junta's power has begun to fade: a quick conflict with neighboring Uldum has turned into an eternal war, the people are becoming poorer, the country is isolated from the outside world, and protests are suppressed with blood.

Will the state be able to survive?
Who will lead it?
You will have to answer these and many other questions.
Click to expand...

FEEL THE OTHER SIDE
Call of the Swarm wants to tell the truth to those who have been branded evil.
Everyone knows that the winners write history.
But how was it really?

MAKE YOUR OWN FATE
Start your path from birth and choose your path:
You create your own destiny.

WORLD ANSWER YOUR CALL
The world does not stand still - most NPCs react to you and your actions.
Talk to anyone, try to find out any rumors or gossip, look for information bit by bit, but remember - do not believe everything you hear.

DOZENS OF ITEMS
More than 70 artifacts and 20 items of other types that a hero can get in his game at the moment.
Some provide only simple stat bonuses, while others provide unique effects that will transform you.

CUSTOM BOSS FIGHTS
Fight the monsters that have flooded the caves under the Hive; find and eliminate the leaders of the bandit clans and clear the dungeons of the Capital; Break into the realm of the earth or go to the future - the deeper you dive into the campaign, the more interesting and stronger the bosses will be.

CHANGEBLE QUESTS
Many different tasks, ranging from storyline to local. And they are all traversed in different ways! The choices given to the player range from simple “Find and bring a beer keg and drink it with the quartermaster” to selective but small acts!

MAP TRANSITION
A must-have in every RPG campaign - your hero is transferred between maps, linking your progress in the campaign.
Sometimes you will be able to open additional tasks in the original map after passing others in a different zone.

This is translated version of my campaign.
Current main-languaged version can be found here:
Russian Current (v2.06)

I'd appreciate any bug reports, suggestions and tips!
Click to expand...

Call of The Swarm (Campaign)

Maps 2
If you find out some translation errors - please, tag me!

Maps 1
Very nice campaign. I play on Russian language. I hope english players will enjoy it!

Okay, i will check it out!

Maps 2
Next version 1.1 will unclude
I think that it will be released on week.

If you have encountered some bugs or want some suggestions - please, write them, i'll try to fix and apply your suggestions.
Last edited: Apr 26, 2021

Maps 2
New version 1.1 - released!
Please, if you encountered some bugs - tag me!
You must log in or register to reply here.