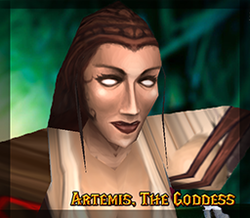 Made for Texturing Contest #30 - Mythological Characters.
Preview images might be a tad bit unpleasing, so it would be better to download the skin and test it on the model.